Can we make Travel Thursday a thing? If the views always look this good, I’m sure none of us would complain :)

As you may have gathered by now, I sort of struggled figuring out the best way to share my Thailand trip (see Bangkok Part I, Part II, and Phuket). Basically I was trying to share a ton of photos, a daily breakdown of what we did, and cover some logistics of our trip that I thought could be useful for someone planning a trip to Thailand. Given that this was my first vacation of its kind since starting this blog (aside from Germany, but there wasn’t as much detail shared there), coverage felt sort of scattered and disorganized. Hopefully you’re still with me, and I promise next time will be a little more orderly :) 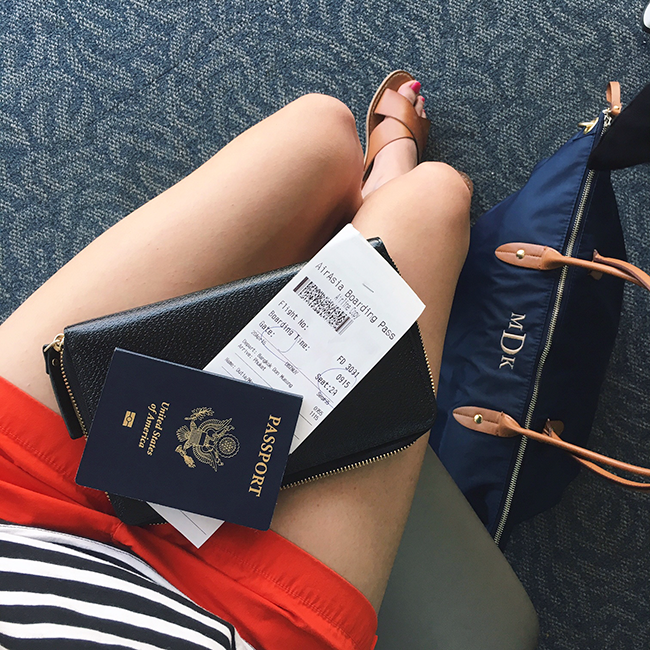 Recap: we spent two days in Bangkok before flying to Phuket (on Air Asia, which worked out well), for three nights. We then flew back to Bangkok for two more nights before heading back to the States. We planned it this way to avoid an extra few hours of travel tied to our international leg, as we’d have had a really long layover in Bangkok on top of a 24+ hour trip before that. This worked out well enough, except that there was a lot of time spent in the car since both everything in Phuket and everything in Bangkok is pretty spread out, meaning it’s about an hour to and from the airport in both cities. Ideally, I’d say to do what we did or plan to visit Bangkok, fly to Phuket, and then head to a third city (even in a different country) and go home from there! For instance, Ashlee flew directly to Cambodia on her Southeast Asia trip. 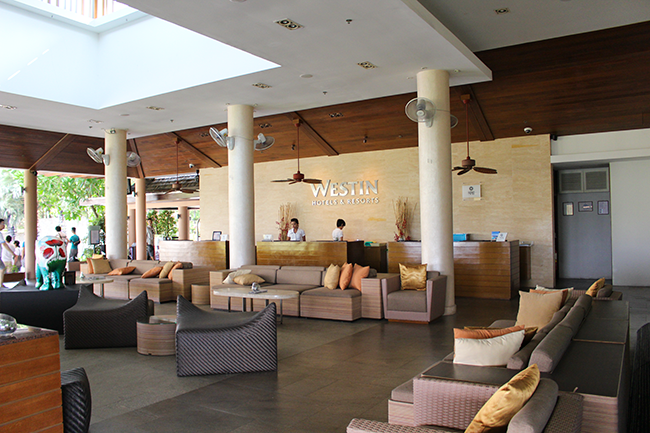 We landed in Phuket early Wednesday morning. The flight from Bangkok was quick–just over an hour. The hotel sent a car to come get us, and we drove the 45 minutes or so to the resort. We were staying at the Westin Siray Bay, a huge property situated on a bay on the far southeast side of the island. It was quite a ways away from the main tourist attractions (which are predominately on the west side of the island) but was good if you’re looking for something quiet and don’t want to leave the resort much.

While I do sort of wish we’d stayed in a more central location and seen a bit more of the island (we did leave the resort a couple times for Old Phuket + the island tour, but didn’t see the more populated beaches/downtown area at all), it was perfect for a quintessential relaxing getaway. If you did want to make trips to the other side of the island, the hotel had a shuttle available for a modest fee. 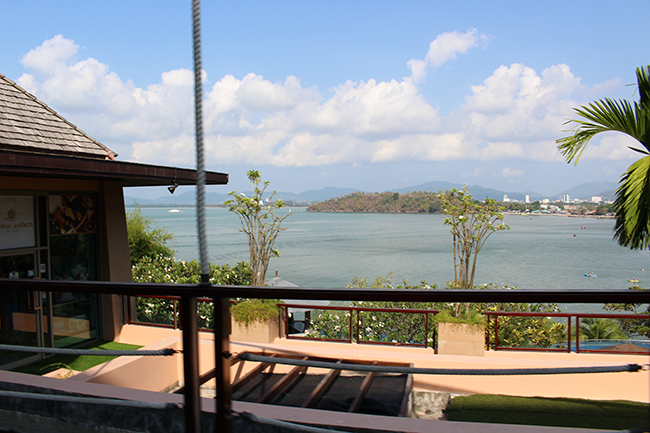 You go everywhere by golf cart since the property is so large and hilly – this was the view of the bay while crossing one of the little bridges!

I’ll spare the details, but basically we spent one night in standard rooms and the other two nights in a huge villa. My parents and I had separate rooms the first night and then shared the villa, which was amazing. There were two huge bedrooms with their own massive bathrooms, a living room, and a private outdoor space + pool.

This was my first room…plenty big, a private balcony, a nice tub, and amazing views. 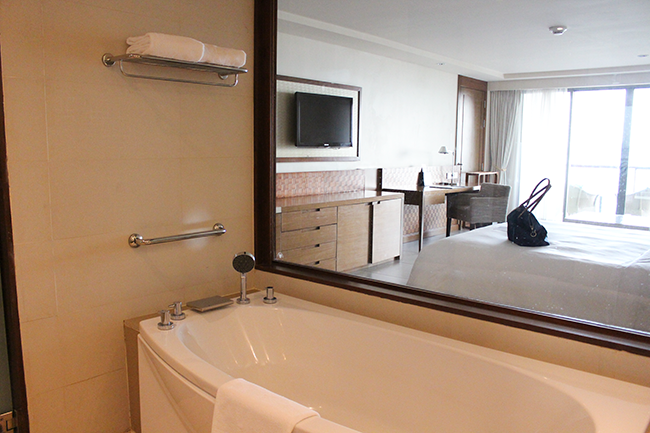 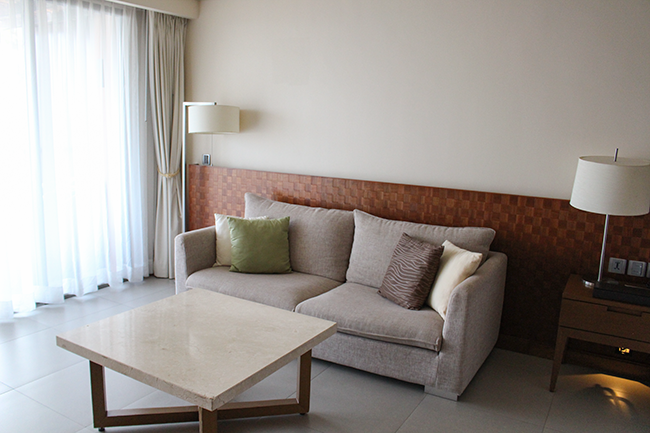 Something to note about lodging in Thailand is that it’s pretty affordable compared to prices in the US. This was a four star resort and it’s not uncommon to get rooms somewhere like this (or even nicer) for around or under $100/night. Basically, the international flight can cost an arm and a leg, but you can definitely experience luxury on a budget while you’re there. 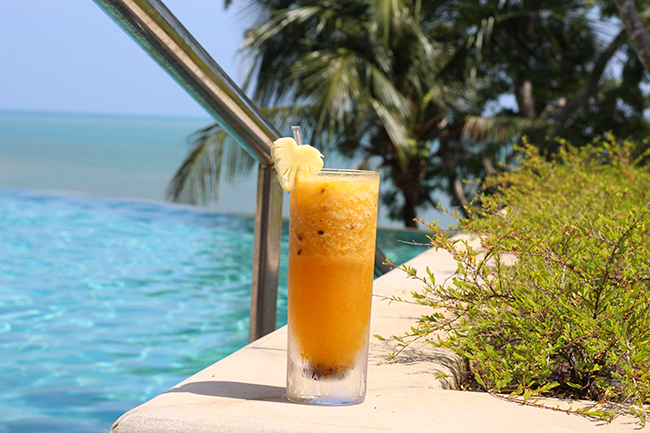 There were three pools…I camped out by this one for a day. Plenty of shade + bay views + pizza + a cocktail. The dream!

The villa was insane. I’d love to do a couples vacation/group vacation in a place like this…everyone gets their own space but there’s plenty of common area as well. 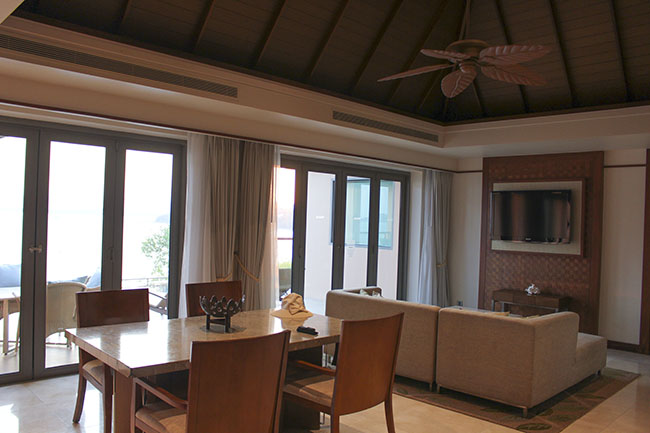 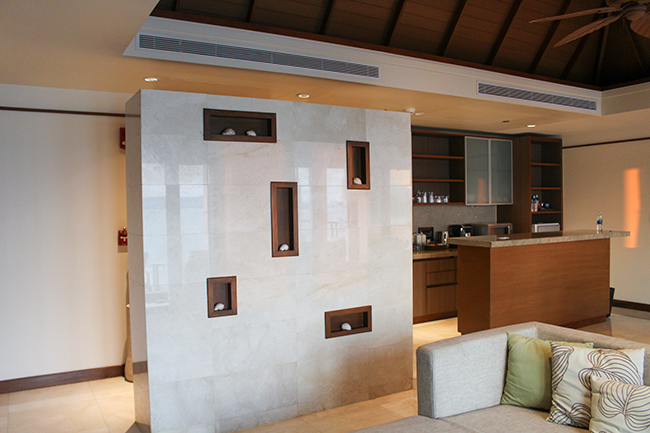 The tub in the master suite. 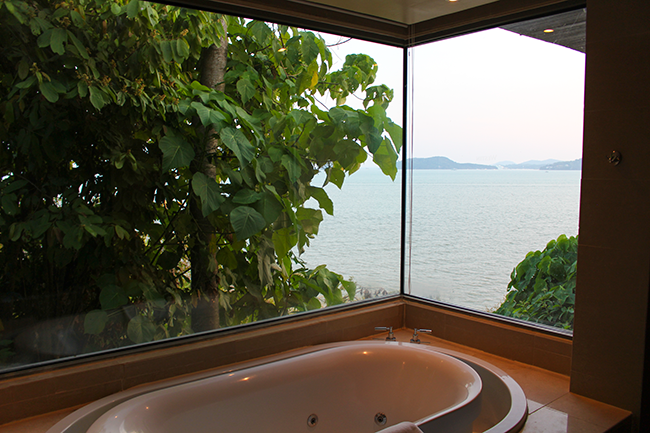 The sunset was unlike anything I’ve ever seen before and I wish I could go back and experience it. This is the stuff you only see in movies! This was taken from our patio (as was the first photo in this post).

It’s a little shameful, but we actually didn’t exclusively eat Thai–or Asian–food for that matter. The hotel had Italian, international, and Asian…the Italian and Asian were definitely our favorites! While still less expensive than those meals would be in the US, you definitely are paying resort prices (compared to food outside the hotel). Also like I mentioned before, breakfast buffets are huge over there. So, so good!

Another view of my favorite pool.

The main downside to this resort was that it’s on the older side, and some parts–namely rooms–can be a little worn out. Reviews are mixed about the golf carts…apparently they’re fairly common for places like this, but this was my first experience and I wasn’t a huge fan of not being able to easily get back to my room on my own. They were fun to ride, though, and the staff was great! Also remember that you’re in Thailand, it’s hot, and you’re on an island…so there are some bugs/lizards/etc. The rooms did open to the outdoors which isn’t my favorite setup, but it made perfect sense given the environment we were in. I’d imagine most resorts on the island are similar…I remember having our hotel in Cancun (years ago!) being arranged like that as well.

So there you have it! Finally the end of my Thailand trip. Definitely let me know if you have any questions about visiting/the hotel, and I’ll do my best to answer them!