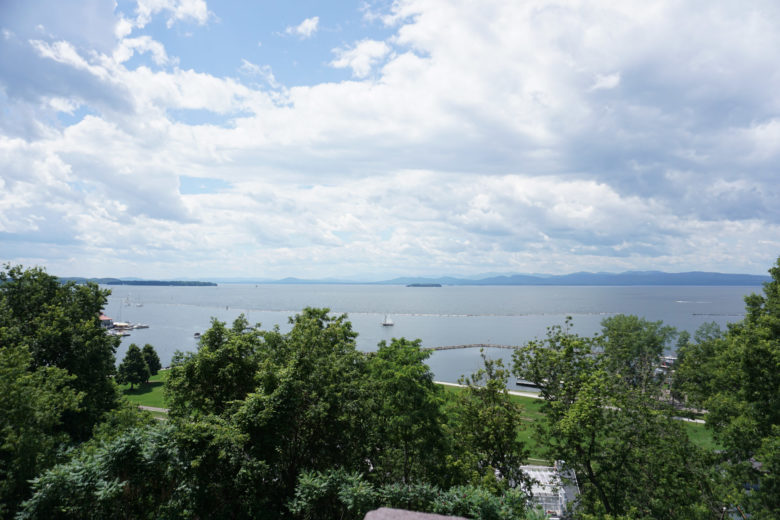 For those keeping track at home, Vermont completely lived up to expectations and was the best place to spend a girls weekend! I flew up to Boston last Thursday afternoon, met up with a few friends living in the city that evening, and a couple of us drove up to Burlington Friday morning. 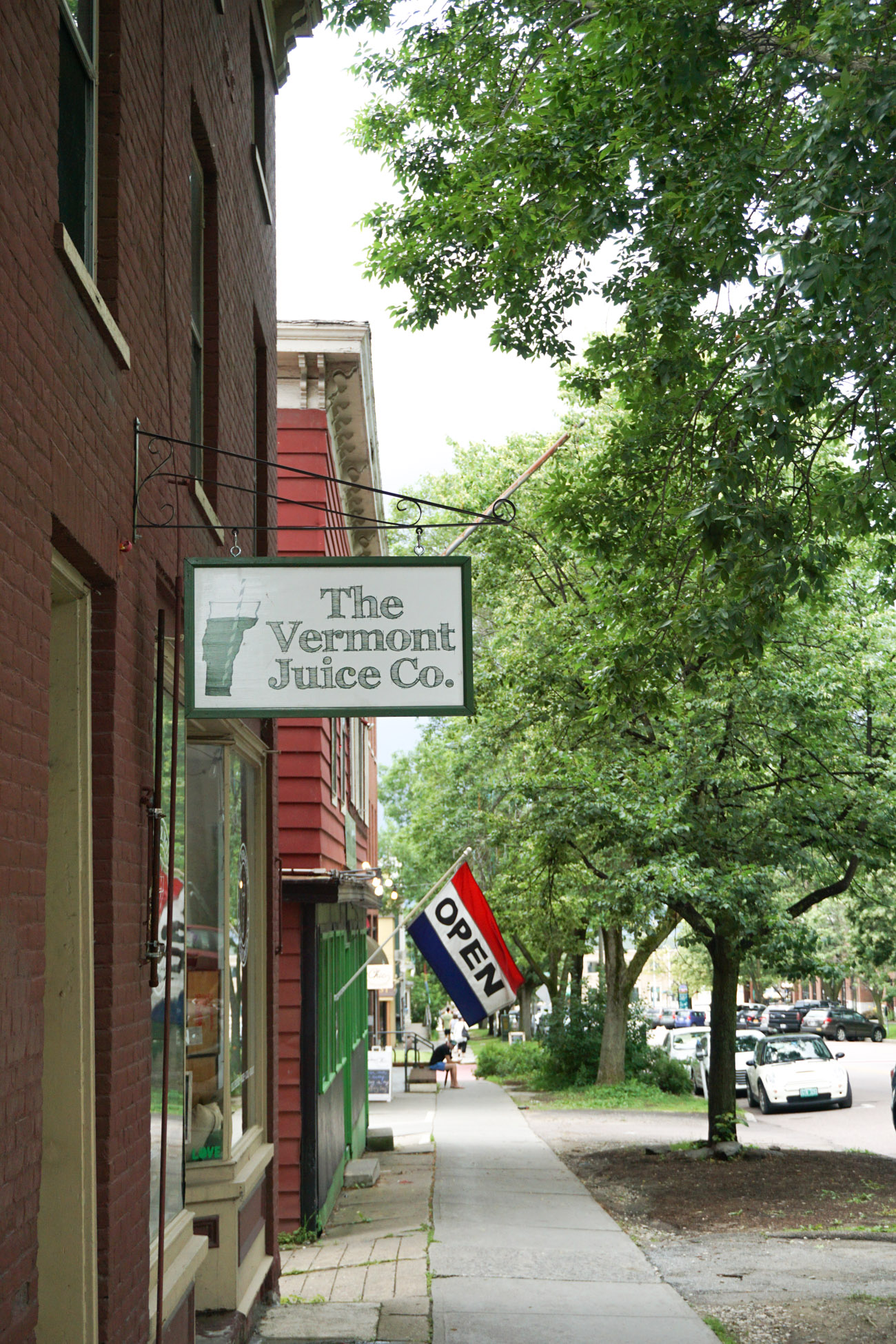 Something random that I was kind of ridiculously excited about regarding this trip was being able to stop by the Barbour Clearance Center in Milford, NH. It’s definitely a bit of a detour but not too bad if you’re already in the area or passing through (it’s just over a half hour outside Manchester.) Apparently everything is usually 30% off, but sometimes it’s 50%, which was the case when we were there. The best part is that they stock all the classics–the Bedale, Beadnell, and Ashby to name a few–and none of them are made-for-outlet, meaning you’re getting the completely real deal. They do mark the inside tag with a little permanent marker but it’s hardly noticeable. I ended up picking up three jackets (the Ashby for J, and two for myself: the waxed Beadnell and the quilted Beadnell), and they were a total steal being half off and because there’s no sales tax in New Hampshire. My friend also got a $30 jacket off the “damaged” rack…apparently it was “dirty,” but it wasn’t. There are a bunch of samples + one off pieces like this, too. How great is that?! So basically, stop by if you’re ever within driving distance, or take a roadtrip if it’s feasible…so, so worth it! I’m sure they’ll also let you know what the current deals are if you call ahead of time. 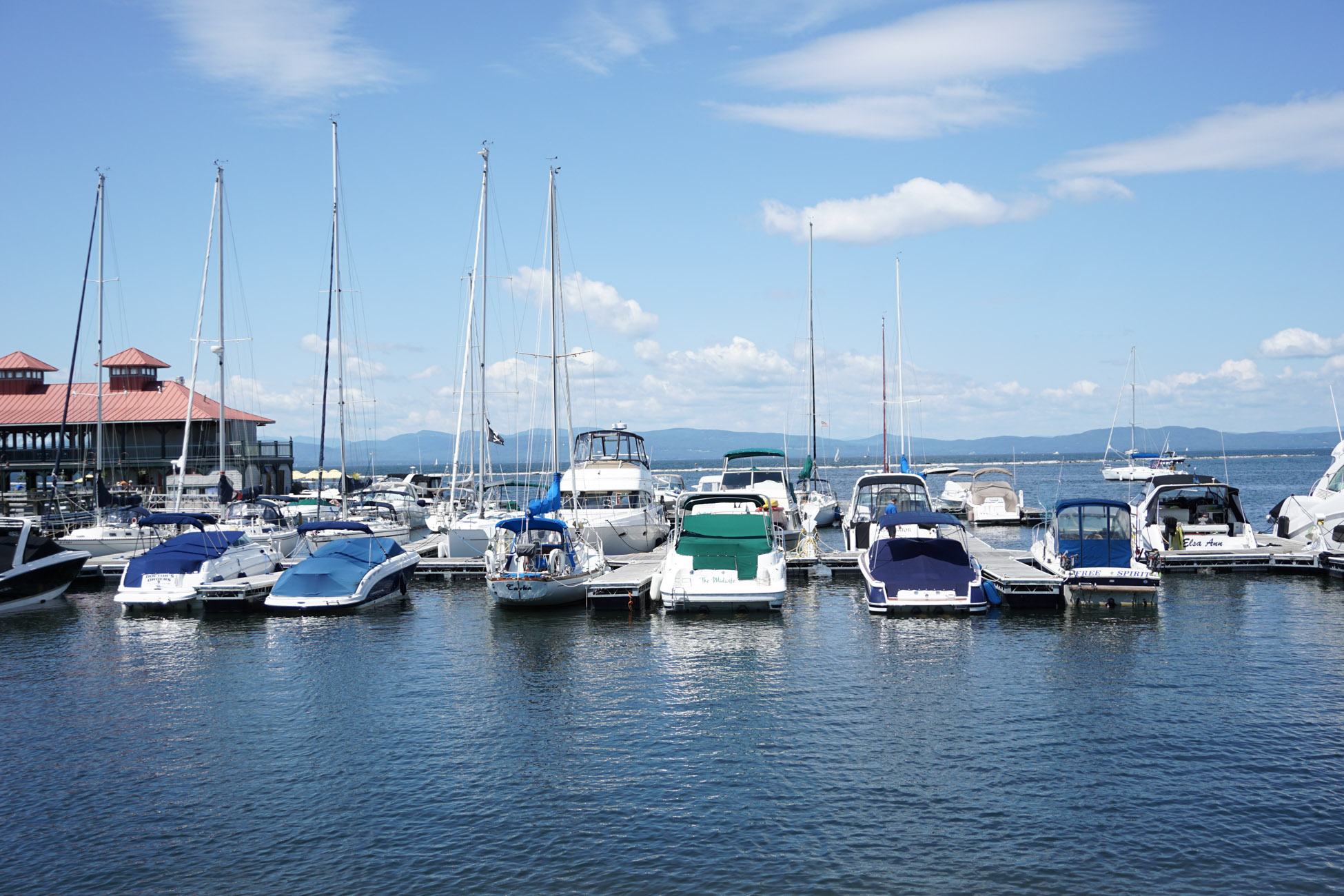 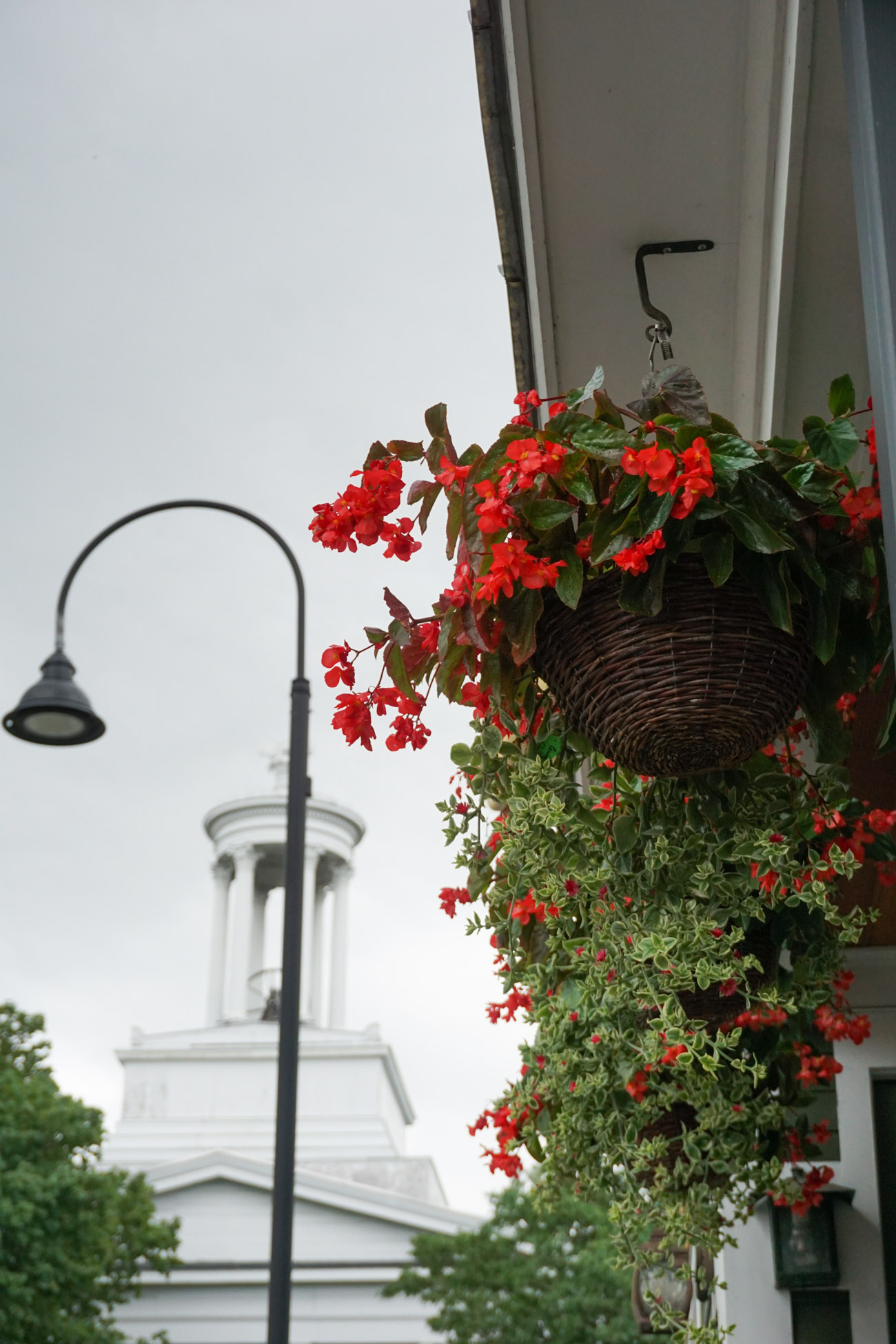 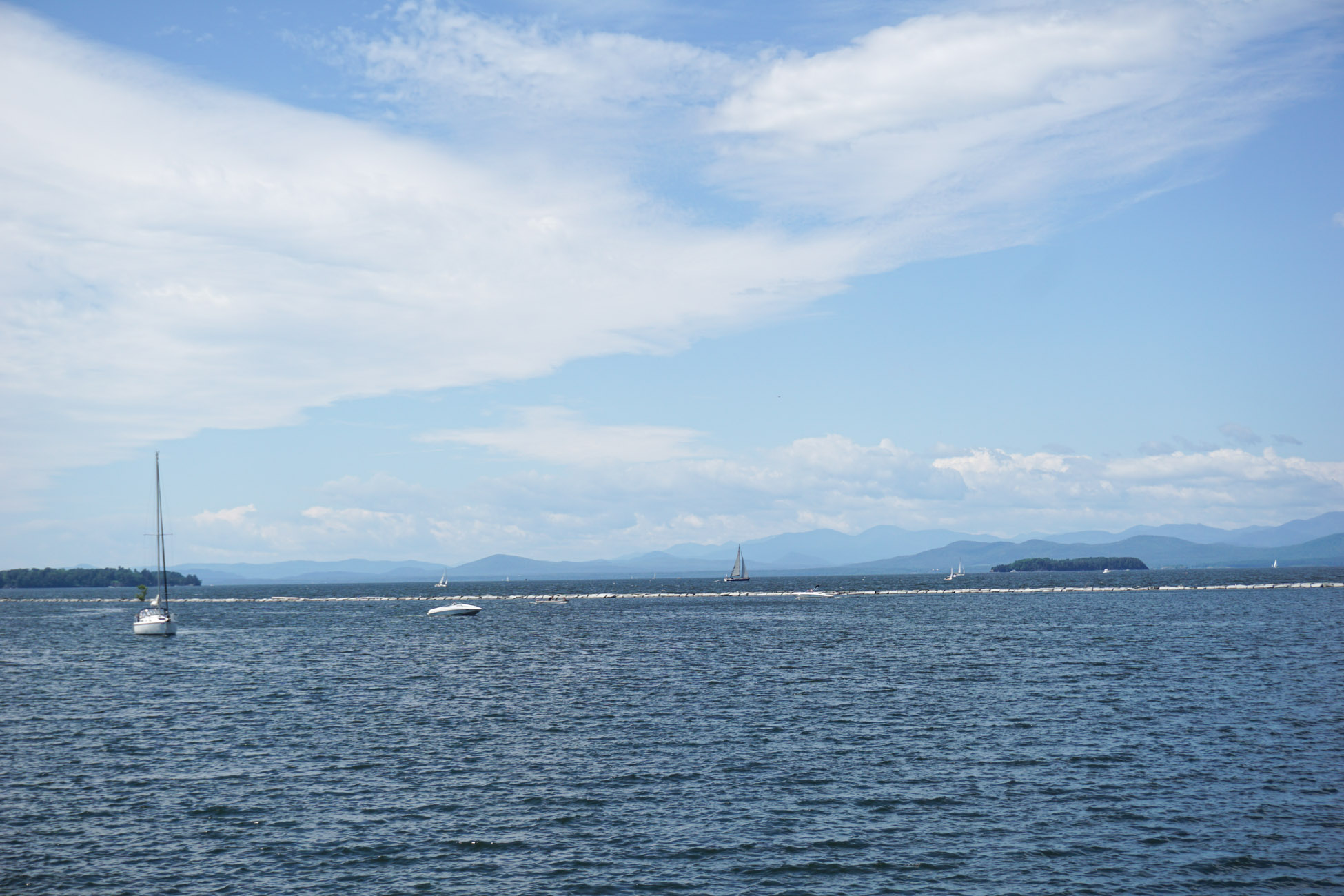 We got to Burlington around 5:30 Friday afternoon, checked into our Airbnb, and snacked on some chips + wine before taking the scenic route by the lake to get ourselves downtown for dinner. Lake Champlain is so beautiful, and we didn’t mind the 45 minute walk one bit! After dinner at American Flatbread, we grabbed creemes at Burlington Bay Creemes, strolled around Church Street, and called an Uber back to the house.

Saturday was pretty gross in terms of weather–we’re talking a handful of massive rainstorms with lightening–but we still got in brunch at Penny Cluse, walk through the local farmers market, a tasting at Citizen Cider, a stop at Lake Champlain Chocolates, and a quick visit to Switchback Brewery. We capped the afternoon off with some Netflix and lounging before walking back into town for dinner at The Farmhouse. Dessert was Ben & Jerry’s (how could we not?) Lots of walking, eating, and some drinking…basically the perfect vacation :) 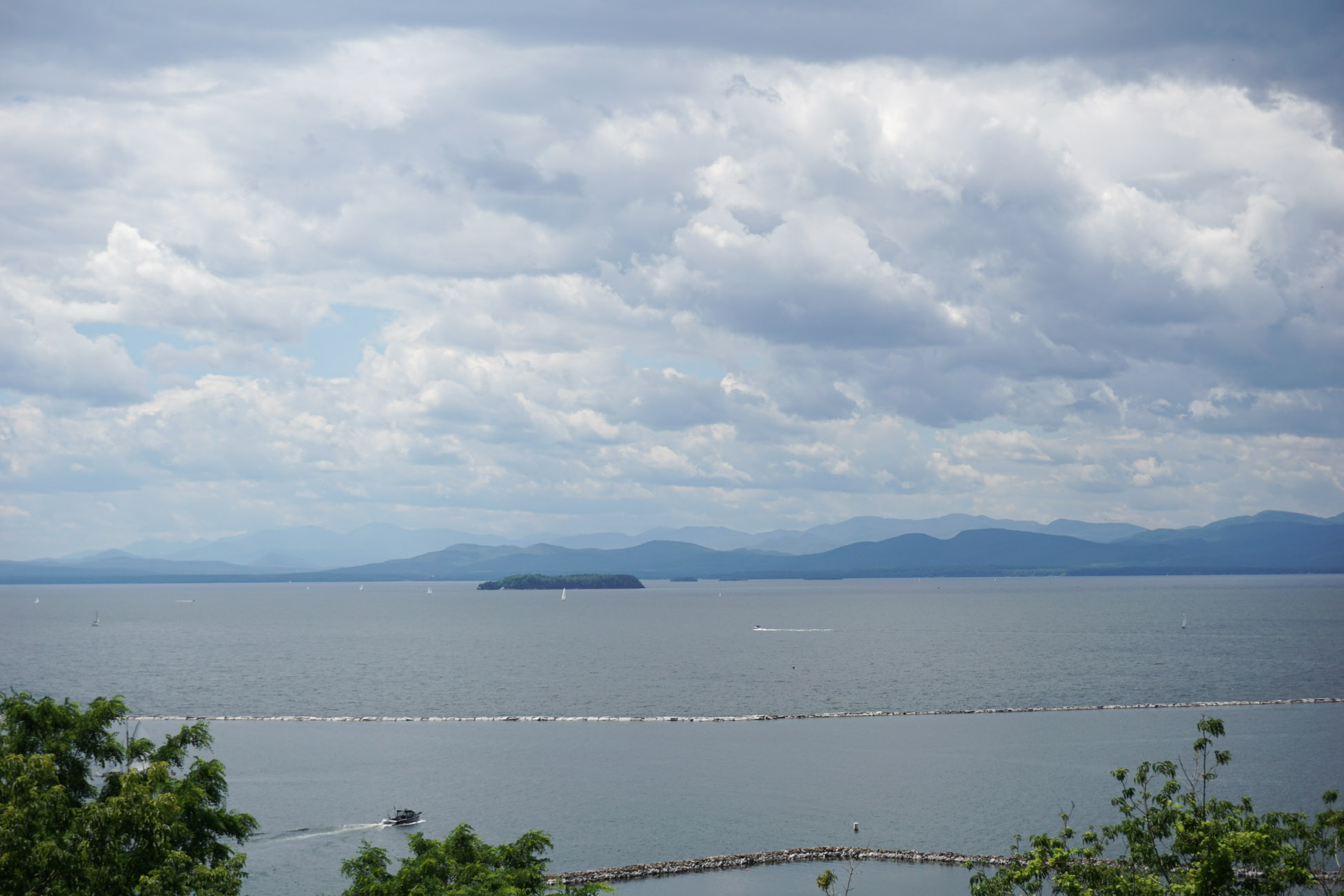 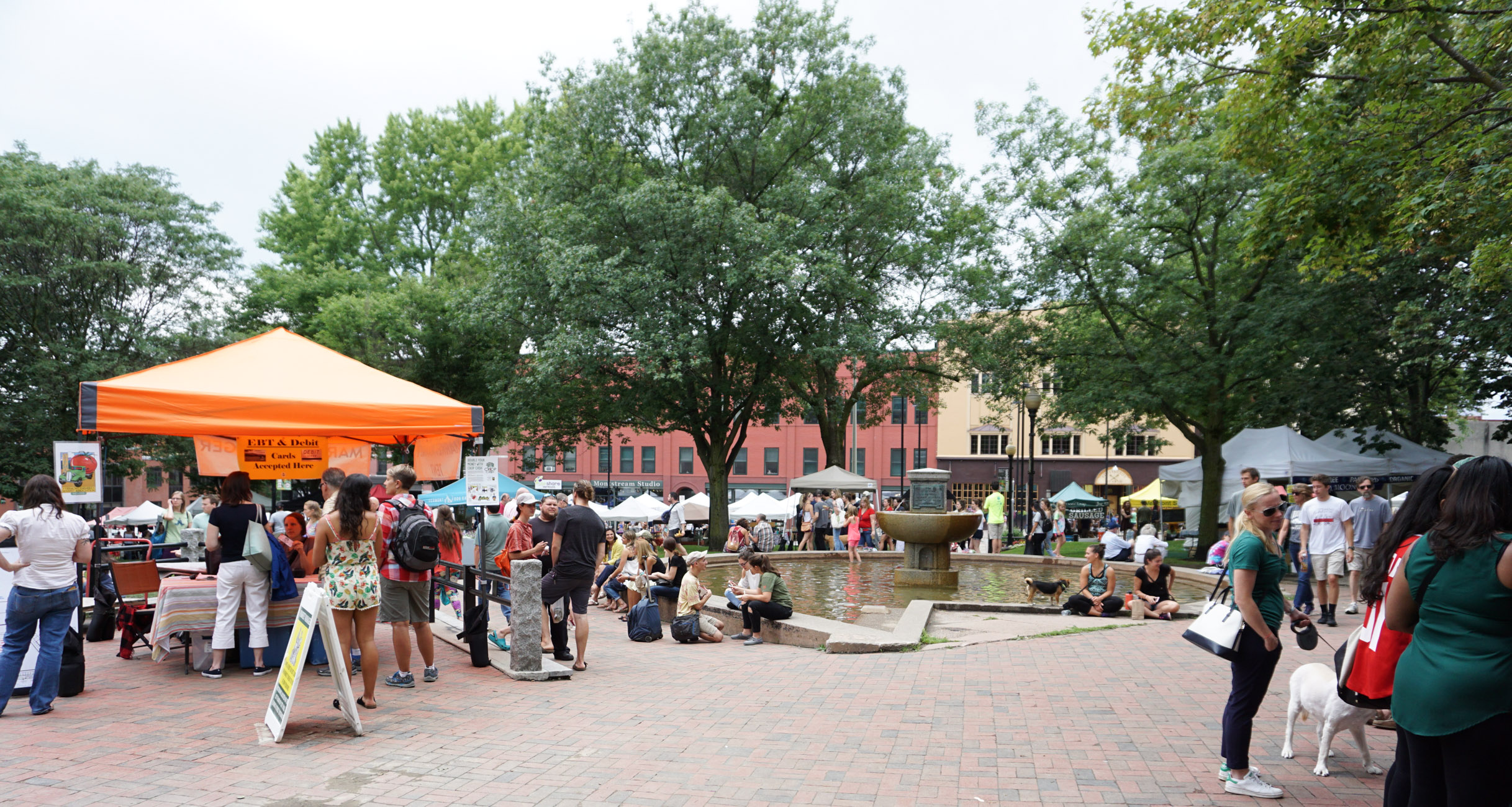 It was beautiful out on Sunday, so we started the day with walks/runs before brunching at the famous The Skinny Pancake. A couple girls had to head out (it was a trip with DC-based friends, but they’re all from New England and happen to be coming from their parents’ homes that weekend) and the rest of us went on a walk…check out those views above! We cooled down at the insanely adorable and delicious Monarch & The Milkweed–definitely don’t miss those photos below because #brandinggoals. Also, a note that the Burlington airport is really, really close to downtown and could not have been more convenient. However, it is a small airport so tickets are pretty pricey, which is why I opted to fly into Boston (since I had a ride up) and just out one way. The flight to DCA was just over an hour…easy peasy! 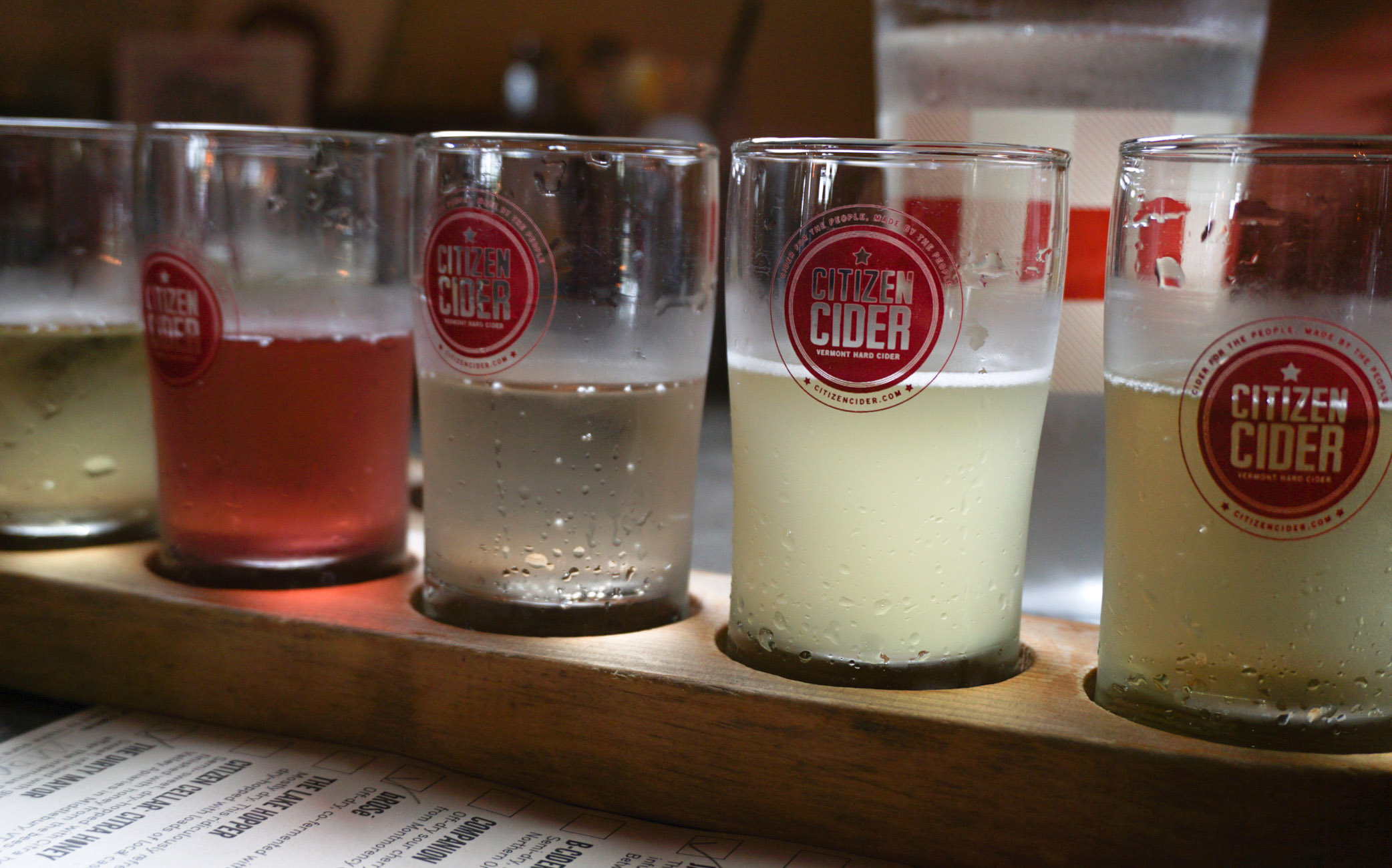 More on what we ate + drank (since that’s the bulk of what we did), below:

American Flatbread: Hands down one of the best pizza places I’ve ever eaten at. We got beers, split a salad, and ordered a large pizza and the total for three people with tax and tip was $60! The pizza was so, so good–hearty toppings, perfectly thin but not too thin crust, and it was cut into easy to eat small rectangular pieces. We got half our pizza with the Revolution and half with New Vermont Sausage…both were delish. Apparently you can buy their pizzas frozen at some grocery stores so I’ll be scoping that out. The restaurant also has Zero Gravity beer–it’s local and delicious–on draft.

Burlington Bay Creemes: Everyone said getting a creeme was a must, so how could we not? It’s Vermont’s version of soft serve and soooo good. Obviously I went with maple because #WhenInVermont, but wish I were hungry enough to try the vanilla on our way out of town Sunday. This spot was right on the lake and has lots of outdoor seating! 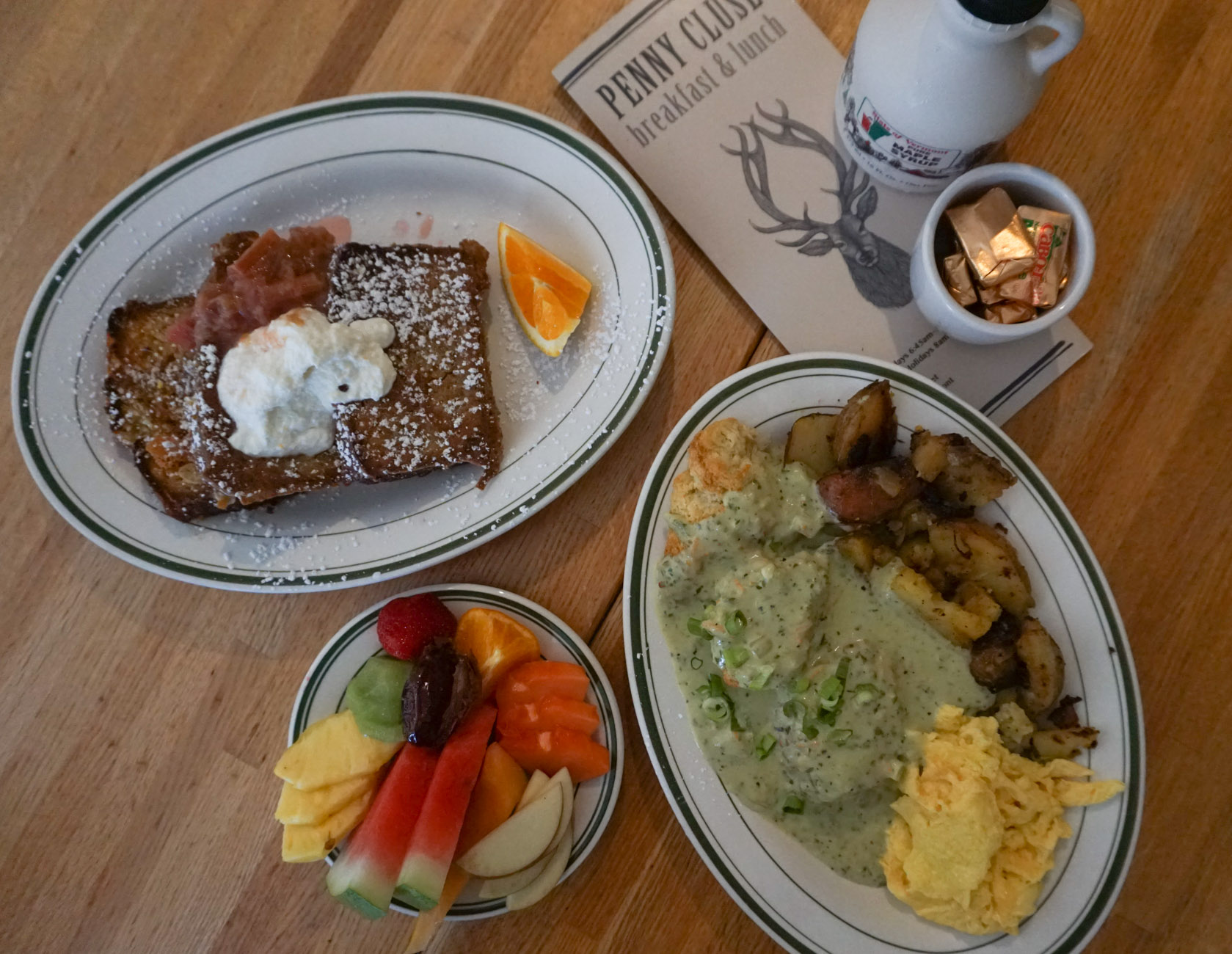 Penny Cluse Cafe: This is a fun quirky spot that made for a great Saturday brunch. We split The Penny Cluse (the phenomenal biscuits and gravy dish pictured above), as well as cornbread french toast and some fruit. The food was heavy so this was totally the right move, seeing as our plan was to spend the rest of the day eating. Highly recommend this place and it’s certainly worth the wait! Great food at great prices.

The Vermont Juice Company: Solid green juice and very friendly staff! I picked one up here after brunch on Saturday. 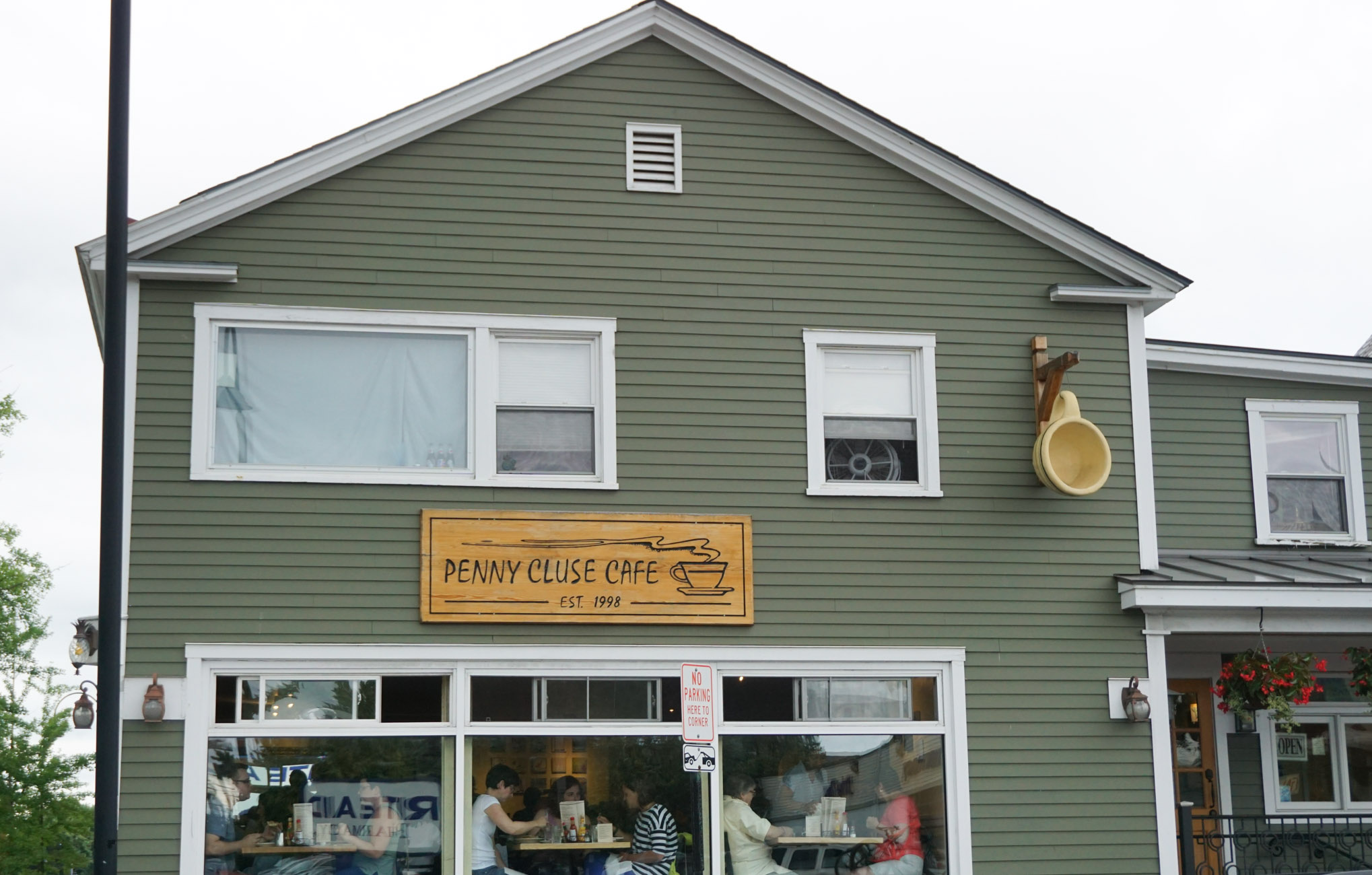 Citizen Cider: This was one of my favorite brewery-esqe places, ever. I’d never been to a cidery before and Citizen is delicious. A flight was under $10 and the pours were generous…my favorite was the The Dirty Mayor. Time to track it down in DC!

Switchback Brewery: A hoppin’ brewery that was pretty packed at 4pm on a Saturday! It’s kind of randomly located but was close to our rental, so it was easy to pop over for a drink. The coolest part is that they have complimentary pretzels + mustard, which I thought was a really fun touch (and would definitely make you stick around!). You could also send a postcard to someone for free…great marketing and a fun vibe all around :)

The Farmhouse: We went here for dinner on Saturday night and all I can say is I wish I had been hungry enough to order my own meal! After kind of OD-ing on chips + onion dip at our Airbnb, we ended up splitting an appetizer of cucumbers with yogurt, fennel, and olive tapenade, and both types of veggie burgers. The service was great and the ambiance was kind of an upscale casual. Their whole menu (including cocktails) looked amazing and it was the perfect weekend night spot. 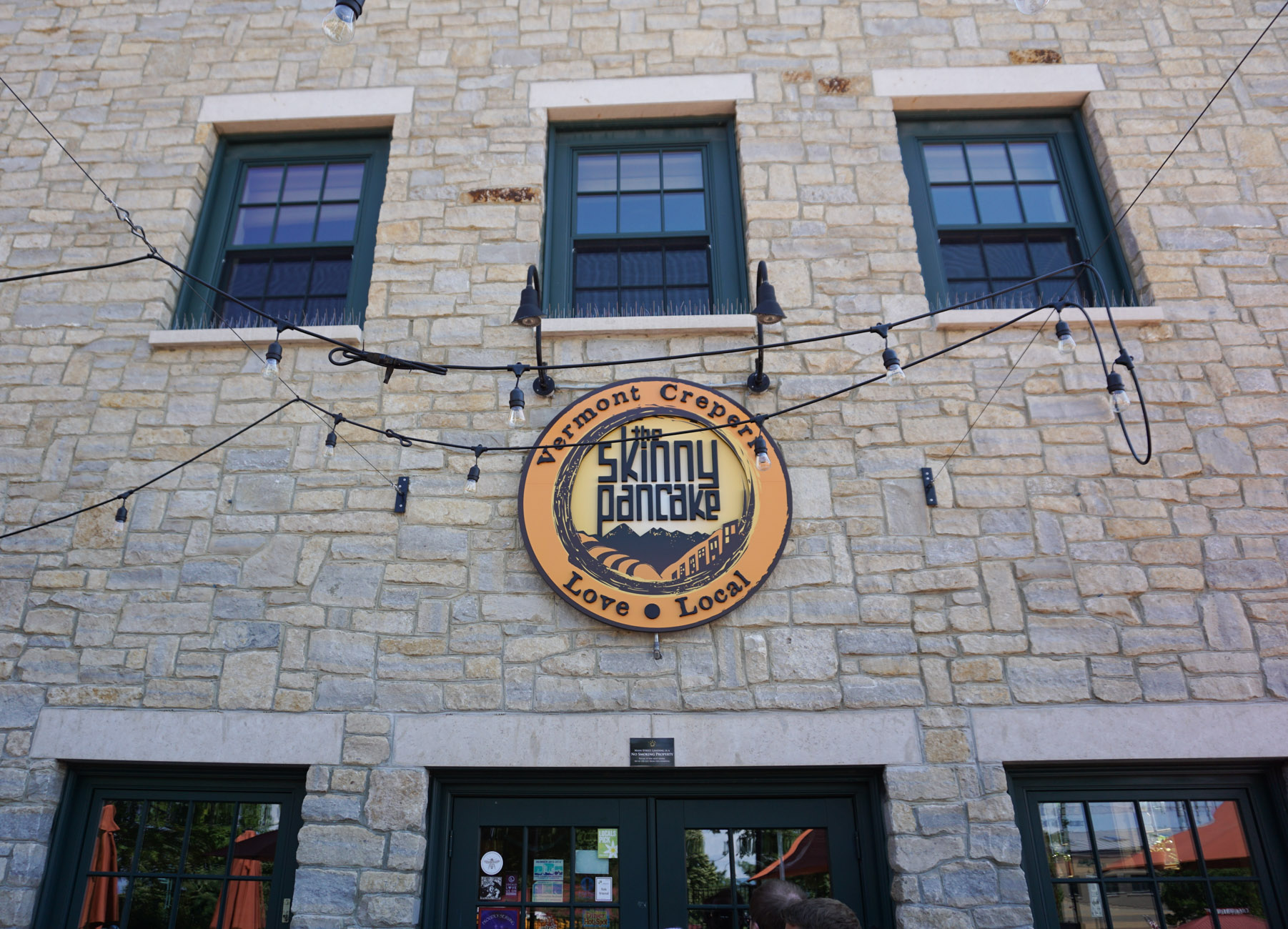 The Skinny Pancake: A wonderful and popular creperie nearly right by the Burlington waterfront. It’s an institution and will likely have a line out the door, but it’s well worth the wait! You order at the counter, grab a table, and they’ll bring your food to you. I had the Breakfast Monster and our group split the Skinny Fries (not actually good for you, sadly) and everything was wonderful! They also have live music and drinks…it looked like a fun place to spend a low key evening. 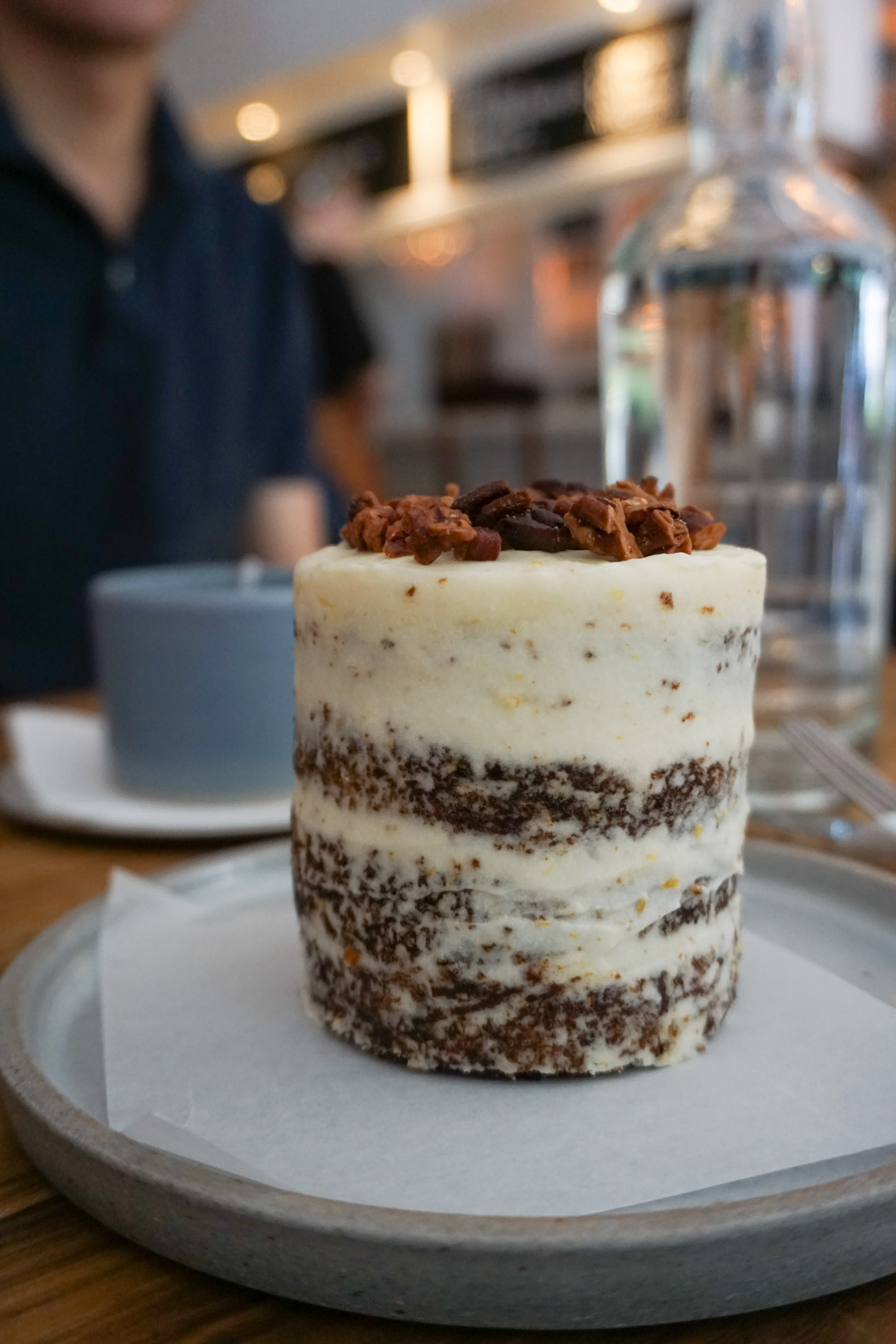 Monarch & The Milkweed: One of our friends who’s local to the area recommended this place, and he was actually in town for a few days so we headed there together to get some of the carrot cake he’d been raving about. More photos below!

That about sums up our weekend in Burlington…next time, the Cabot cheese factory as well as Ben & Jerry’s (both a relatively short drive outside the city) will be on the agenda :) Considering that we were all swamped with life leading up to this trip and didn’t really plan anything ahead of time–thank you to everyone who sent recs!–I’d say we did a pretty solid job! 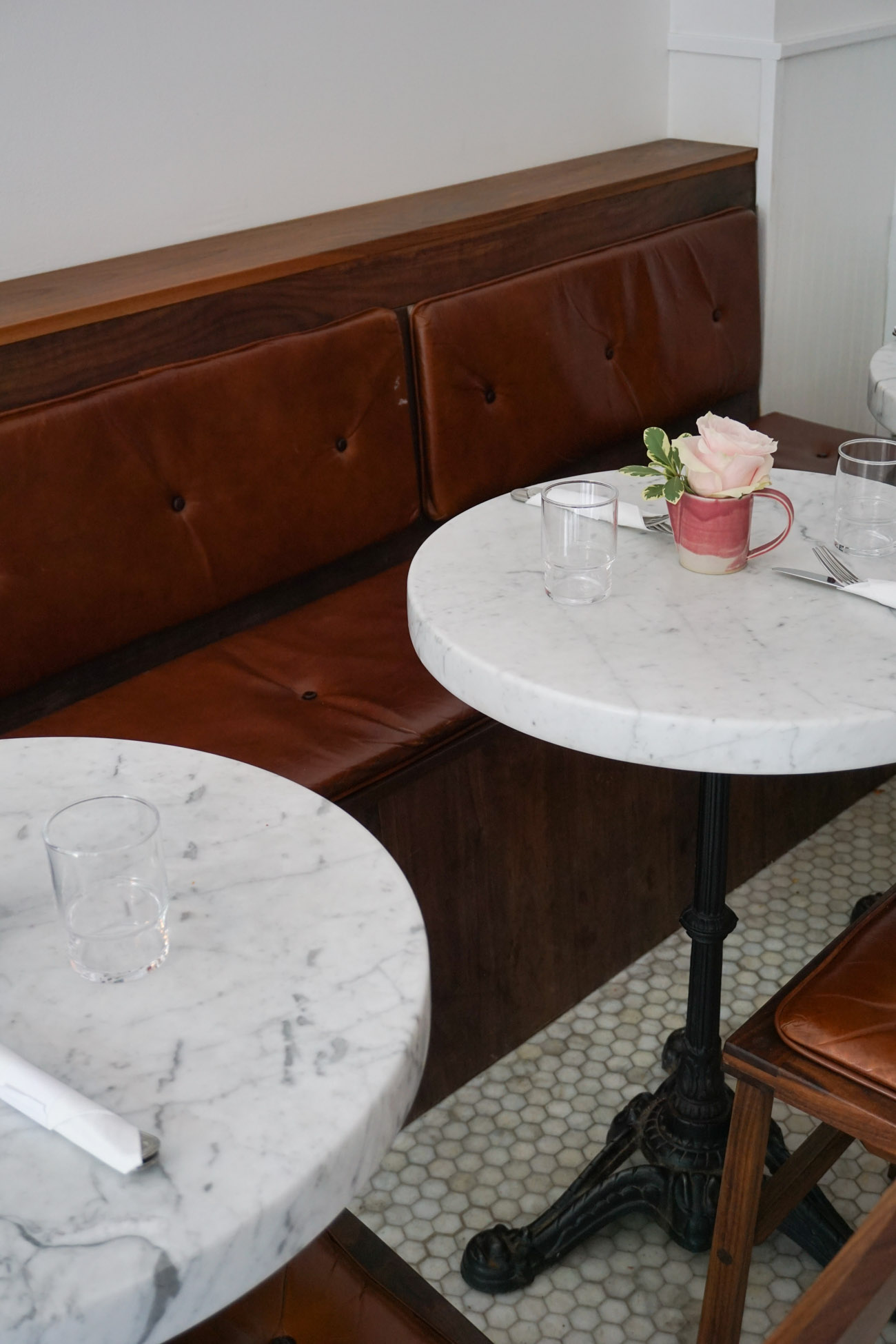 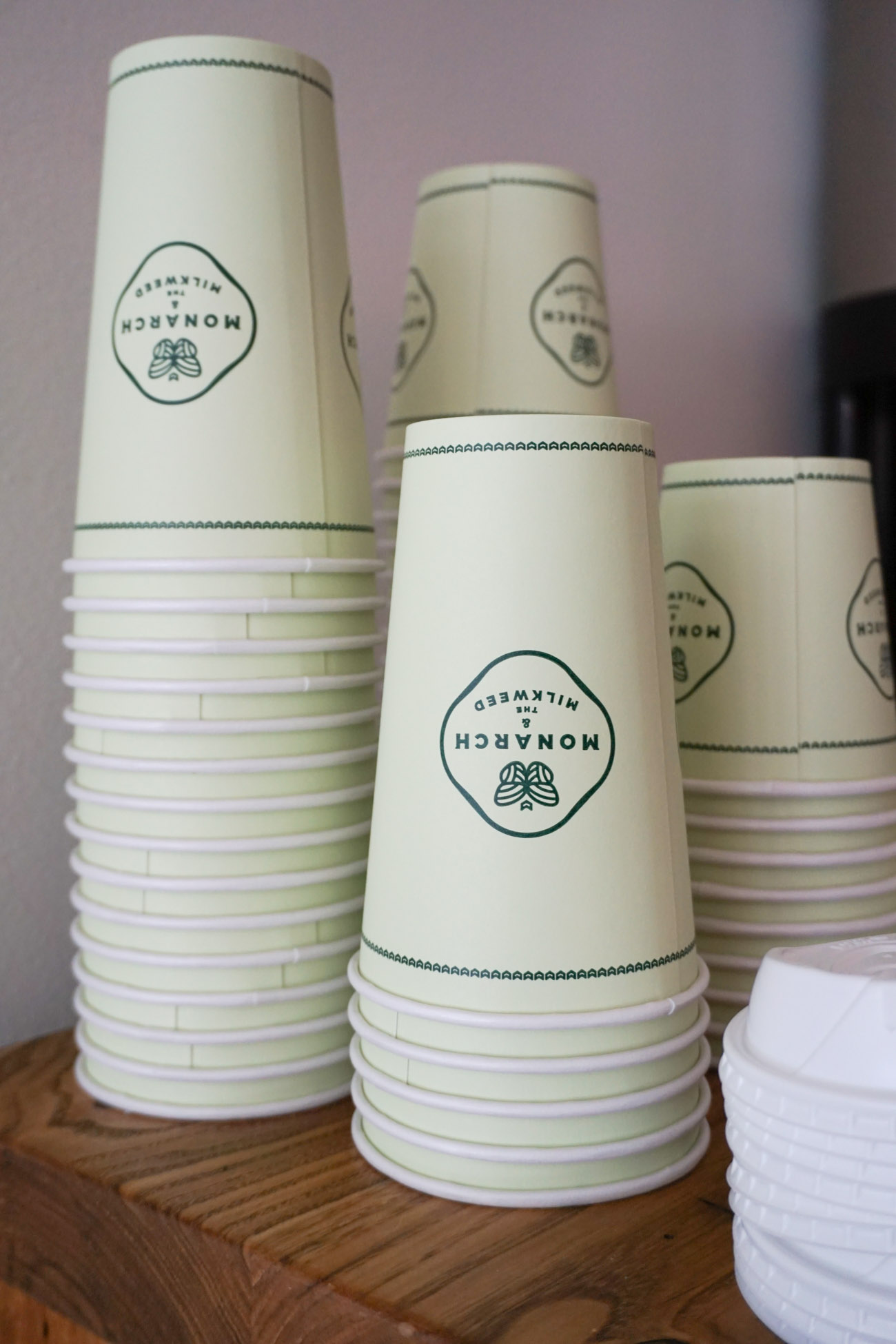