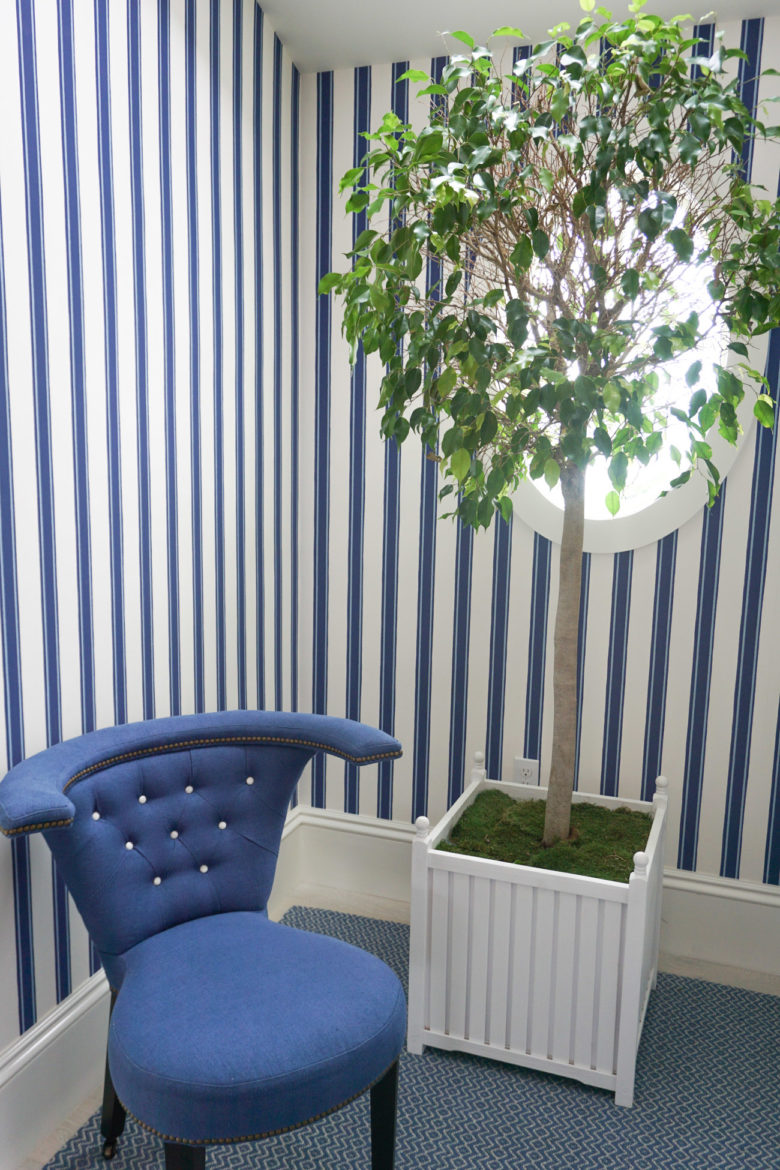 All in favor for a weekend from the weekend? I could really use one–we painted most of the weekend and while it’s so satisfying to have it done, pretty much nothing else got done! I’m feeling good about how much we accomplished–moving everything out of a bedroom into the living room of a 540 square foot apartment is no easy feat–and we managed to get in a couple of dinners (met up with friends at Farmers & Distillers…dessert and cocktails were good, food was nothing to write home about; and date night at RPM Italian which never disappoints and I can’t recommend highly enough).

Continuing on with the décor theme, I’m really excited to share photos from Coastal Living’s 2017 Idea House in Newport! We stopped by there during our trip last weekend and it was out of a dream. Coastal Living teamed up with interior designer Mark Sikes (one of my favorites! I love his book), as well as a Newport-based architecture and custom design company to create a dream of a home. It was actually available for purchase, and was under contract when we visited. Talk about goals! This place is truly incredible and I walked away with so much inspiration and lots of ideas…especially for my future beachfront second home ;) 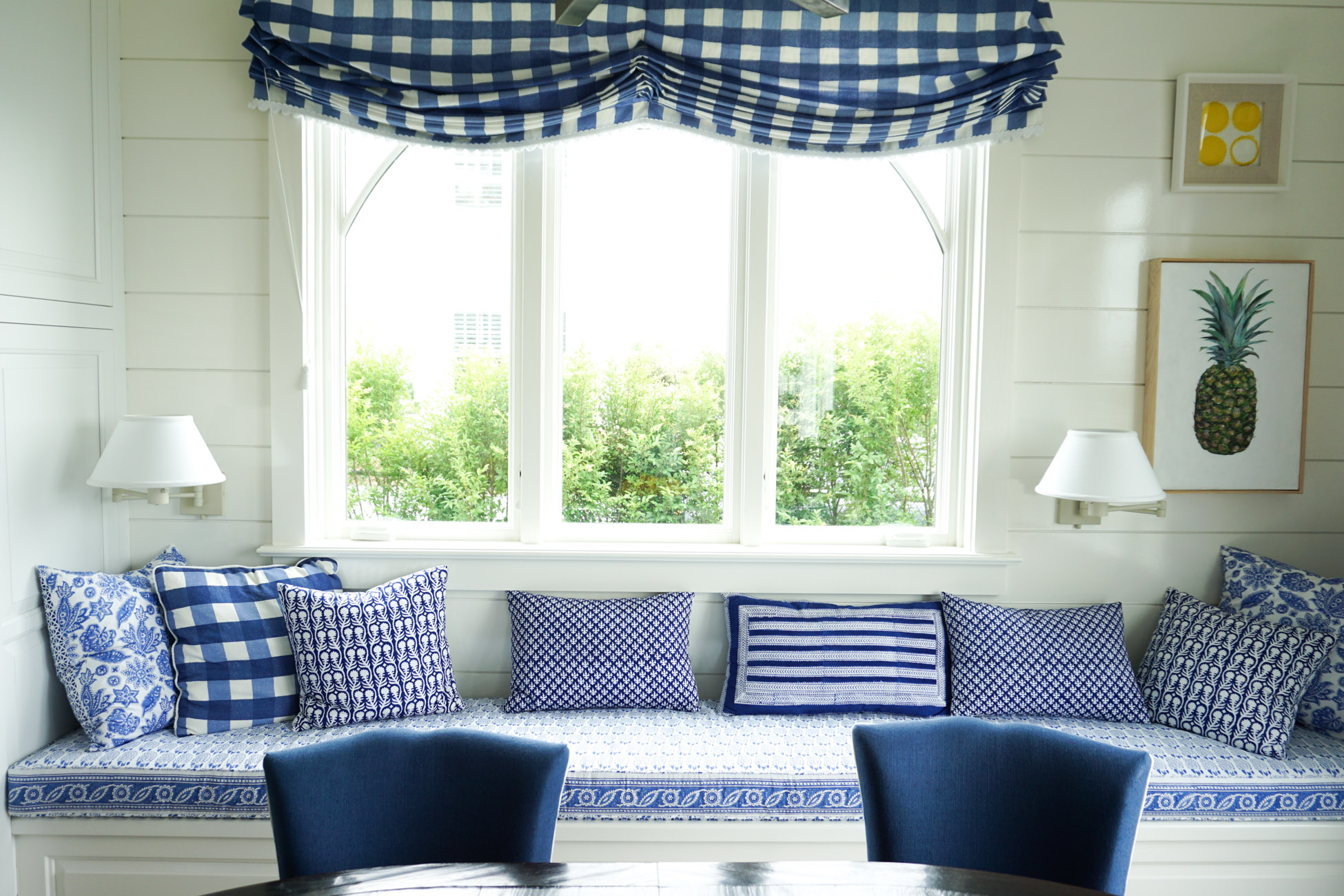 I stupidly got really carried away gawking at every corner and didn’t take notes on who made what in terms of specific pieces within the home. Allegedly a tour will be published in the magazine’s September issue, so the sources should be shared there. Lindsay–who is actually an extremely talented interior designer herself–also shared bits of the house and pulled some deets. 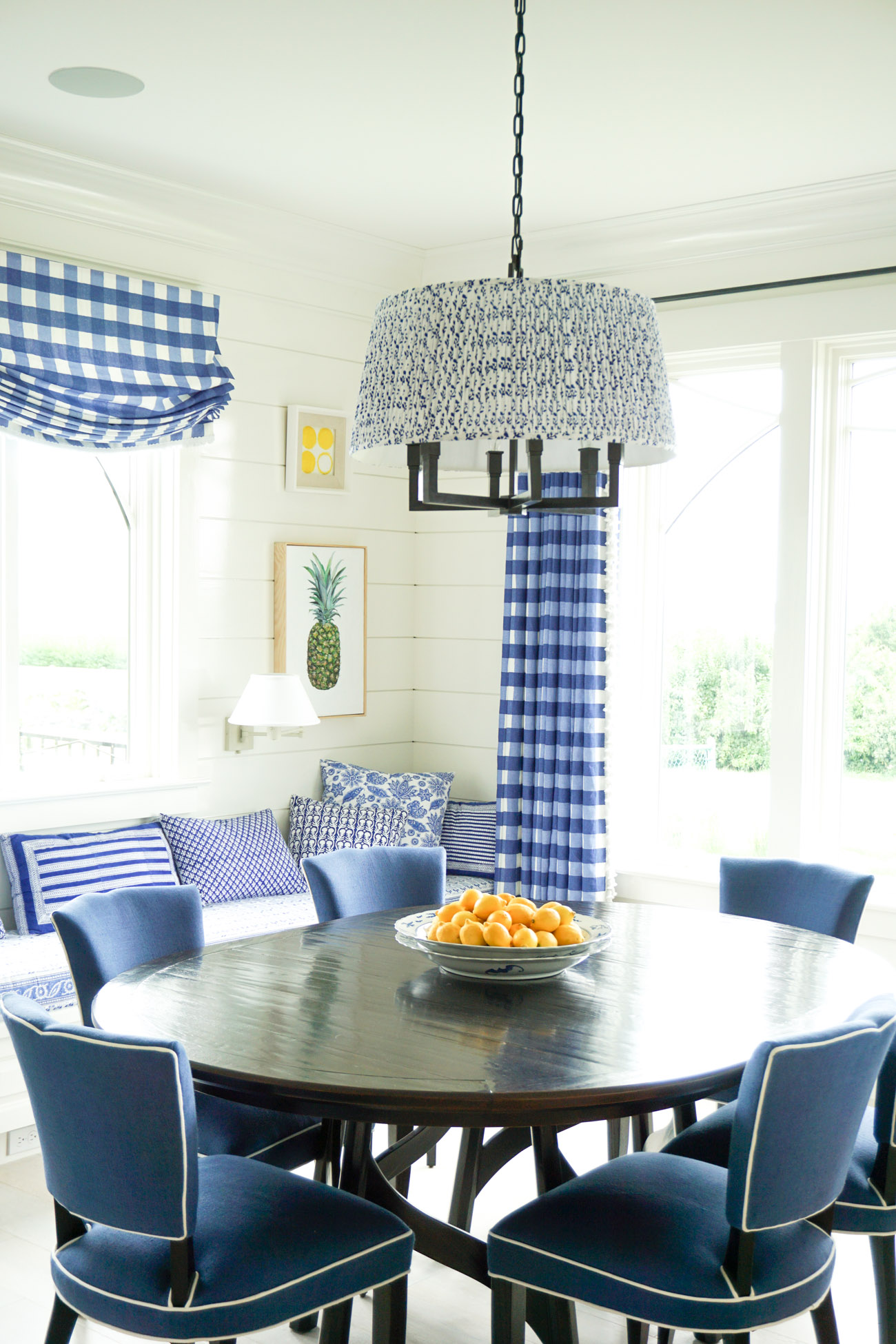 I could happily eat every single meal here. Look at that window seat! And the really unique light fixture contrasting with the traditional dark wood table. 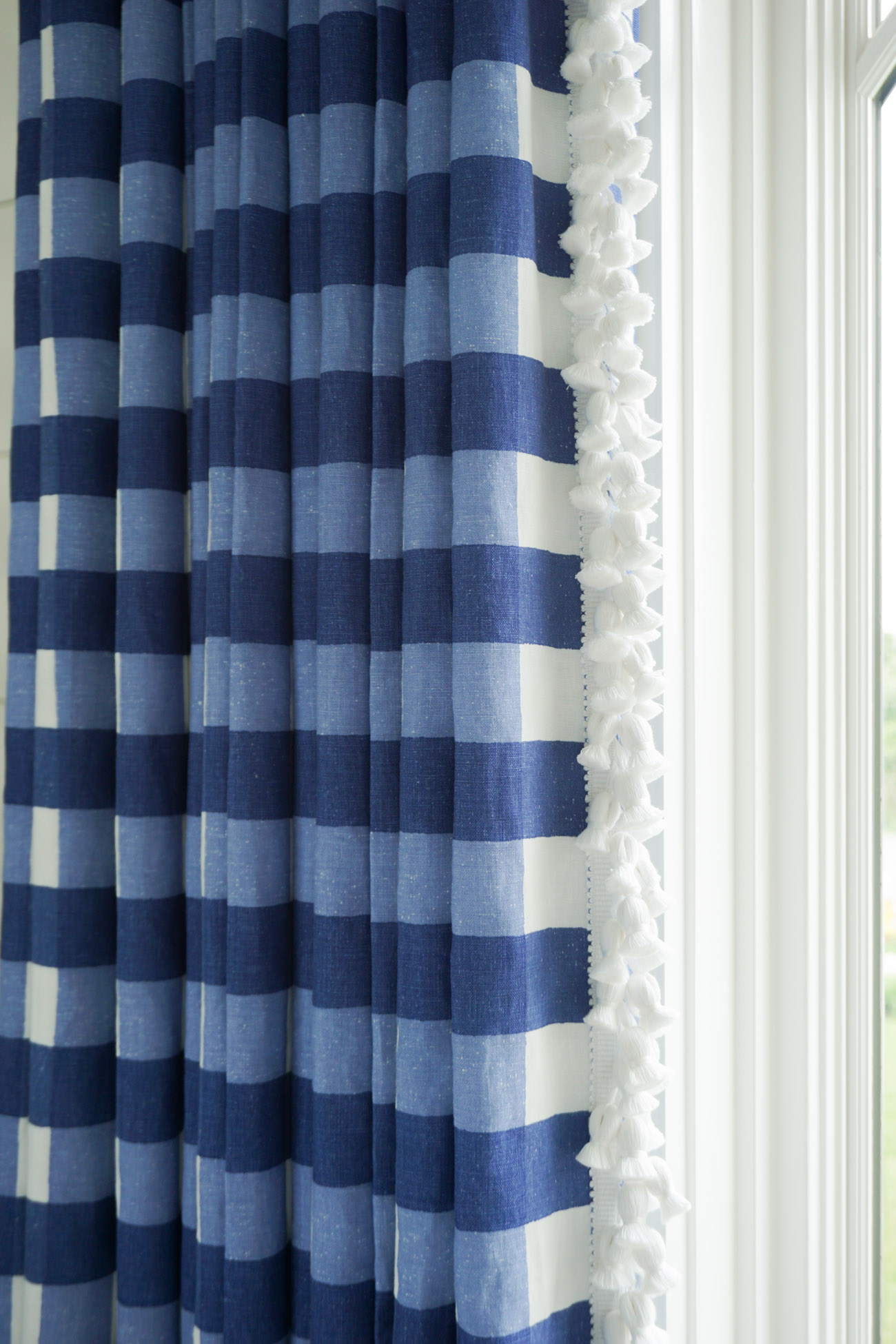 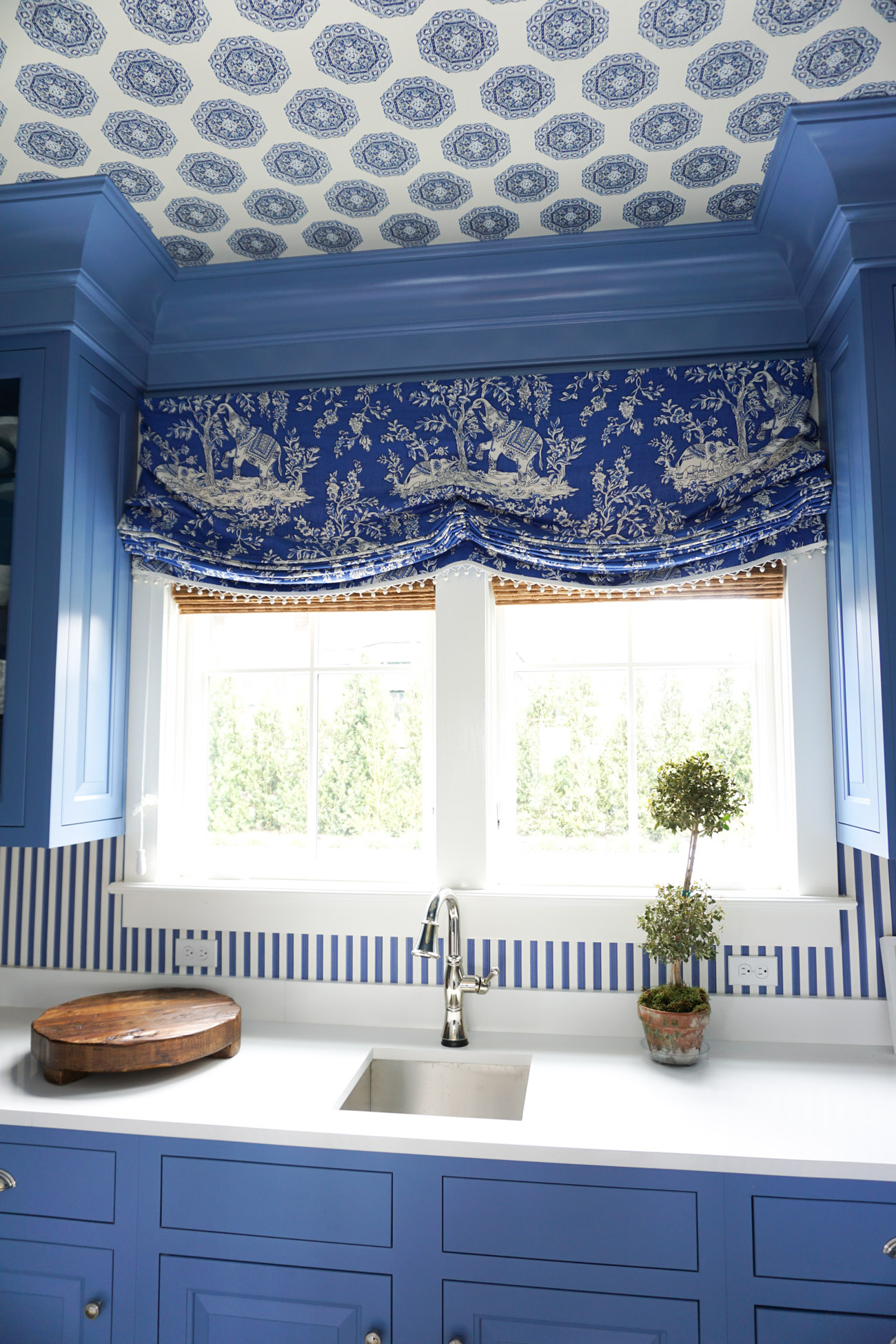 I love the idea of wallpapering a ceiling…not something I’d thought of until seeing this bar area. And of course it was my suggested solution for fixing the little hallway ceiling I nicked while paining this weekend :) This also prompted a somewhat serious conversation about blue kitchen cabinetry. 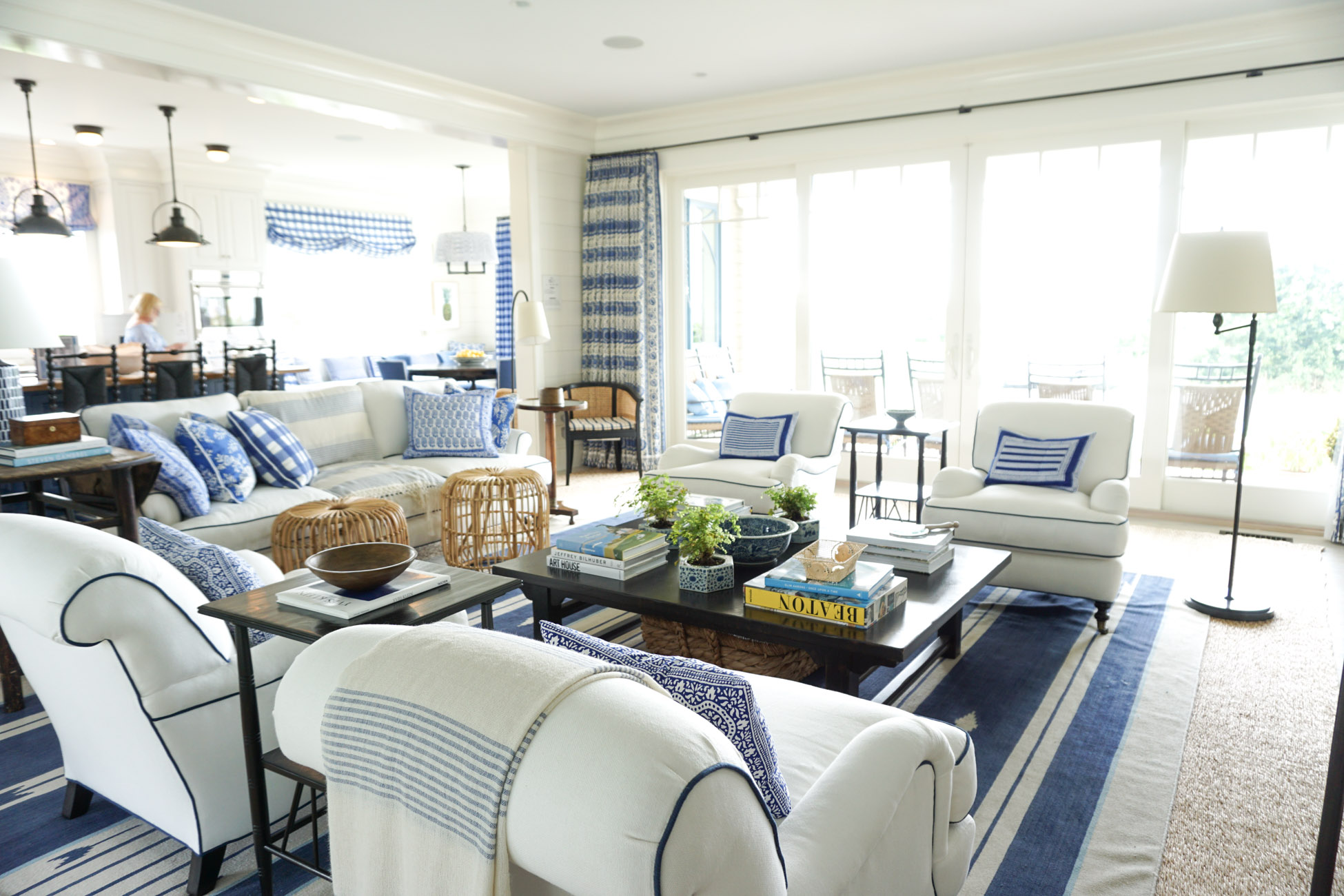 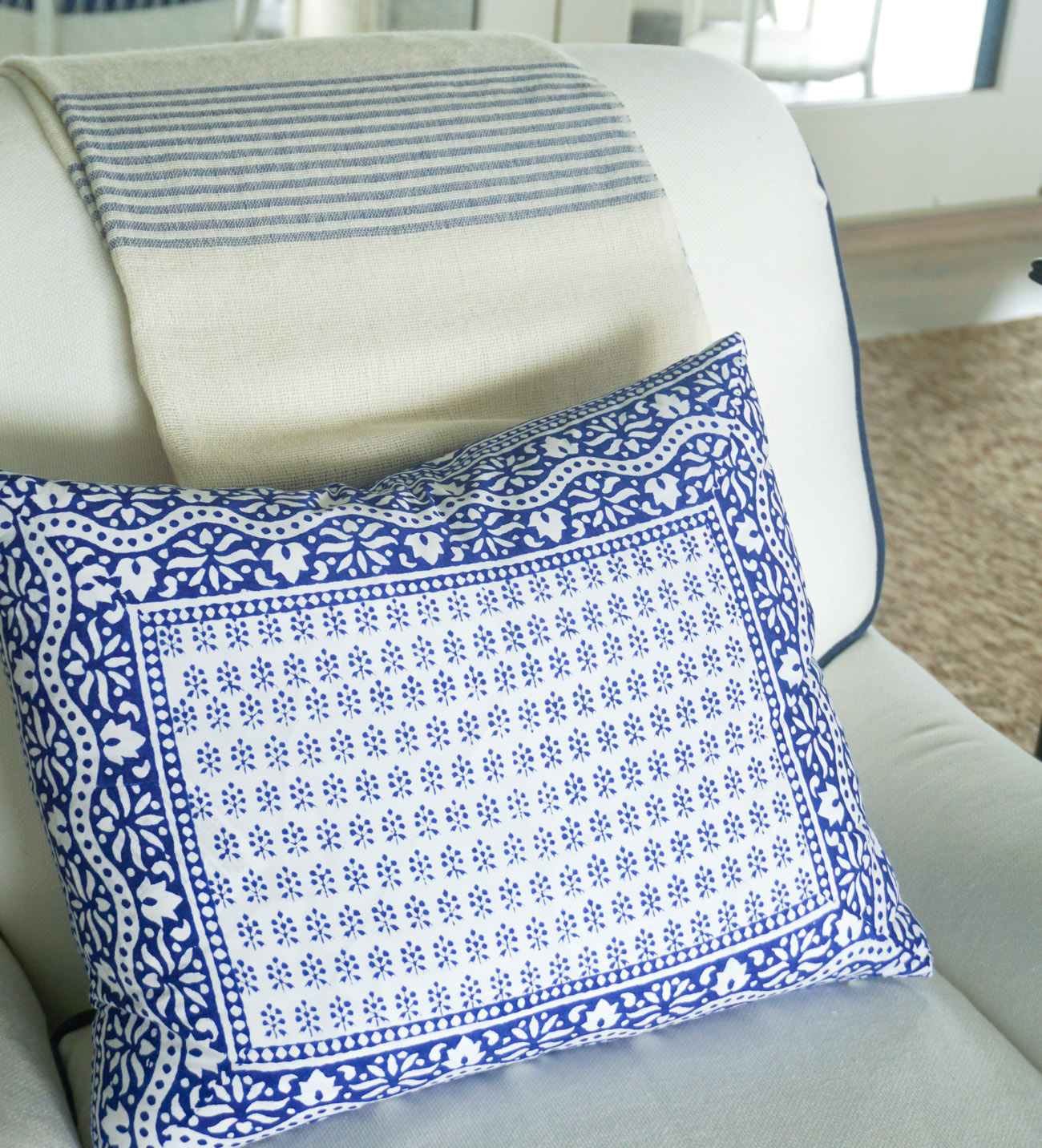 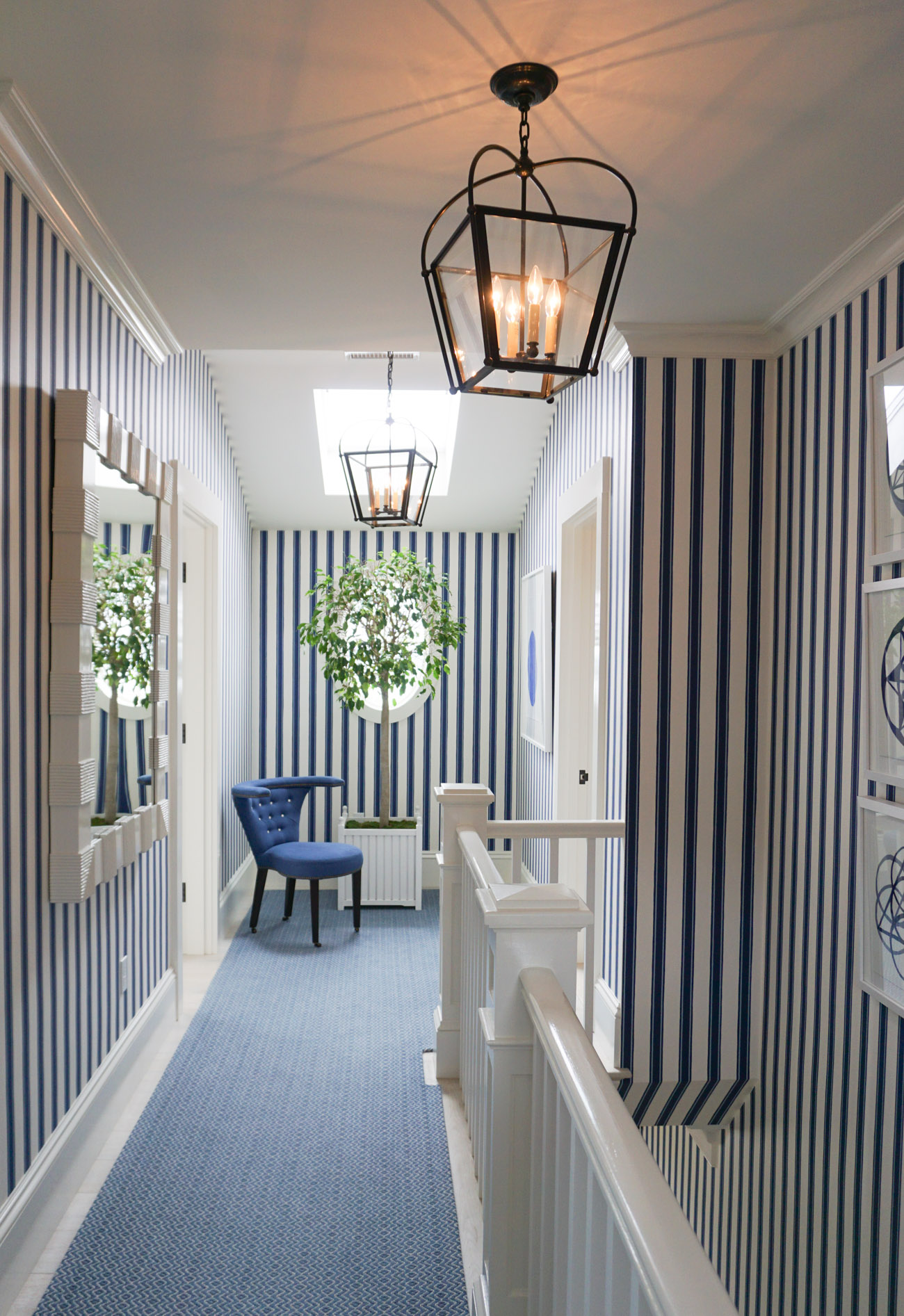 Unsurprisingly, one of my favorite things that initially drew me to Mark’s designs is his use of blue and white. He really hits classic American style and puts a unique twist on more traditional styles. My own decorative preferences consist of a balanced blend of heavier traditional styles (like antique dark wood and gold) mixed with modern touches (like bright whites and some mid-century modern). 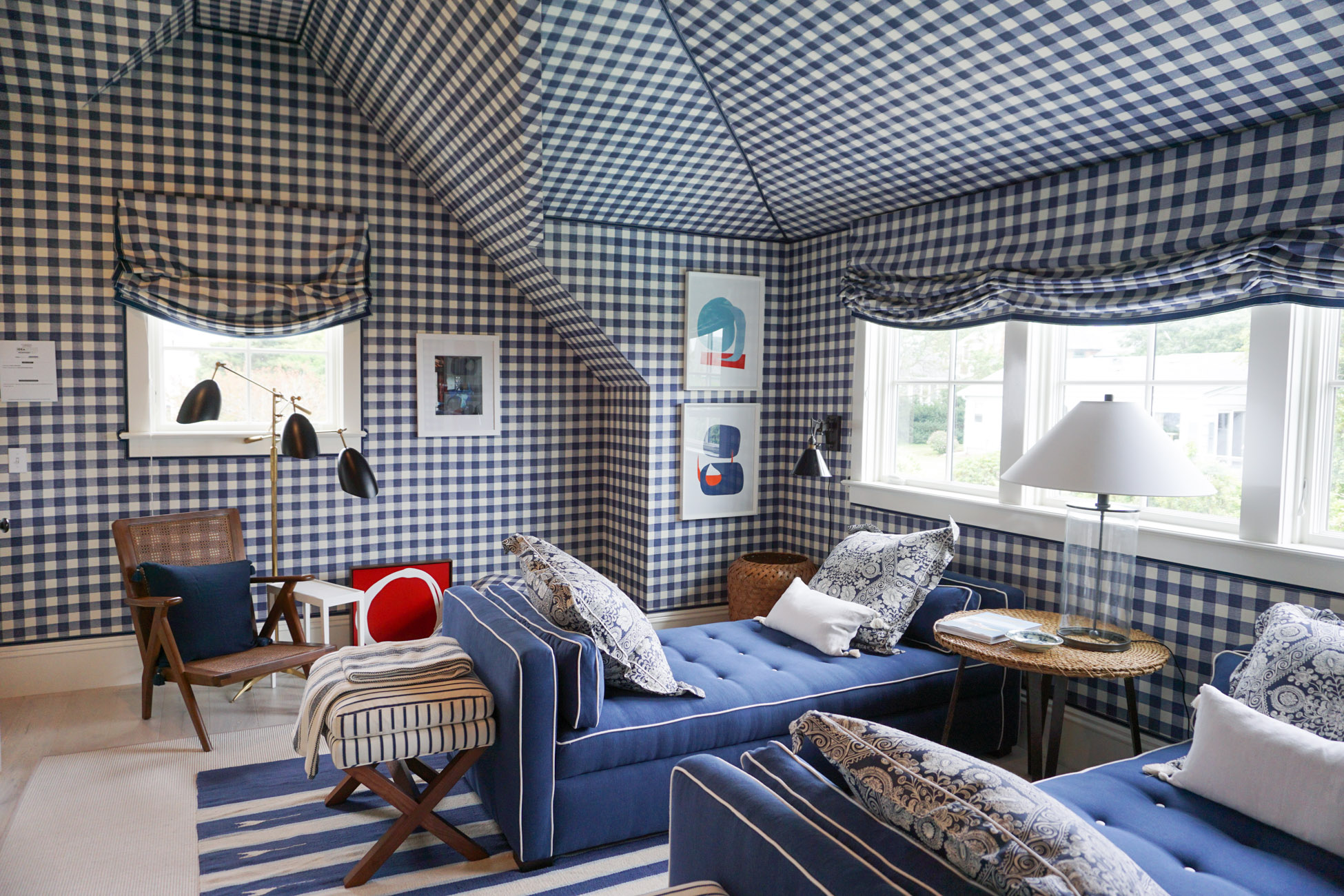 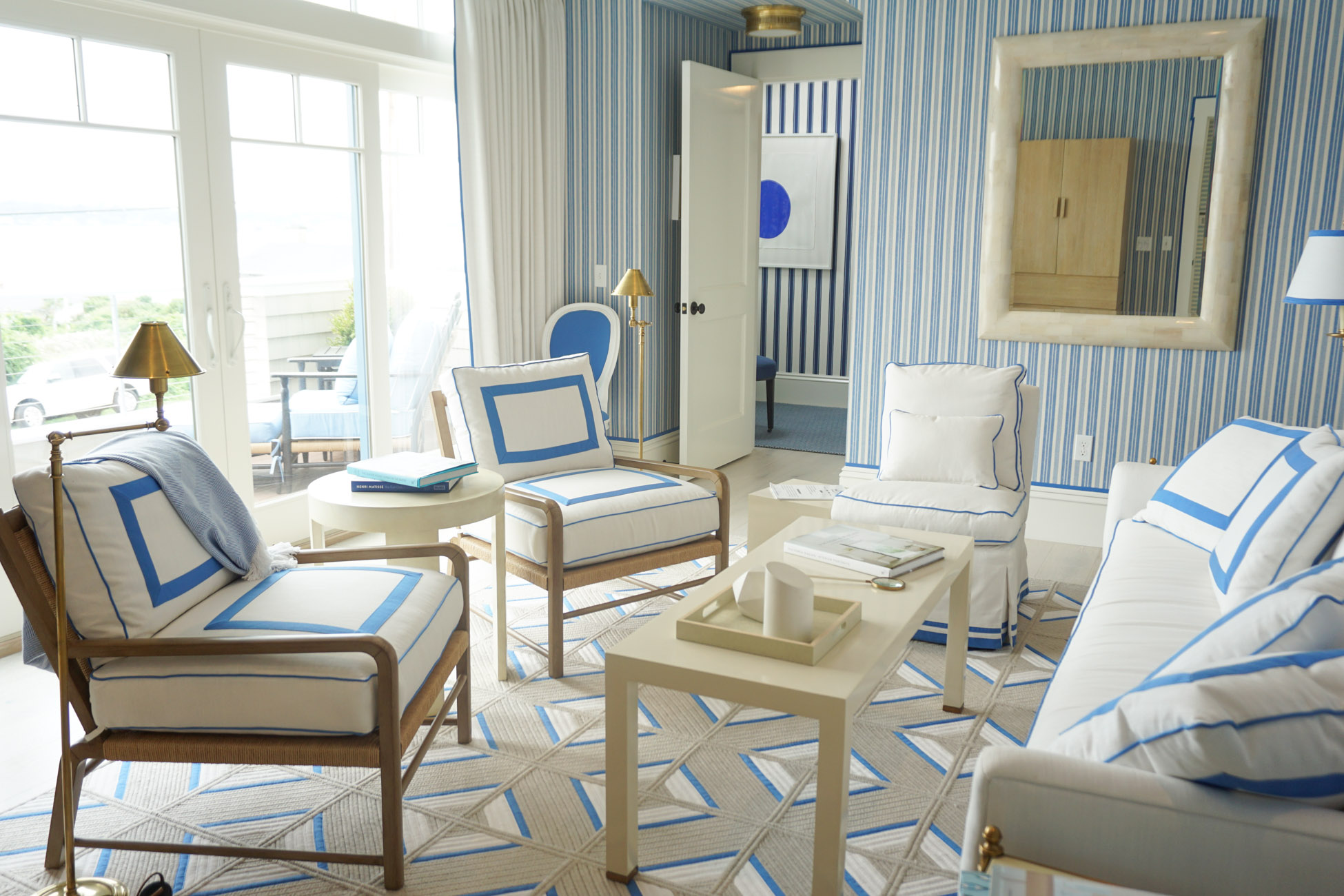 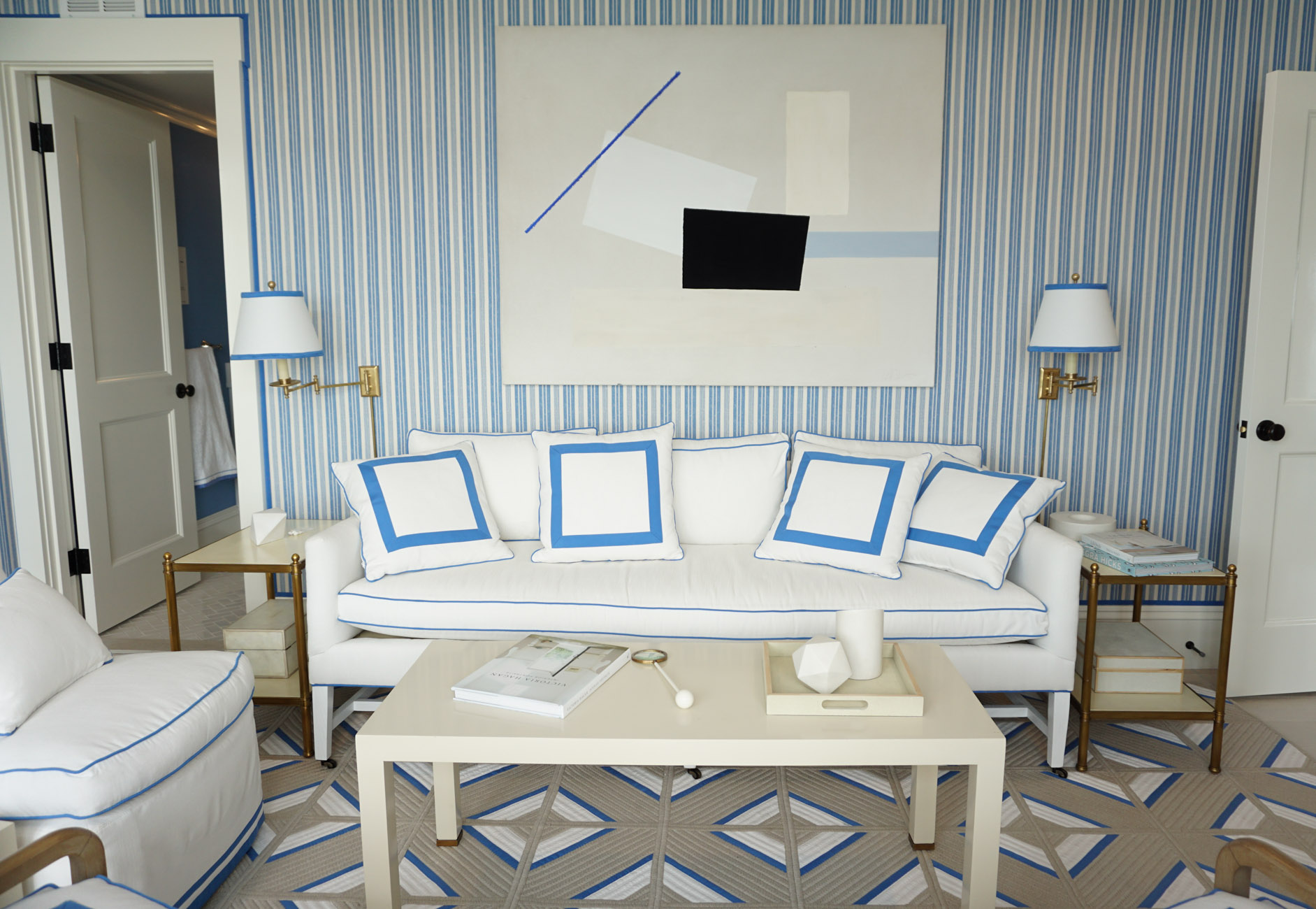 The master bedroom wasn’t massive itself (below), but had two huge walk-in closets, a very large bathroom, and this sitting room (pictured above). It makes me want to experiment with bold wallpaper! 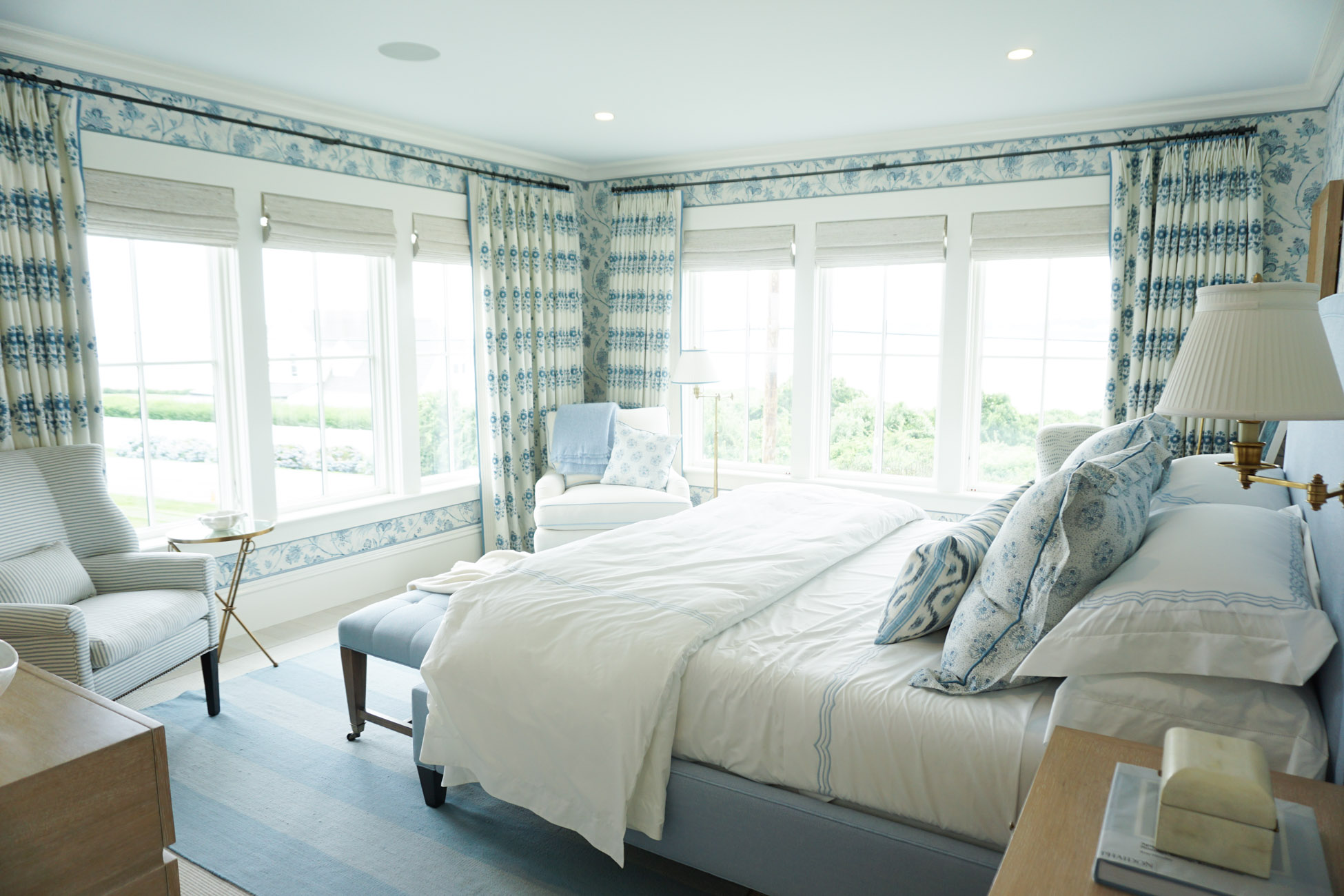 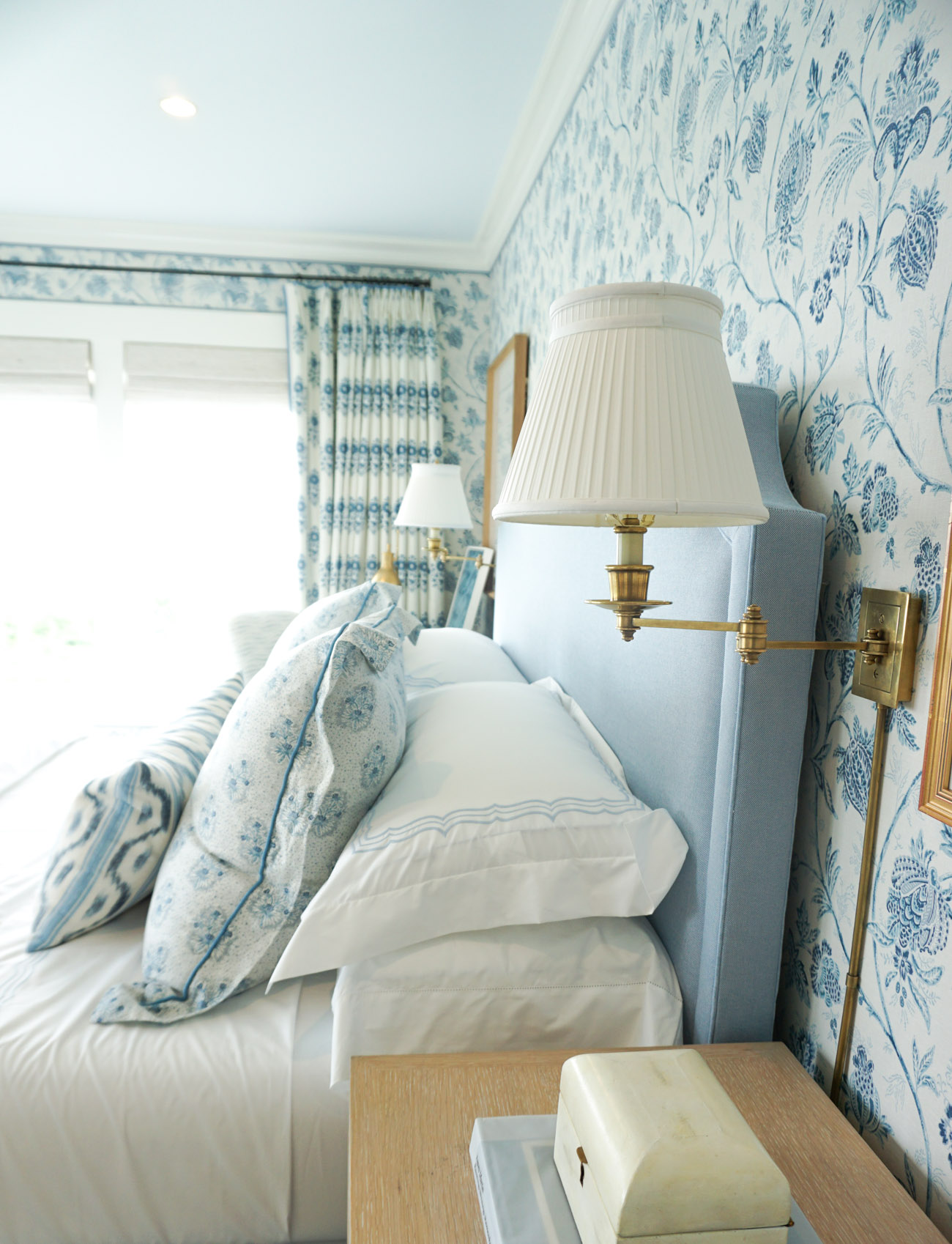 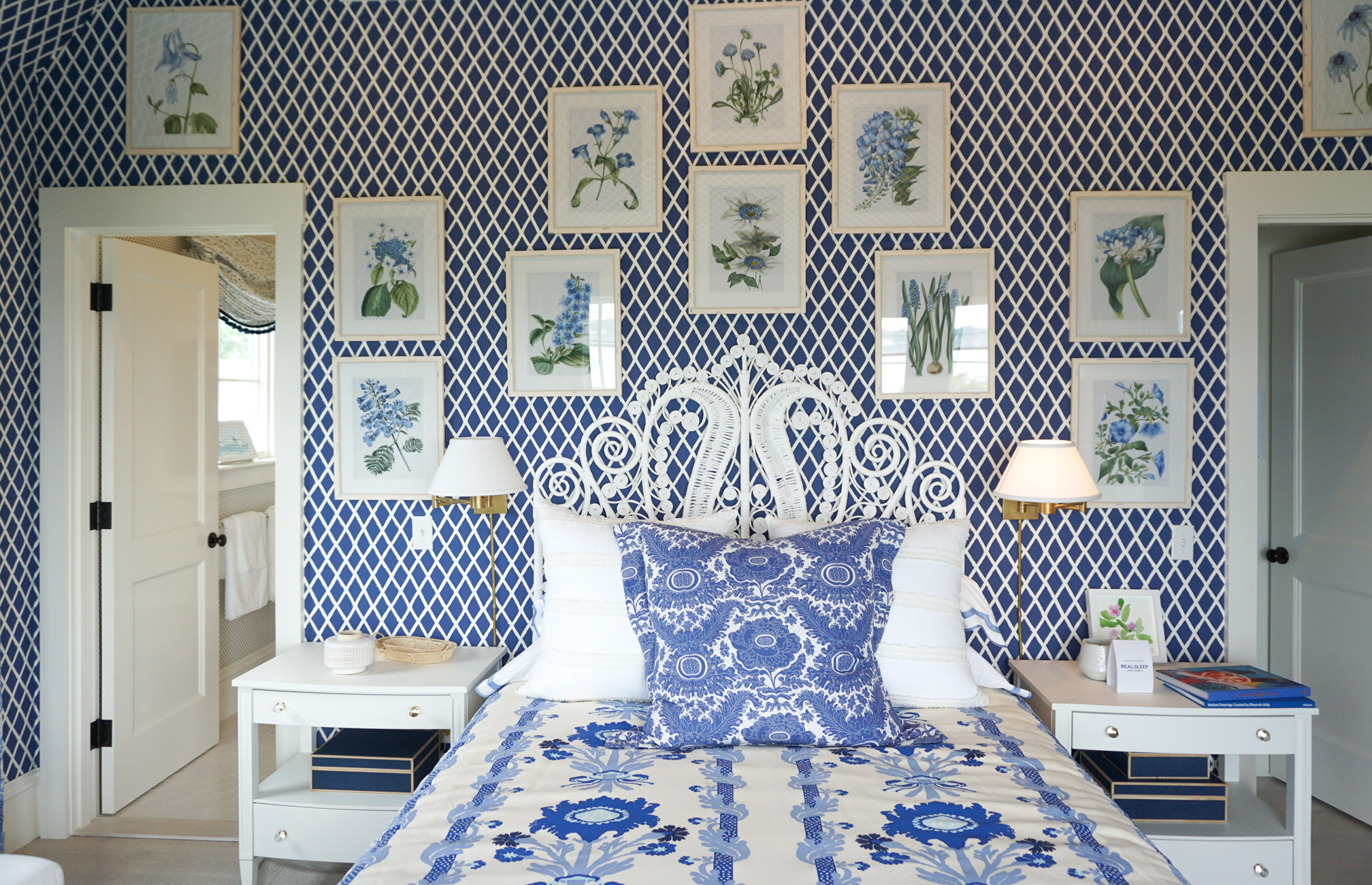 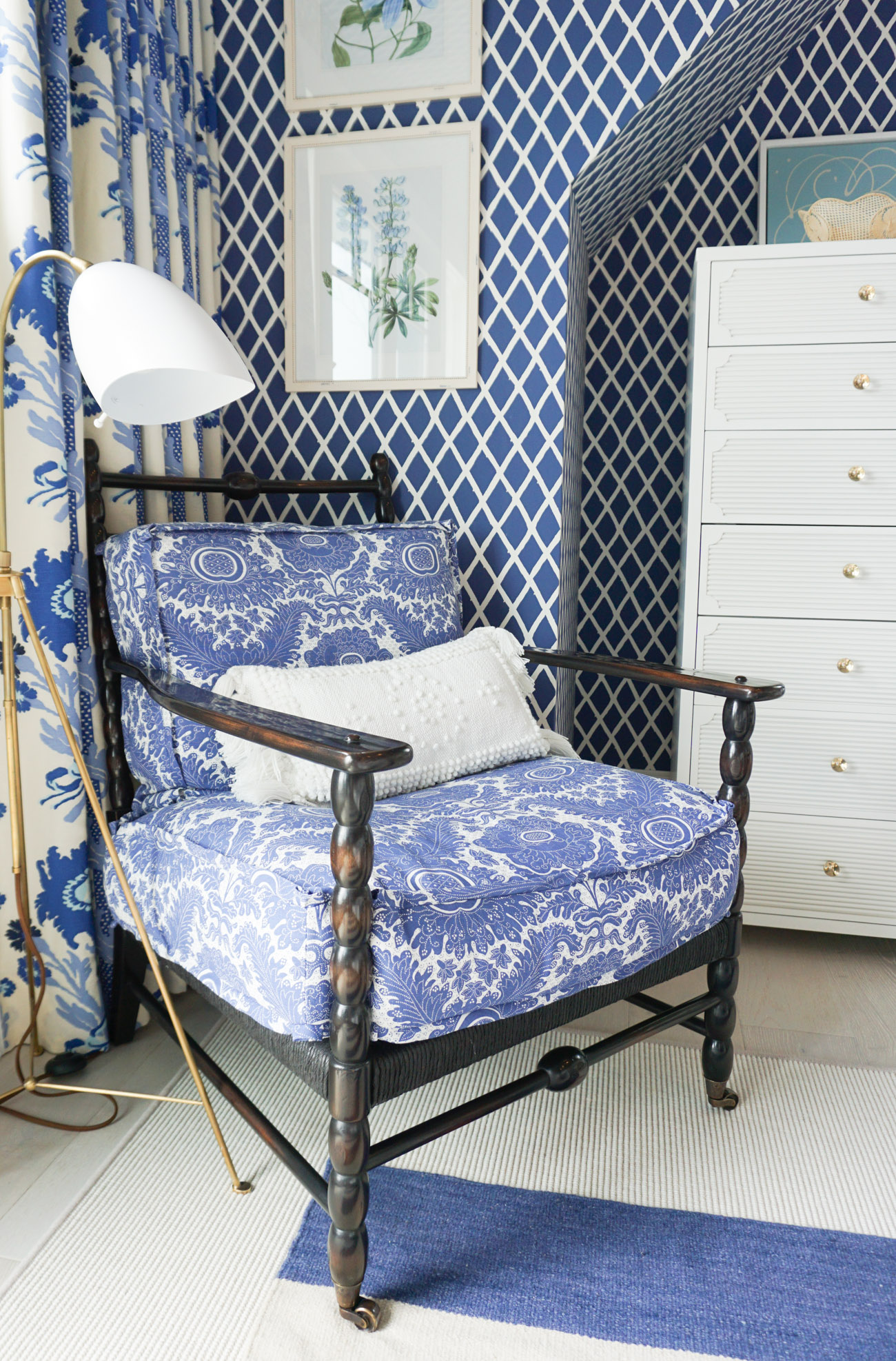 This is the dreamiest chair, ever. And it’s on wheels! Your guests (or child) would be in very good hands. 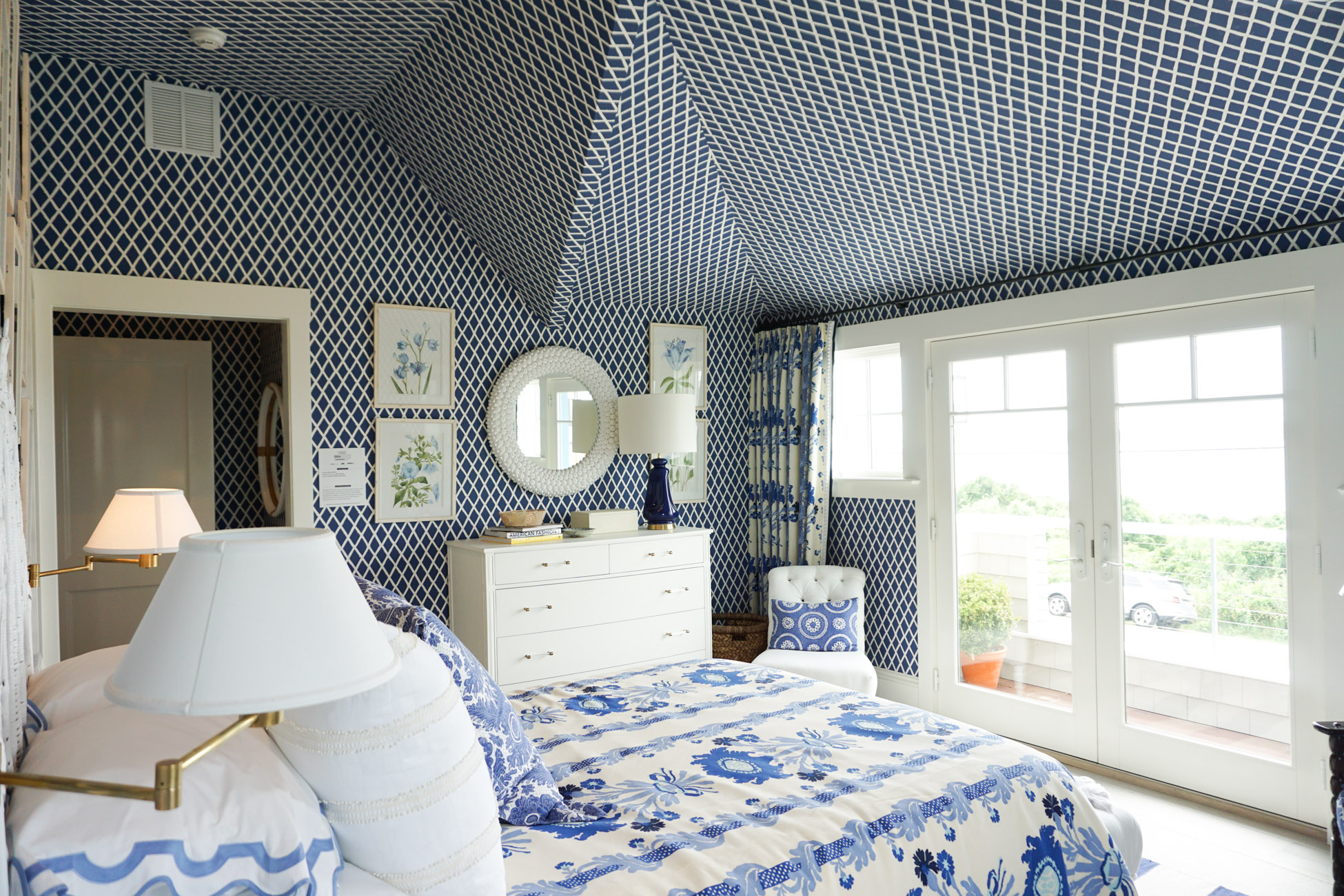 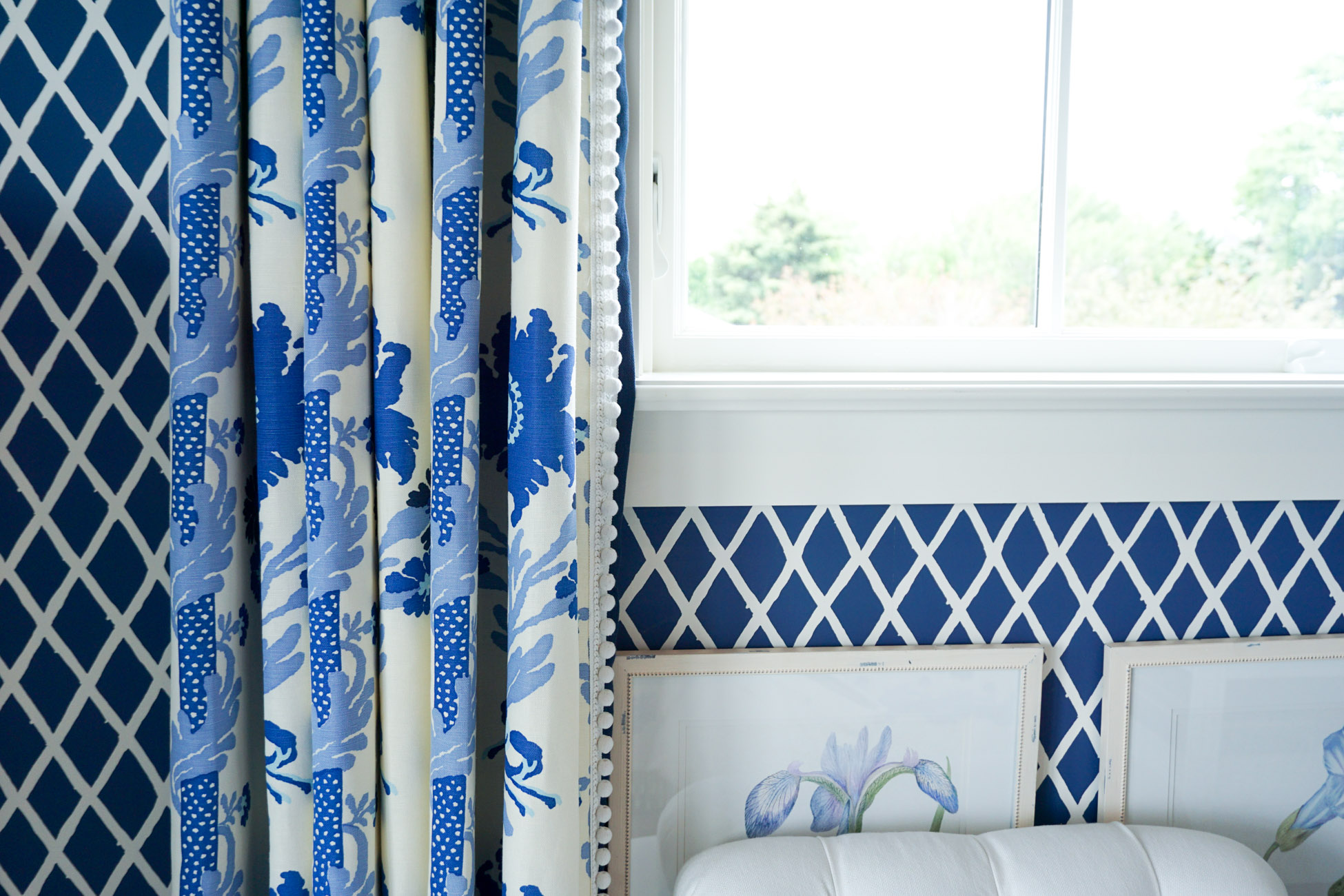 I’m generally afraid of major pattern mixing, but Mark does it so well. Definitely taking notes! 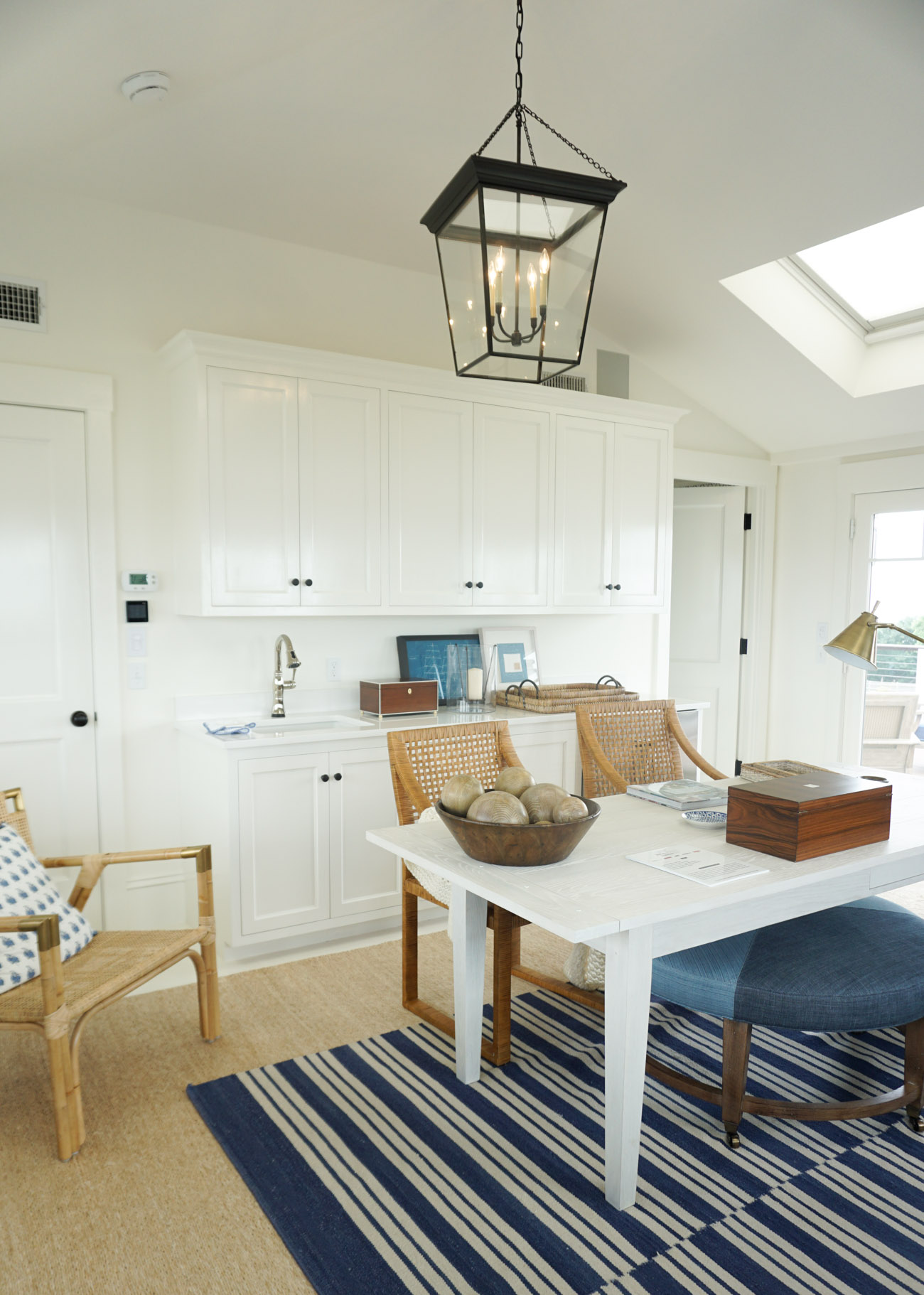 This was the highest floor–the attic, maybe? 100% the coolest attic I’ve ever seen. Ok and ending with this backyard…helloooo lounge chairs *heart eyes* x10. 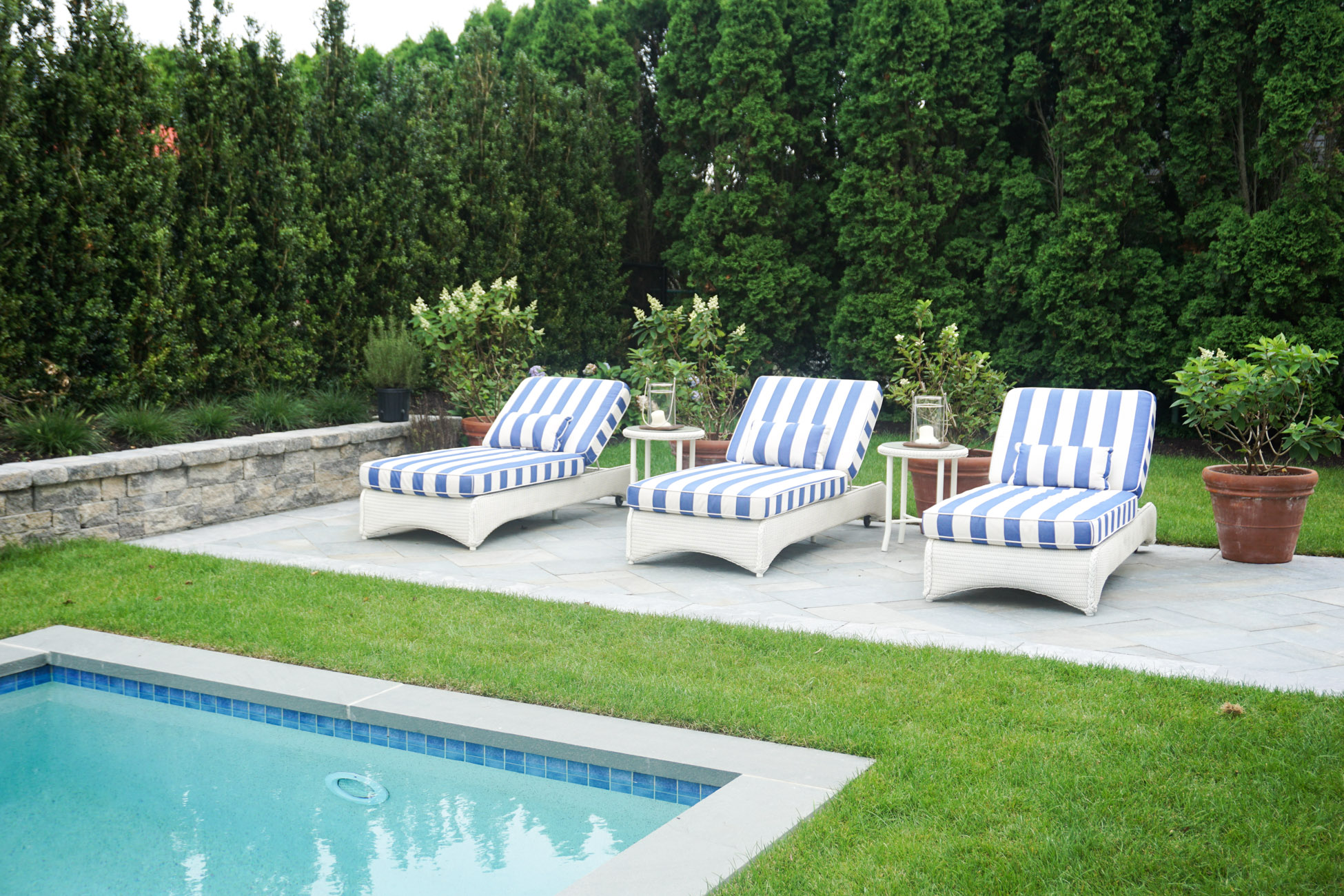 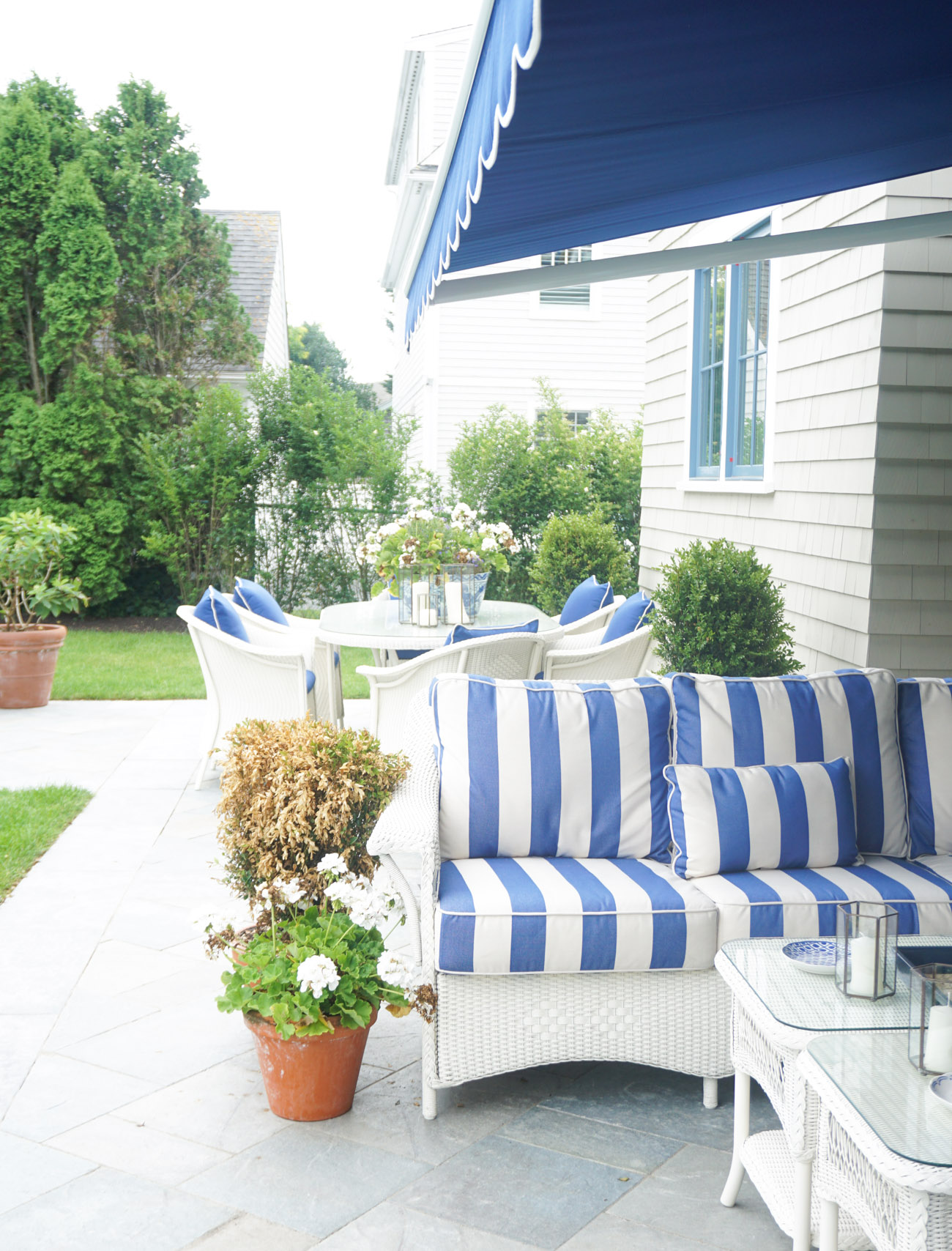 All photos by Monica Dutia