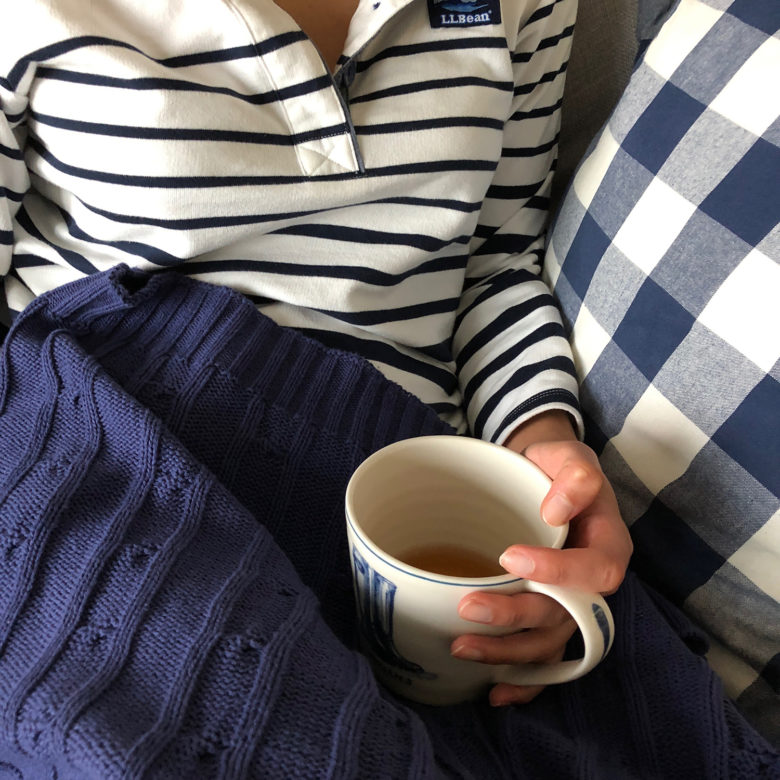 Today I wanted to talk about something that we’re probably all conscious of (but trying to avoid thinking about) given the holidays and upcoming festivities…making healthy choices. Most people who know me probably know that I haven’t always had the best eating habits–I love fast food, will never say no to french fries, and there’s a reason this blog was called “Cake & Lilies” until a couple of weeks ago. I like to eat and generally don’t mind working out, but consuming the appropriate amount of fruits and vegetables and making the right choices as an adult wasn’t really on my radar until recently.

Over the past couple of years, I–like many of you, I’m guessing–felt my body change. The late night pizza, chicken tenders, and bacon egg + cheese on a croissant that I ate 3x/week in college (not to mention the alcohol) somehow didn’t show up on my frame and I was blessed with an unusually fast metabolism. As a result, eating well wasn’t really a priority to me…I kind of just loved being able to have whatever with no visible repercussions minus exacerbating my already terrible skin issues, which should have been a sign to adjust my diet. This was all fine and dandy until I’d go to the doctor and get blood work, which would reveal elevated cholesterol levels for my age. On multiple occasions, the doctor would literally ask me point blank if I consumed a lot of fried food (yes) and whether I’d considering replacing that fried food with leaner proteins and vegetables. I’ve always loved fruit and it was a large part of my diet in college, so I’d proudly tell the doctor that I did in fact eat a lot of fruit, and a even had a few salads a week (topped with chicken tenders and/or ranch, of course :)). That obviously wasn’t the answer she was looking for and instructed me to instead cut out some of that bad food and replace it with the better stuff I was only partially incorporating into my diet.

Obviously that advice didn’t really go over well as a college student–I mean, how many college students have healthy, well-balanced diets?–and I continued to passively think about it after graduating and moving to DC. If I made comments about passing up a “bad” option for something healthier, people would ways say “but you’re so skinny, stop being ridiculous!” and thought this was about vanity when it was actually about making better choices for my body. And then, about two years ago, those questionable dietary choices starting catching up to me. Not only did I gain a little weight in places that I hadn’t before, but more importantly, my body started finding ways to communicate that it didn’t like what it was being fed; I went from having a pretty strong stomach to a relatively weak one (why do we develop less of a lactose tolerance the older we get?), and fried food continued to have an increasingly adverse affect on my skin.

I guess this is a product of becoming an “adult,” but I finally decided to do something about the average blood work results and my general wellbeing. The change has to do with my workouts…my old apartment had a small gym in the basement which I’d go to around 3x/week, and I’d occasionally go to barre classes or go on a run with a friend. I’ve had ongoing back issues so a lot of workouts would just consist of the elliptical, stretches, and basic ab/weight exercises–all good things, but they don’t really get your heart rate up. Our new place doesn’t have a gym and after talking to a couple of friends who swore by Orangetheory as their workout of choice, J and I gave it a shot this summer and loved it. He rarely worked out before it, and now we both go twice a week. Yes, it’s pricey (our membership gives us 8 classes per month and the “early bird” rate for signing up before our studio opened was $139/month) but I can honestly say it’s worth every penny. Each 1-hour class is a high intensity workout that splits your time between the treadmill, rower, and weights/floor section. You wear a heart rate monitor that projects the heart rates of everyone in the class on a large screen, so you can see your own numbers throughout the course of the class and know how “hard” your body is working. The environment isn’t competitive but it is very motivating…the coaches are upbeat and challenging but how much you push yourself is up to you. The thing is, being in this class makes you want to push yourself in a way I can’t explain. Despite being apathetic about spin classes and enjoying barre, I haven’t found a workout class that I truly love and can motivate me in the way OTF does. Your first class is free so if there’s one near you, give it a try. J and I were both sore for four days after our first workout and still signed up for a membership :) Knowing that I’m getting a good workout that’s good for my heart–I’ll burn around 600 calories a class–and am able to strengthen my core and back, not to mention tone up everywhere else, is a wonderful feeling.

Since getting the workout part down, I’m trying to shift my focus to better eating. I do think I’ve been better about incorporating nutritious foods into my diet and have made an increased effort to reduce the amount of “bad” food I consume rather than just adding on the good stuff. This often comes in bursts, though, and whoever said that your body doesn’t rebound well after you go from eating mostly nutritious food to a bunch of bad stuff at once was onto something. For instance, we made Julia’s rice bowls with peanut sauce (so good!) for dinner on Sunday and ate leftovers on Monday, I’ve been making avocado toast most days for lunch during the week, and there has been an active effort made to stop eating when I’m full…much easier said than done, but feels amazing when you actually do it. And then last night happened, when my friend and I each ate four slices of Dominos and split a bottle of wine–not something I mind doing from a consumption perspective, but my stomach hurt so badly after for basically taking a 180 turn in food type and nutritional levels. Basically, when it comes to food, I’m still trying to learn my body’s relatively new limits. Most of us who are past our early 20s probably can’t eat and drink like we used to, and finding the newer threshold on what one can handle is so hard! Has anyone else struggled with this? My biggest issue has been that the combination of rich food and alcohol will easily upset my stomach, which makes sense but was literally never an problem before. This makes going to nice dinners challenging, and I’m still trying to figure out the balance that works for me. Not indulging isn’t in the cards, so learning when to stop and when to substitute in better choices is the goal here. I literally told J the other day that if I could, I’d eat a really good salad with a small side of fries every day for lunch!

That’s kind of where I’m at right now…this post felt kind of all over the place, but it’s kind of a follow up brain dump on a few times I’ve mentioned health and wellness over the past year or two. Feeling terrible after indulging over the holidays is the worst feeling but skipping out on all the treats also isn’t going to be an option. My plan is going to be to continue working out regularly (that’s like 3x/week for me) and to simply stop eating when I’m full. Sounds like a compromise, right? Here’s to a happy, healthy holiday season!