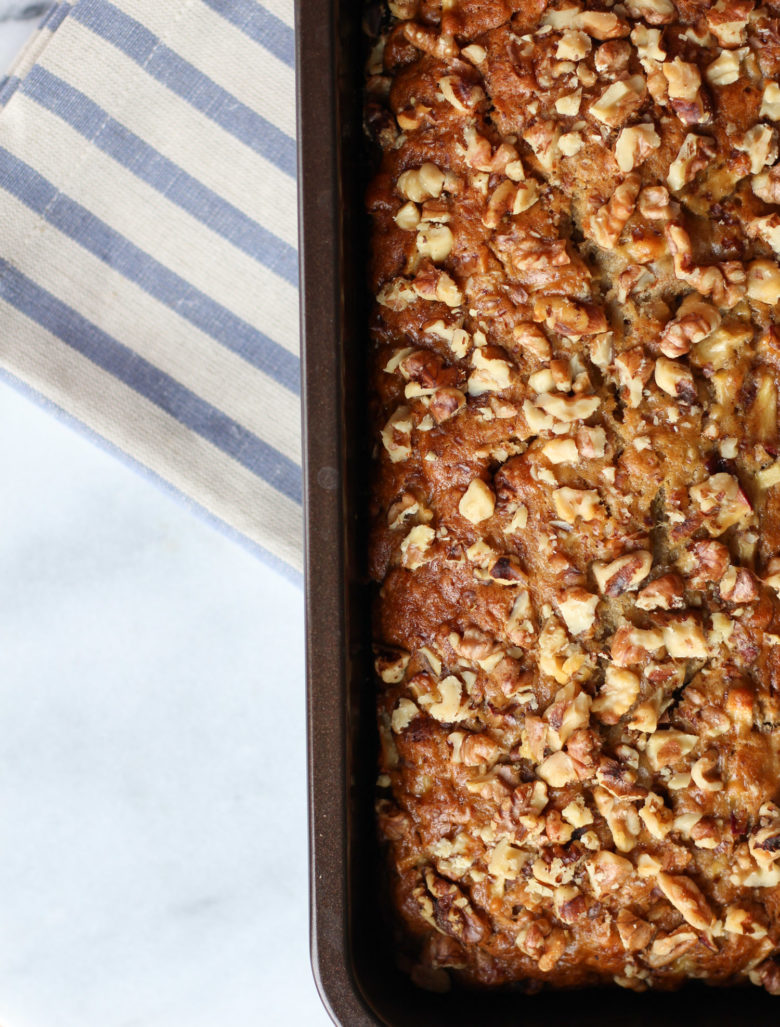 You know those go-to dishes you end up making multiple times a month without even realizing they’re part of your regular rotation? That’s how this apple banana bread is for me…I’ve legitimately been making it about every three weeks for the past four for five months. It started because we kept having overripe bananas at the end of the week, so we’d freeze some for smoothies and use the rest for banana bread. The recipe sort of just evolved from there and has turned from a simple banana bread into the yummiest apple banana (and nutmeg and cinnamon!) variety. We’ll frequently make this on a Sunday night and eat it for breakfast through the upcoming week, and I can safely say it’s become my favorite non-dessert baked good recipe!

If you’re familiar with the recipes I typically post, you’ve probably noticed that I’m not big on complicated dishes. I didn’t really grow up shadowing my mom in the kitchen, and our own home-cooked meals were fairly simple (or included more complicated Indian dishes that I wasn’t interested in learning much about at the time.) Same with baking–it’s something I always enjoyed, but 90% of the time it included a boxed mix. And unlike most cooking, there’s a science behind baking…it’s a lot harder to play with proportions and not have the recipe get messed up.

So basically, I get kind of nervous baking most things when you can’t taste test before serving. This is coming from the girl whose blog was called “Cake & Lilies” up till a few months ago…ironically, there are few cake recipes I’m very comfortable baking and serving. Luckily this apple banana bread is one of my tried and trues, and one that feels next to impossible to screw up. I think, at least? Basically it’s turned out perfectly every time I’ve made it, and I’ve continued to tweak the recipe a bit to get it to where it is now. This is something I’m really proud of since a lot of my dessert recipes tend to be adaptations…I did originally use this banana bread recipe as the basis, but it’s evolved so much that I’ll safely call it my own :)

Hopefully you love it as much as I do–let me know if you make it!! 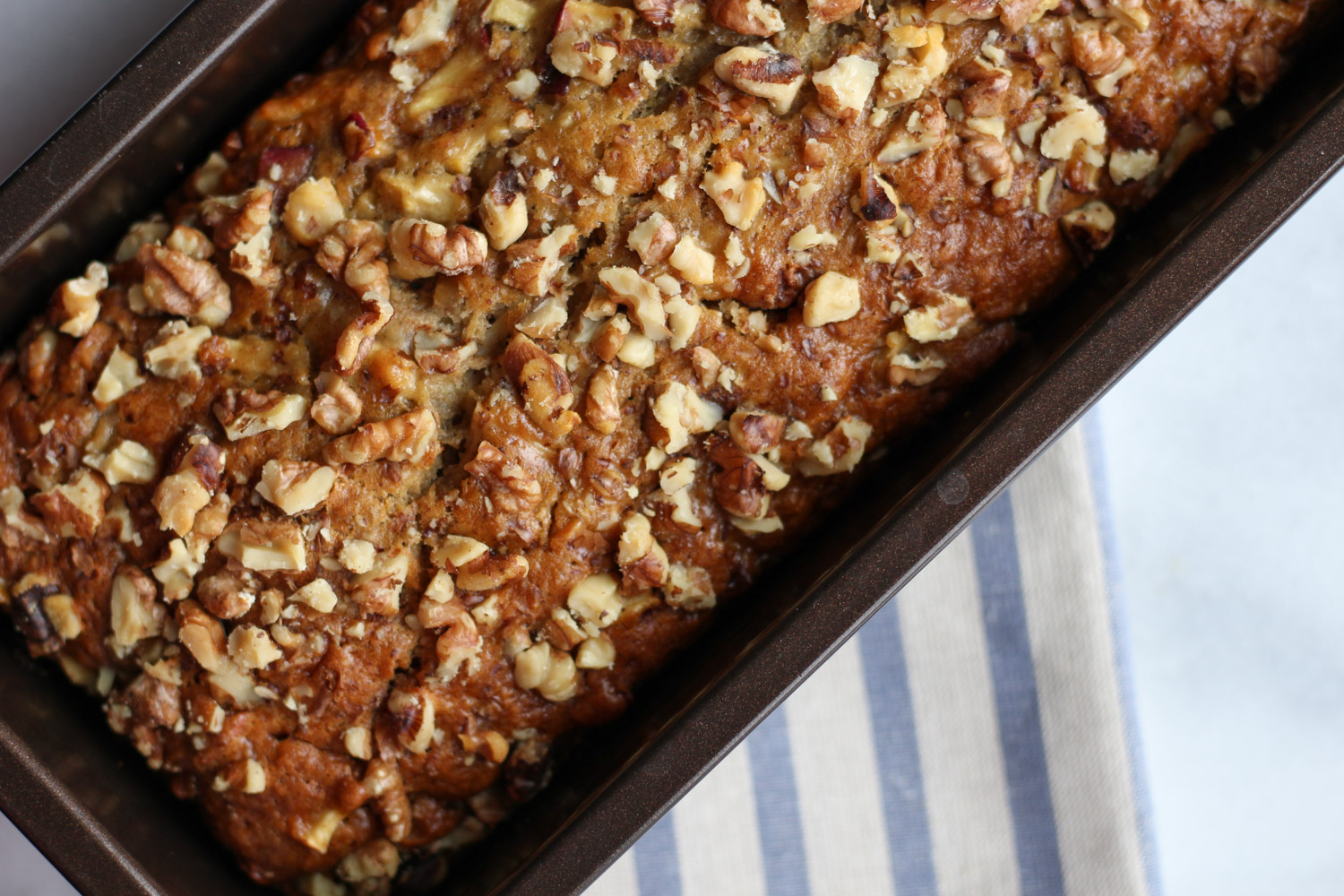 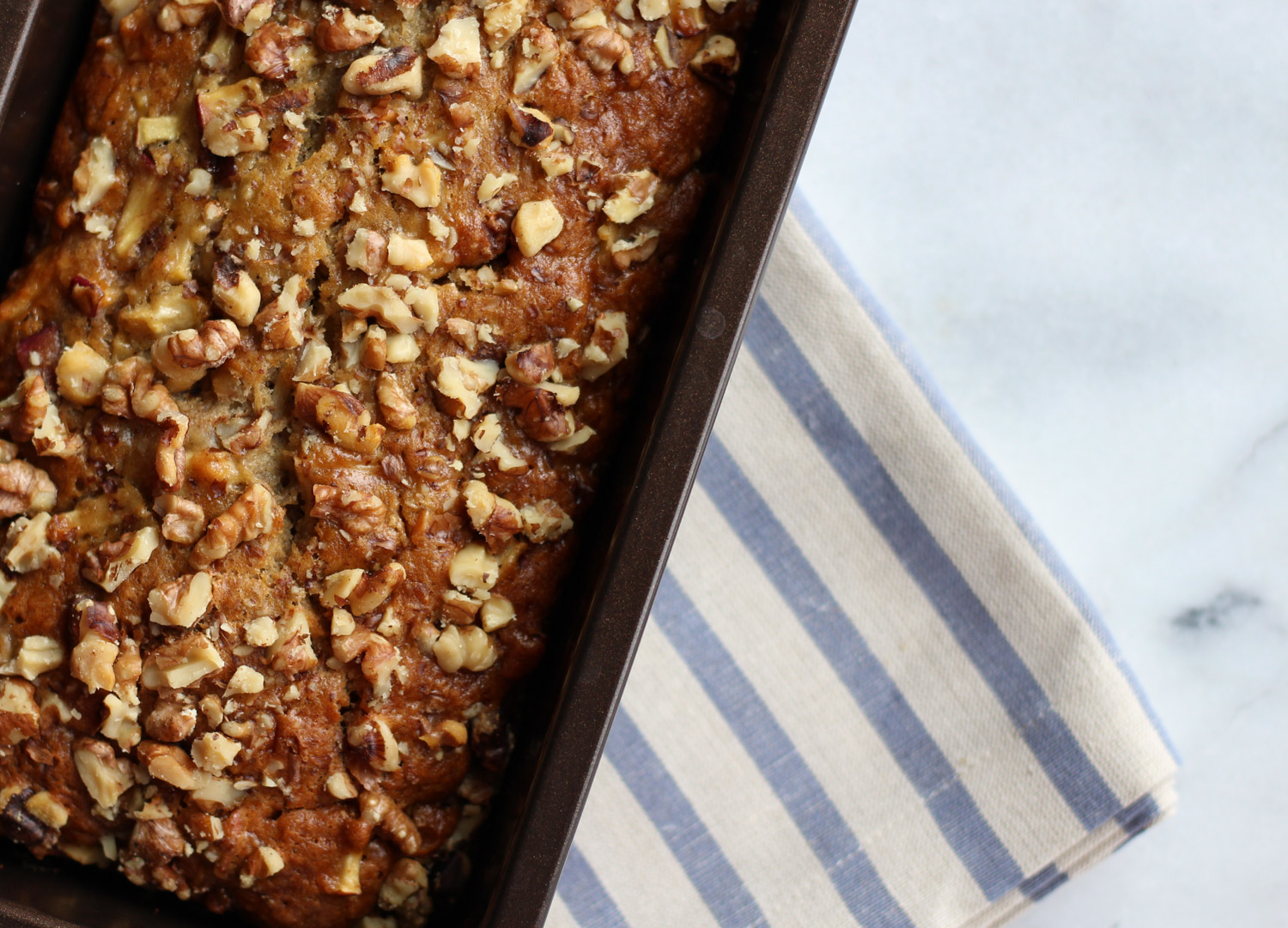