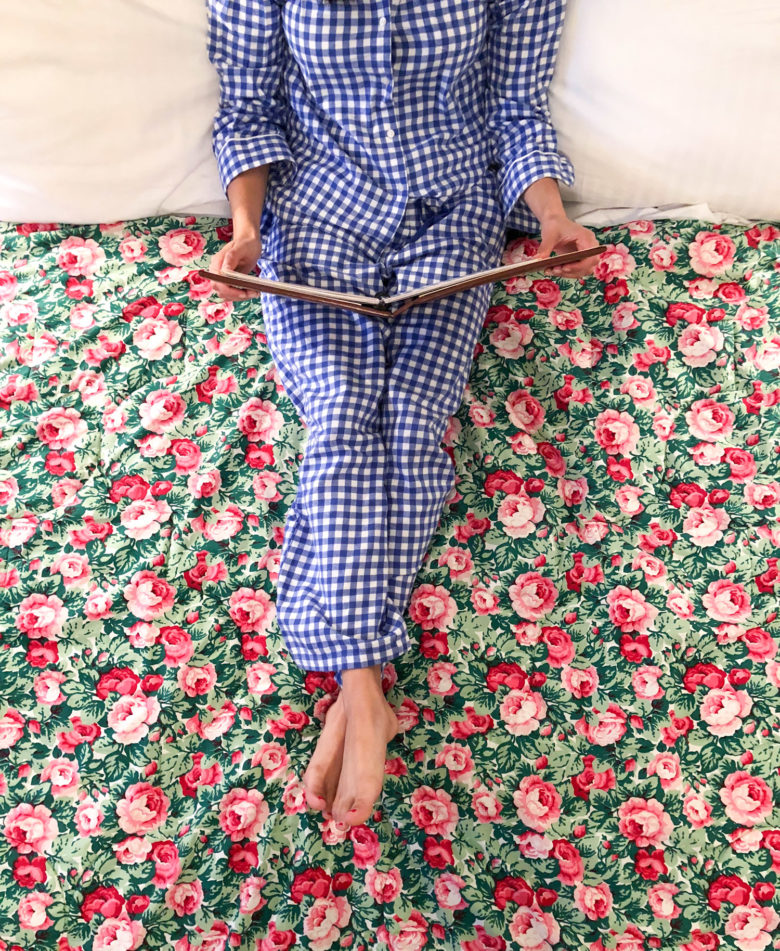 Two weekends ago, J and I woke up early Saturday morning, hopped in a Lyft to DCA, rented a car, and drove down to West Virginia for a weekend at The Greenbrier. It’d been on our bucket list since we moved to DC so when they reached out about a visit, I couldn’t say “yes” fast enough. And you guys, it’s everything we imagined and more…and I can’t wait to share our weekend with you! If you caught my Insta stories, you probably know what I mean when I say everything was over the top in the best possible way. The service, decor, amenities, uniqueness–everything surpassed our expectations.

In short, The Greenbrier was built in 1778 and is an enormous resort that’s hosted guests from around the world–lots of presidents, VIPs, etc., but also families who have made the property part of their own traditions. The grounds itself are 11,000 acres, which includes the hotel, golf courses, and lots of homes available for purchase (the dream!). While the resort is known for its golf courses and summertimes activities, it’s also beautiful and fun in the wintertime; they’ve really figured out how to make it a year-round destination. If you’re looking to get out of town for the weekend–especially if you’re in the mid-Atlantic–this is your spot :) 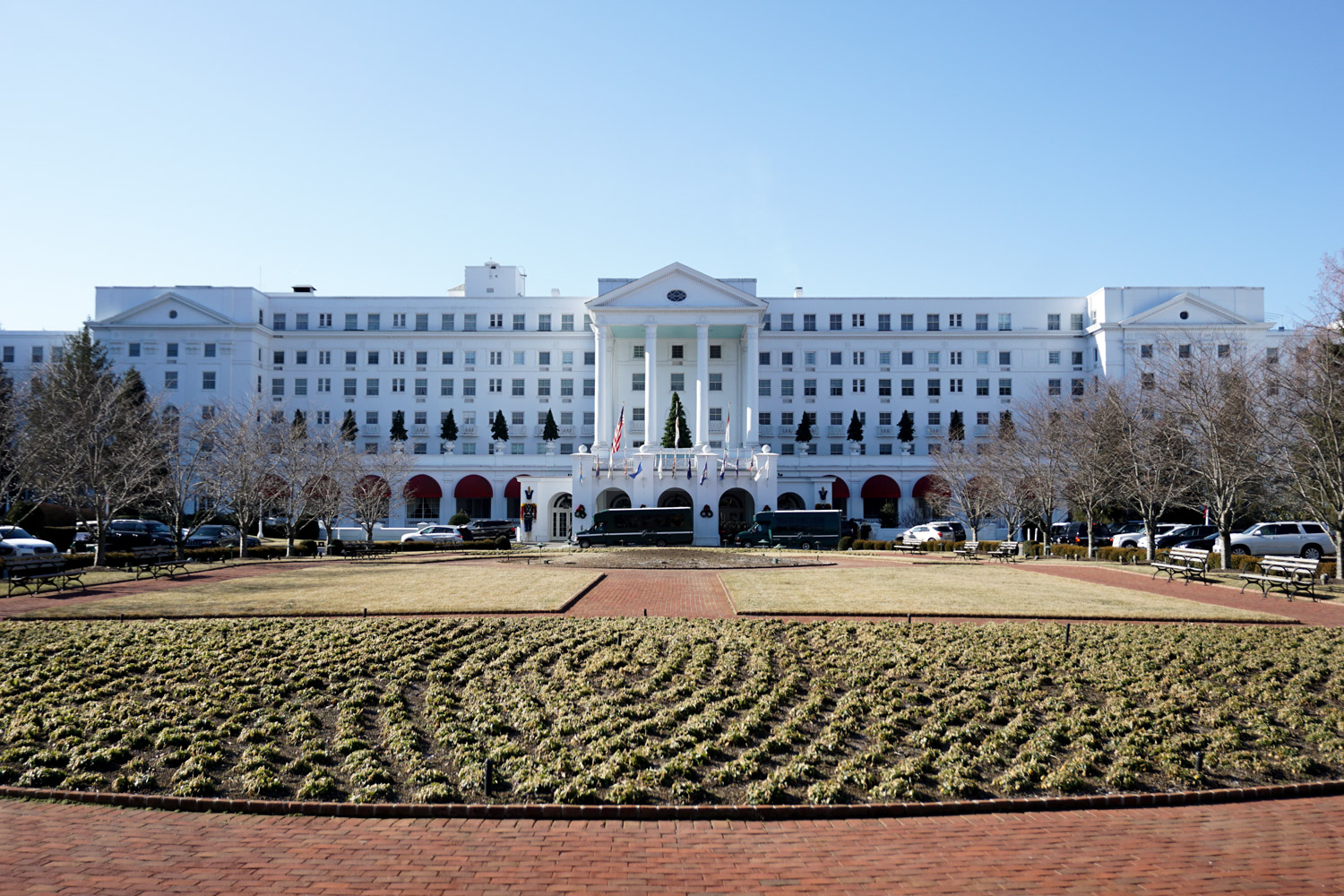 HOW TO GET THERE

The resort is located in White Sulpher Springs, WV, which is about a four hour (scenic!) drive from DC. It was incredibly convenient–we left at 8am on a Saturday morning, hit zero traffic, made one stop, and were there just after noon. If you’re flying into the area, the three closest airports are Roanoke, Charleston, WV, and Beckley, WV. The local Greenbrier Valley Airport will also have limited flights from Washingon’s Dulles and Chicago O’Hare starting in early April (get more details)…basically you’re most likely going to need to do some driving, but the area is gorgeous, the drive is easy, and your destination is a true getaway–we didn’t use our car at all once we arrived, which I loved! 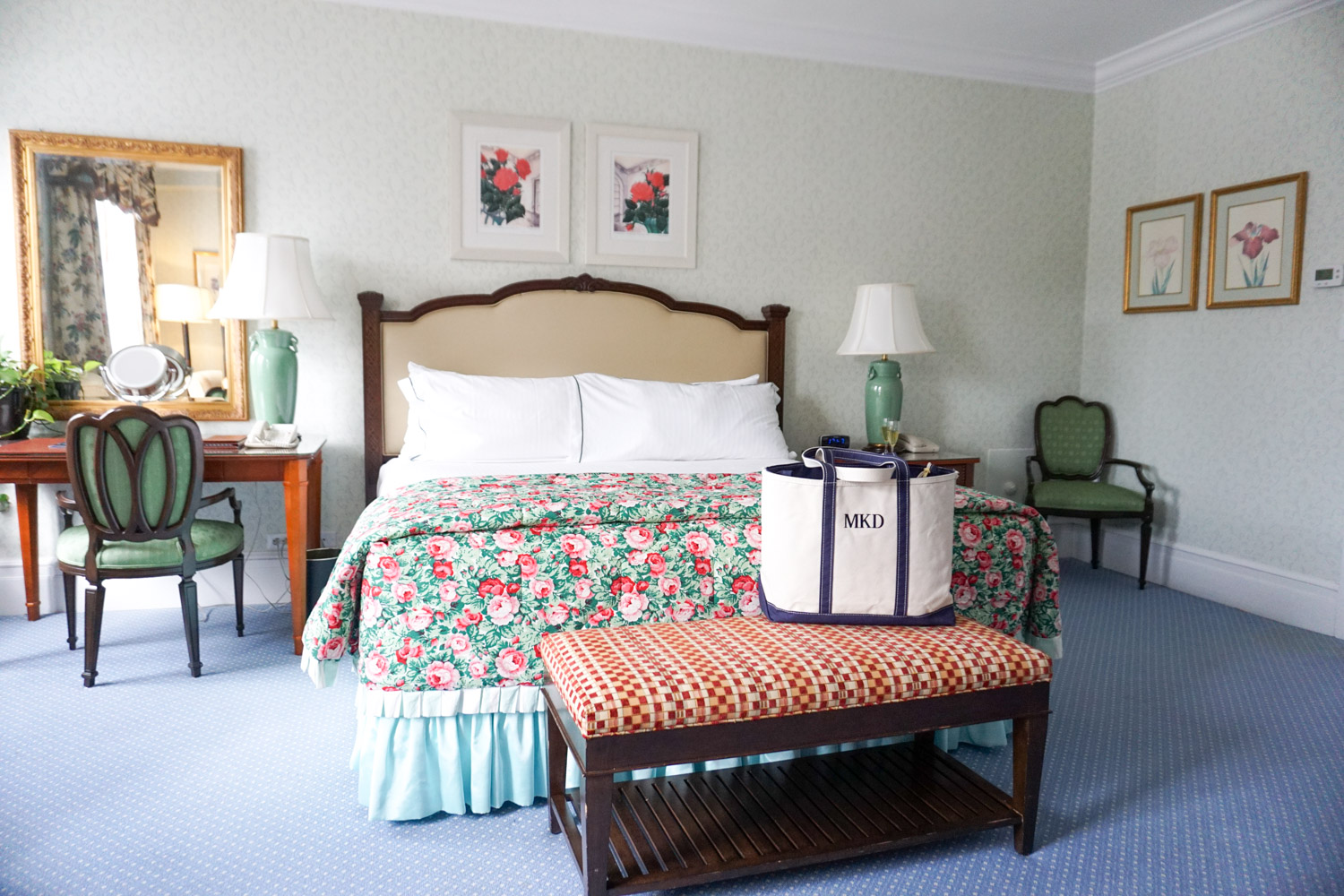 My pajamas (on sale, but also love these) | Monogrammed tote

Resorts typically have quite a few activities, but I was blown away by the number of offerings at The Greenbrier. There’s truly something for everyone, down to the kiddos. We started off with the Bunker Tour , which I can’t recommend enough if you have any interest in American history. This is something we were most excited about, and it completely lived up to expectations! For decades, the hotel housed an undercover bunker that was the emergency fallout center for Congress should Washington have been under nuclear attack. The whole thing was kept a secret from the 1950s till it was exposed in 1992. The tour is lengthy and informative (don’t go hungry like I did!) and was easily one of the coolest “history”/museum tours I’ve ever taken. One thing to note is that a lot of activities at the resort are seasonal, since you obviously aren’t going to be playing golf this time of year (if you’re a golfer, though, you’ve probably already heard about how amazing their courses are), probably aren’t going to be going on lengthy hikes, and certainly aren’t going to be taking a dip in the infinity pool. The good news is that there’s still no shortage of things to do in the winter. In addition to the Bunker Tour, we also took a carriage ride around the property. It was beautiful and really cool, but a bit pricey in my opinion…if  you’re not as much of a horse enthusiast and/or are willing to bundle up and walk around, I’d say to explore by foot instead.

The afternoon tea in the lobby was also a highlight–it’s been a tradition since the 1930s. Guests can enjoy complimentary tea (they also had wassail, which I love) and little pastries while taking in the live entertainment and people watching. If we visit in the summer next time, we’ll definitely be playing indoor tennis…and they also have more unique offerings like falconry, glass blowing, croquet, and more.

Probably the biggest treat for J and I was spending Sunday afternoon in the spa; we both got the The Greenbrier Treatment, which included a soak in the local waters (in a bathtub!) and a shower that’s difficult to describe–it’s called a Swiss Shower and Scotch Spray that’s designed to break up cellular blockage and toxins before the massage that follows. I have an incredibly tight back that’s constantly in knots, and am usually skeptical of hotel spas since they often prioritize a softer, comfortable massage over something more deep tissue. I can safely say that this was one of the best massages I’ve ever had in my life…luckily my girl said she was better at applying more pressure than going light, and I felt a million times better for the next couple of days. The spa is definitely a splurge, but even if you get a basic service, it’s worth the indulgence. Make sure to go as early as you can to snag a comfortable lounge chair in the relaxation room before your service…they have magazines, spa water, and little snacks. 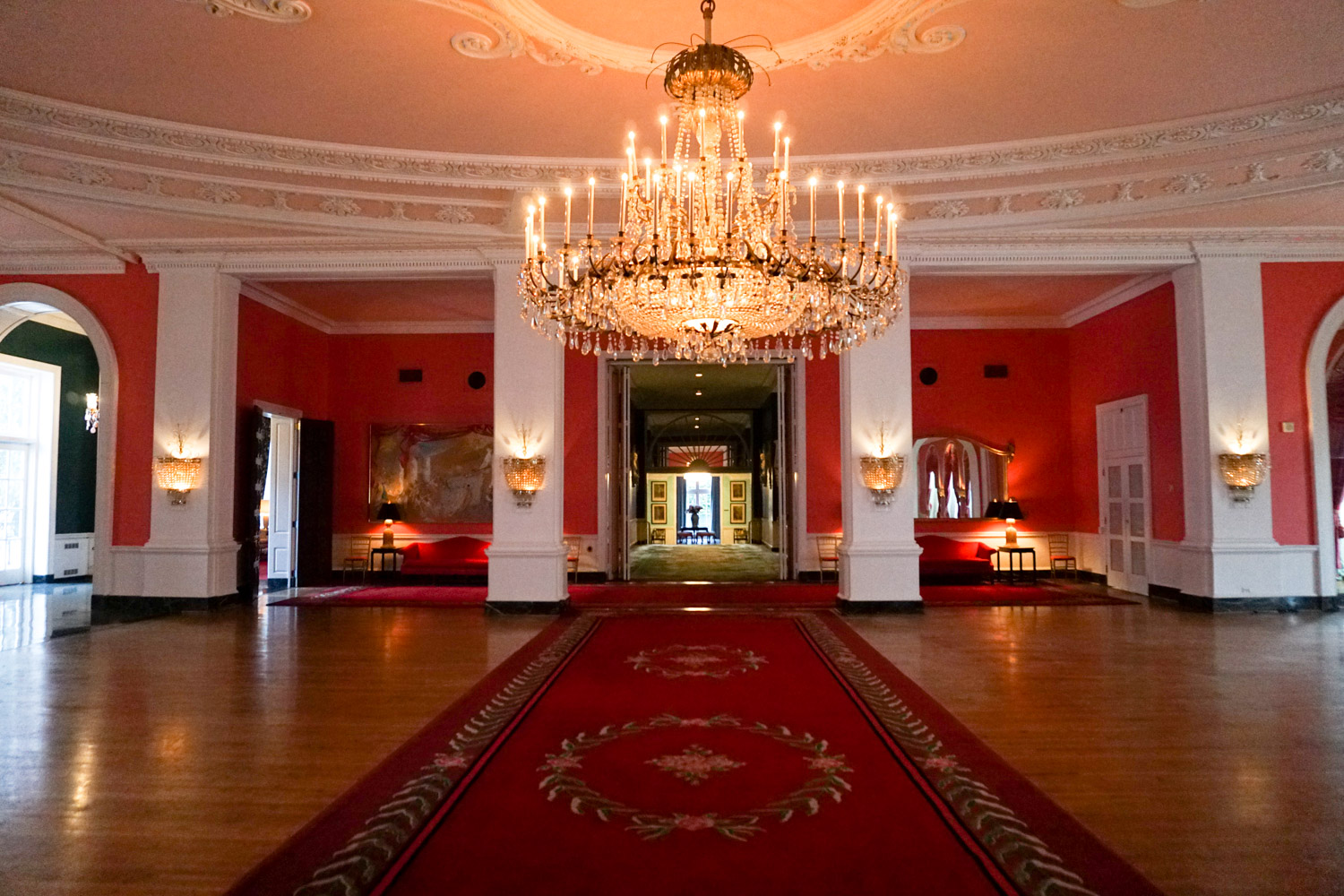 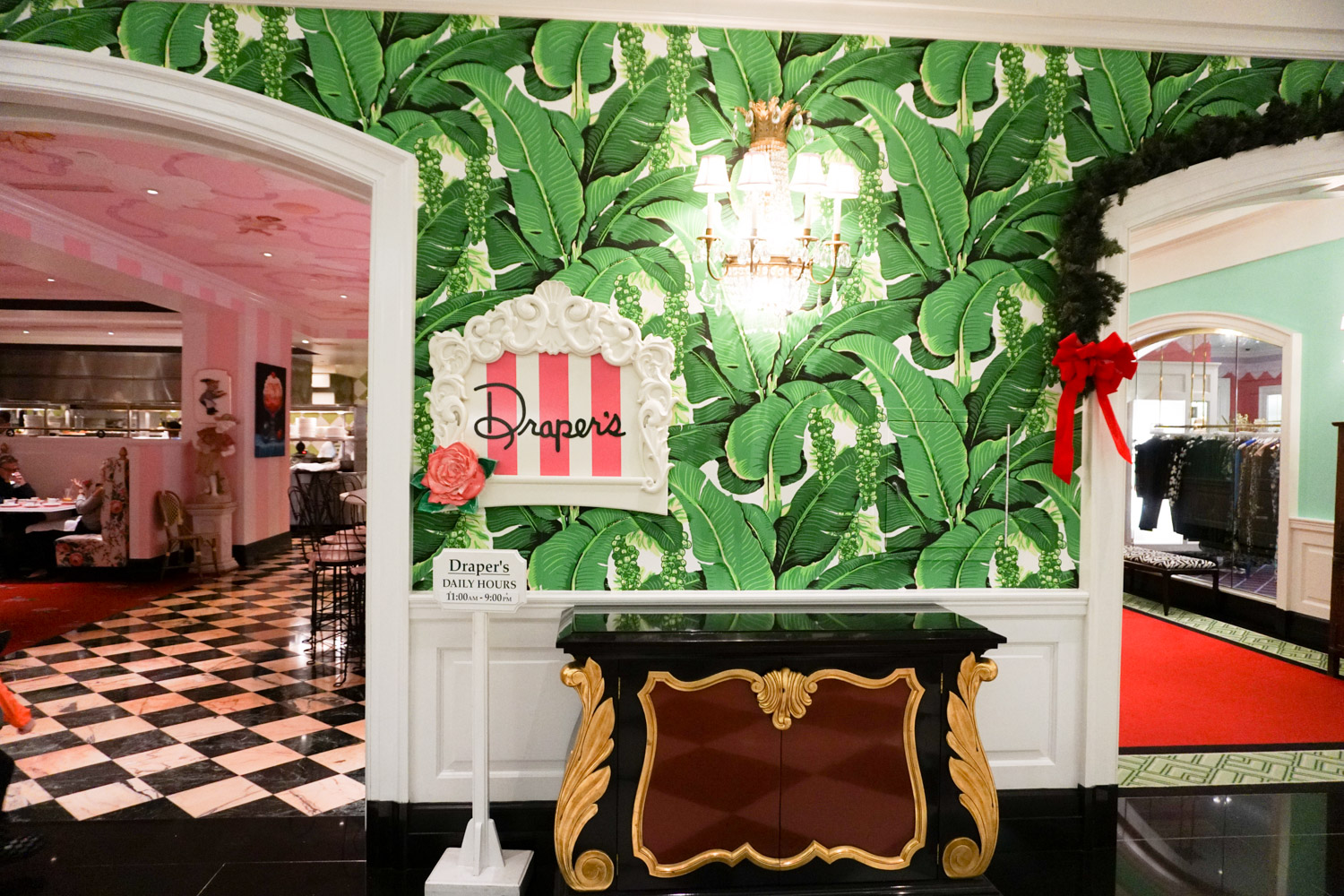 One of the coolest parts of the resort is the number of dining options. They have everything: a couple fine dining options, a sports bar, a pizza place, a diner…we were seriously impressed. We had reservations at Prime 44 West (you must get the lobster mashed potatoes but ask them for a half-portion instead, because it’s more than enough!) and the Main Dining Room, both of which give you the opportunity to get dressed up. This is something I love about The Greenbrier–all the guests would clean up before dinner and break out their jackets, dresses, heels, clutches, etc., which is so special!

We also had a great casual lunch at Draper’s, and I’d highly recommend the BLT. The french fries were also a 10 in my book (and I’m a harsh fry critic). If you’re getting a boozy shake, which you totally should, stick with splitting one–they’re huge! Another thing I’ll note about food at The Greenbrier is that the breakfast buffet is a must. I’ve eaten my fair share of breakfast spreads throughout the years and this one earned a top spot…it’s spectacular. Even basic dishes like scrambled eggs are elevated and there are options you don’t see every day, like cheese blintzes and quiches. The buffet is $29–a great deal, considering you probably won’t be hungry for hours! WHAT TO DO AT NIGHT

You probably aren’t surprised to hear this by now, but there’s no shortage of things to do at night, either. Perhaps the coolest thing is the casino, which is literally open until 3 or 4am, depending on the day. We lost $40 on the slots pretty quickly (and I stubbornly insisted on cashing out 25 cents so we could take something home) but it was still a lot of fun. They also do a “Champagne Waltz” at 10pm each day, where dancers come out and perform and guests are given a complimentary glass of champagne. The little details like this are what really stood out to me…seriously, no detail is overlooked.

In addition to several restaurant bars, the casino, and the lobby bar, there’s also a spot called Café Carlton, which is open Friday + Saturday nights and with a live piano + show tunes, plus a cabaret show. Our dinner ran a bit late so we skipped this one, but I’d love to check it out next time we’re there! 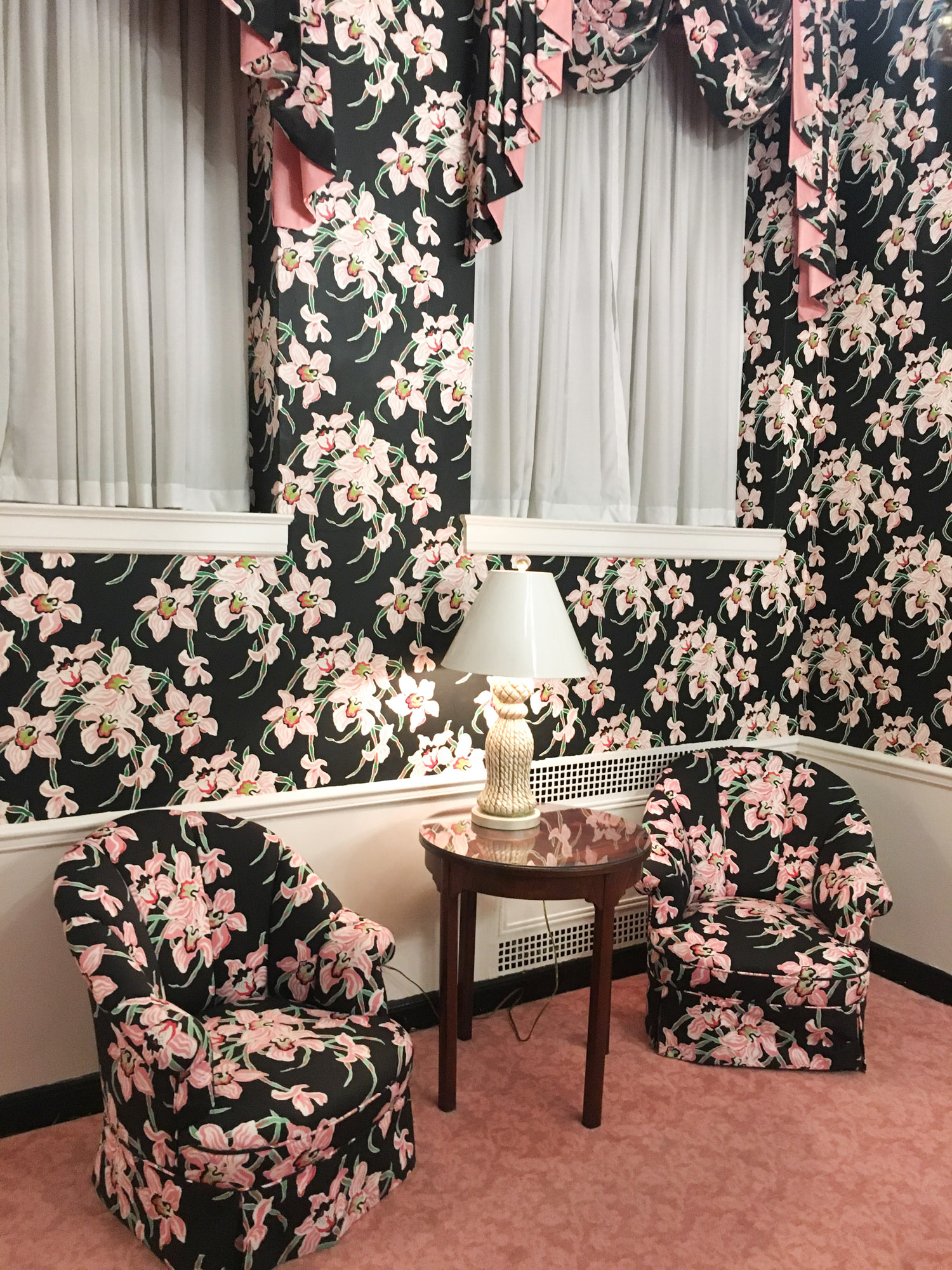 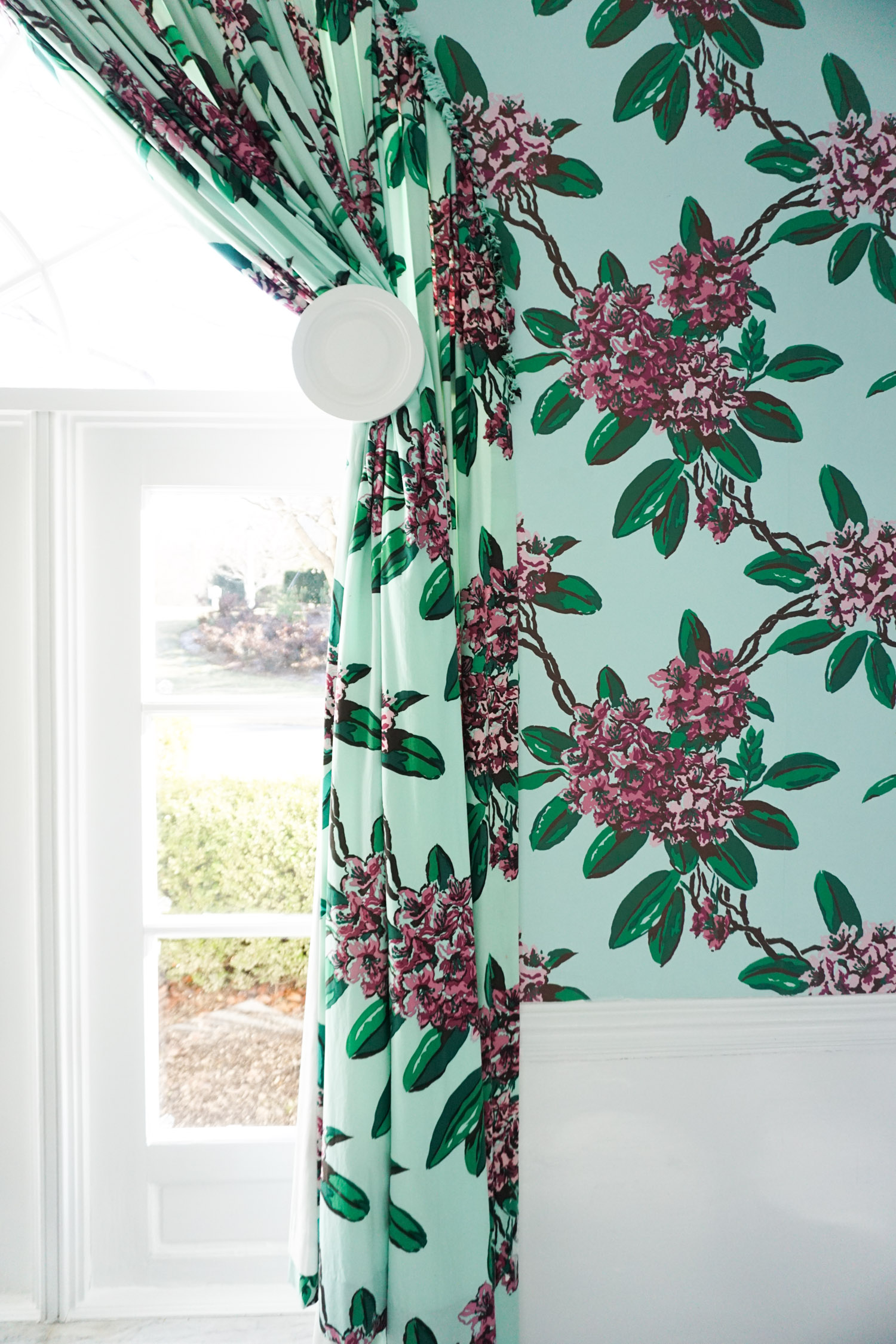 Did you really think we were going to make it through this post without talking about the decor? Of course not! The famed Dorothy Draper was hired to renovate the resort after it was used as a hospital during WWII and no detail is overlooked. Her influence is everywhere, from the textiles and the wallpaper to the paint colors to the patterns on the fine china, not to mention the decorative accessories and furniture. 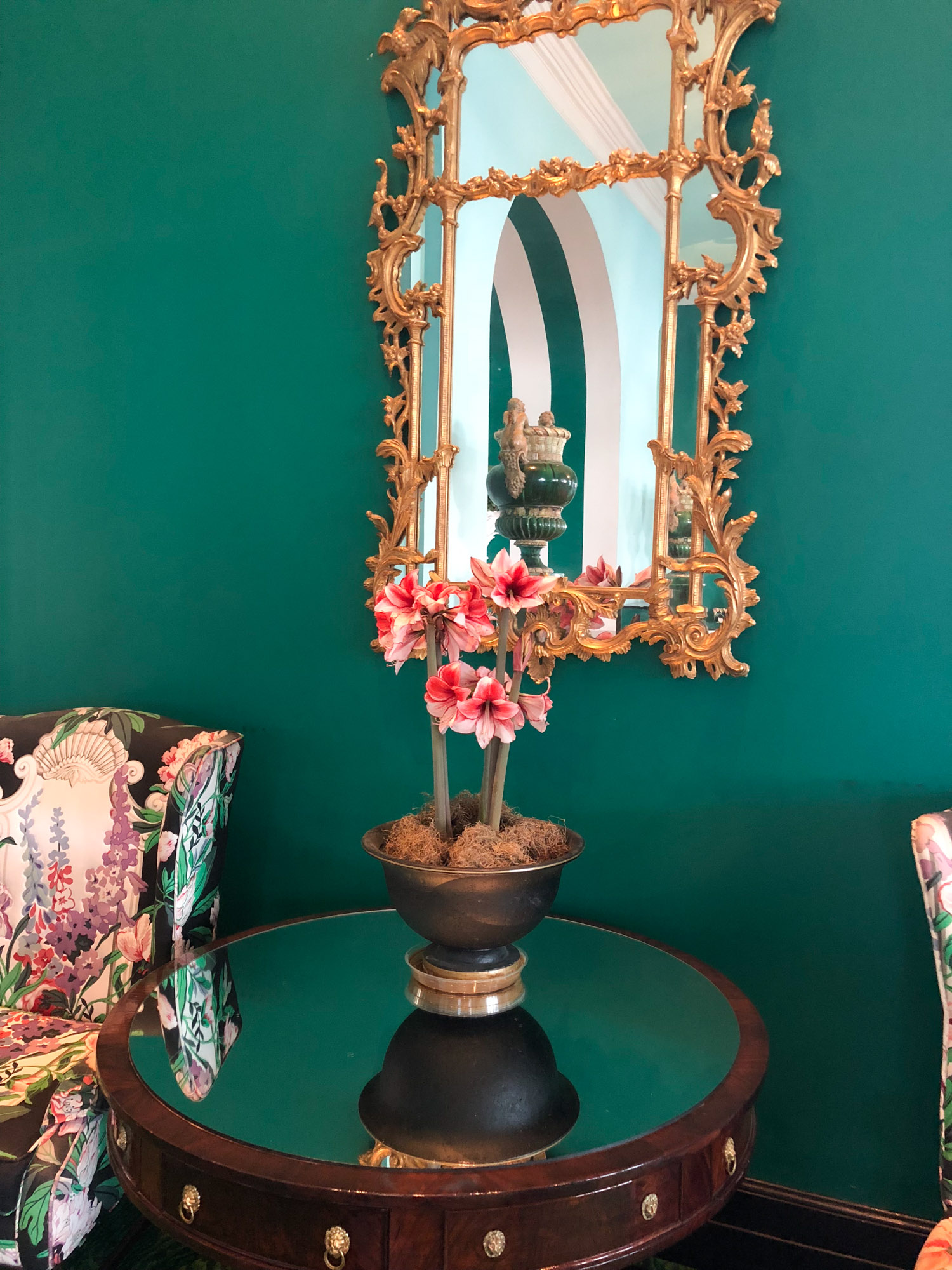 Excuse a lot of the poor lighting–a lot of the hotel is pretty dimly lit but I had to show you guys as many details as possible :) If it isn’t already obvious, I fell in love with The Greenbrier the second we pulled up and can’t wait to go back. It’s truly a special place that’s hard to put into words (or pictures), and if you have the opportunity to stay there, you absolutely should. So many of you reached out via Instagram comment or DM to say how much you love the resort and I completely get it now. It’d make for a fun trip with girlfriends (I think a low key bachelorette there would be amazing), a significant other, your parents, or as a mother + daughter trip. We saw so many families with kids of all ages, which isn’t something I’ve seen at resorts that also manage to cater to adults–you can literally hire a babysitter to come to your hotel room, and one couple we met said they were sending their kids to the movies while they went out to dinner that night!–and I think that’s what makes The Greenbrier such a  unique place.

Have any of you been to The Greenbrier and if you have, do you love it as much as I do? Fingers crossed some of you can make a trip there soon–let me know if you go! 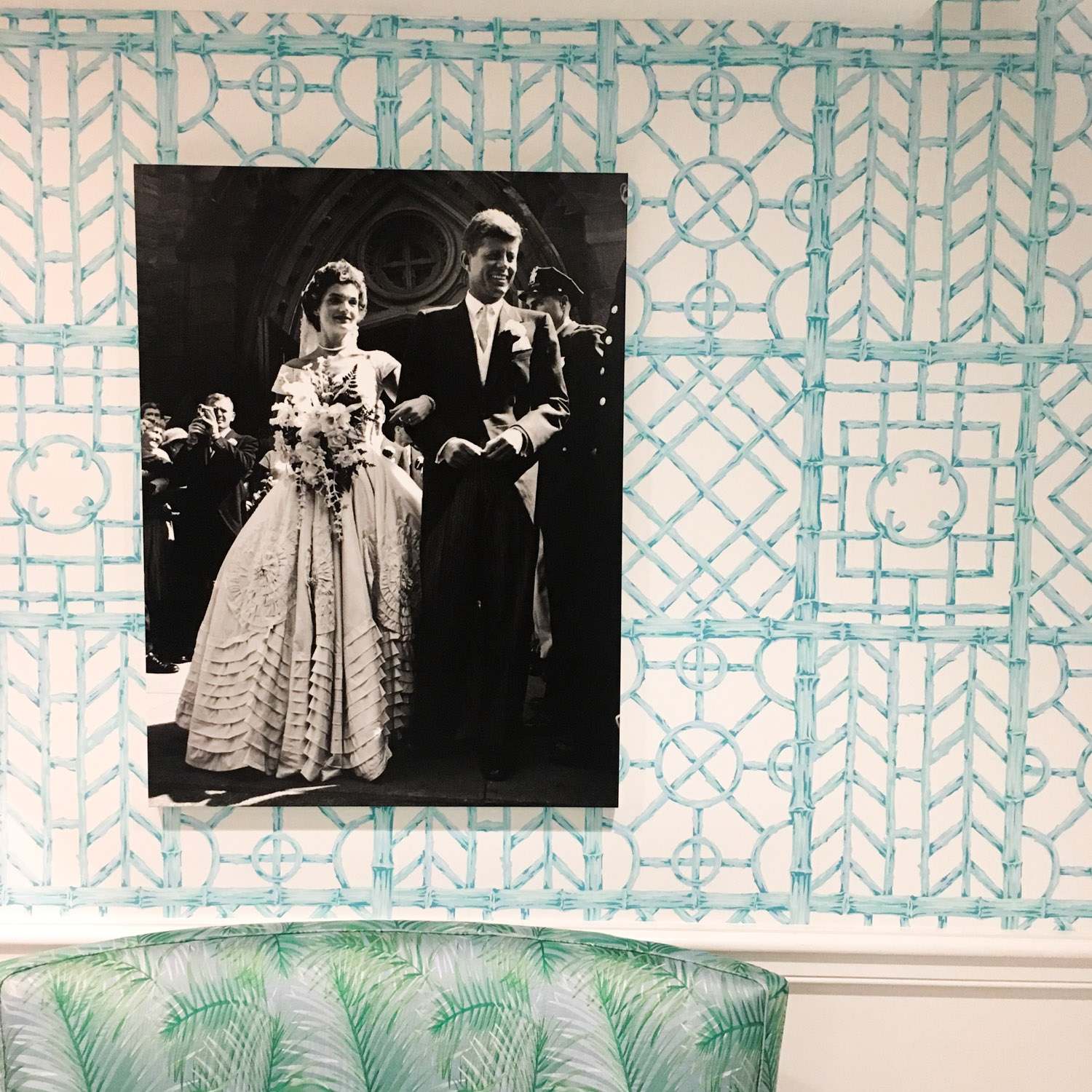 Photos by me. This post was done in partnership with The Greenbrier; thank you for a wonderful stay!