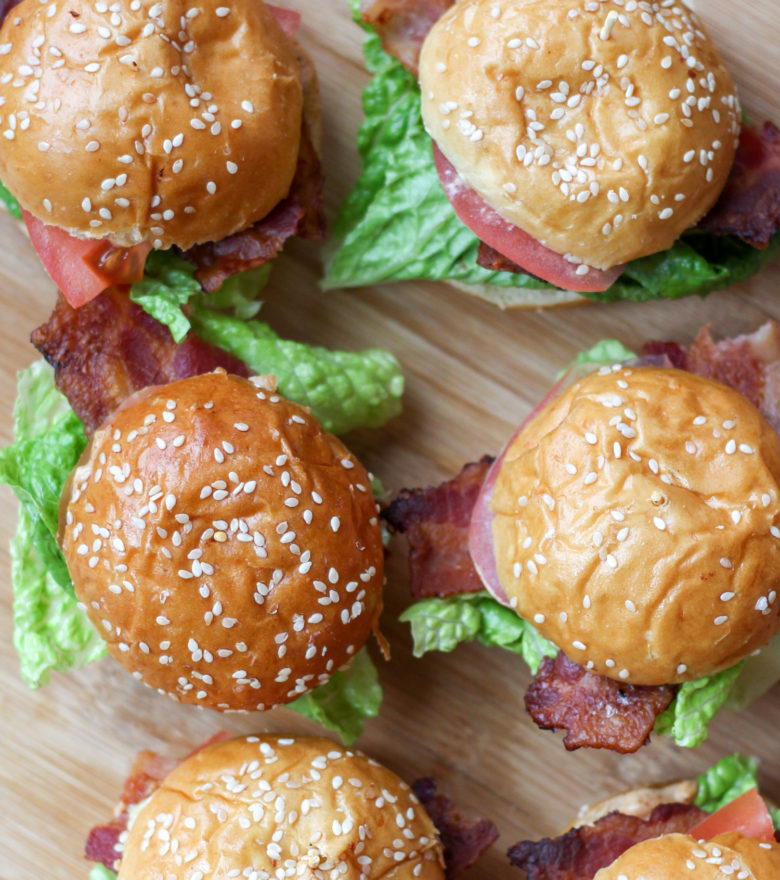 Happy Wednesday! How is everyone’s week going? I’m not going to lie, I’ve sort of been neglecting my typical evening routine (getting in bed by around 9:45 to read, and lights off by 10-10:15 because I like to wake up early but also get eight hours of sleep) because of the Super Bowl, The Bachelor, and This Is Us…but This Is Us has been so incredibly good I don’t mind one bit (raise your hand if you feel similarly) and re: The Bachelor, I do same thing as in years past…multitask and do other things while it’s on in the background and only half pay attention. Pretty sure it got switched off just before the rose ceremony this week….oops. Wake me up when there are five contestants left :)

Is it weird that it’s 7am and I’m craving the sliders in this post? Despite a relatively strong dislike of tomatoes, I weirdly love BLTs (and yes, sometimes the tomatoes get picked off…so I guess I like mayo, lettuce, bacon, and bread…which makes sense!) and wanted to put a spin on them for the Super Bowl. Senior year of college, my bestie and I would make chipotle mayo quesadillas (sometimes veggie burgers) multiple times a week, and the little kick always felt like such a special treat. I’ve continued to embrace it ever since and had this idea to add it to this classic sandwich. And it was so, so good! A big hit during the game, and Katie even took home the couple of leftovers for lunch the next day :)

Also, can we talk about how adorable these mini buns are? We used the last couple to make chicken finger sliders last night (with a huge side of guac!) and to be honest, I’ll probably pick them up as part of a normal grocery haul despite it just being J and I for dinner during the week. You could obviously make this recipe with normal bread, too, but everything is better in miniature and if you have kids or are cooking for a group, highly recommend springing for the fun-sized bread!

* We used this recipe for baking bacon.
* To take things to the next level, you could toast the buns beforehand. Yum! 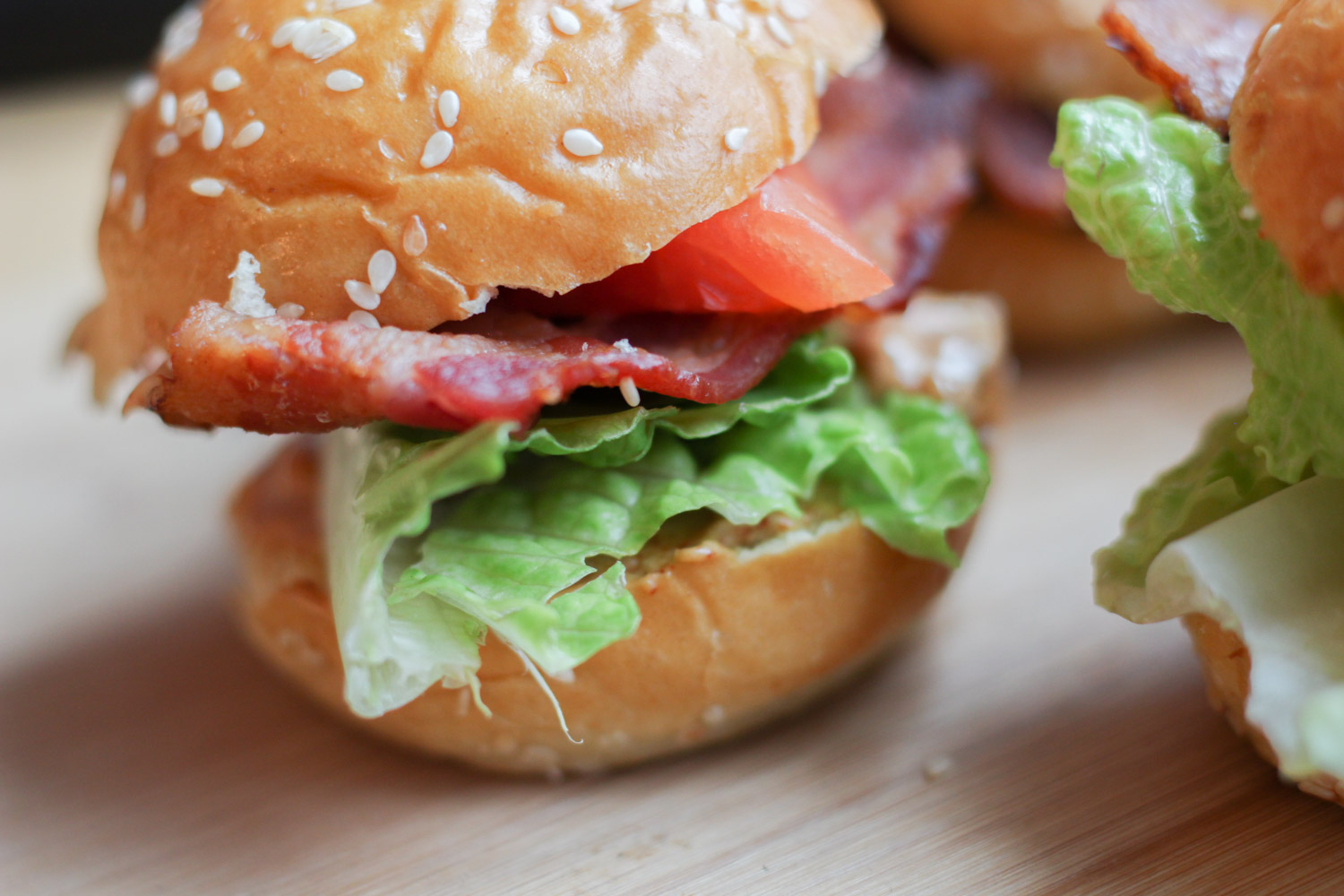