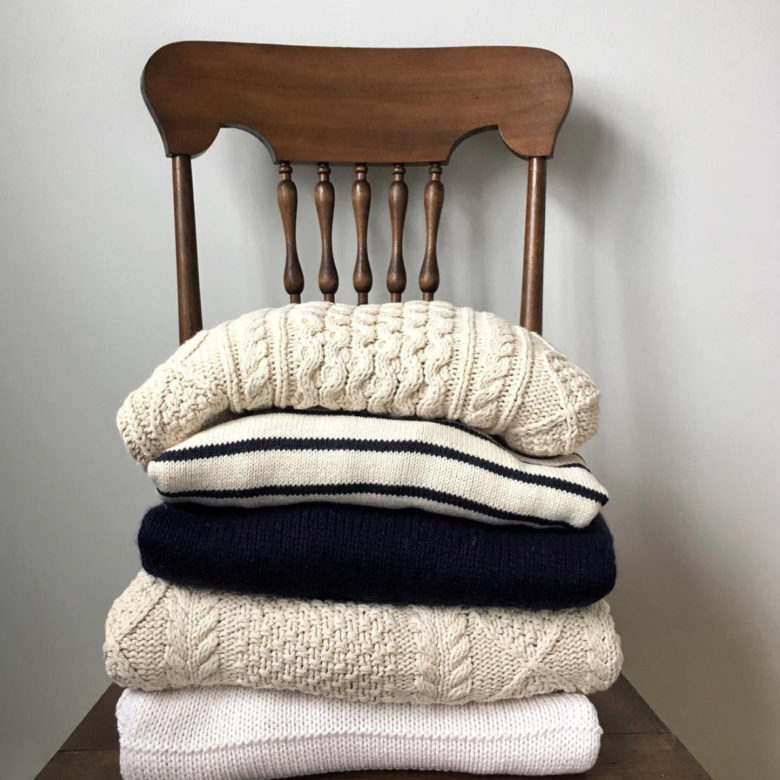 A couple of years ago, I published this post and talked about my support/argument in favor of off-season shopping. I think back to that post frequently, especially when we’re transitioning between two seasons and great sales are popping up left and right. I think it’s part of why I don’t really post outfits this time of year…many bloggers, myself included, assume that our audiences are only interested in spring and may not feel inspired by or interested in winter clothing when there are new arrivals and the promise of warmer times on the horizon!

I’m realizing, though, that maybe that’s not the case? I almost wish I’d done more outfit shoots with what I’ve been wearing to work lately…there have been a lot of good (albeit boring, after awhile) combinations consisting of a basic sweater or top, black work pants (these and an older version of these are my favorites), along with these flats (in one of three colors, because I’m obsessed with them) or the older version of these heels, which I wish I’d bought in three colors. Granted, these shoots would have been logistically impossible because we’ve been out of town over every weekend for about two months–and the one weekend we were here, it rained the entire time–but it’s giving me something to think about when it comes to this time next year. The awkward gap between summer and fall poses similar issues except my disdain for temperatures over 80 + humidity, plus excitement for my favorite season (!!!) means I’m more excited for sweaters and leggings (still, probably wouldn’t shop for them ahead of time, except when it comes to snagging a great deal on last seasons styles!)

Now that I’m two years “wiser,” I think I’ve figured out why my temptation to buy for the immediately upcoming season is always so low: 1) I grew up avidly shopping the sale rack–and brand new items aren’t usually going to be discounted enough and 2) over the past couple of years, I’ve grown to appreciate having less “stuff,” so going through my existing spring + summer clothes (which are currently packed away under the bed) to do an “inventory” isn’t appealing until I’m close to the seasonal “seasonal closet switchover.” To avoid impulse buys and buying something that I don’t actually need, I always aim to go through that season’s clothes before buying new ones.

When I was in NYC last week, the only shopping I did was for three very off-season pieces: this sweater (though it was marketed as “new” and I naively think I’ll be wearing it with white jeans mid-summer in DC…humidity will happily prove me wrong…it’s also conveniently marked down from literally last weekend, so snag it at $20!), this sweater (also has since been marked down to $10–case in point for off-season shopping), and these “heat tech” leggings. When I bought them, the second sweaters and leggings were both marked down to $15 a piece. As an extension of off-season shopping, I rarely ever buy something full price; this sweater was one of the couple exceptions I’ll make in a year, and I snagged it because it fit perfectly and seems well-made for the price. Also, I was in a tiny, poorly lit NYC dressing room with 18 garments to try on and just caved when I found one that worked so well. While buying off-season clothes sometimes means missing the instant gratification of wearing something brand new right when you buy it, my formerly typical “I want to wear it now!” mentality has been replaced with the thrill of finding exceptionally good deals on classic pieces that I know will appeal to me just as much next year (and hopefully in years to come) as they did when I bought them!

Sooo, where do you stand when it comes to off-season shopping? Are you still on the hunt for a remarkably well-priced cashmere turtleneck, or if given the choice, would buy instead a summery tank that probably won’t see the light for another ten weeks? I’m really convinced there’s no right or wrong answer, and am guessing most people find a middle-ground that works best.

And because we’re on the topic, a few off-season steals and summery buys I’m eyeing:

This is the new winter coat I picked up, and it’s SO WARM. It dropped to under $200 when I got it (mine is black, but others are as low as $150 right now), so keep an eye on the price or call them to inquire! I’ll be doing a blog post soon, but Backcountry has turned into one of my favorite retailers thanks to their incredible customer service, so I wouldn’t be surprised if they honor the lower price or tell you when it may drop again. I’m also very tempted by this sweater…