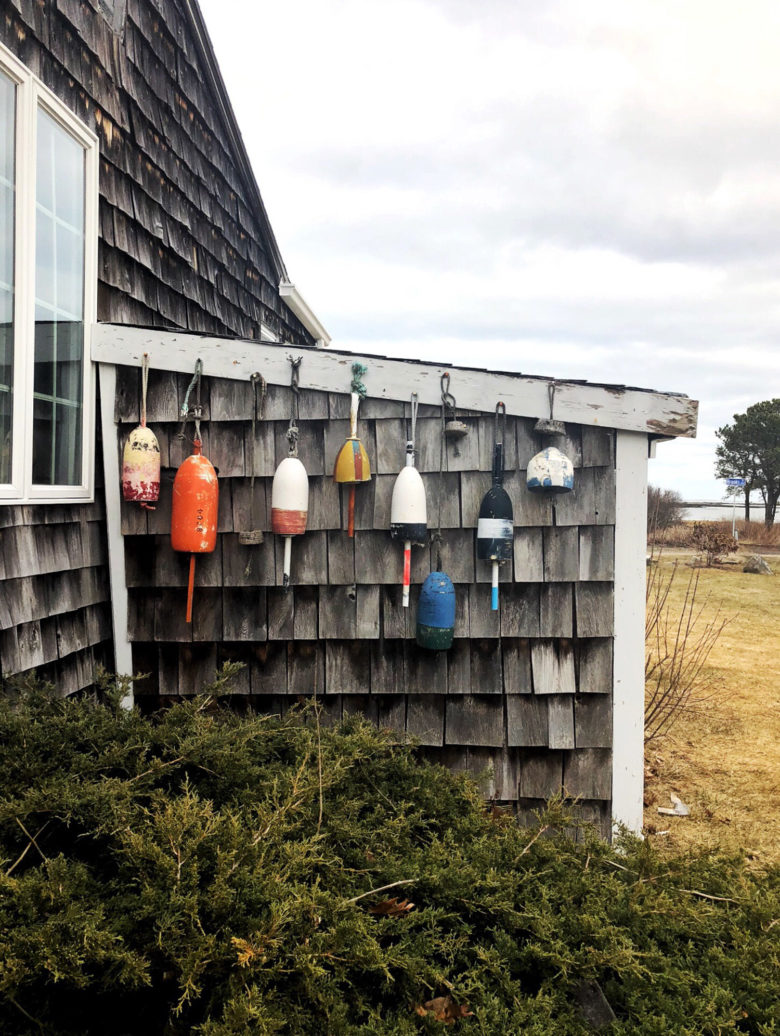 I’m excited to recap our quick trip to Boston + Maine–we somehow ended up nearly completely missing the huge rain/wind storm that hit the northeast at the end of last week since we flew out to Boston on Thursday night (and were delayed, but due to a mechanical issue rather than the weather) and drove to Brunswick, ME with a couple friends as soon as we landed. We were going to spend the first night in Boston and drive to Maine in the morning, but the forecast was looking really ominous and I’m really glad we got out because other than some serious wind, we got zero inclement weather in Maine.

As you may have heard me mention before, visiting ME has been on my bucket list for as long as I can remember. The flight from DCA to Portland is so short (but can be pricey), but flying from DCA to Boston is generally really inexpensive and entails a short(ish) drive on the other side, depending on where in Maine you’re planning to be. 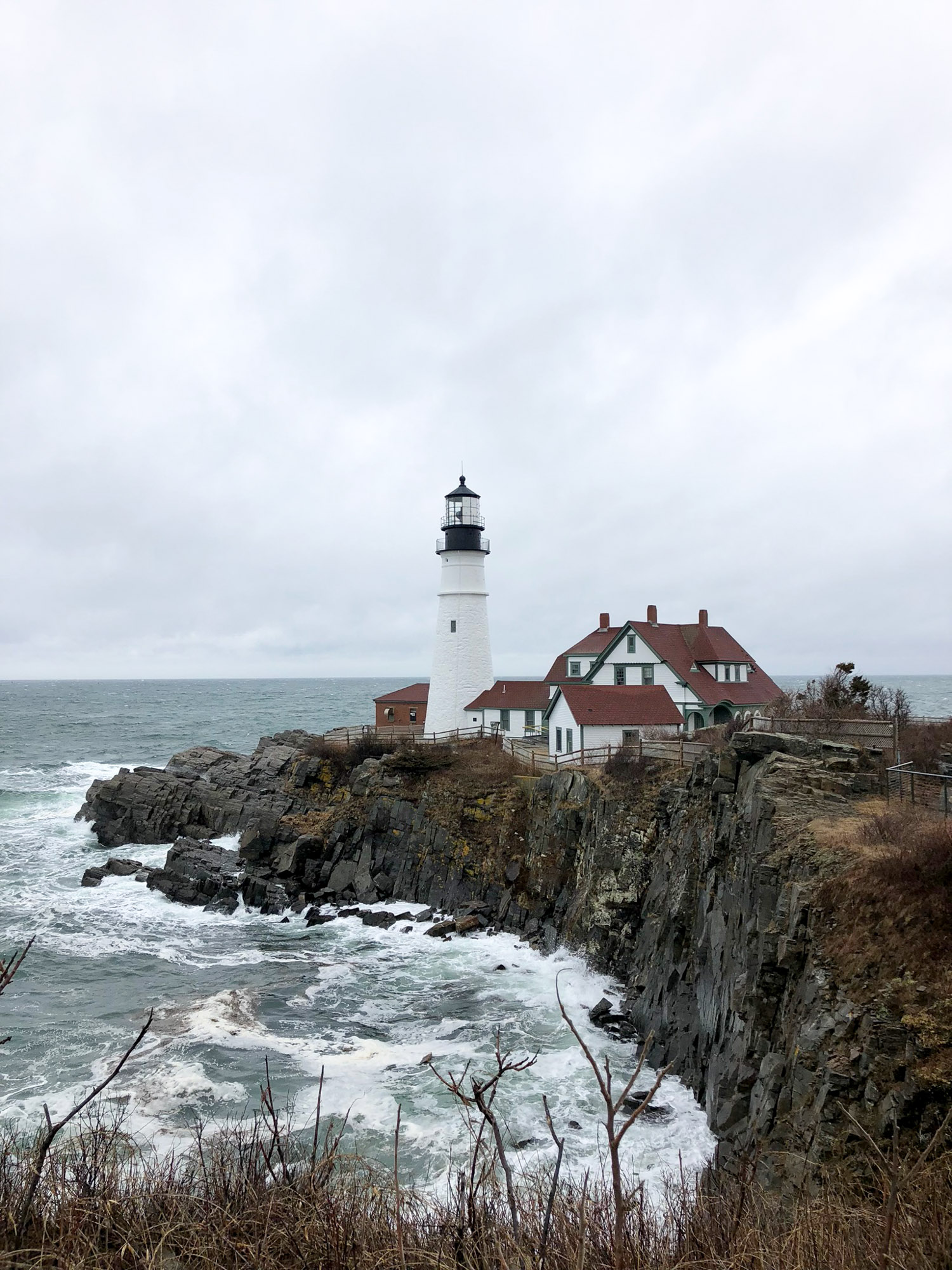 We had a leisurely start on Friday and headed to Portland Head Light, a stunning lighthouse a few minutes outside downtown Portland. It was insanely windy and the surge was huge, but that meant the area was relatively people-free. Unfortunately we had to skip the scenic walk because of the wind, but I can’t wait to get back and spend some more time there when the weather’s better. Post-lighthouse, we drove ~10 minutes into downtown Portland. It was really windy by then so walking around was pretty much the last thing on our minds; we warmed up in Flea-For-All (promising, but their stock wasn’t what we were looking for at the time) and hopped in the car to drive down by the water. We walked around there a bit but unsurprisingly with the off-season + the wind, things were pretty dead. Luckily, The Porthole was open for lunch and both the lobster roll + fries knocked it out of the park. Laurie told me after the fact that it’s a great place for a heavy pour if you’re looking to grab drinks by the water–just sayin’. 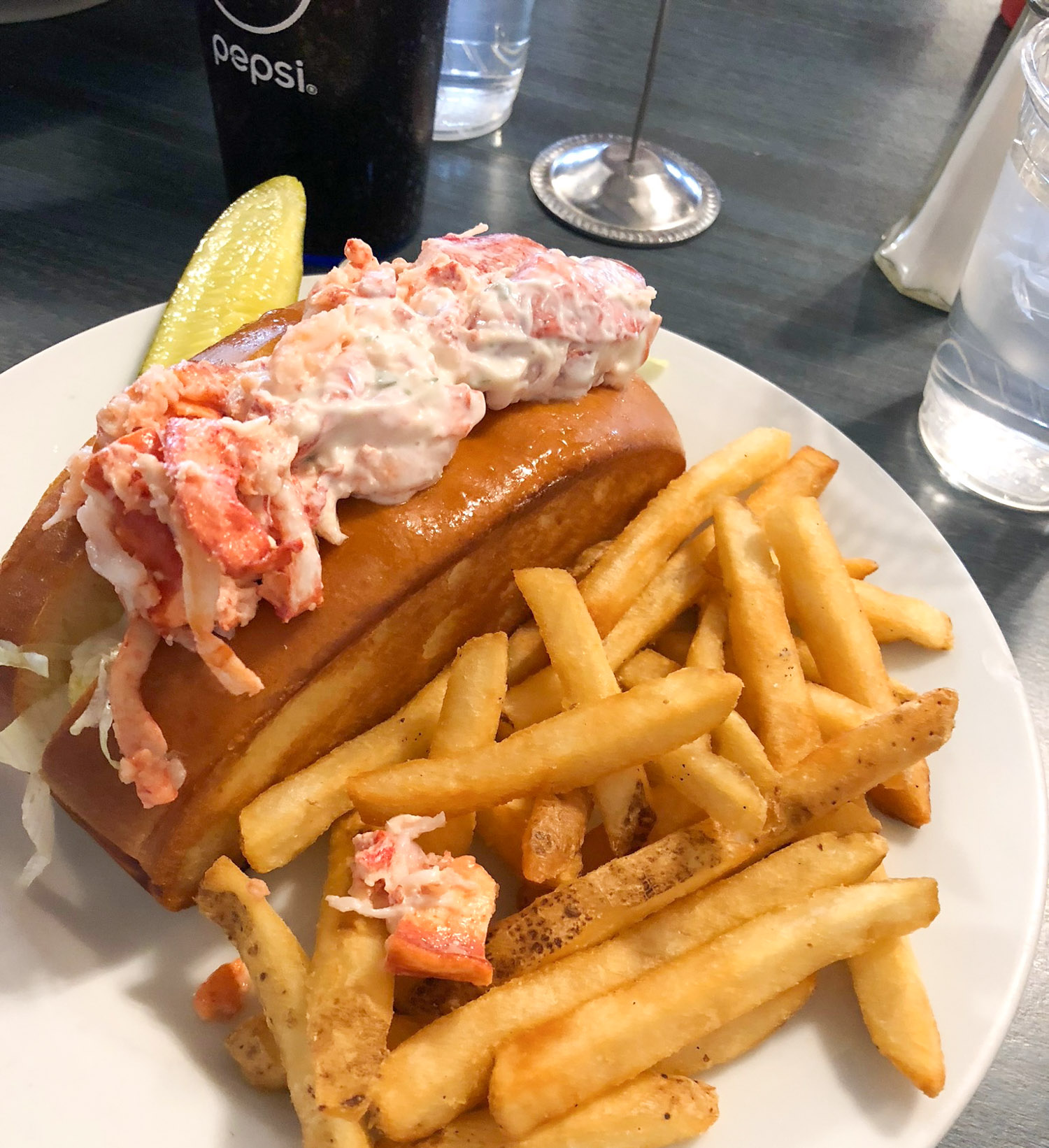 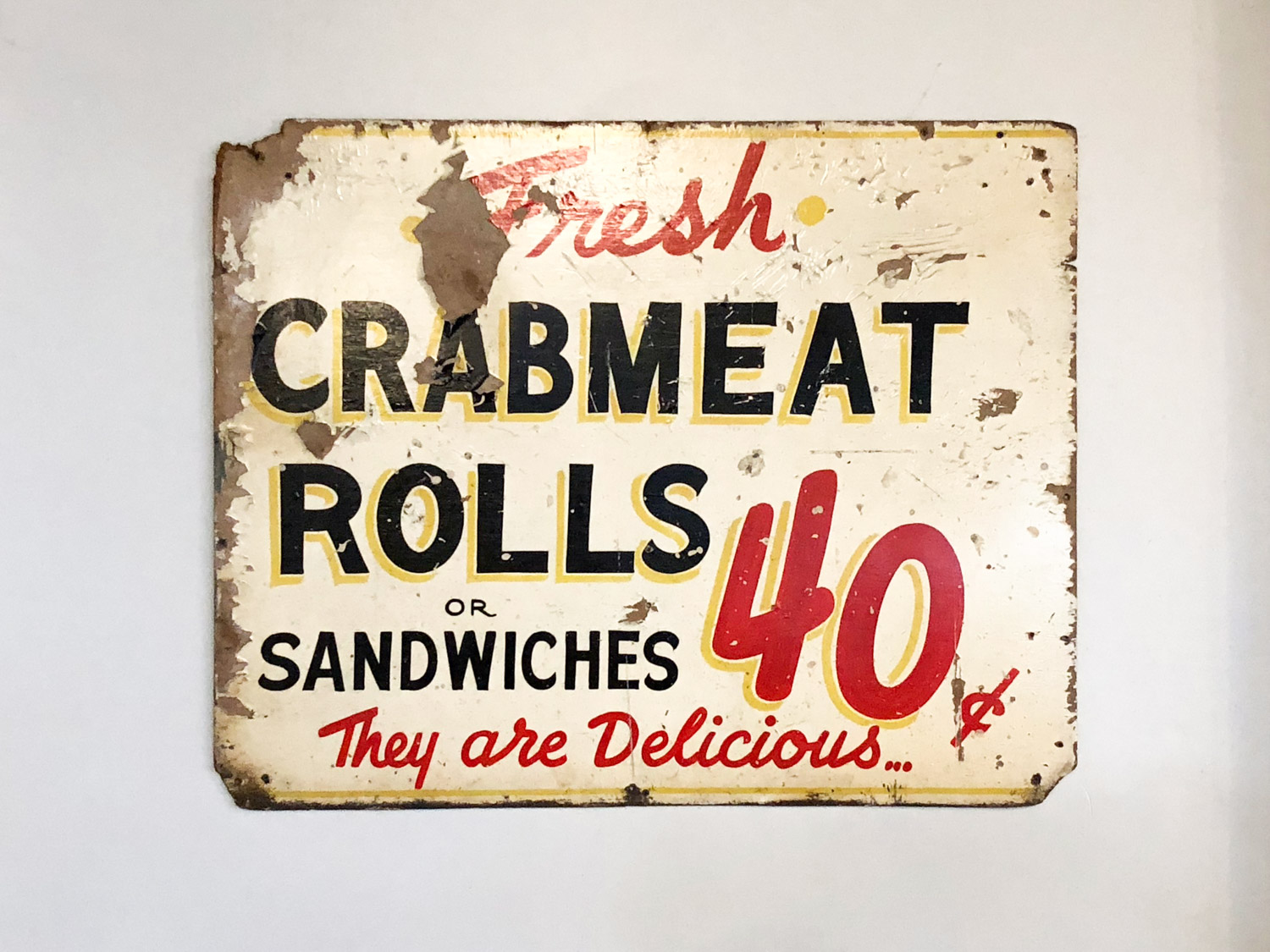 The wind had really picked up after lunch, so we hopped in the car and headed to Freeport. It’ll come as no surprise that I was giddy with excitement over being able to visit the L.L. Bean flagship store (well, basically compound) and see where all the magic happens. You guys–it’s amazing. If you’re at all a fan of the brand and have the opportunity to visit, make the trip. Did you know the store is open 24/7 and the doors don’t even have locks? How ridiculously [amazingly] insane is that, for a large retail storefront? J and I grabbed coffee with Laurie (yay for meeting email/social media friends in real life) and did some shopping before meeting up with our friends and heading back to Brunswick for dinner. 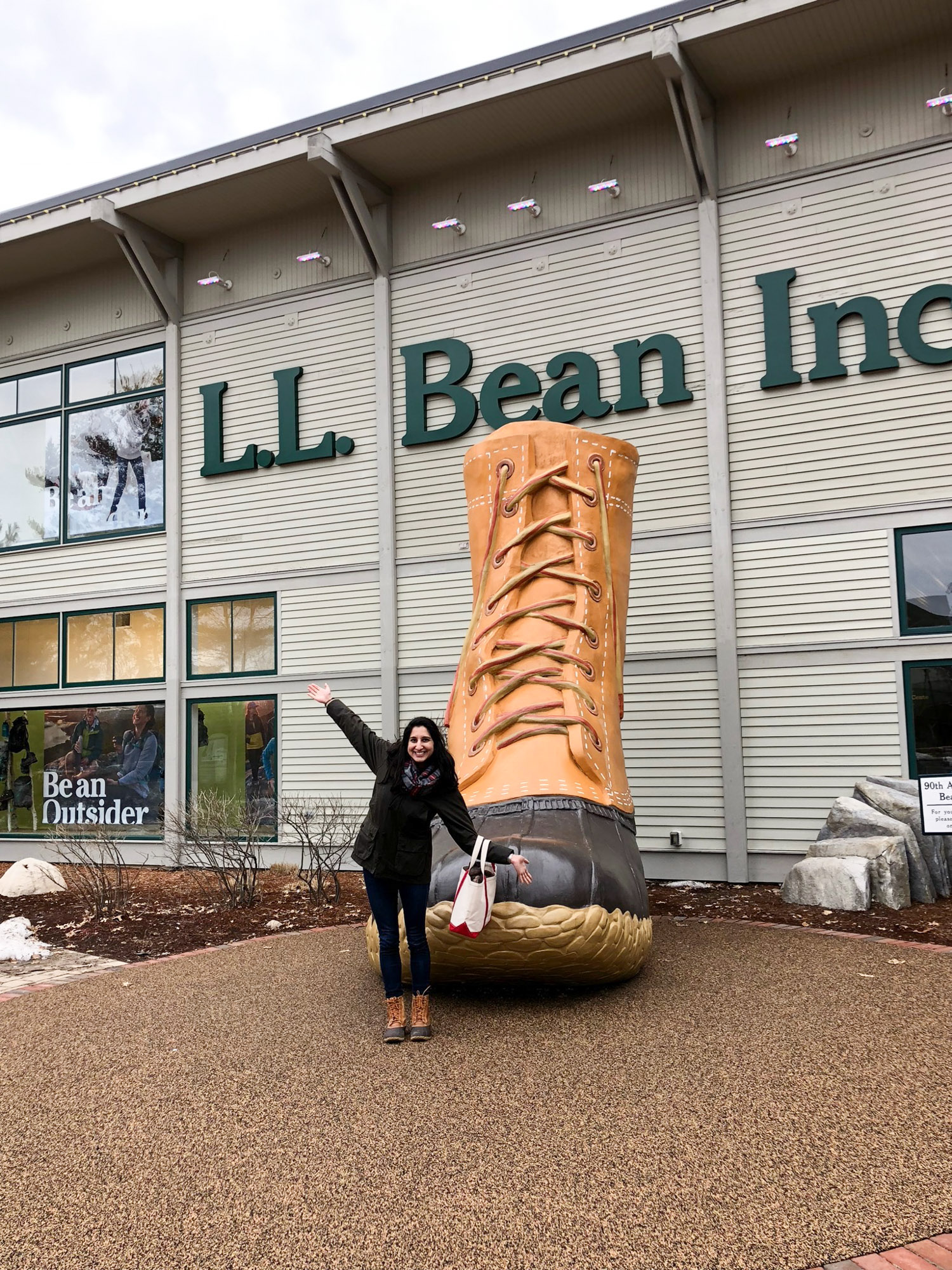 PS: The outlets in Freeport are not to be missed! Not only does L.L. Bean have an insanely good one (duh…also, did you know that returned items go there? So they aren’t even defects…it’s amazing!) and seasoned shoppers will tell you to hit up the outlet before heading across the street to the main store, but there are a bunch of other good ones–Vineyard Vines, Patagonia, and Brooks Brothers, to name a few. 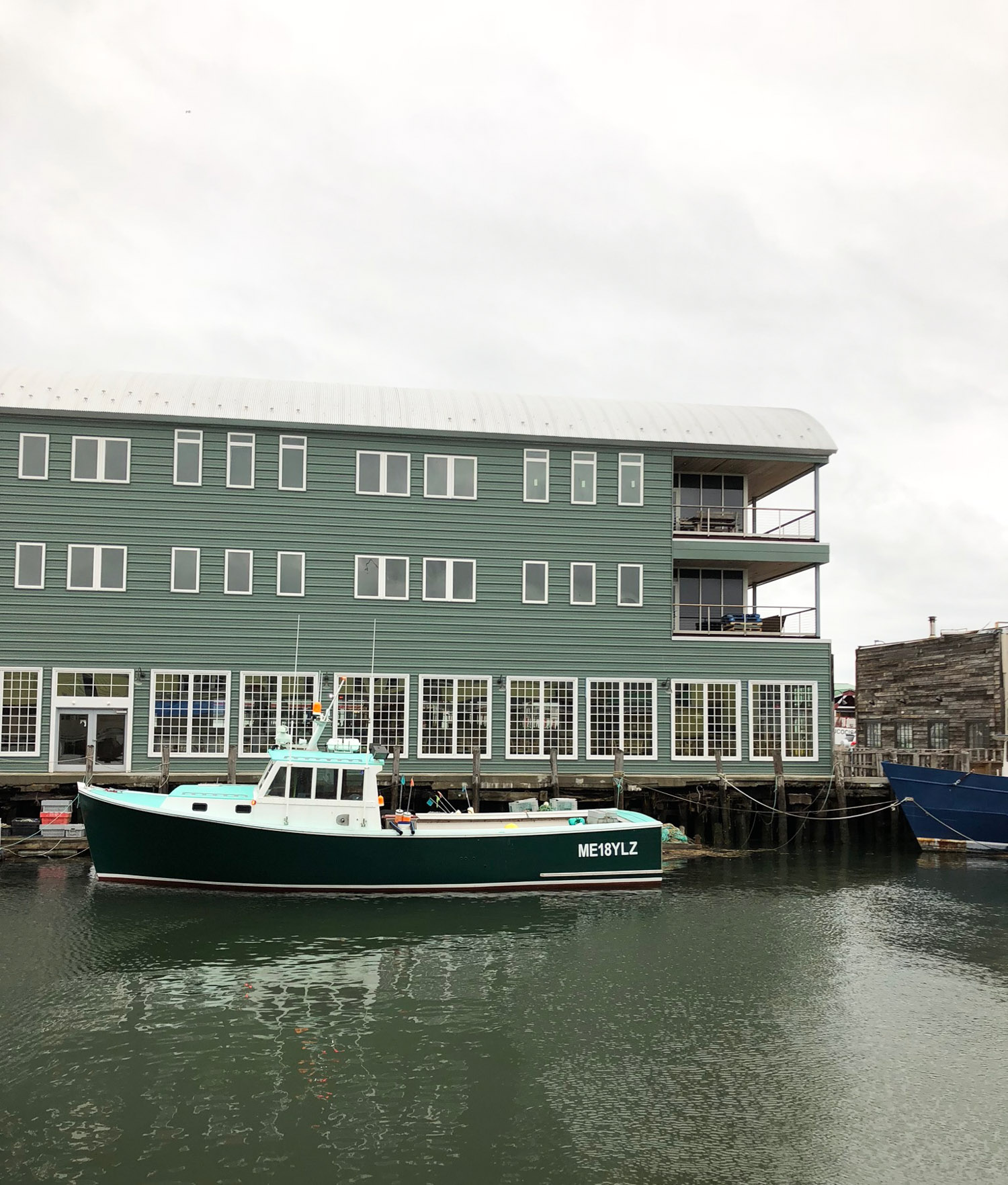 After a filling breakfast at home on Saturday, it was time to head to Kennebunkport, the one specific place in Maine I’d wanted to visit since I was a kid. J and I had lunch with Jackie and Paul (yay for round ii of meeting digital friends IRL) at Alisson’s (it’s like a local sports bar right downtown, and they have a great lobster roll + clam chowder…so gooood) before walking around the downtown area a bit and driving out to some scenic waterfront points. It was really nice being able to explore sans-crowds, but many restaurants and businesses were closed, and it was really windy–something to keep in mind if you’re planning a trip there in March. This really didn’t bother us and honestly, if you want a relaxing, quiet weekend, it’s worth taking advantage of off-season hotel rates and making the trip. 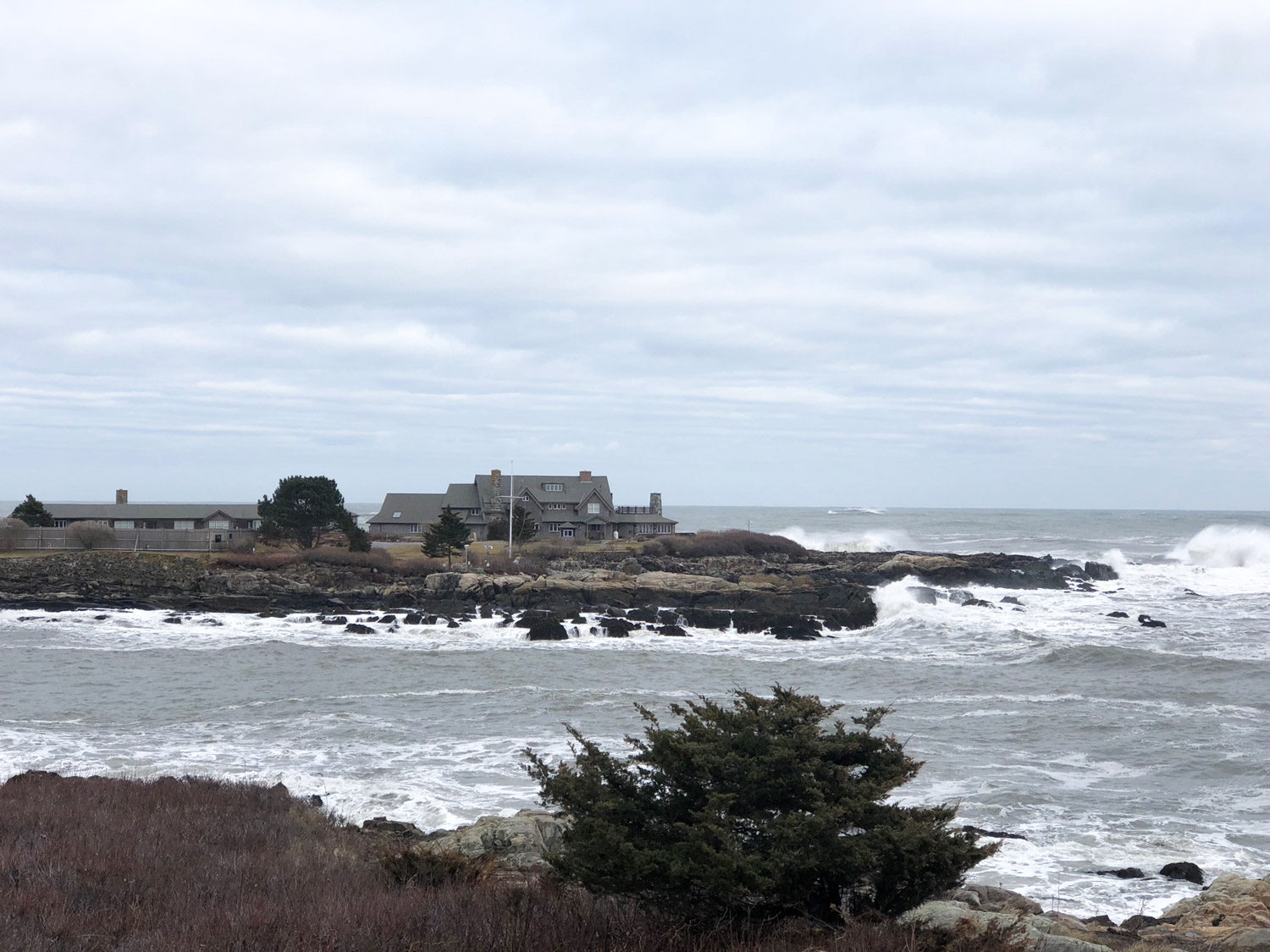 The Bush family compound–it’s insane how close you can get! 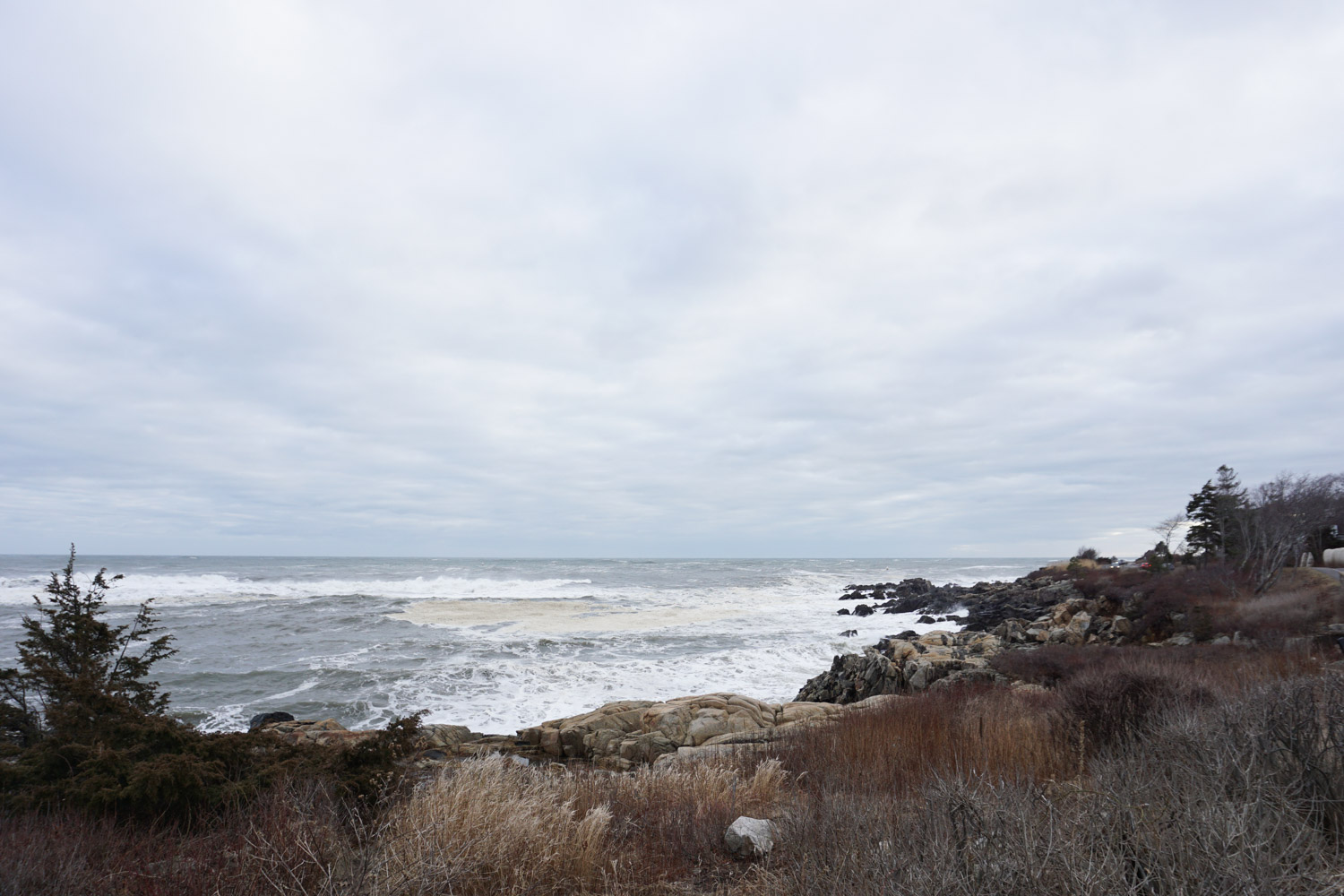 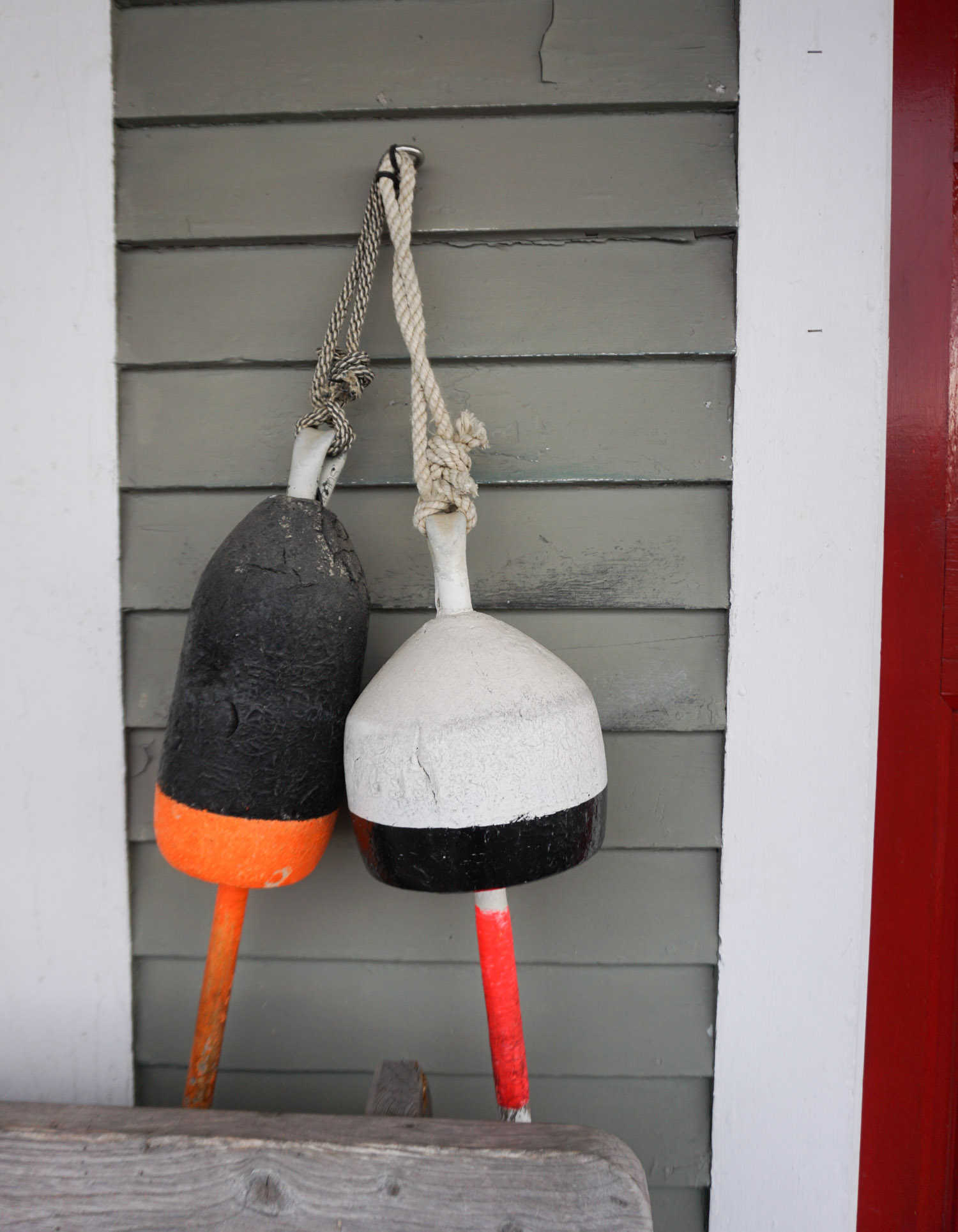 There are also a ton of vintage and antique spots right outside Kennebunkport. Unfortunately we only had a few minutes to peruse because we needed to get back to Boston in time for dinner, but I would love to spend a weekend there and just search for gems…the selection is reallly good. Jackie recommended Antiques USA and a spot across the street, and there are literally three on one street corner. If you’re into that kind of thing, certainly go in the off-season and take advantage of those hotel prices! 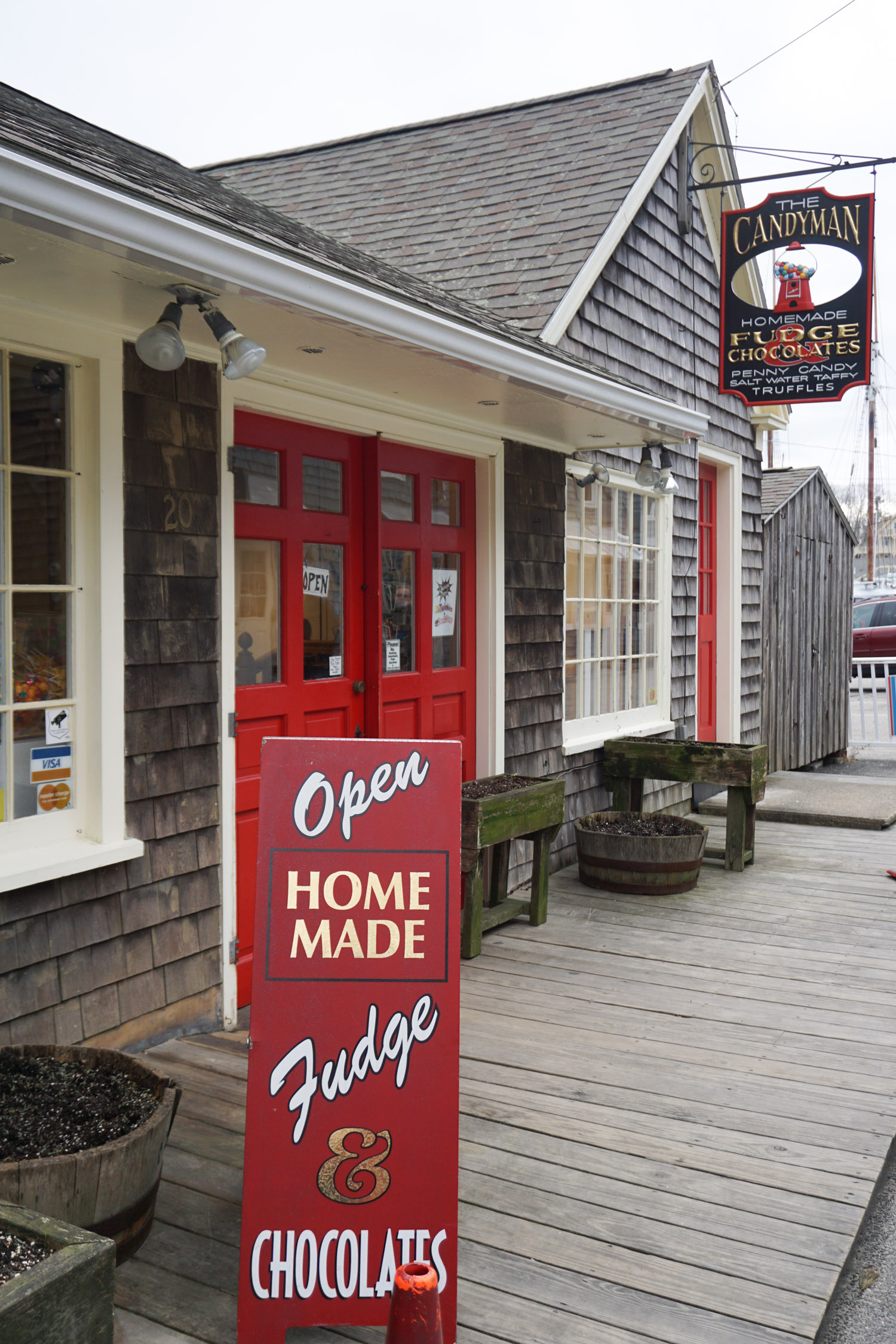 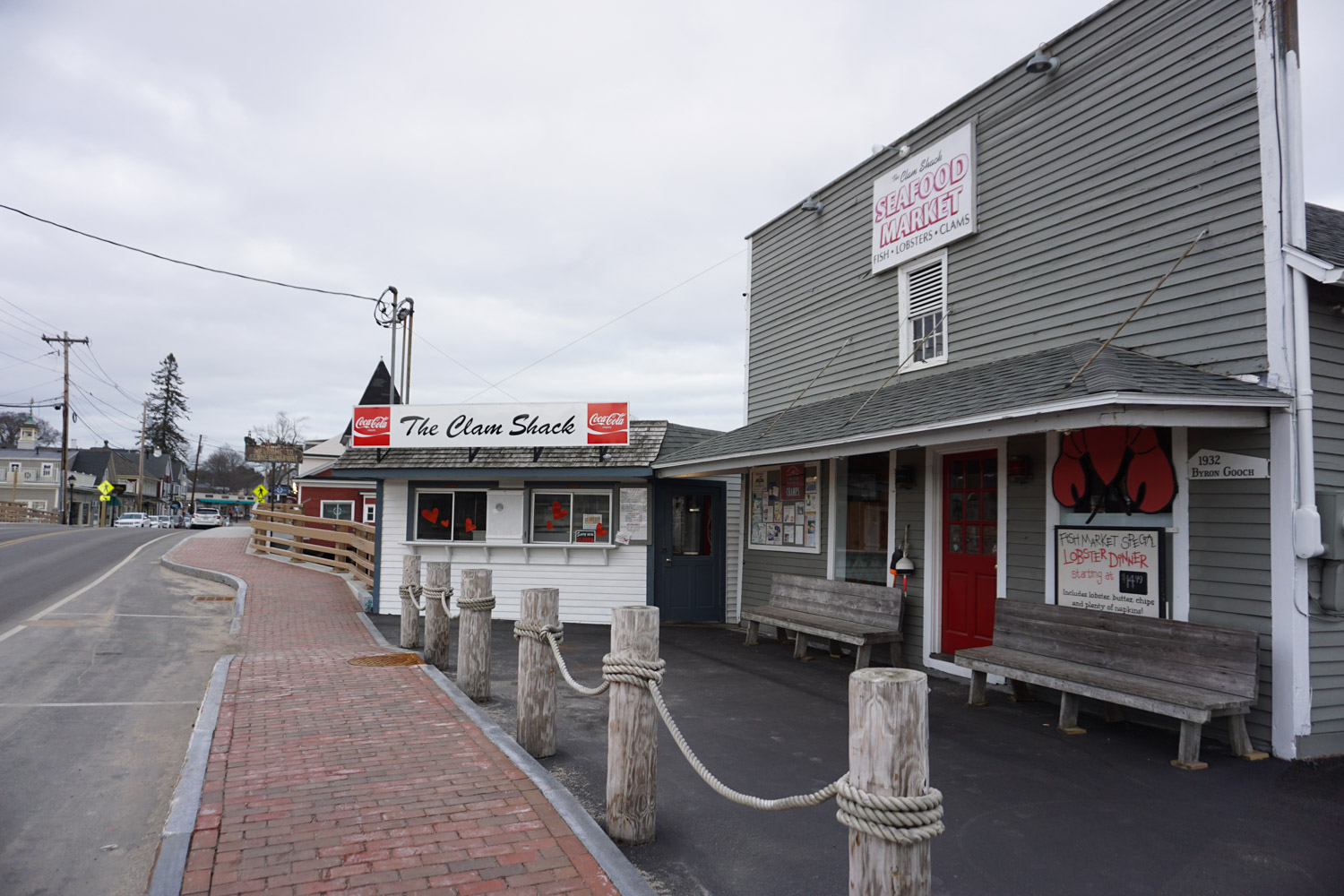 We got back to Boston in time to meet up with a friend for dinner at Rosebud (pricey but good–I’ve heard it’s best for brunch) and on Sunday, grabbed coffee with a couple friends at the newly opened Caffé Nero in Fenway (get the almond croissant), followed by brunch at Ward 8, which I loved. Ward 8 is a short walk away from the original Mike’s Pastry in the North End, which is a must-visit if you’re in town! Apparently you can bring cannoli through airport security, which saved us from OD-ing on sugar pre-flight delay :)

I can’t wait to get back to Maine–it completely lived up to my expectations, and I turned to J multiple times and said this had to be an annual trip (hopefully in the warmer months, next time around!). I said it on Instagram, but somehow I’m native Texan who grew up in a landlocked city, yet craves being by the water…how that happened, I really don’t know–but I’ll take it! 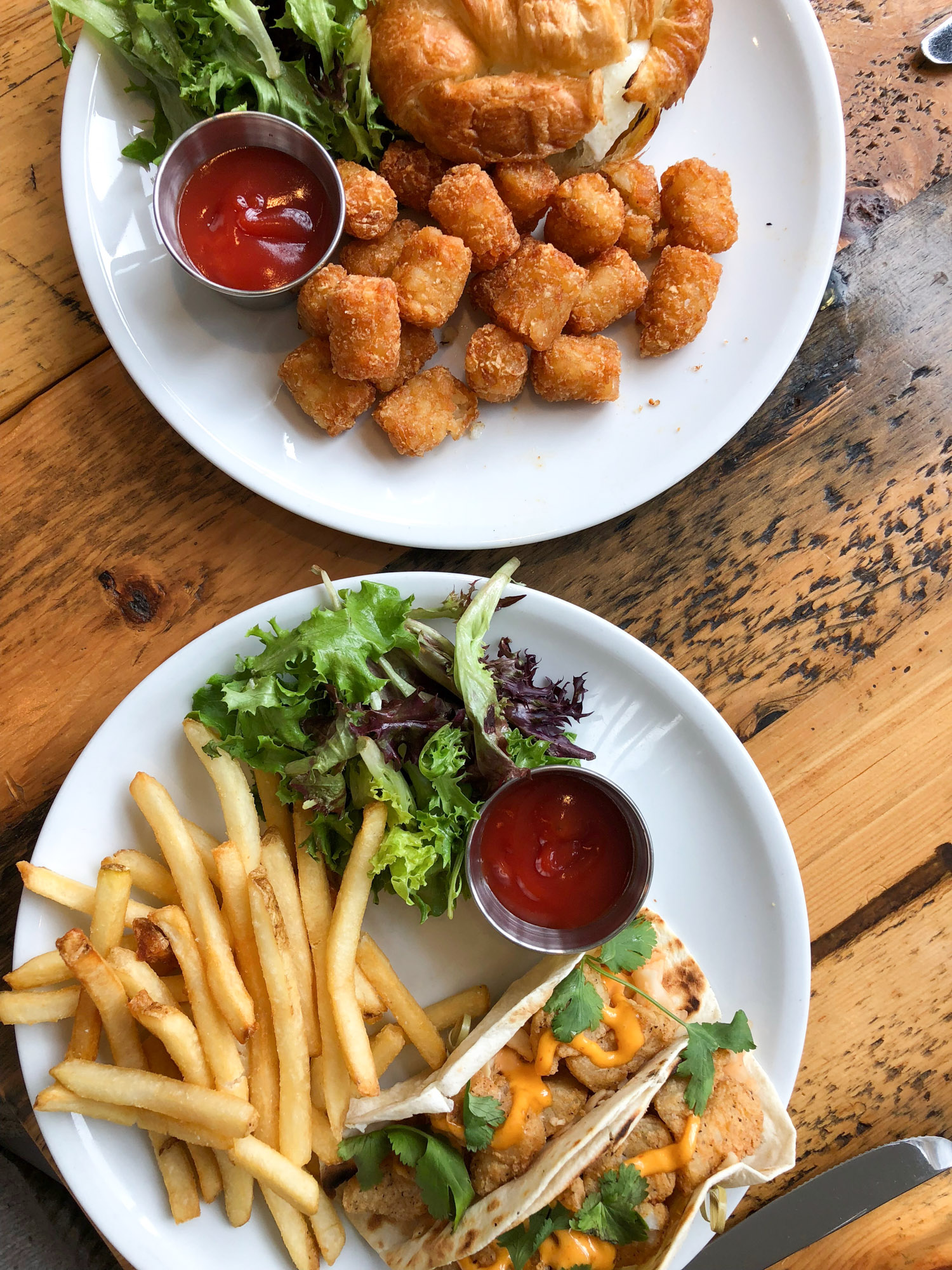 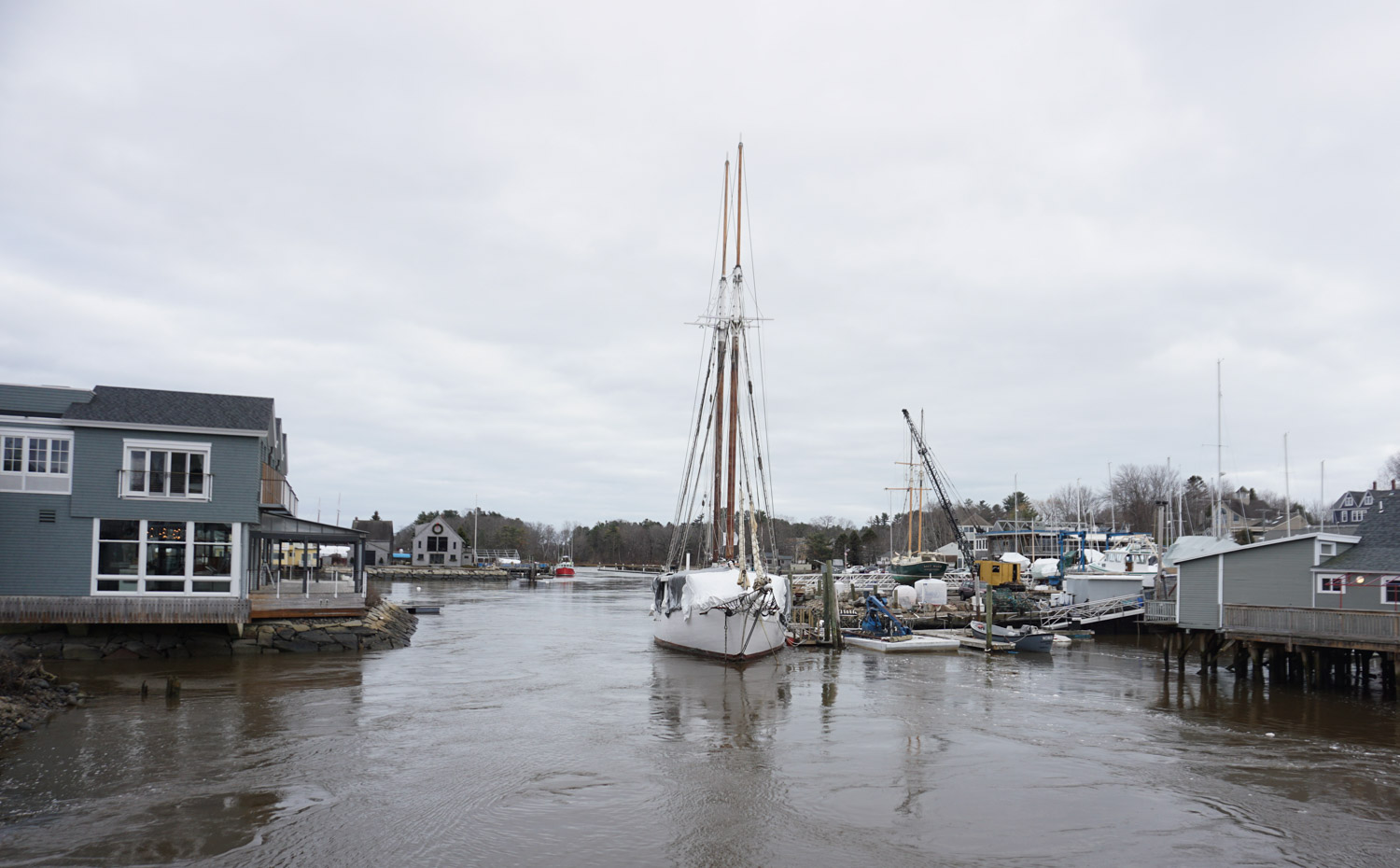 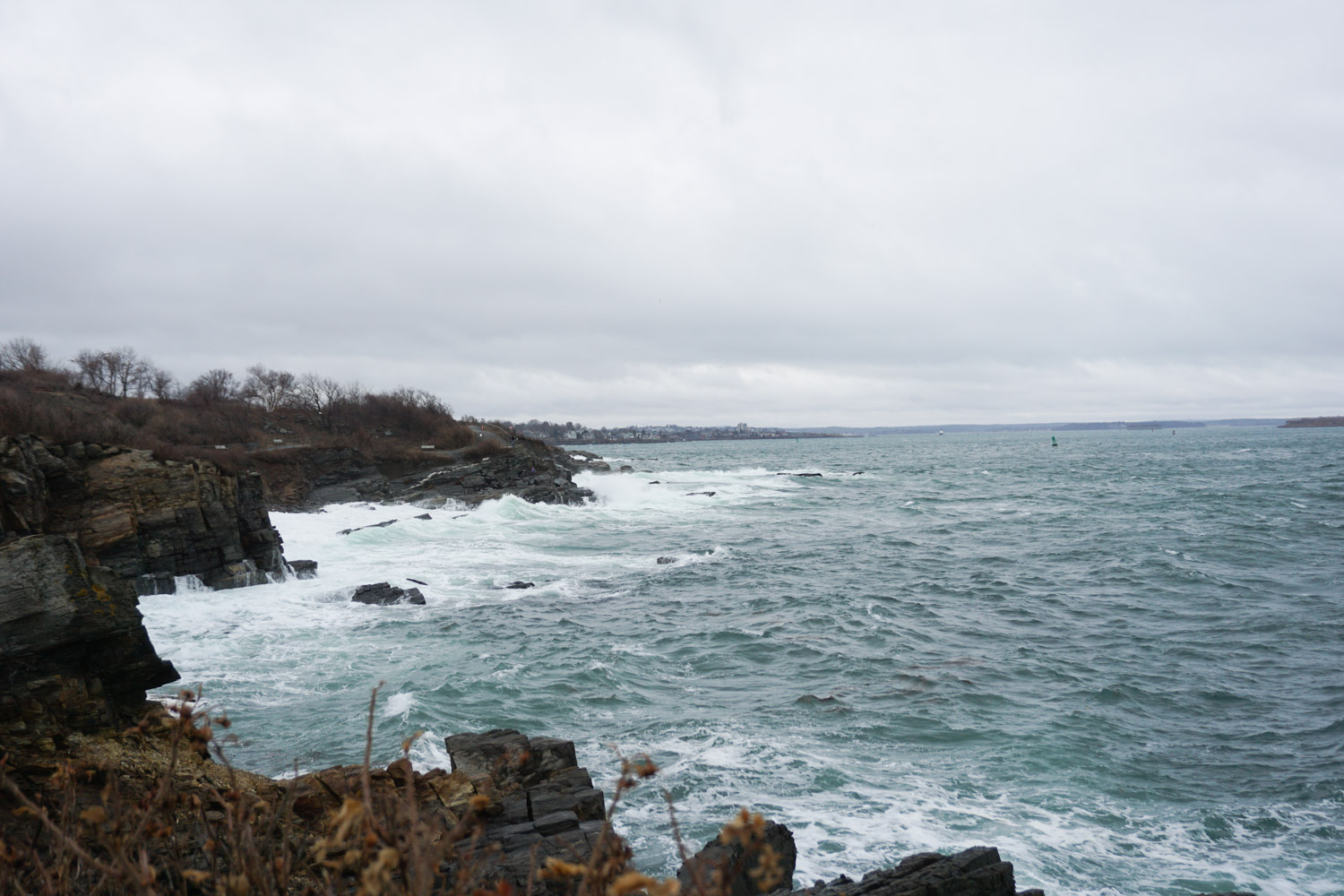