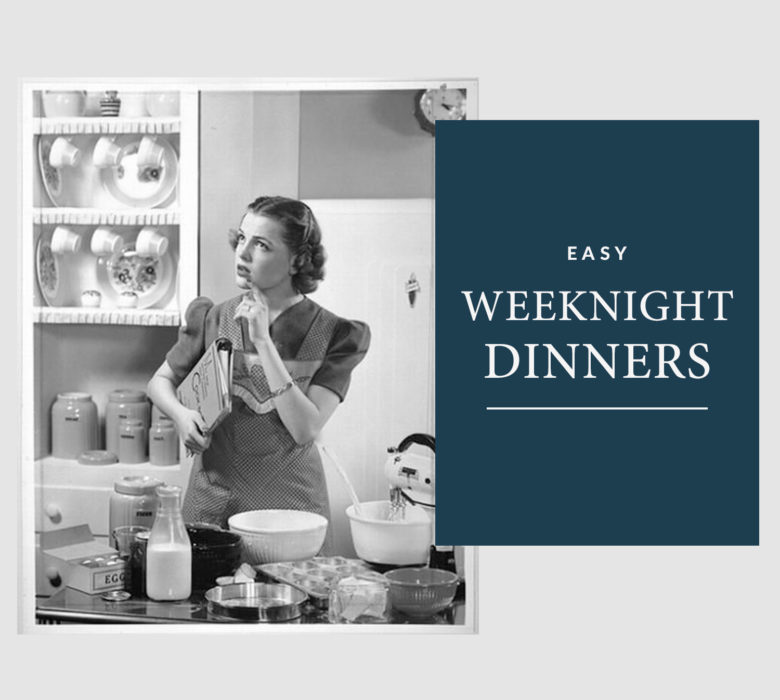 As J and I have both been making an increasing effort to improve our diets (both of us would happily eat McDonalds multiple times per week), the two areas we’ve been focusing on are weekday lunches and dinners. We’re not into diets and don’t want to fully give up certain foods, so achieving some kind of balance where we indulge when we dine out but try to eat better when we’re cooking for ourselves seemed like a good compromise.

I do feel like we sort of subconsciously both made improvements to our homemade dinner diets about a year or so ago. We’d been living together for about a month, he was no longer on a first name basis with the Chinese food delivery guy, and I’d finally become more willing to make more “involved” dishes on a regular basis since there would be two of us splitting the work. Those adjustments alone made trying to incorporate healthier options into our rotation much easier–being even just a little cognizant of what you’re picking up at the grocery store goes a looong way! While we both like to cook, neither of us desires to do something elaborate mid-week and we’re both still trying to hone our “fancier” cooking skills (utilizing our skillet is an example of how we could probably easily make a quick, snazzy dinner with little work) and in turn, tend to throw together random–but preemptively planned–concoctions for most meals. Here are a few of those dishes…they’re so easy and relatively quick if you’re willing to do the prep on Sundays!

(PS: If you’re interested, I have an “Easy Eats” highlight on my Instagram stories where I try to upload these easy “recipes” we we make them, since most of them wouldn’t warrant a full blog post!)

This one is an homage to my Texas roots–there is no bad time for a breakfast taco! We generally make them with Trader Joe’s Corn & Wheat tortillas, black beans, scrambled eggs, red onions, shredded cheese, and salsa. Heat a non-stick skillet on low, warm the tortillas (and ideally wrap them in a paper or cloth towel once they’re softened and plated to keep them soft). Try to scramble the eggs slowly on low heat (I usually do them in butter or ghee because they come out way fluffier), add start assembling your tacos in this order: eggs, beans, onions, cheese, and salsa. Pro tip: use a taco stand to take things to the next level!

We’ve actually been making these bowls for lunch more than dinner…there’s definitely more prep involved so I’d say this is the ideal thing to make on a Sunday and then just assemble throughout the week. If you do make it mid-week, maybe just roast one type of veggie to cut down on prep time!

The ingredients are super simple: roasted veggies, chicken sausage, pesto, goat cheese, and some kind of grain. For veggies, we’ve been using sweet potatoes, brussels sprouts, and broccoli. The last time we roasted sweet potatoes they came out more mushy than firm (bleh when it comes to sweet potatoes that aren’t being served whipped or in dessert form), so may be taking a break on that front till I figure out what went wrong. I also highly recommend including the grain because it helps with texture on the days you’re re-heating and not eating the veggies straight out of oven!

While the veggies are roasting and the grain is cooking (it’s generally farro), we’ll slice up TJ’s chicken sausage (the Spicy Italian and Sweet Apple are my favorite) and sauté them until browned. Once everything is cooked, assemble a bowl or tupperware with the grain base and veggies + sausage, and top with a healthy spoonful of pesto (we’ve been using the Kale, Cashew, and Basil one from TJs’ refrigerated section lately)

(At this point, it’s safe to say that I would be SOL if I didn’t live near a Trader Joe’s.)

I’ve repeatedly raved about these scallion pancakes and they continue to be one of the few items we consistently have in our freezer. I’m convinced they’re smaller than they were a couple of years ago but they still taste just as good…eat them cut into pieces with Thai Sweet Chili Sauce, cauliflower rice, roasted broccoli and/or brussels sprouts, or any other kind of grain and veggie combination…I think we’ve tried them all! You can try different Asian-inspired sauces because they really go with everything. My all-time favorite combination was a scallion pancake, leftover Chinese eggplant (the kind with the sauce), rice, and cashews. Trust me, these pancakes are the best!

Frozen tilapia and a side or fish tacos

I wrote about TJ’s frozen tilapia in this post and while we don’t eat them nearly weekly like I initially predicted we would, they’re no stranger to our grocery cart. They’re so good with a squeeze of lemon, a side of veggies (roasted broccoli and brussels are our go-to, if you can’t tell), and tartar sauce. The portion is generous and they come individually wrapped, which makes cleanup a breeze.

What about you? Do you also have any easy weeknight dinners or go-to “recipes” of your own? Share them below!