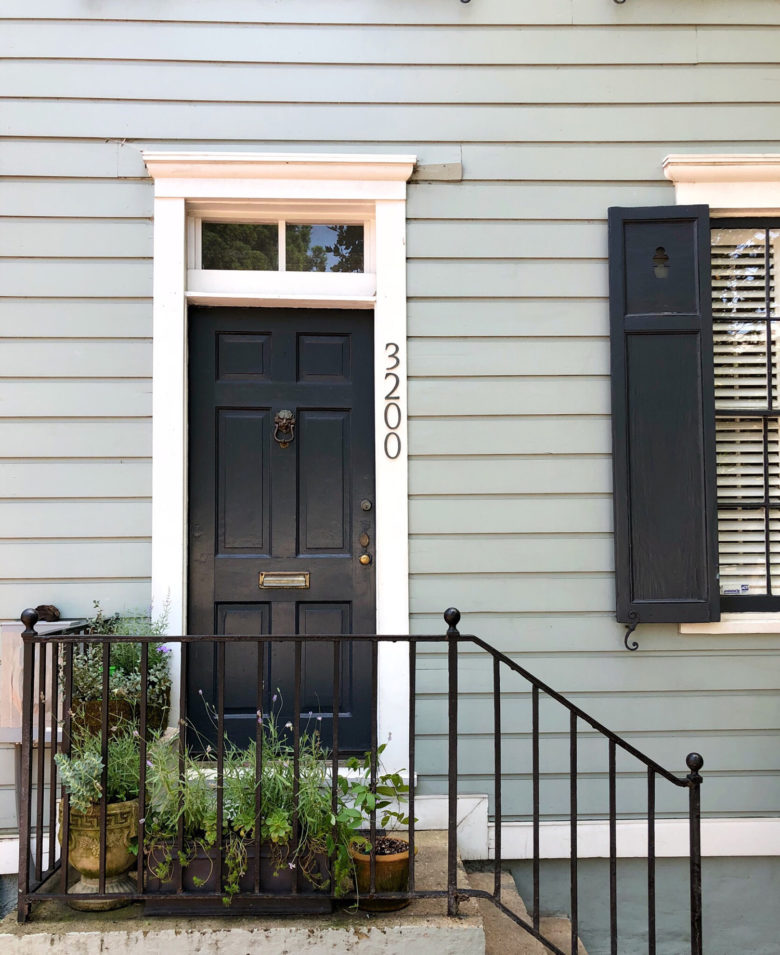 This week has me completely disoriented–Tuesday felt like Friday, Wednesday felt like Saturday, and the Thursday morning alarm felt like Monday. I woke up today convinced it was Saturday morning so…happy weekend? We had a nice Fourth and got drinks + burgers with our neighbors turned friends and spent the rest of the day on the couch watching the fireworks on TV and opening our slider so we could hear them at the same time! Luckily Millie wasn’t phased at all and was just mainly a little confused.

Speaking of little Millie, she contracted some kind of stomach thing late last week, which was so sad. We think she picked something up outside and it really upset her system…we ended up taking her to the vet the second day and they gave her some meds + special food to calm things down. My bff from home was also visiting (we had so much fun and this is one of those times I’m extra sad not to live close to some of my oldest friends + fam) but we all tag teamed the situation and Mildred’s doing totally fine now. It’s so sad to see a little pup feel so terrible, especially for the first time when she has no idea what’s going on! Glad we’re back to normal now :)

I’m excited for a very low key weekend with some errands and pool time, since it finally isn’t supposed to be unbearably hot. The plan is also to just be generally productive because I’m traveling for the two weekends that follow, so fingers crossed for some efficiency with the to-do list! Also, we started Queer Eye a couple weeks ago and completely get the hype. It’s so good! If you’re looking for a feel-good show, make it this one. It’s on Netflix!

– If you’re a creative in the DC area, Ashlee is hosting a contracts workshop in a couple of weeks. To say she knows her stuff is an understatement, and she’s great at putting complicated jargon into layman’s terms and making sure you understand things in a way you can interpret it on your own later. She’s a resource every creative should have in his or her back pocket!

– Two things I’ve been drinking lately: Narraganset’s Del’s Shandy and Stiegl Grapefruit Radler. I had a hankering for the Del’s a few weeks ago and tracked it down (it’s sold at a handful of stores in DC and basically just tastes like summer) and then on the 4th, saw someone carrying a pack of Radler and my craving for that was reignited. If you haven’t had either, I can’t recommend them more–they’re the best for hot days, BBQs, and a night in!

– Have you ever taken a solo trip? Katie just went to Charleston and shared her thoughts on the experience.

– A couple of months ago, I posted an Insta story asking for couch recommendations–something slipcovered, high-quality, and under $1000. In case you didn’t know: sofas are expensive. You get what you pay for and we learned that the hard way after experiencing our $280 sofa that we bought just last April. We ended up majorly upgrading to the Crate & Barrel Harborside and while it was out of our initial budget, we realized we’d need to spend at least $1500 to get the quality and comfort we were looking for (100% cotton slipover that fit within our spatial constraints and highly reviewed for comfort because I have a bad back and am always on the couch. Oh, and I wanted it to be white and a more classic vs. modern style.) It was just delivered on Tuesday but we LOVE it so far. They unfortunately only get marked down once a year or so (allegedly in September) but we got free delivery over Memorial Day so saved $100 that way.

– Last Friday’s post was supposed to be my summer staples (derailed by little Millie’s sickness) and I’ll have it up next week, but have to share Meg’s post on how to build and maintain a classic, minimal wardrobe. I pride myself on not keeping any overly full closet but she and I have similar stances on investing in quality over quantity even if it does mean a higher price tag and she articulates this philosophy so well!

– Bots and fake followers on Instagram are literally the worst, and one brand is finally doing something about it (in the best way they can). I shared my thoughts with AdWeek!

– I’m trying to gradually update some of my pajamas and just picked up this striped set from J.Crew. It’s selling out quickly but I presume will go in and out of stock for a bit (I ordered two sizes–small and medium–and still need to return the medium) and the price is pretty reasonable right now.

– The Nordstrom Anniversary Sale starts next week if you have a store card! I’m going to be doing a couple posts about the sale but it’s something nearly every blogger seems to cover, so I’m not going to overdo it. If you’re interested in shopping the sale through Early Access (which I highly recommend, as they say things don’t sell out but they definitely do), you’ll need a Nordstrom credit or debit card. I have the credit card and truthfully only ever use it to gain access to the sale, other than my triple points day once a year. I’d rather get the travel points with my other cards but being able to shop the sale early makes it worth having this one in my wallet (or in this case, drawer, since I don’t even carry it around!)

A rosé gin spritzer I want to drink all summer long.