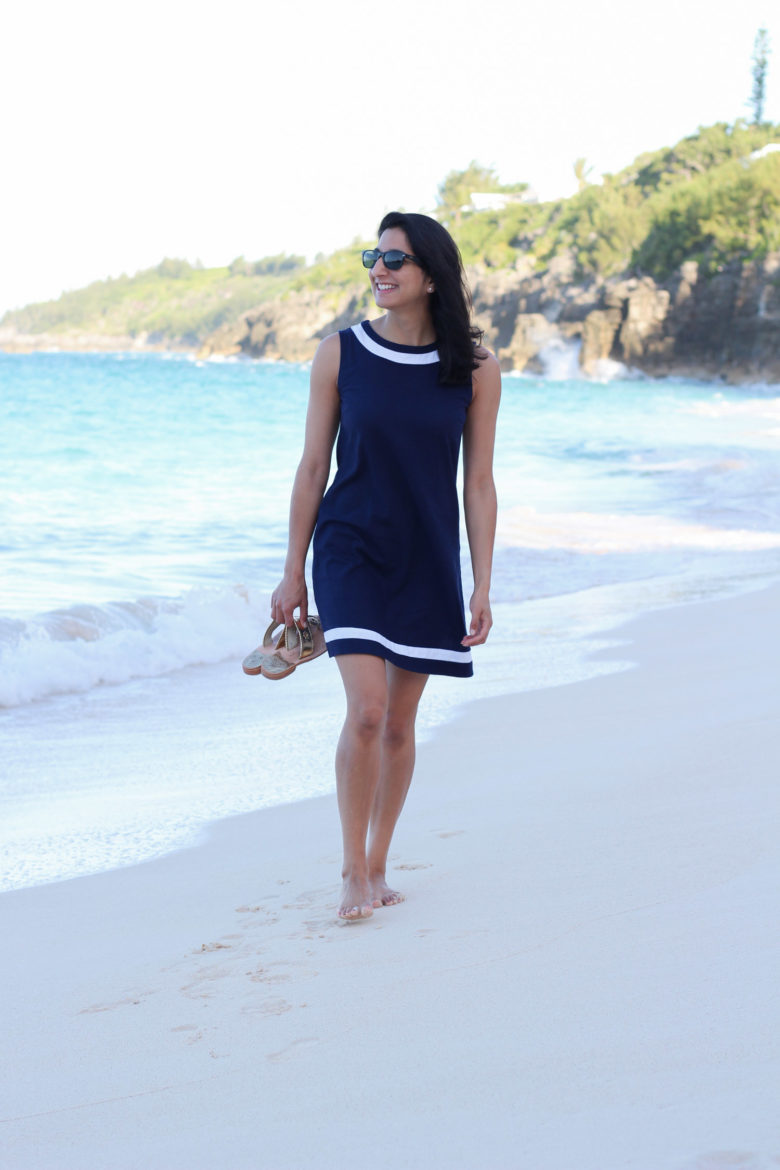 Somehow we’re on the backside of summer (I’m not complaining; it’s actually my least favorite season because I hate the heat, but still do enjoy many of the upsides of this time of year!) and aside from my little’s wedding in about a month, we’re staying put for a couple months and I’m really happy about it. J and I have both been trying to cook healthier meals at home but also have fun experimenting–we’re grilling more and choosing dishes out of recipe books we already own–and while I’ve always enjoyed cooking, it’s easy to get into a repetitive rut and it’s nice looking forward to discovering new recipes on a regular basis. This week, we’re doing two things from Jessica’s newest cookbook: an adaptation of a summer pizza with corn and kale (we didn’t make our crust from scratch!), and a “green goddess” chicken salad for weekday lunches. August in DC is definitely on the sleepier side and seemingly everyone is on vacation–which makes me want to get out of town, since we were on the Cape this time last year!–but here’s hoping to a slower few weeks as we get into the best.time.of.year!

Here’s a little bit about what’s been going on around here (plus, details on this dress that you need to get you through the rest of the season):

We started watching HBO’s Succession last week and are about four episodes in–have you seen it? It was J’s idea and I jumped on board since we hadn’t watched a series together in awhile. A lot of the online reviews and articles articulate my thoughts well…you end up hating all the characters but get invested and have to keep watching, because the show is actually good. I’m not sure that totally make sense but those of you who have watched it or read about it may feel similarly. If you’re on the fence, give it a shot–it really picks up after the third episode!

While I don’t mean quite literally everything, I’ve unsubscribed lots of emails lately. Meg’s post is what sort of inspired me, not only from the standpoint where you’re tempted to shop (I actually could count the number of retailer emails I’m opted into on one, sometimes two hands), but I mostly concurred that it’s often a disappointment when I see an email come through and it’s about a sale rather than a person or related to something I actually care about. This feels like an odd thing to do because my 9-5 job is actually in email marketing and my freelance work includes designing emails for Sweet & Spark, but I also hate cluttering my inbox and don’t want to tempt myself into impulse buying just because of a “good” midweek sale. Also, I’ve considered Unroll Me but felt weird having an app “read” everything in my inbox! It’s probably irrational, but that’s why I haven’t signed up for it so far.

After years of putting it off, J and I are finally reading The 5 Love Languages! I’m not done with it yet but can see the benefit from both a romantic relationship standpoint, as well as when it comes to other relationships–like close friendships, and family–in your life. It always feels like, ironically, the people you love most have differing “love languages” than yourself and it’s really nice knowing that that’s not only normal, but that it’s pretty easy to determine your top love languages and understand how to communicate (and act) in a way that makes the other person feel loved, appreciated, and supported. 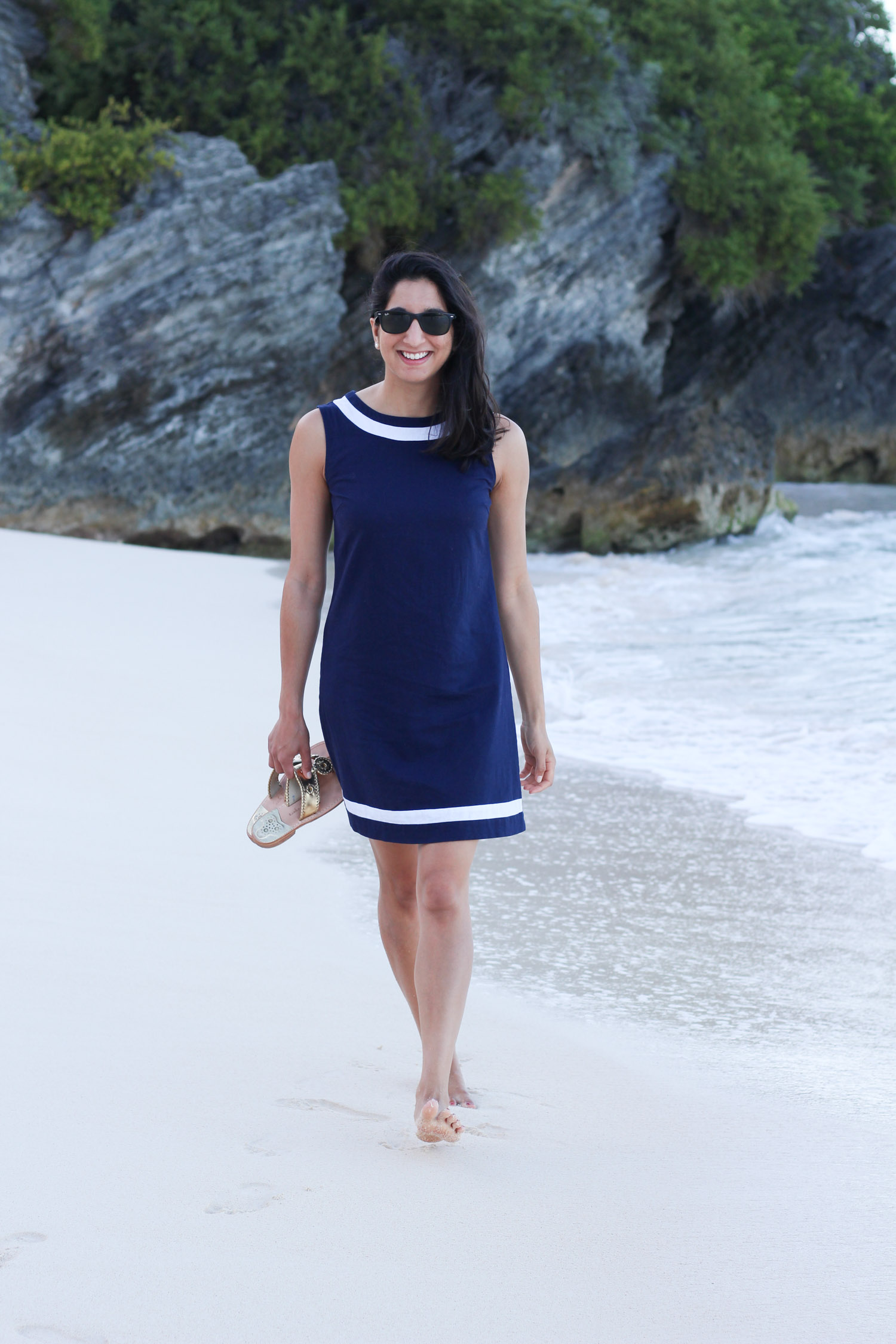 I’ve talked about this tinted lip balm before but given that it’s pretty much the only colored thing I’ve put on my lips this summer (long than that, actually), it deserves it’s own shoutout. $24 is a lot for a lip product but you definitely get what you pay for–it’s hydrating and the color lasts! I like that it’s a subtle tint (I have the “rose” shade) and definitely plan to pick up another color this fall. If you’re looking for something more budget-friendly, I also love this tinted balm from Neutrogena.

J and I went to Maydan for the first time on Saturday night and were blown away–it definitely earned a spot in my top DC restaurant rankings! It’s a blend of Mediterranean, North African, and Persian cuisine (think lots of dips + spreads, meats, and veggies) and there’s literally a massive fire pit in the center of the first floor, where you can watch them cook nearly half the menu in front of you. We sat at the bar, which I’d highly recommend; it’s pretty tough to get a reservation, but they open at 5pm and when we got there at 4:45, there were about six people ahead of us. There were about 30 total people by the time the doors opened so get there a few minutes early and know whether you want to eat immediately (at the bar or at one of the six tables they reserve for walk-ins), if you’d rather put your name down for the next “shift” of walk-in tables later in the evening.

A couple weeks ago, I shared a link to the steel cut oat recipe we’ve been making every Sunday. We’ll make a double batch and eat it for breakfast throughout the week and while it’s definitely time consuming upfront, it’s my favorite healthy breakfast! I always enjoy getting steel cut oats in breakfast buffets and after having some excellent ones at the post-wedding brunch we went to in June, figured there was no reason we couldn’t make it ourselves. These reheat really well, and I usually add a generous splash of almond milk and a little agave to the tupperware before heading to work, heat it up in two 30 second increments (giving it a good stir in between each), and top it with dried fruit (like raisins, blueberries, or cut up plums) and/or fresh apples or peaches. 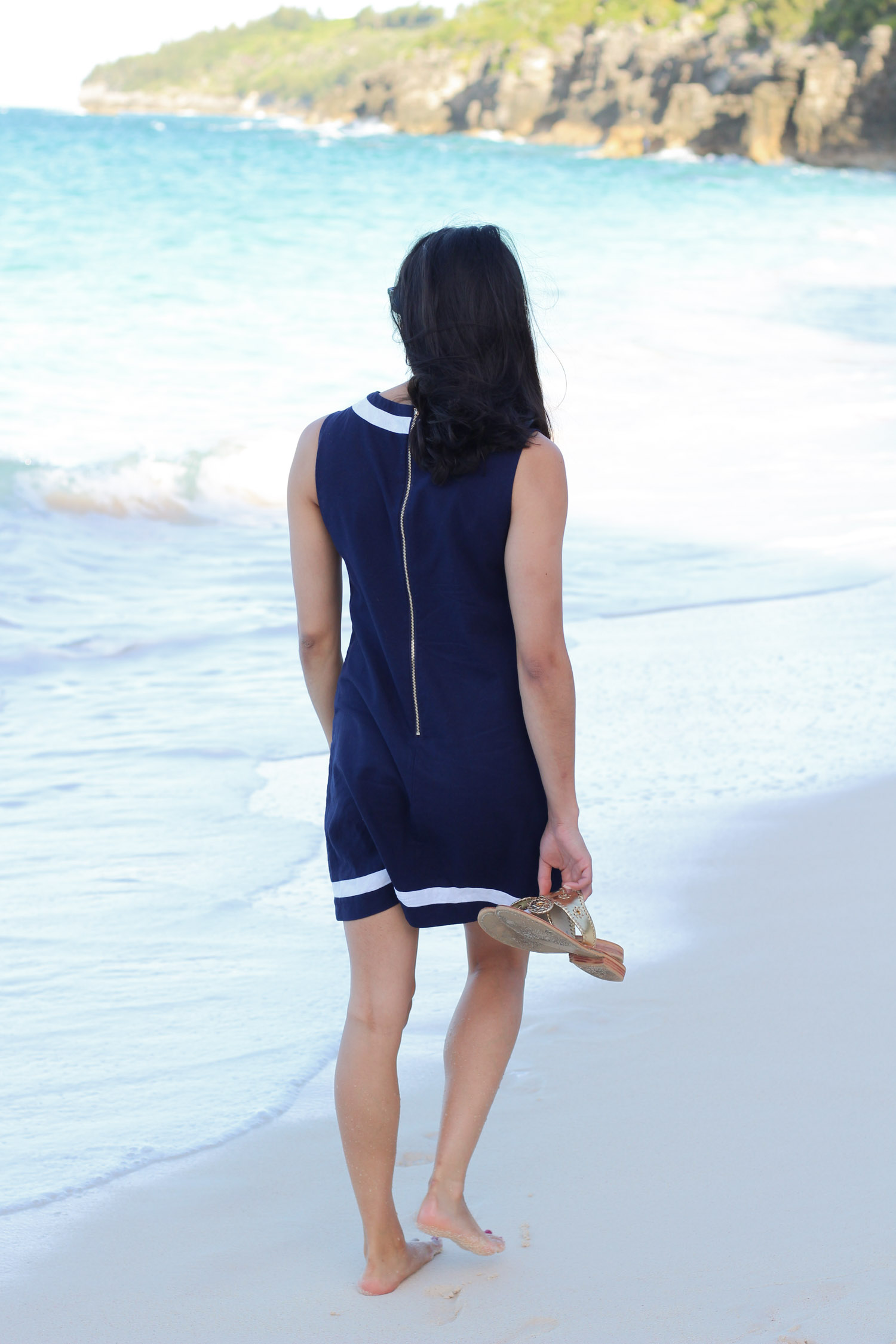 I’ve shared a handful of Duffield Lane pieces before (most recently highlighting another closet staple) but this linen dress is by far my favorite thing I have from them–and it’s still available! I really love wearing linen in the summer months (and look for natural fibers over synthetics whenever possible) but a lot of linen summery dresses are cut really short and therefore aren’t always the most work-appropriate. This one is a little longer and on the more conservative side with the length and high neck. The cherry on top is that like everything from Duffield Lane, it’s machine washable–something that I’ve now come to appreciate since dry cleaning a dress down the street is $12 at a minimum and summer means sweating through everything on the first or second wear. I’m wearing a size small and am usually a 4, so found that it fits true to size!

We shot these photos before breakfast one morning in Bermuda and they don’t do the scene justice…the light was so beautiful! The Reefs beach is seriously beautiful and it was really nice having it to ourselves (aside from another fellow photographer/walker) so early in the day ? 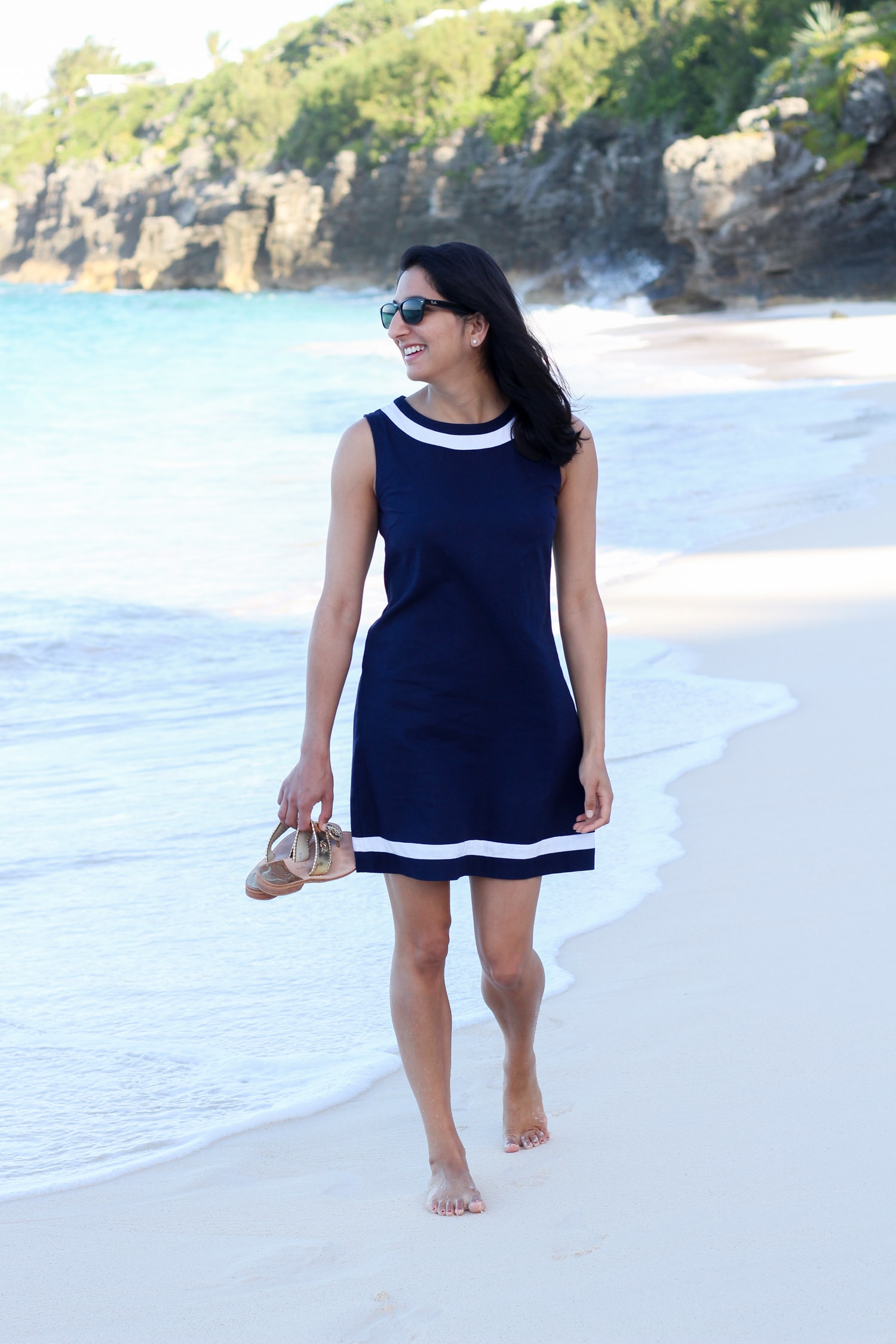 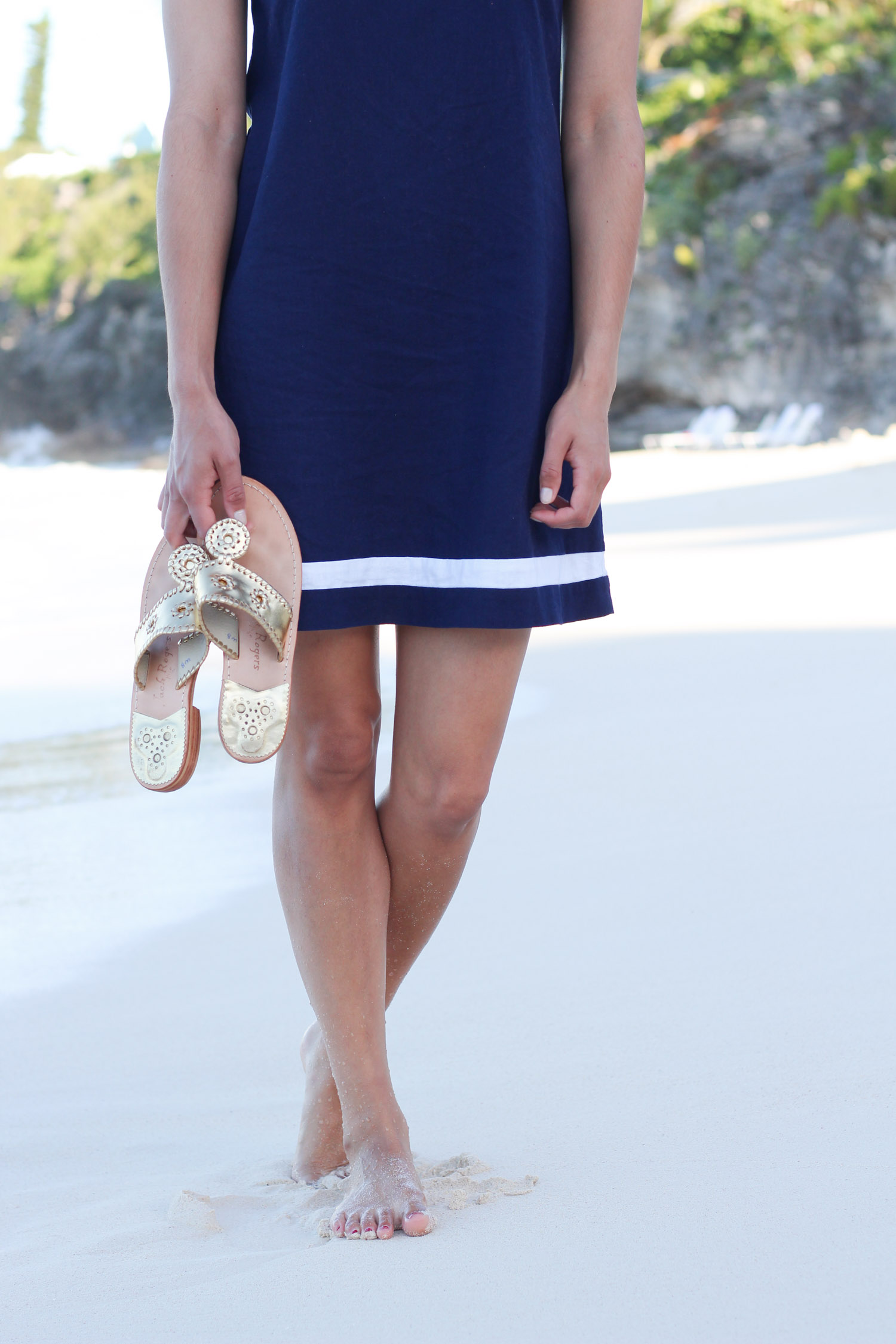