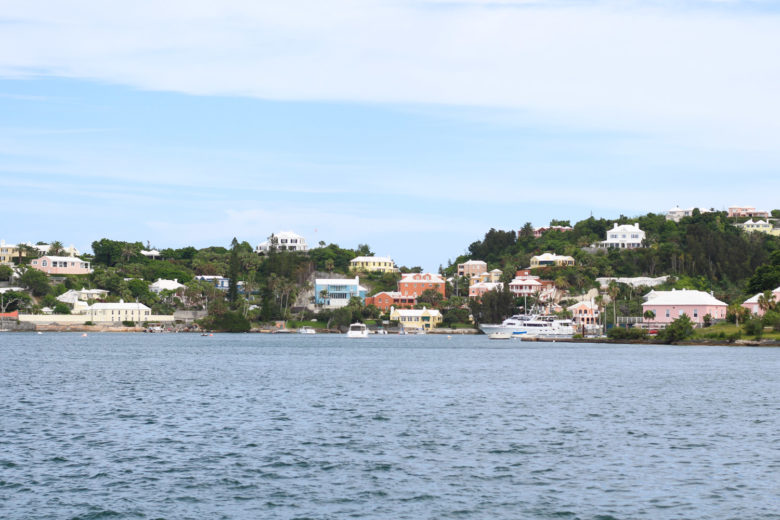 As you probably know by now, J and I spent two days in Bermuda last month and I’m excited to share everything about our trip in one post. This is truly one of the most fun trips we’ve taken and I’d really recommend visiting the island if you ever have the chance!

How to get there

We went to Bermuda Friday-Sunday and used miles on American–only 12.5k each!–to fly direct from DCA to BDA. For the return, we paid out of pocket ($269, so not inexpensive) to fly back because mileage tickets weren’t available on Sunday. There are seasonal direct flights from several US cities down the eastern seaboard; it was just under two hours to get to the island (it’s off the coast of the Carolinas), which is shorter than most people realize and makes for a great long weekend trip. I’ve also seen great flight deals pop up–Diana found a steal from NYC–so that’s a plus considering things are on the pricier side once you arrive.

Note that the forecast often calls for thunderstorms but they’re truly island storms that come and go quickly. It only rained twice while we were there but the apps kept telling us it was going to pour for most of the weekend! 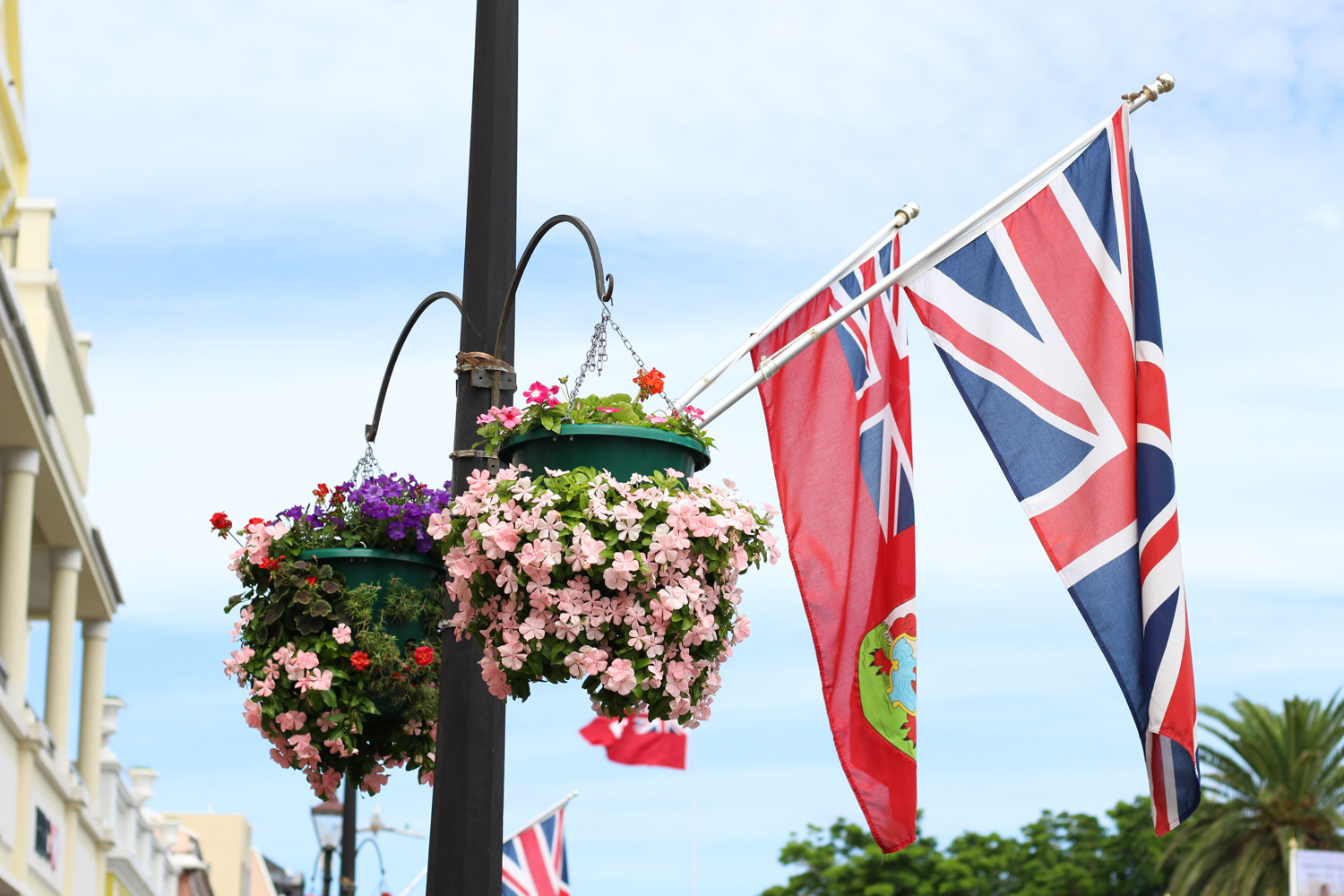 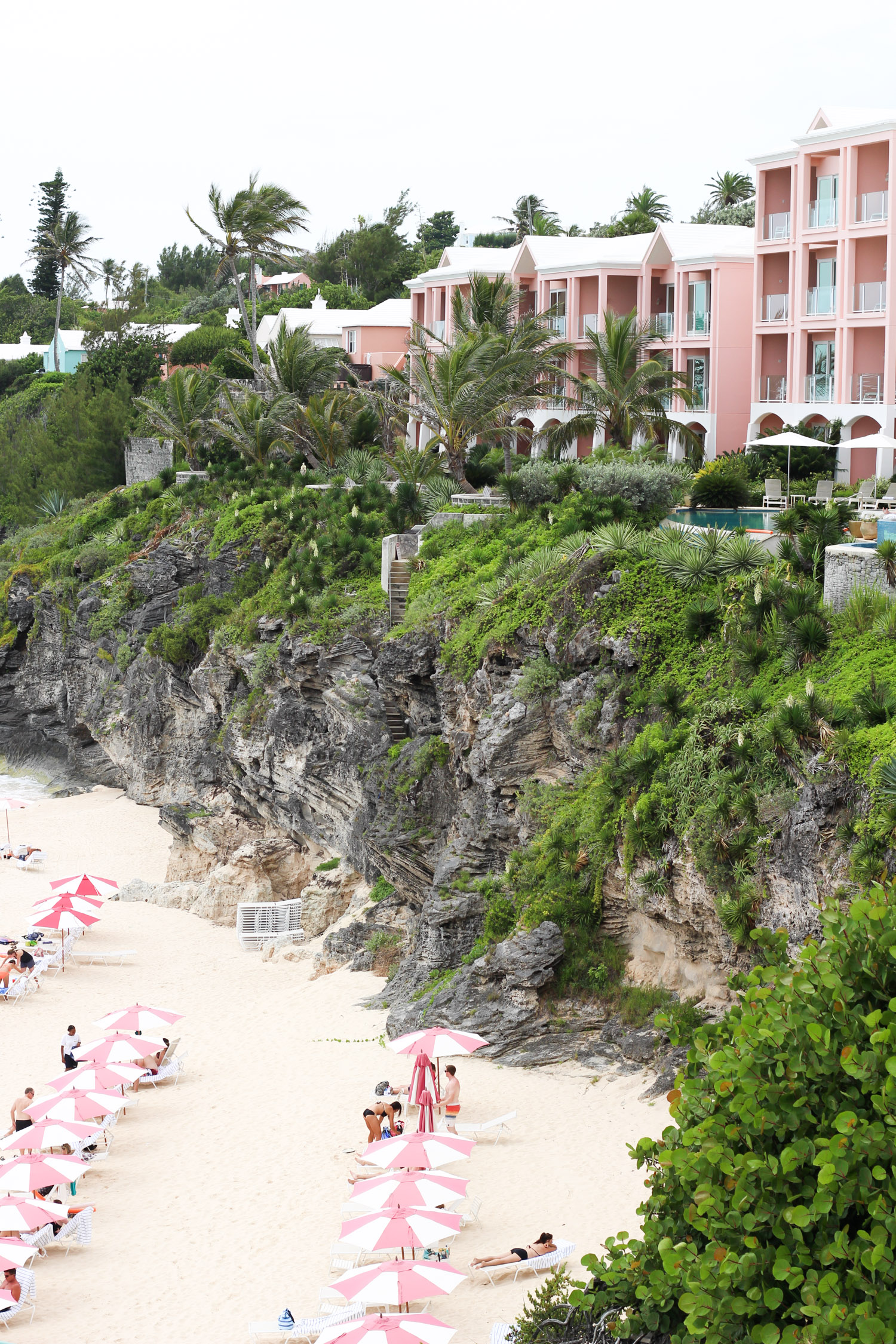 We stayed at The Reefs and could not have had a better experience–I wrote all about it last week! The only “branded” hotel we found was The Fairmont Southampton, but there are several other boutique properties and many rentals, including Airbnb, as well.

From the airport, plan to take a taxi to wherever you’re staying. We pre-arranged one through our hotel upon arrival, but paid for one on our way back out on Sunday. Both were within $10 of each other as The Reefs didn’t tack on an additional charge for this arrangement. Gas in Bermuda is very expensive, making taxis pricey, too. Something to keep in mind!

Unless you’re comfortable (or willing to become comfortable) on a scooter, getting around Bermuda isn’t the easiest. You can definitely take taxis but we knew that’d add up no matter how many “trips” we took. We’d definitely go for a taxi if we were with more people, but it didn’t make sense for just the two of us. We considered renting a scooter but since we were only going to be going into downtown Hamilton vs. exploring the island due to our quick trip this time around, realized it didn’t make sense to do a full-day rental. Also, unless you’re used to riding around on a scooter, they looked kind of terrifying. I know people do it but the high speeds and windy roads are no joke! We took the public bus to downtown Hamilton, which worked out great. The bus stop was right across the resort and the front desk sold bus tokens. You usually need to buy these ahead of time or pay more in exact change, so definitely look into this if you’re going to take the bus. 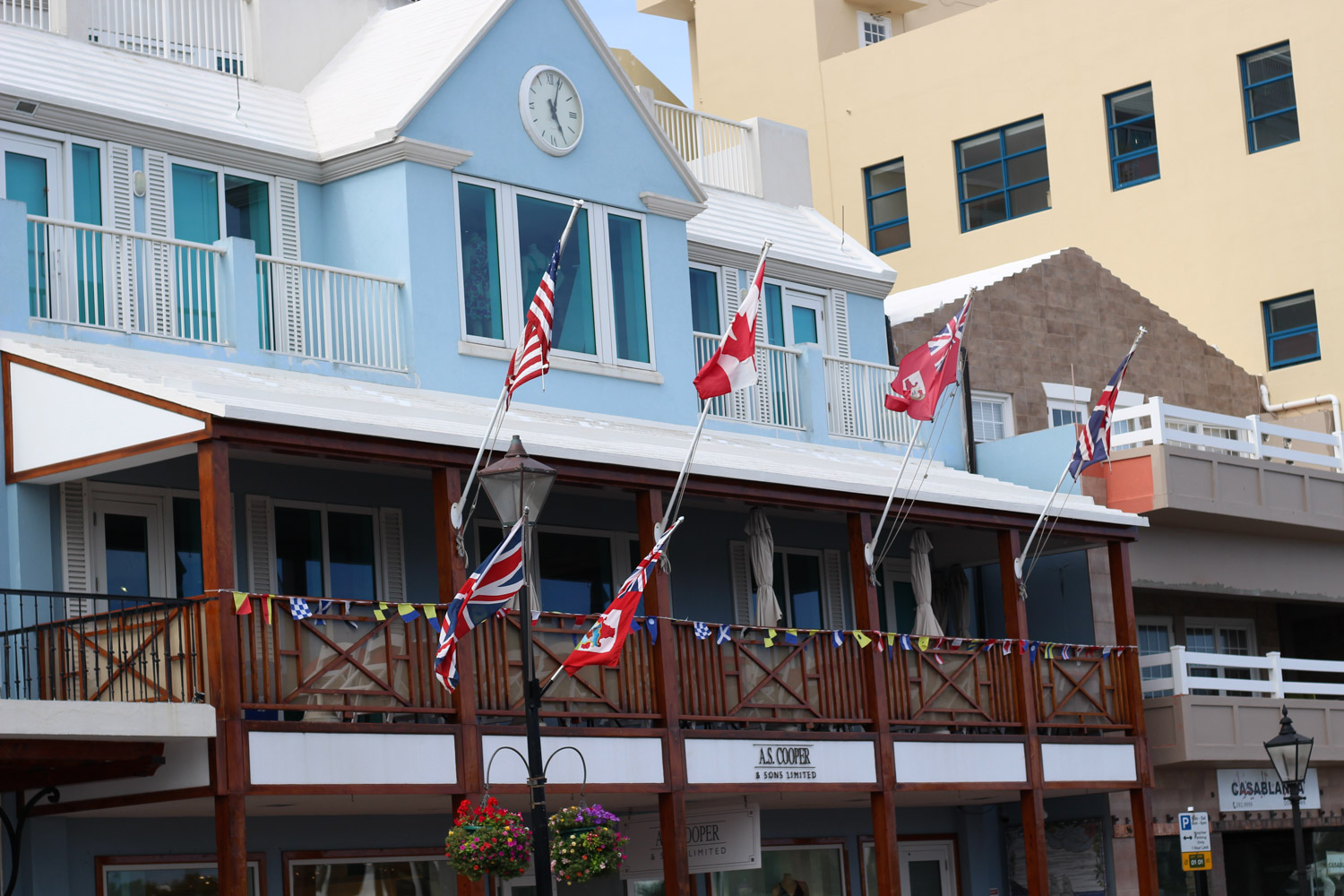 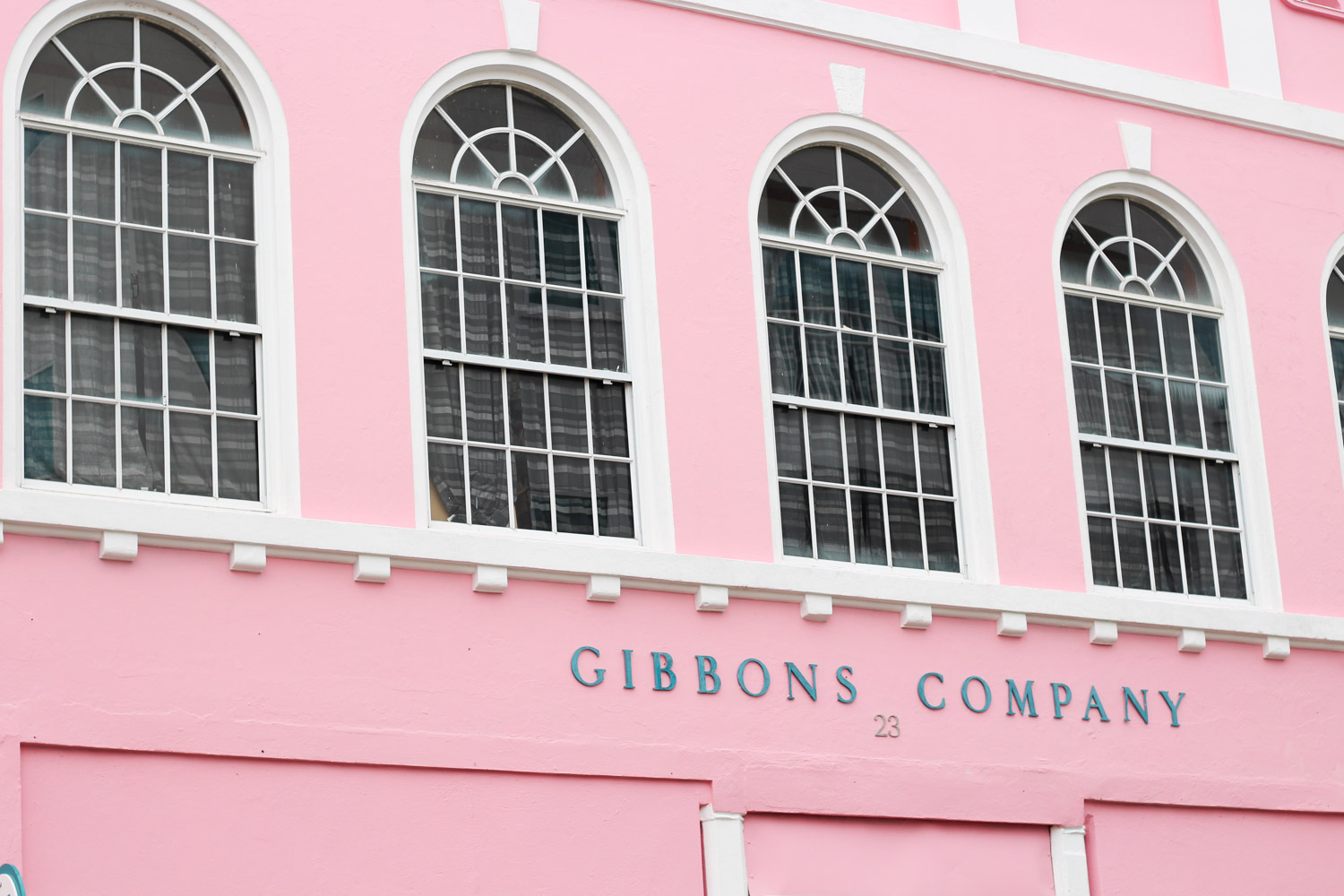 The main goal of this trip was to truly relax and enjoy the incredible beach at The Reefs. We didn’t want to deal with commuting to and from beaches and while we really wanted to explore more of the island, had to acknowledge we were only there for two days. Our one “excursion” was to downtown Hamilton and it was a ~30 bus ride each way from where we were in Southampton. We popped in and out of stores–I picked up a sweater from The English Sports Shop (J got authentic Bermuda shorts!) and stocked up on authentic Cadbury products (if you do the latter, go to a drugstore instead of a souvenir shop to save a few bucks)–and grabbed beers before heading to dinner at Ruby Murry’s, which I’ll get into below. There wasn’t a ton to do in this area so 1-2 hours of wandering should suffice.

Next time, I really want to go see the Royal Naval Dockyard and the crystal caves. The Dockyard is on the western most point of the island and the crystal caves are really far east (Southampton is in the middle of both), so this is when having a scooter, being willing to splurge on taxis, or having more time to get around would really come in handy. 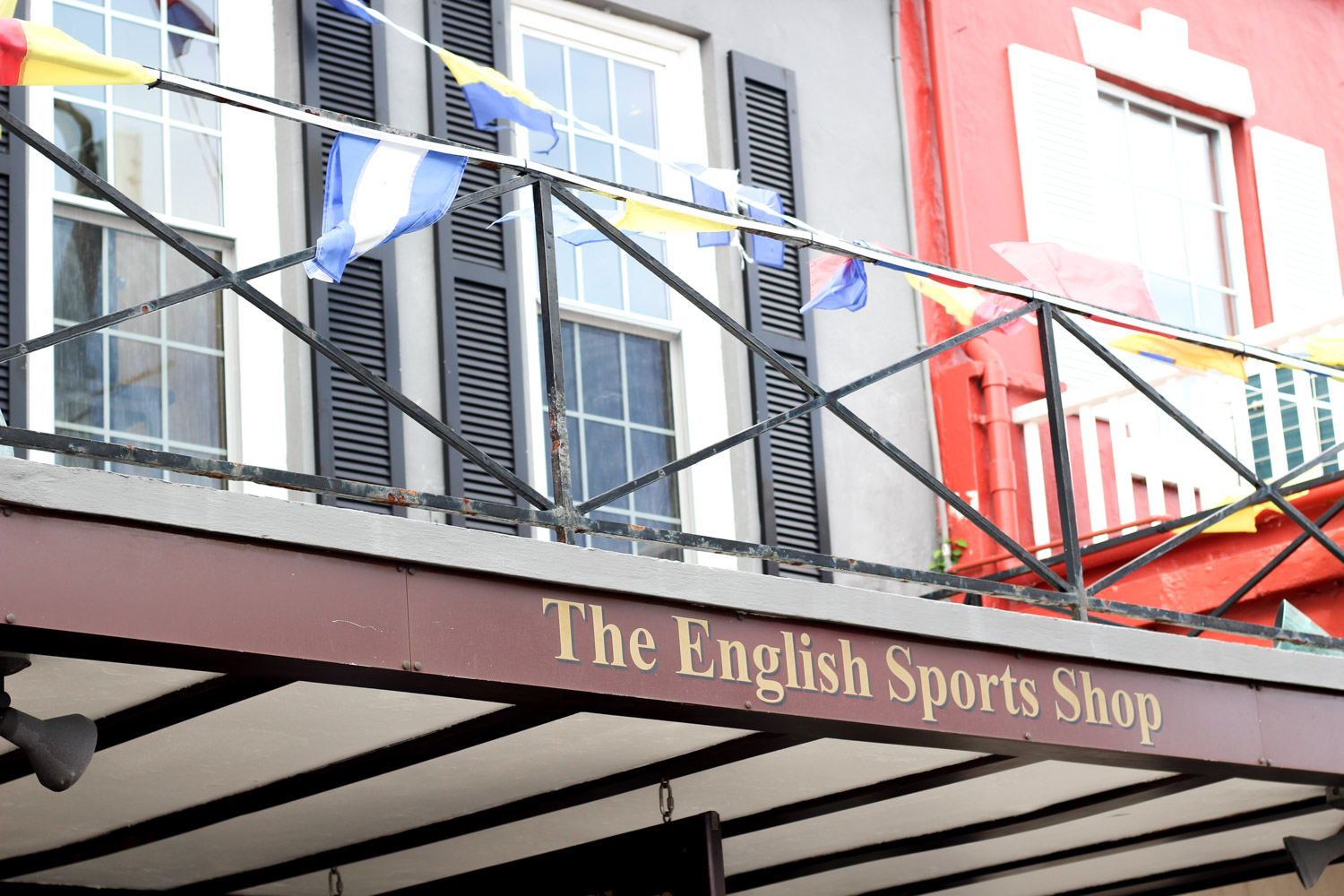 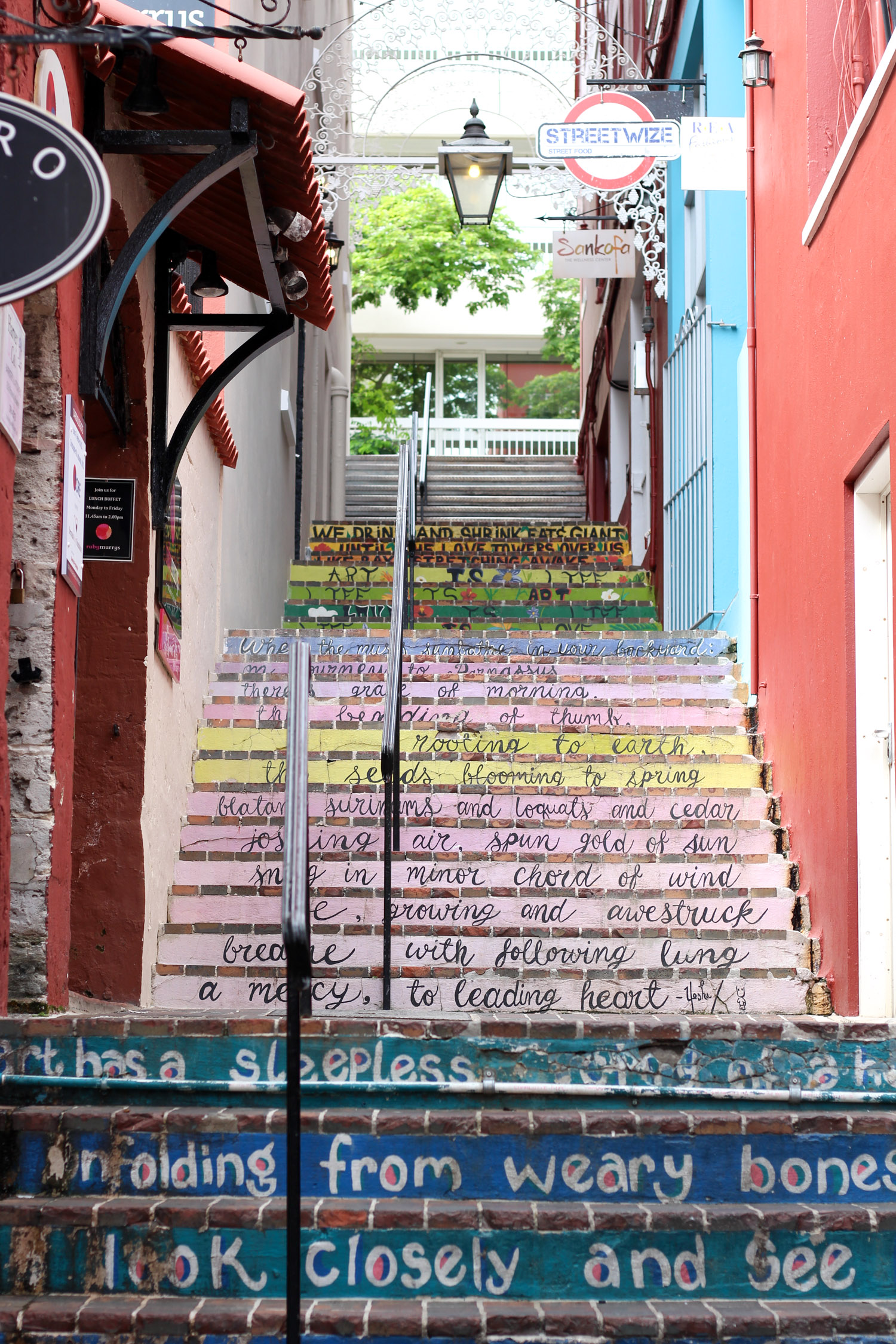 The alleyway with Ruby Murry’s + Yours Truly

Before I dive in, something to note is that food (along with most things) in Bermuda is pricey. Nearly everything is a few dollars more than it is in the US, so just keep that in mind as you look at restaurants, menus, etc.

The priority upon arrival was to get to the beach as soon as possible, so we dropped off our bags, quickly got changed, and headed down to the beach where we split a shrimp quesadilla. The Reefs does an afternoon tea from 4-5pm so we planned to snack there before dinner. This worked out really well; our goal was to split beachside food whenever possible to save a few bucks, and the portions were generous so that’s what we did! The tea setup was simple but good…there were a couple types of mini sandwiches and baked goods.

Dinner Friday night was arranged by The Reefs PR team (the only part of our stay that was c/o; the rest was out of pocket!) and we dined at their oceanfront restaurant, Coconuts. J and I both started with salads and ordered fish as our entree. I’m still thinking about mine…it was Asian-inspired and had this perfectly crispy coating with a delicious sauce. The desserts were also so good– we had a panna cotta and bread pudding. We enjoyed a bottle of champagne with the literal waterfront views…it was amazing and if you can, I’d recommend dining there (you don’t have to be a guest!).

One of my favorite parts about The Reefs is their breakfast buffet, which we definitely took full advantage of both Saturday and Sunday morning. We got there early and probably stayed at least an hour (two trips to the buffet + eggs benedict off the menu, since you can do both if you get a room with a breakfast package!), which kept us full for a few hours at the beach. We ordered a fish sandwich to share and frozen dark ‘n stormies by the water! Everything we ate at The Reefs was delicious.

Something I was most excited about when we decided to go to Bermuda was the Indian food! It’s a British territory so I knew it’d be good, and Jackie highly recommended Ruby Murry’s. We had some of–if not the–best Indian food I’ve ever had and it was pretty affordable! We split chicken tikka masala, garlic naan, and two vegetable side dishes. It was the perfect amount of food and is probably what will get me back to downtown Hamilton every time we’re on the island.

After dinner, we met this nice couple outside the restaurant (they were also from DC) and they’d just come from this speakeasy next door called Yours Truly. It was truly (ha) one of the coolest bars we’ve been to and I highly, highly recommend it if you’re in the area. The bartenders were incredibly nice and we went with dealer’s choice for our drinks, which felt like the way to go. We capped off our stay with another big breakfast buffet on Sunday, spent a couple more hours at the pool, and headed off to the airport!

There are a couple classics I’d love to try at some point: The Swizzle Inn and the Waterlot Inn at the Fairmont.

That’s a pretty solid recap of our trip–it doesn’t look like much since we spent so much of it relaxing, but I thought it was the perfect blend of activity + downtime. If you have any questions, feel free to comment below or email me at monica@monicadutia.com ? 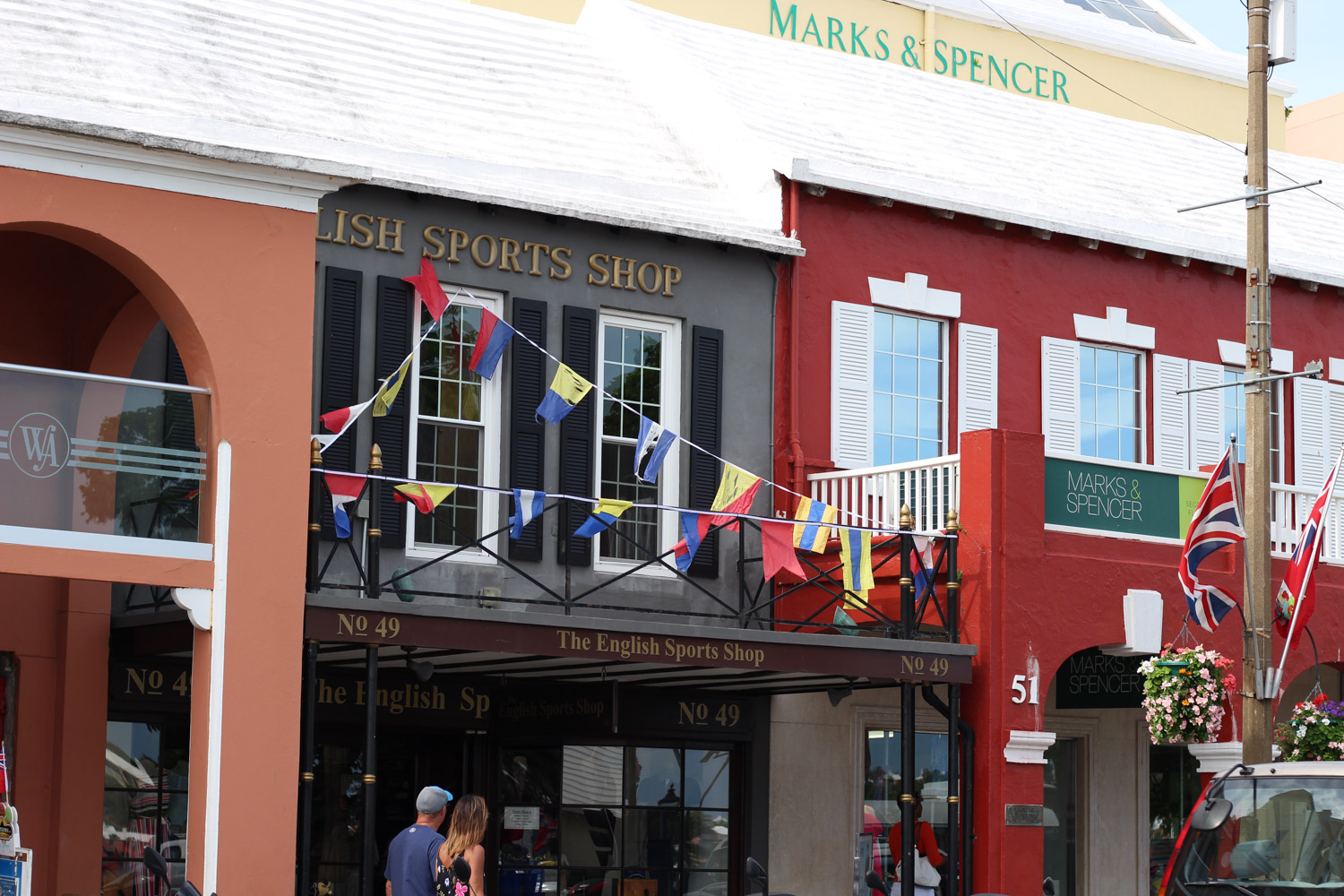