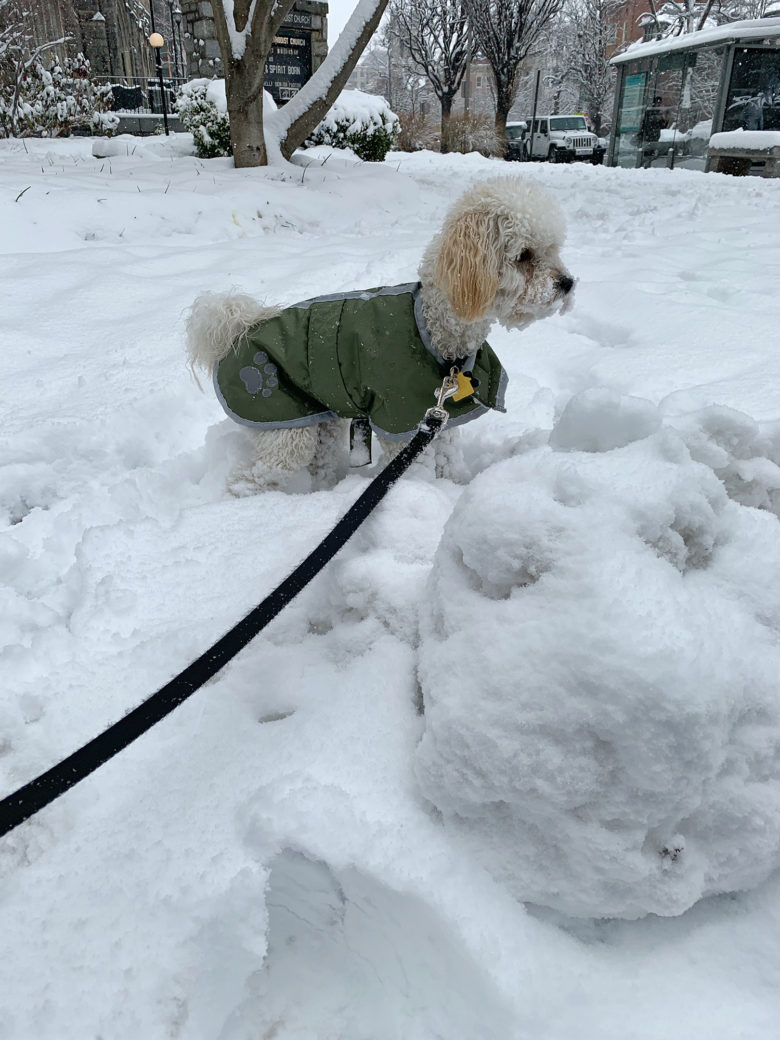 It’s somehow been nearly a month since my last Friday post, and I’m happy to report that I actually have a good amount of links and “updates” (they’re not too exciting, so putting it lightly) to share! I feel like I’m finally back in a routine post-holiday and while I always love heading out of town, am really happy to be staying put until we head to London + Edinburgh in early March. The weekends in between are already filling up but it’s going to be so nice to stay in a routine following a busy holiday season.

One thing that’s really been on my mind as of late is my fitness routine. I’ve jokingly referred to as my “fitness crisis,” which is a very overdramatic way of saying that I’ve made some changes in my workouts and am essentially trying to figure out a new routine.

I was an avid Orangetheory-goer and got an 8 class/month membership when a studio near me opened during the early fall of 2017. But last May, in an effort to vary my routine a bit and exercise on a more regular basis (eight times a month wasn’t enough!), I joined a yoga/pilates studio that I fell in love with. The problem quickly became that spending $250/month on fitness was just not at all sustainable and something had to give. I ended up dropping OTF in November and have since more fully utilized my pilates membership. They also added a couple more HIIT classes, which I love!

The main issue here is that I want more sweat-inducing cardio outside of the classes my pilates studio offers, but don’t want to be paying an arm and a leg. I also refuse to drop my pilates studio because I love the community + instructors, which is why I’m not just joining a regular gym (for which a membership would range between $80-$120, depending on which one.) I’m currently weighing all options, which really includes buying individual group fitness classes as I want them (pricey but at least not consistently, if I don’t want them to be) or joining Classpass, which I’m going to try with their free month promotion. More to come once I figure things out, but if you have a routine you love, I’d love to hear it!

On another note, I–like seemingly everyone–did a major closet cleanout over the past few weeks which is saying something because I regularly edit my closet and don’t really hang onto things that don’t get worn. I somehow still ended up getting rid of several pieces, which further identified some glaring gaps in my closet. (As an aside, if you haven’t watched Marie Kondo’s show on Netflix, I highly recommend. I was worried it was going to feel too much like Hoarders but that’s not the case at all. It’s wonderful and definitely sparks joy :)). One gap is in the way of dresses–I have a couple really formal ones and three or four really casual, summery ones, but not really anything in between. I ordered this dress from Club Monaco (it’s an additional 50% off today and was only an additional 40% off when I got it…gah) and these pants, since I work in a casual office and wanted to try a tailored alternative to jeans.

I also snagged these wedges (which conveniently also got an additional 10% off since I ordered them Wednesday)–I’ve been wanting to try the brand for a couple of years and the nearly 65% discount on such a neutral felt like the right time. It seems counterintuitive, but stay tuned for a post next week on my “buy less” philosophy to piggyback off of Meg’s 2019 plan!

+ A genius trick to make your salad more photogenic (and generally appealing, especially when it’s tempting to go out!)

+ Winners of Trader Joe’s 10th Annual Customer Choice Awards–I agree with so many of these, especially the Cauliflower Gnocchi, Everything But The Bagel Seasoning, Unexpected Cheddar, Chocolate Lava Cakes, Roasted Plantain Chips, and Teeny Tiny Avocados. (Also, you I regularly round up my TJ’s favorites here!)

+ I want to try this chicken meatball recipe.

+ Victoria has always been one of the most thoughtful bloggers (/writers, in general) on the Internet, and her Beauty Bible blew me out of the water. It is comprehensive yet easy to digest, contains something for everyone, and includes some of her best beauty tips (which I’d take any day–this girl knows her stuff!)

+ Two great posts from Jackie: Her guide to the Upper East Side (she’s the expert!) and what I’m most excited about: photography tips (some general ones, and then for photographing people). She is one of the best and I’m excited that she’s giving us a peek into her talents.

+ I always love getting book recs from these girls, so naturally bookmarked their best reads of 2018: Katie’s, Grace’s, and Sarah’s!

+ An awesome interactive family tree on the British Royal Family.

+ Saying hello to the new year (and I wore this exact outfit yesterday but swapped out the flats for booties!)

+ Taking a virtual trip to the Grand Hotel a Villa Feltrinelli.

+ I tackled a huge project in the latter part of last year, which prompted me to write this post about my inbox.

+ Easy weeknight dinners are a must for me, and I compiled a few of our go-tos!

*Image: Millie in the snow on Monday–we had the best few inches Sunday into Monday!