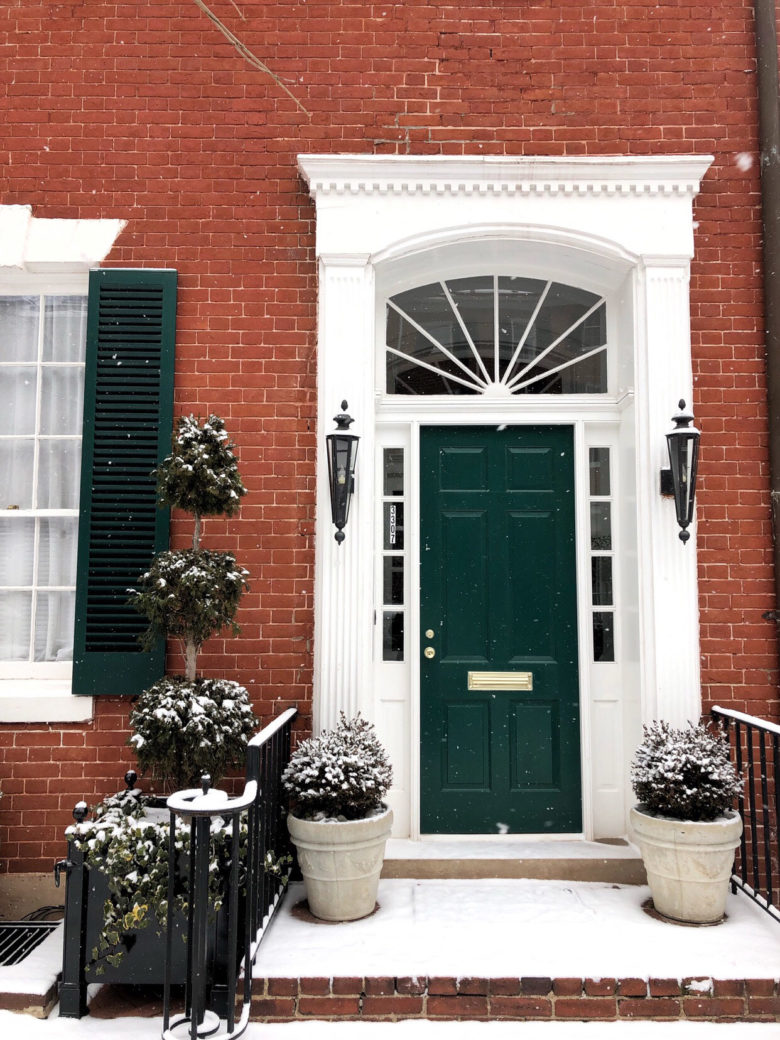 Despite January moving at a seemingly slower than normal pace (I’ll say that most people complained about it dragging on, but I didn’t mind…it’s nice that time wasn’t flying for once!), it feels weird to think we’re on the fringes of spring already! It was about 70 degrees in DC on Tuesday and the forecast is calling for a wintry mix on Monday. I definitely understand the “January is 74 days” sentiment that was floating around this year even though I wasn’t doing some kind of diet in the way of Whole30 or Dry January!

I could not be happier to report that J and I have cut cable and just have Hulu Live, Netflix, and Amazon Prime! So far the only thing I miss is having The Bachelor (we don’t get ABC, but you could get an antenna or something other than Hulu Live if this is an issue for you) on in the background on Mondays, but I will gladly give that up for a savings of nearly $100/month. He still has a couple sports subscriptions (separate from cable) that allow him to watch games that are really important to him so neither of us have been inconvenienced at this point. We’re only about a month in but so far, I can’t recommended cutting the cord if you’ve been on the fence!

Changes in my fitness routine

I’ve mentioned this in passing but ever since I canceled my Orangetheory membership in November (I have an unlimited pilates + yoga membership that I love and refuse to drop, and couldn’t justify the cost of both anymore) I’ve been trying to figure out what I’m doing next. The priority is to do something that costs less than I was paying before, varies the type of exercise, and is interesting enough to keep me motivated. I’m currently doing a free month of Classpass and have tried FlyBarre, Barry’s, Pure Barre, and Solidcore. I also went to a 305 Fitness class (more on my Insta) and that + Solidcore have been my favorites so far! I’ll report back when been back to more classes!

A new form of budgeting

In an effort to get a better handle on our finances in 2019, we signed up for the You Need A Budget (YNAB). It’s not the most intuitive app but it consistently has rave reviews and seems really robust capability-wise. We’re just getting started on it so I’ll report back once we’ve utilized it more, but it feels good to have a sort of “official” expense tracker and budgeting tool in place.

Our upcoming trip to London + Edinburgh

A month from today, we’ll be heading back from our London + Edinburgh trip! I haven’t been to London since I was 10, J has never been, and neither of us has been to Edinburgh–it’s been at the top of my personal bucket list for as long as I can remember. It’s a very quick trip–Friday to Friday–but we’re trying to fit in as much as possible both in the way of the sights and good food, since both are equally prioritized when we travel. My cousin and her husband are coming down from Manchester to meet us for a night and we already have lunch at Dishoom and afternoon tea at Sketch on the agenda and are filling out everything in between–I’d love to hear your recommendations for either place!

I’m doing a post on this topic specifically next week but I’ve been making an increased effort to own less this year. You probably know by now that we live in 540 square feet–me, my boyfriend, and our dog–and while we’re lucky enough to have two separate closets, our storage space is very limited and we’re constantly editing our belongings down to make sure everything fits. I’m really particular about things being tidy and what really helps things stay in order is not owning as many things! Meg’s decision not to shop in 2019 and the wonderful group who has also found themselves enthusiastic about making more intentional purchases is a motivator to stay on the ball with this, and I’m excited to share more + my personal philosophy on shopping–particularly when it comes to buying clothing!