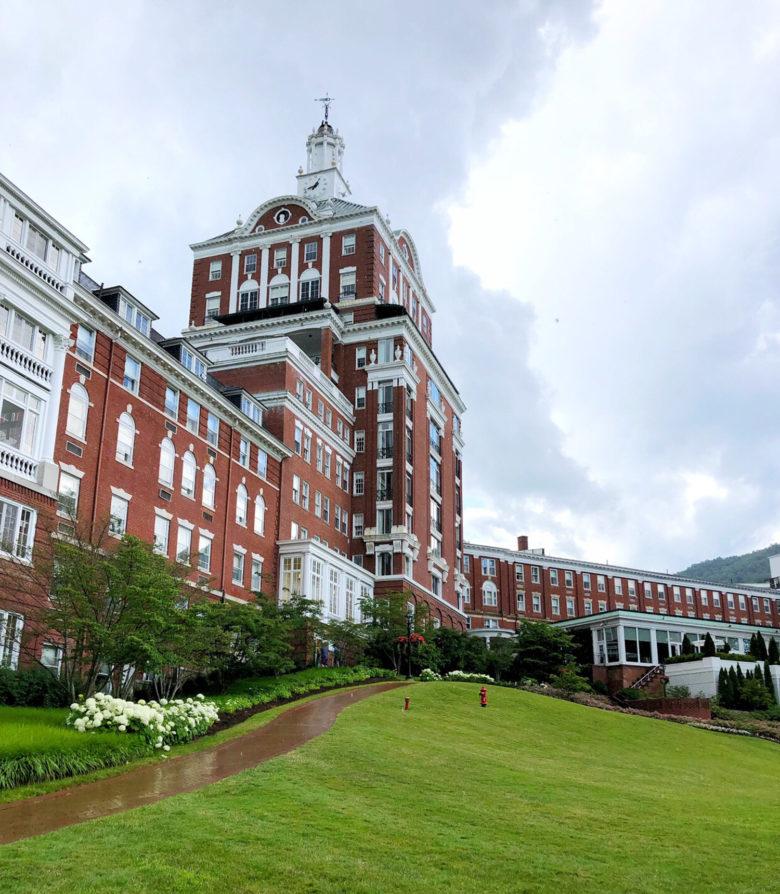 I’ve lived in DC for nearly seven years (if you count the time I spent here during my semester “abroad” and the subsequent summer, plus the six years post-graduation) yet my bucket list for the surrounding area continues to grow! Despite not having a car and relying on friends and rental cars for day and overnight trips, I’m increasingly making an effort to explore more that lives outside of the immediate DMV!

A visit to the Omni Homestead has been on my wishlist since I first heard about it several years ago, and unsurprisingly, given our shared travel preferences, Katie felt the same way! We were brainstorming weekend trips over a wine night in May and our conversation went from trying to plan a beach trip, discovering that the Holiday Inn in Ocean City was running $400/night, and nearly immediately booking ourselves a room at the Homestead for late June instead. It was 100% the right decision and made for a wonderful 24 hours! 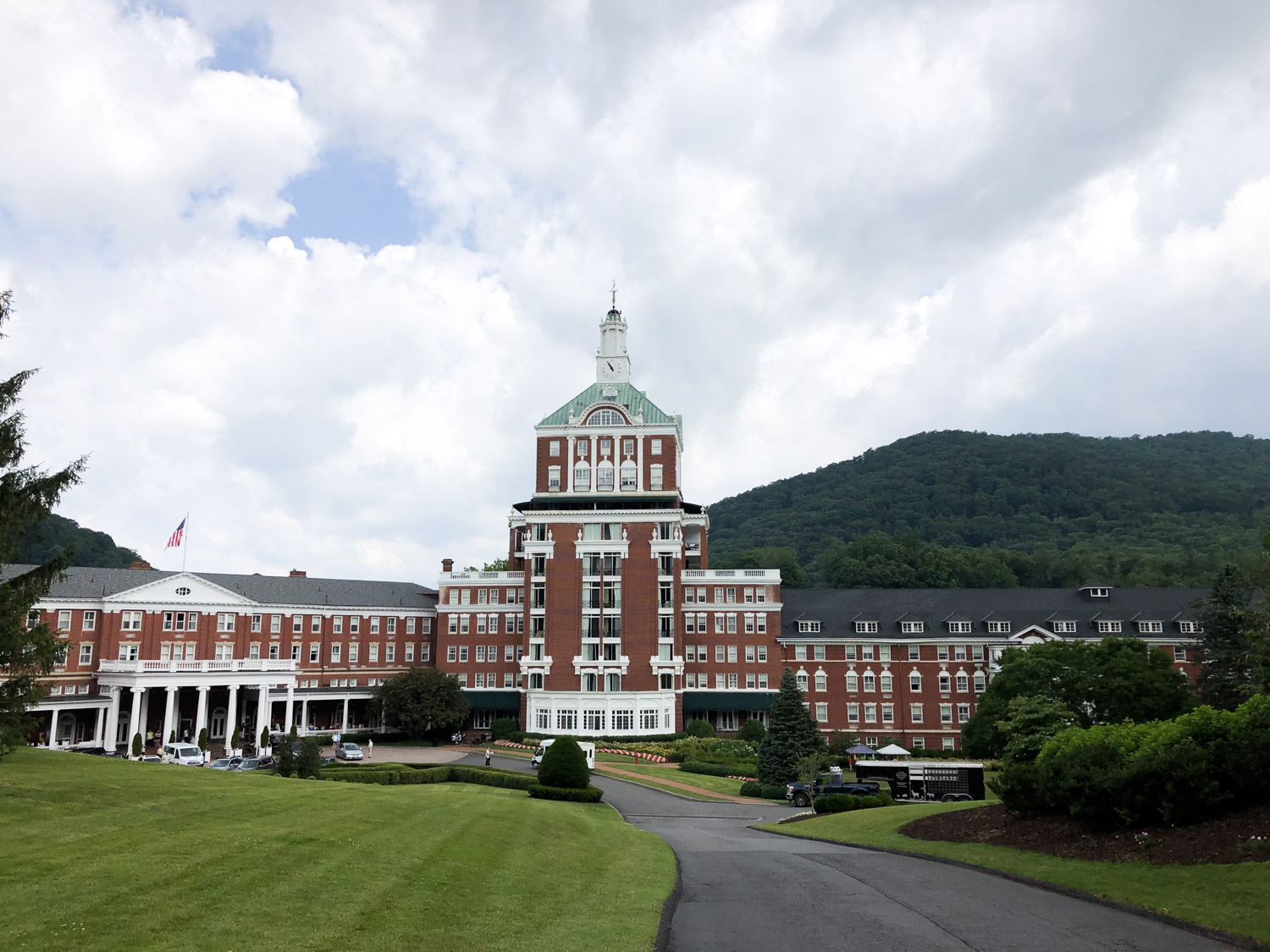 An Overnight Stay at the Omni Homestead Resort

The Homestead–known as “America’s first resort”–originally dates back to 1766 when two militia men were granted land by George Washington and opened an 18-room hotel on the 300 acres. Ownership changed several times over the coming years and eventually, enough money was raised for the hotel to be entirely rebuilt in the late 1800s. In 1901, a fire destroyed nearly the entire property and the reconstruction (just one year later!) is the structure that stands today. There have been a number of restorations over the years but the classic character of the early 1900s remains an integral part of the Homestead’s charm. The details are impossible to miss and I appreciated the balance between maintaining the history and modernizing to keep up with the times! 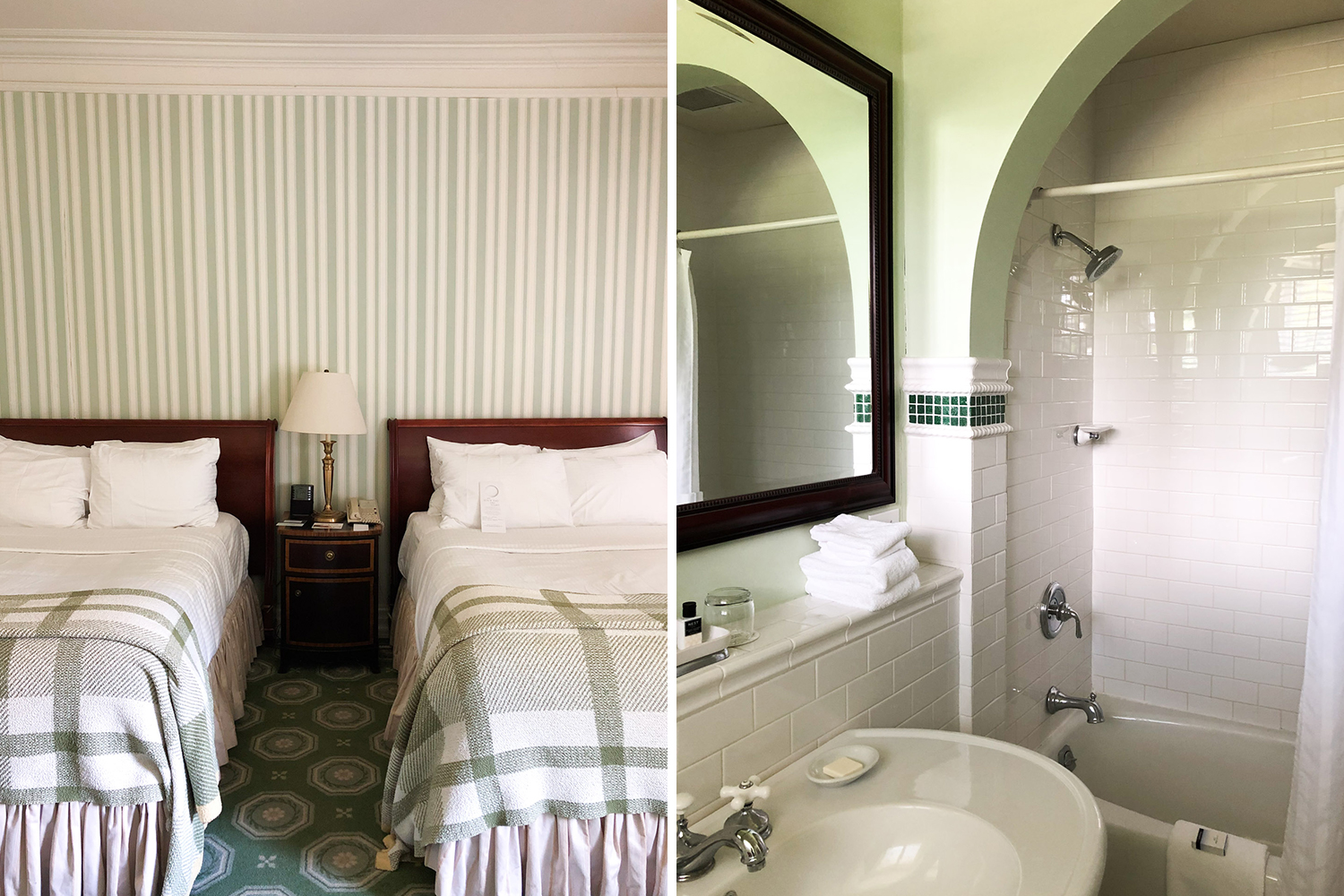 We left downtown DC at 7:30am on Saturday morning and pulled into the Homestead exactly four hours later–and that was with a couple of quick stops along the way! The drive is so easy and we hit no traffic that time of day. Our room was ready early and we were en route to the pool by just after noon. Something to note: If you’re booking directly with the hotel (which you should, since direct rates are always better than third party sites!), be sure to create an account. Katie has only stayed at one other Omni but apparently had “status” that upgraded us to a better room…they claimed it was due to the “level” on her account!

As soon as we got settled in our lounge chairs, lightening struck in the vicinity and lifeguards had to evacuate the pool area. The forecast hadn’t called for rain so we were surprised and disappointed, especially since it was nearly two hours before we could get in again due to the storms! Our original plan was to order food poolside but we ended up going to our intended dinner spot–Woody’s–and grabbing burgers + cocktails on the patio to wait out the weather delay. The food was alright and our server was nice, but they were understaffed and the manager was incredibly rude to us (after they messed up my drink order twice!), so just keep expectations in check if it’s busy. We hung out in a couple of the several rocking chairs on the Woody’s porch until the all-clear to get back to the pool! 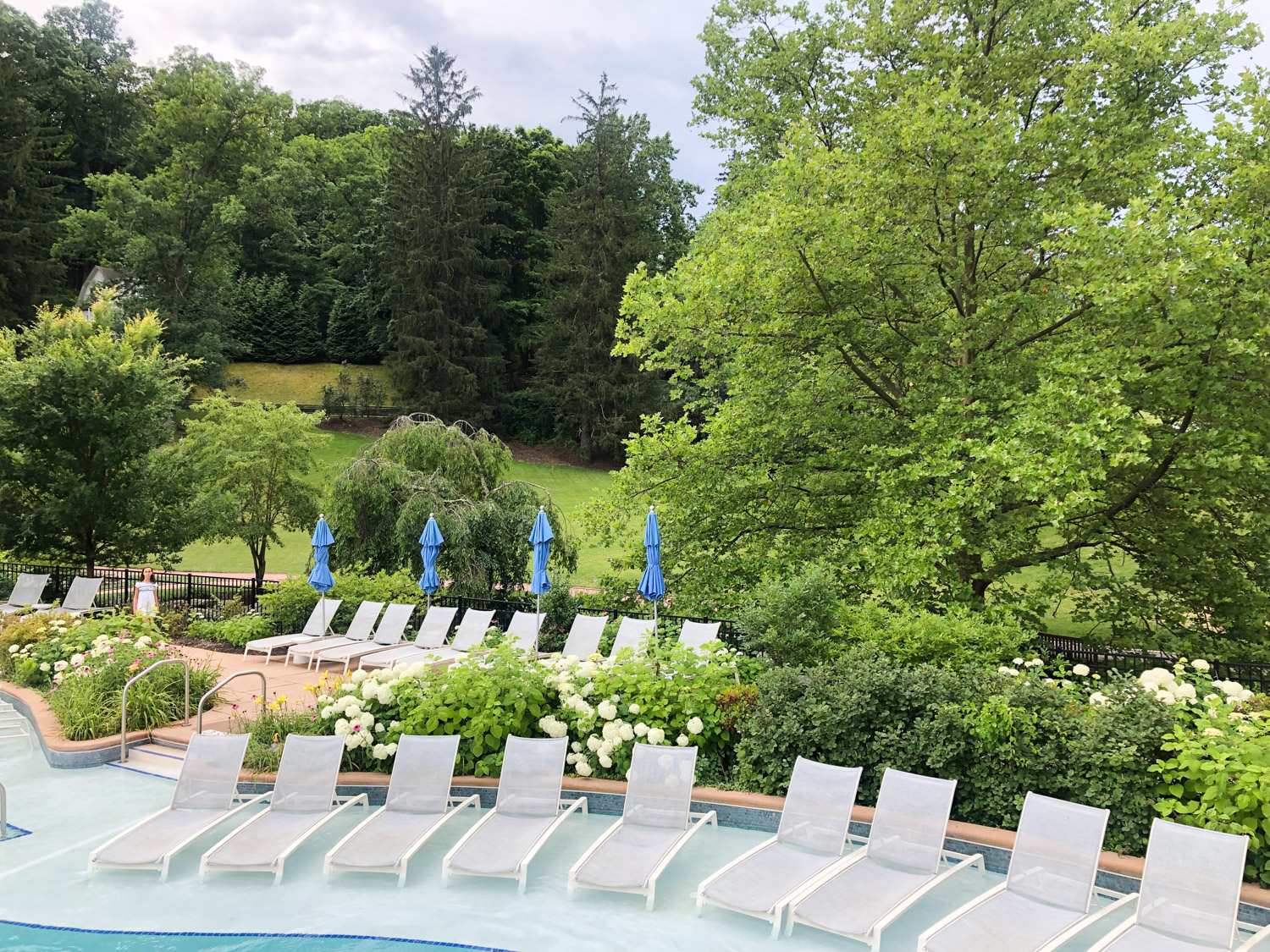 The pool area is gorgeous and has hundreds of chairs and a lazy river. The whole thing is very kid-friendly (there’s a family pool, kids pool, and water slide, too) and has a small bar as well–plus poolside service, of course. There are cabanas for rent if that’s your thing and it’s a great place to post up for a few hours like we did!

Both before and during our stay (after I posted on IG Stories), so many people told me to try out the spa! We were there for such a short visit this time and went into the trip set on making the most of a pool day, but I would definitely plan to go next time I’m back. They also have a private pool area–you can buy a day pass, or admittance is included with all spa treatments. This would be perfect if you’re looking for a more relaxing pool setting since it’s kid-free! 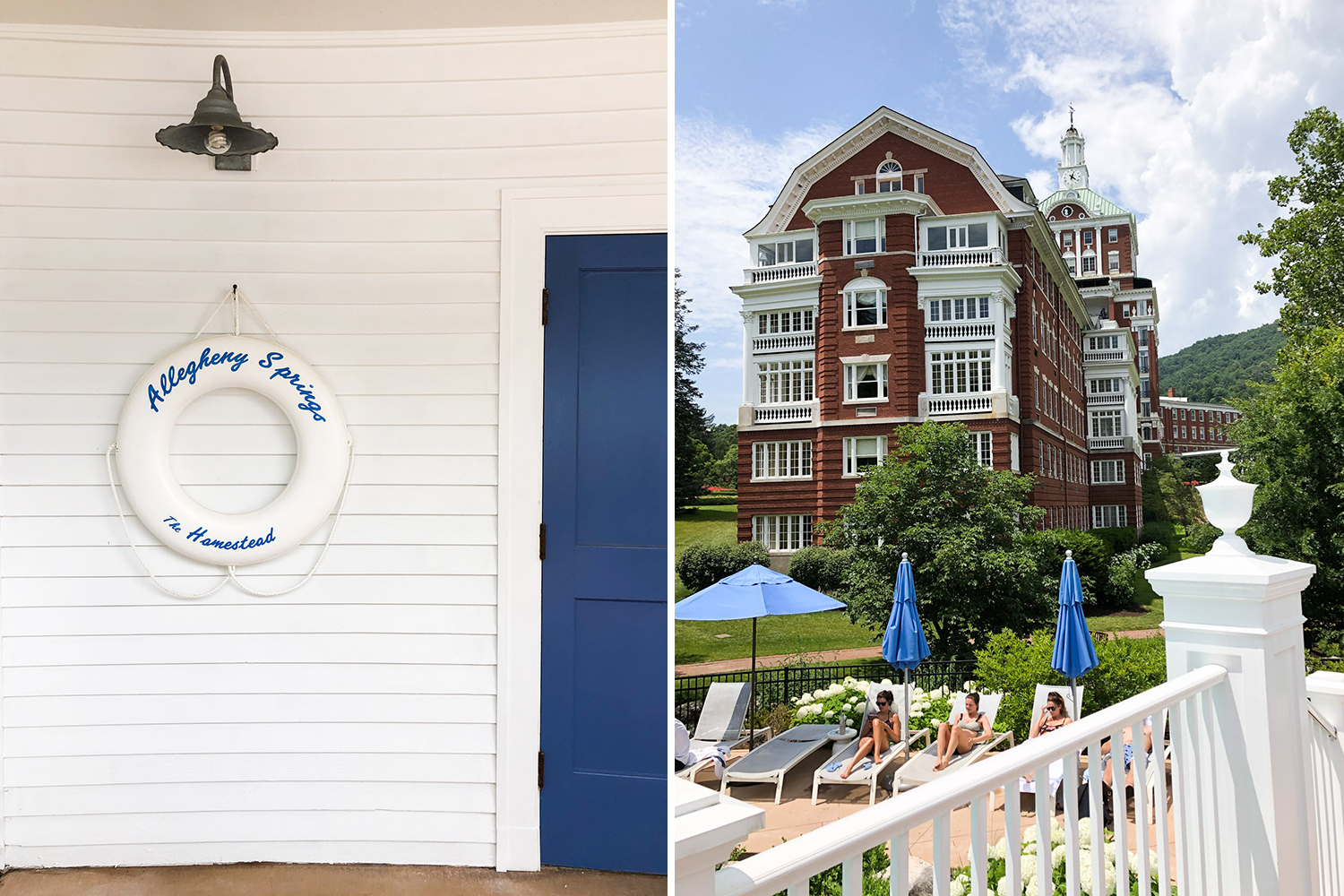 After quick post-swim showers, we headed down to the lobby bar for a drink. It was really nice and cozy and would have been perfect for a cold night, but we took advantage of the outdoor rocking chairs and posted up on the resort’s front patio. The other guests we met were so friendly and it was really nice hearing how visiting the Homestead has been a tradition in their family for decades. One couple was there with their two year old son–her family had been coming there since she was a kid, then she and her husband made annual trips to the resort, and now they’re continuing the tradition with their son!

We didn’t get to try much since we were just in town for a night, but there are so many activities you can do onsite–everything from falconry to horseback riding to skeet shooting. There were also lawn games happening Saturday evening, and we saw a petting zoo on our way out on Sunday! After drinks on the porch, we put our names down for a table at Jefferson’s outdoor deck and waited about 45 minutes, which was to be expected due to the lack of reservation and gorgeous weather! We split the meatballs and fried green tomatoes for an appetizer and each got a salad as our main–we weren’t too hungry after eating a late lunch but I still squeezed in the s’mores dessert to go :) We called it an early night and watched a few episodes of Friends in our room before hitting the hay.

I woke up early Sunday morning and went downstairs to do some work. The room off the lobby is beautiful and has these gorgeous chaise lounge chairs alongside bay windows that face the front of the property…there were board games that we’d seen guests utilizing the night before, and there were people reading the newspaper while taking in the views and bright morning light. This was one of my favorite parts about the resort and was the perfect little spot to spend an hour or two! 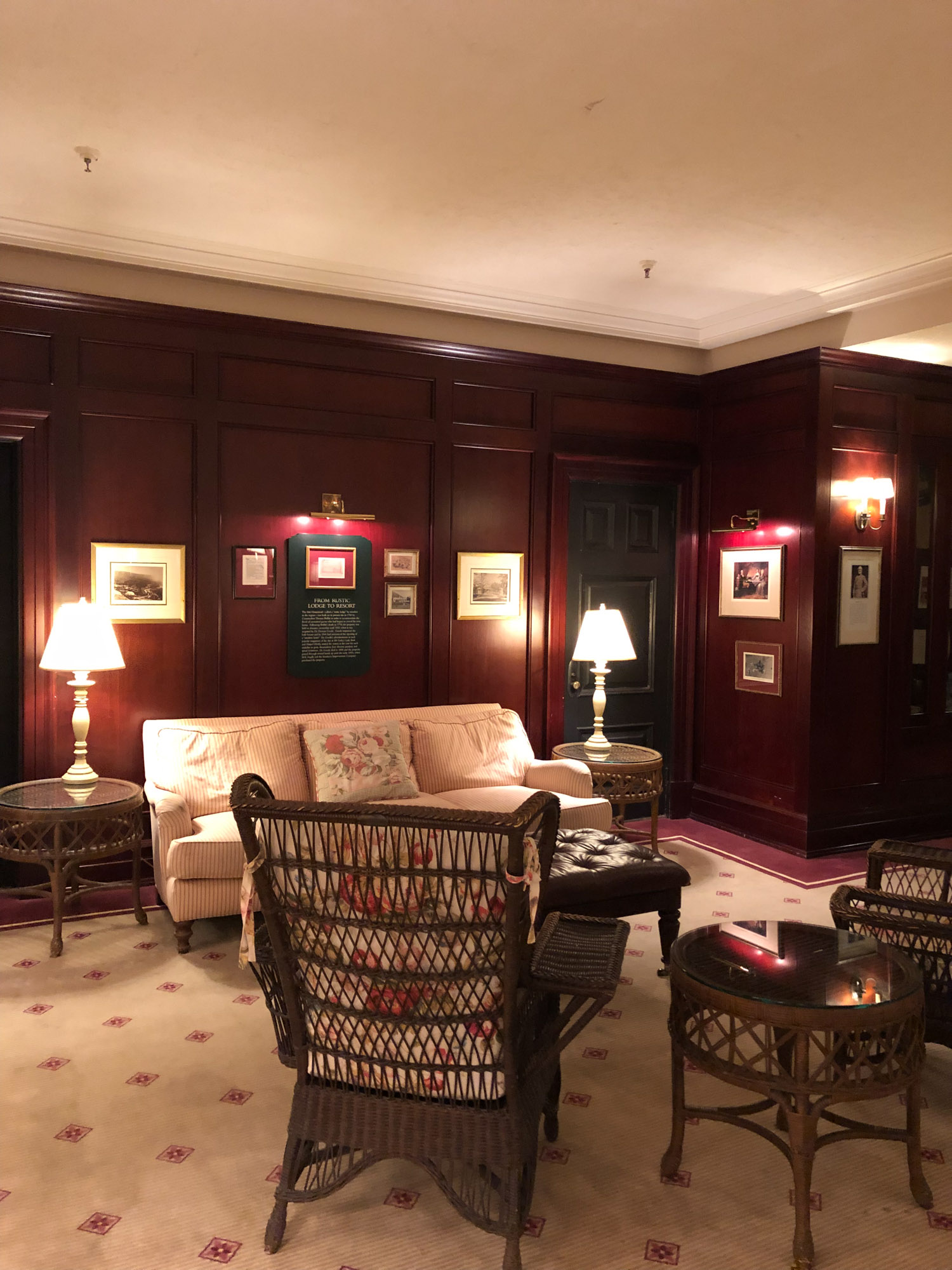 Katie and I both love a good breakfast buffet so we knew we’d be taking advantage of the $29 offering in the Main Dining Room! I’d recommend asking for a table by the windows if you can. We sat by the buffet and while that was convenient, it feels very “interior” and the scenic views on the other side are incredible. They have your standard elaborate breakfast buffet spread–the basics, plus stations for waffles, pancakes, and omlettes, as well as a few unique options like mixed berry cobbler and a breakfast casserole.. But the highlight for me was the phenomenal maple donuts. (I literally wrapped one in a napkin and took it home for J!).

We hit the road right after breakfast and were back in DC in four hours flat, again! It really is such an easy drive if you aren’t traveling during rush hour. 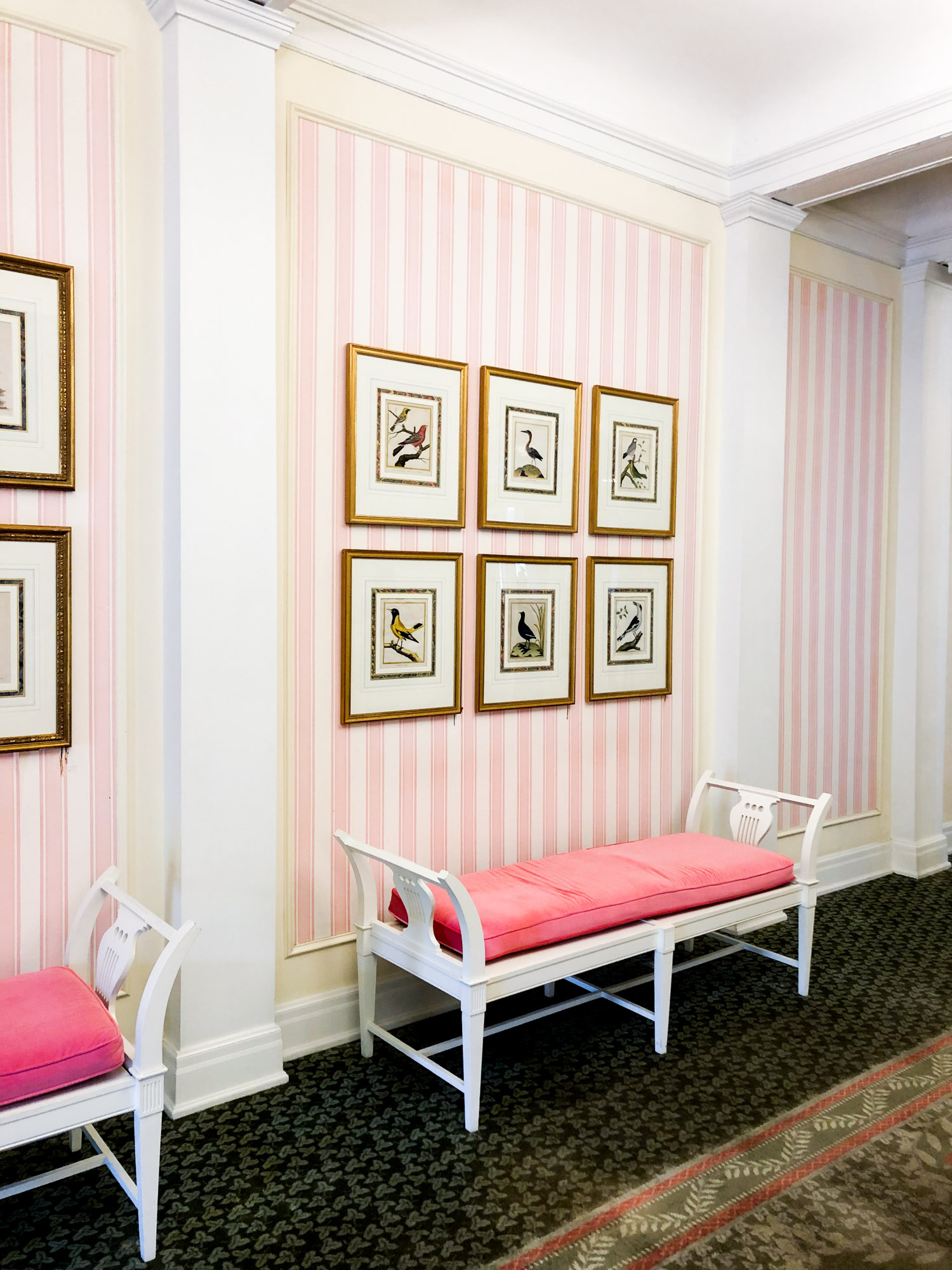 When we posted about the Homestead on Instagram, both Katie and I got some questions about how it compares to The Greenbrier. I loved both but if I had to choose one, The Greenbrier wins out. It’s really tough to beat Dorothy Draper’s impeccable design, the resort felt a little more updated while still staying true to its roots, and their food options were more my speed. Plus, they have the Bunker, which is a sight in and of itself! That being said, I visited The Greenbrier in the middle of winter so would love to try swapping seasons to head there in the summer and stay at the Homestead in the winter. Both properties have so many activities we didn’t experience so that means another trip is in order! My dress // My shoes