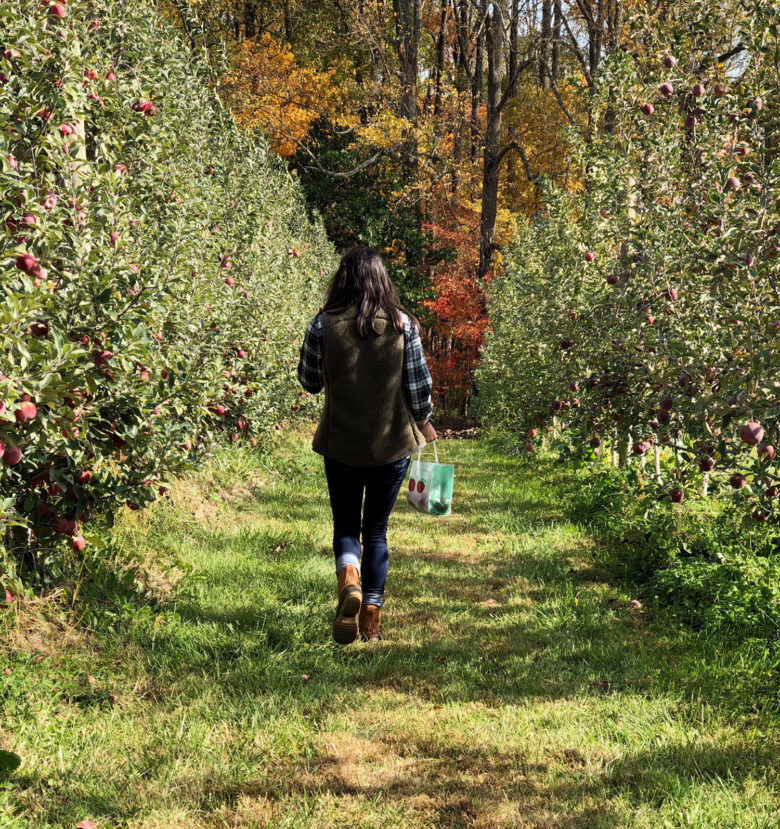 One of my most requested content ideas is a post on things to do in DC in the fall and given that I’m a fall enthusiast and wish the mid-Atlantic could resemble New England this time of year, I was excited to pull this post together! There are obviously no shortage of things to do once you cast a wide net in the DC-Maryland-Virginia area (DMV), but I wanted to focus on some things closer to the District since I know many of you live here and don’t necessarily have access to a car or a whole day to commit to a trip out of the city!

I’m going to be updating this post as I find more things so bookmark and check back if you’re looking to embrace the best time of the year in the DC-area!

There’s something special about spending a crisp fall day at a vineyard or brewery! Loudon County has a number of excellent spots and while not having a car means our trips out there aren’t as frequently as I’d like, I’ve spent some wonderful days drinking great wine with friends!

Bluemont is one of my favorite vineyards (and is next door to sister brewery Dirt Farm!)–we were just at both in August! They both have sweeping views of the area, making them the ultimate place to catch fall foliage, and Bluemont is serving apple wine to celebrate the season.

Hello, fall foliage! They have an incredible outdoor area with the same views as sister property Bluemont and they’re currently serving a pumpkin beer. We also spent some time there before heading to Bluemont in August and really enjoyed the affordable food options. Eat here over the winery if you’re doing both and want to save a few bucks!

As if the Great Country Farms empire (mentioned below) wasn’t good enough with Bluemont and Dirt Farm, they just opened a cidery last month and I can’t wait to check it out!

A wonderful dog-friendly vineyard! I haven’t been in four years (apparently this post is the home for throwbacks) but remember being impressed by the tasting room size and being able to bring in your own food.

Harvest Fest weekend is October 11-13. This is the cutest dog-friendly spot and is pretty close to downtown DC, as far as the wineries go! They’ve got a great indoor area with a cozy fireplace and the seating fills up quickly so go early if that’s your priority. You can also bring your own food!

Located right by Dirt Farm and Bluemont, Great Country Farms is the ultimate fall experience–there’s apple and pumpkin picking, a corn maze, pumpkin cannons, cider donuts, and the Fall Pumpkin Harvest Festival itself runs through the end of October. My friend Lauren works with the farm and everything she’s told me about it makes me think it’s one of the best places in the DMV for fall festivities! This is definitely where I’d head if we could squeeze in a trip this year, especially since it’s right by the aforementioned Bluemont, Dirt Farm, and Henway.

[A tip from Lauren, if you’re in this area–great food options include More Better for something casual, Monk’s BBQ, and Magnolia for a nice dinner!]

Butler’s is one of the more well-known spots within an hour of DC and I went a couple times when I first moved to the city. I never loved it but am not sure if that’s because both visits happen to fall on atypically warm days but their apple selection felt average, it was really crowded, and the store didn’t do it for me! However, they are very family friendly with several activities throughout the season so if events are a priority, it’s worth checking out.

I went here a few years ago (hello, throwback post to when I first got my 50mm lens!) and really liked that they had a decent-sized market and that it was bustling but not overly crowded. There’s a $2 entrance fee that I don’t remember existing before but it gives you access to the pick-your-own areas, farm animals, etc.

Apparently we’re in the habit of trying new orchards every time we go apple picking around here! We went to Waters a couple years ago (it’s where the photo above was snapped) and while it’s on the smaller side, it was less crowded and more of a “quick pick” thing–you could get in and out pretty quickly if you wanted to. There were also lots of bees–which terrifies me–so if you’re okay with those and looking for a shorter apple picking adventure that’s under an hour from DC, Waters is a good option!

I was hoping to find more fall-themed menus and haven’t seen as many as expected, so stay tuned for updates.

The downtown restaurant is celebrating Día de los Muertos (the Day of the Dead) from October 31-November 2. There will be several $7 margaritas (including blackberry cilantro, mango, and habanero) and three signature dishes (empanadas, mole de pollo, and a pork stew).

Oktoberfest from 5-7pm every Wednesday of the month, featuring a live grill station, German-style beers, and music. Sausage platters are $15 and beers are $6!

This is one of the coolest hotel bars in the city and they’re serving a number of German eats and drinks including warm Bavarian pretzels with Swiss beer cheese dip + beer mustard ($14), a sausage platter ($22), and Devil’s Backbone O’Fest beer ($8).

EVENTS AROUND THE CITY

There definitely seem to be more holiday-centric events in the District vs. fall-ey festivities, but there are still a few festivals, etc. happening in the next month.

The traveling exhibit of former President George W. Bush’s portraits–a tribute to post 9-11 veterans–is at the Kennedy Center’s new REACH center. J and I went and were really impressed–the exhibit is free (but get tickets ahead of time) and is very well done, illustrating the stories of the warriors featured and addressing some of the sacrifices that come with a life of service. The president is quite the artist, too! I’d seen some of his work in the media but it’s really, really impressive up close.

Snallygaster is an annual event for beer lovers–this year, admission comes with unlimited tastings rather than a set number of coupons. J went a few years ago and had a great time!

Sample wines from over 20 Virginia vineyards, tour the mansion and cellar, and enjoy live music at this annual event. Saturday and Sunday are sold out but there are still tickets for Friday! The weather is supposed to be beautiful so this would be a great way to see Mount Vernon if you’ve been hoping to plan a trip.

My favorite podcast is back in DC next week! Grace and Becca will be at City Winery and have a great panel of guests on deck for their second show in the District. A bunch of my friends and I are going and have been counting down for weeks! Whether or not you listen to the pod (you should), this would be a wonderful girls night–plus, the food at the venue is really good.

10/26 for all mac and cheese lovers! I honestly think this is ridiculously expensive for what it is but I wanted to include it in case anyone was looking to splurge on some kind of outdoor activity! General admission ($40) gets you unlimited drink tastings but all mac and cheese is a la carte. The other two options come with tickets for some mac and cheese!

A unique combination of chefs and makers, where you can eat and shop from some great local businesses. The vendor list is impressive and this would be a great place to make a dent in holiday shopping!