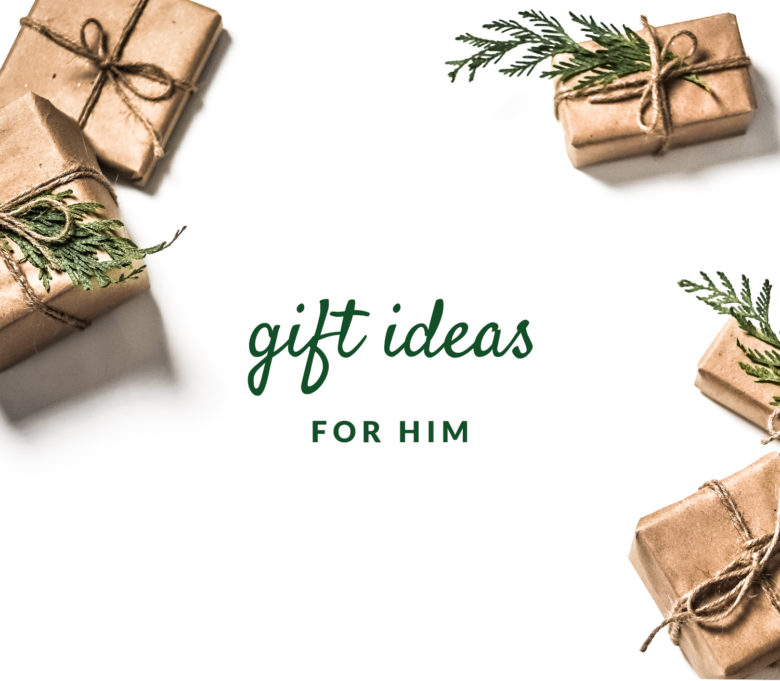 Following the same format as yesterday’s 20 gift ideas for her with a post for the guys! J and I tag-teamed this and most of what’s featured are things he owns–they were either a gift from me or something he discovered and purchased himself. Unsurprisingly, many things are on sale over the next few days so hopefully you can do what we’re doing and make a serious dent in your shopping lists (and/or snag a couple things for yourself)! 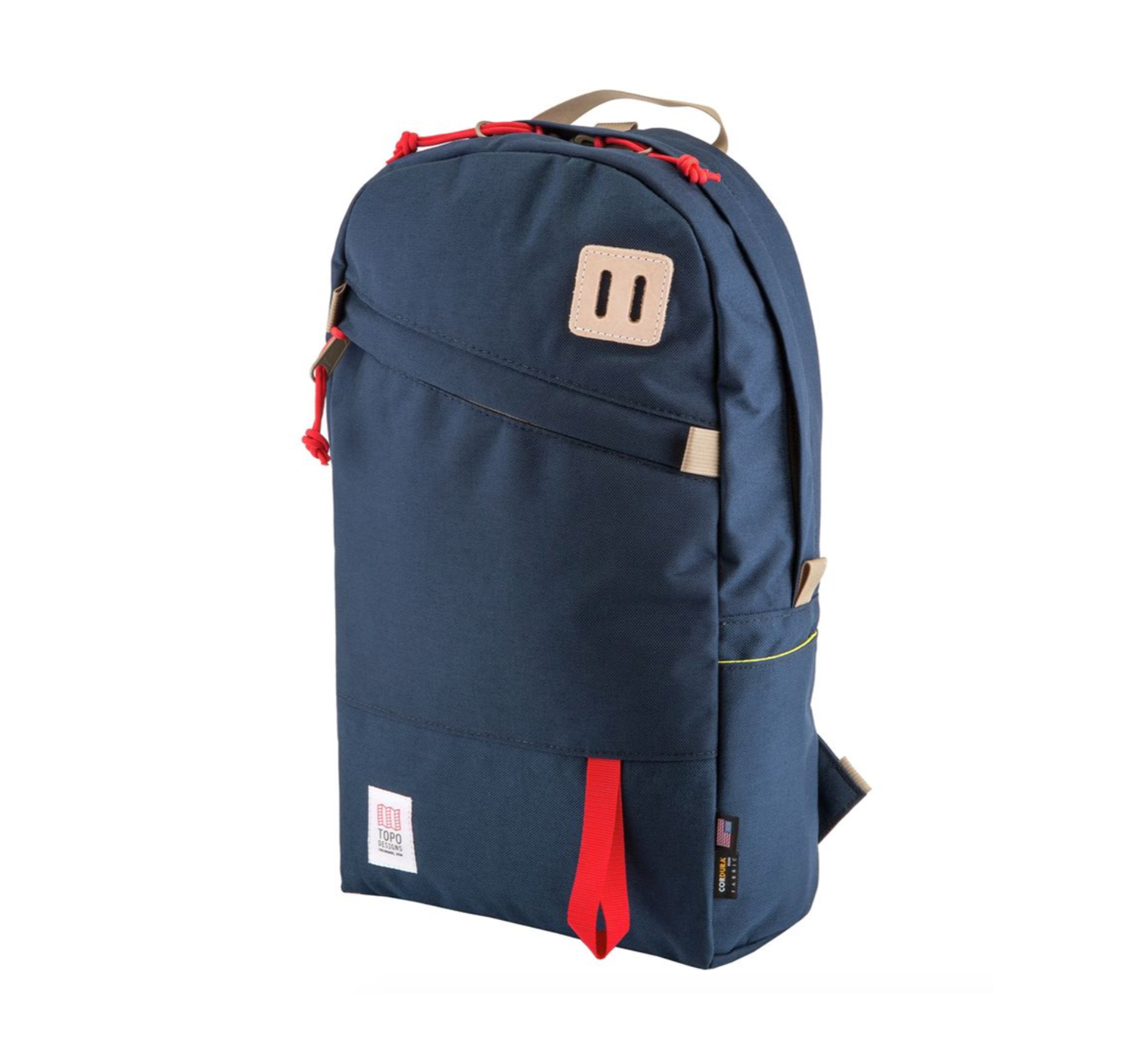 J says: Monica bought me this backpack a few years ago and I use it as my everyday commuting bag. I think it’s great. It fits my work laptop (bulky 15″ Windows), headphones, a couple of notebooks, and my computer charger, plus it has 2 exterior pockets that can hold a narrow coffee mug and an umbrella. It’s great for travel, too. The only downside is there’s no zippered outside pocket and the interior pocket is about the size of a small pencil case. 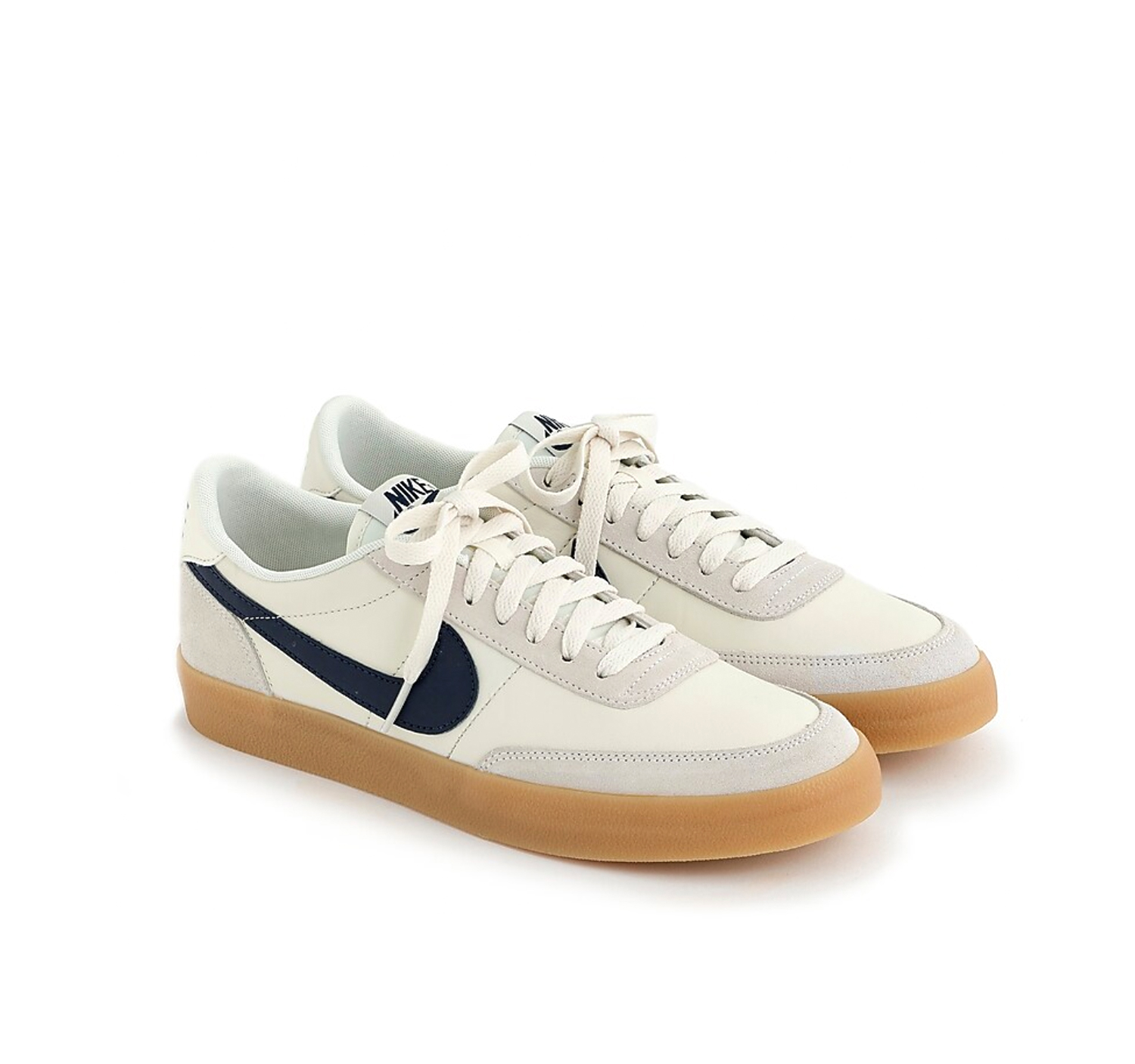 There’s a reason these shoes are so popular…J needed a “nicer” pair of casual sneakers and I was initially skeptical about the heavy-looking soles, but they turned out to be great in person! He even bought them in green soon after. 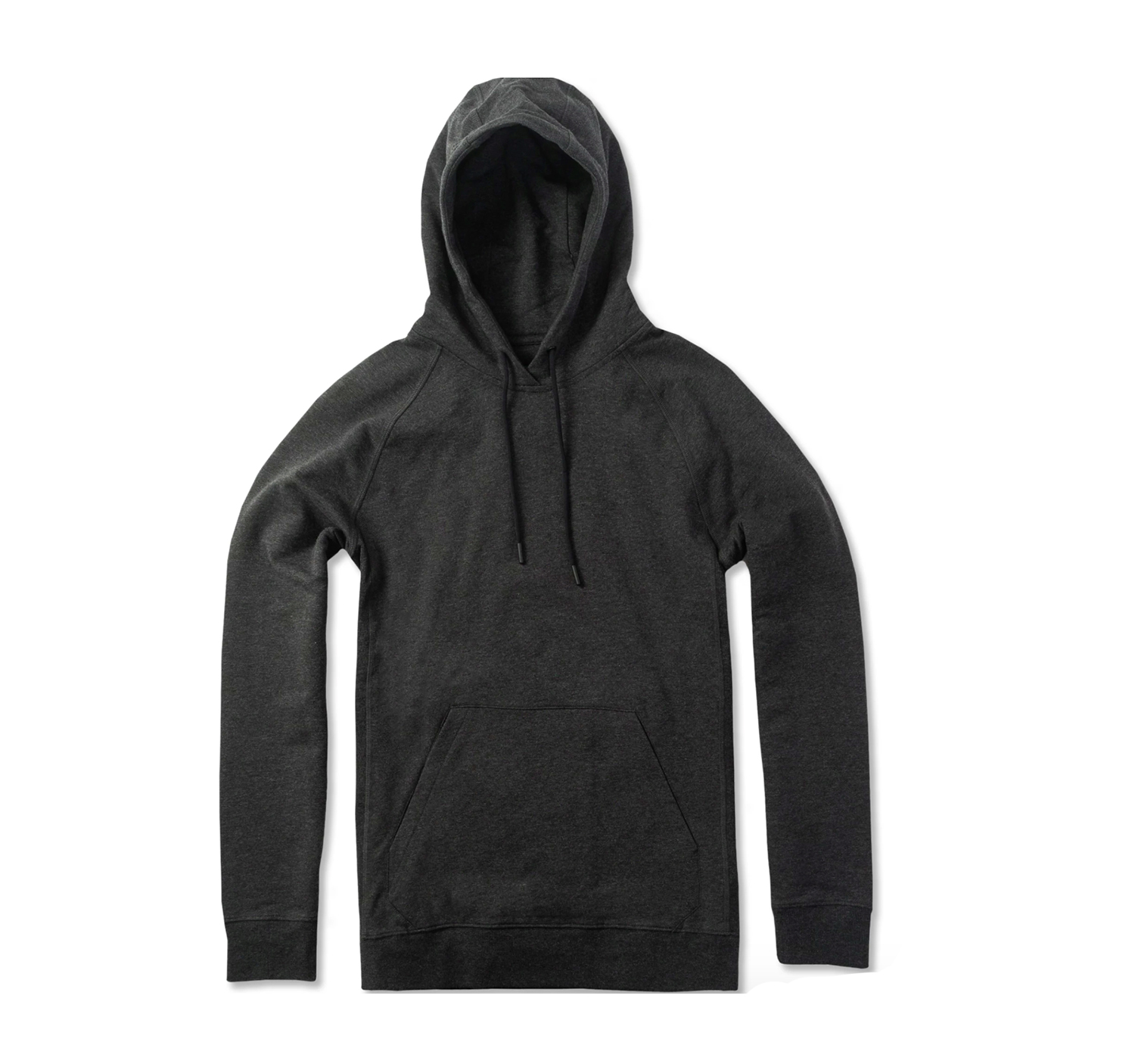 J says: I have several pieces from Myles including: a number of their gym shorts, 2 pairs of joggers, 2 henleys, 2 t-shirts, a pair of socks, a crewneck sweatshirt and this hoodie (that was more than I expected when I started to list this out…). This hoodie looks great, is very comfortable and is super versatile. I’ve used it for everything from running errands to going to the gym to taking Millie out for a walk. 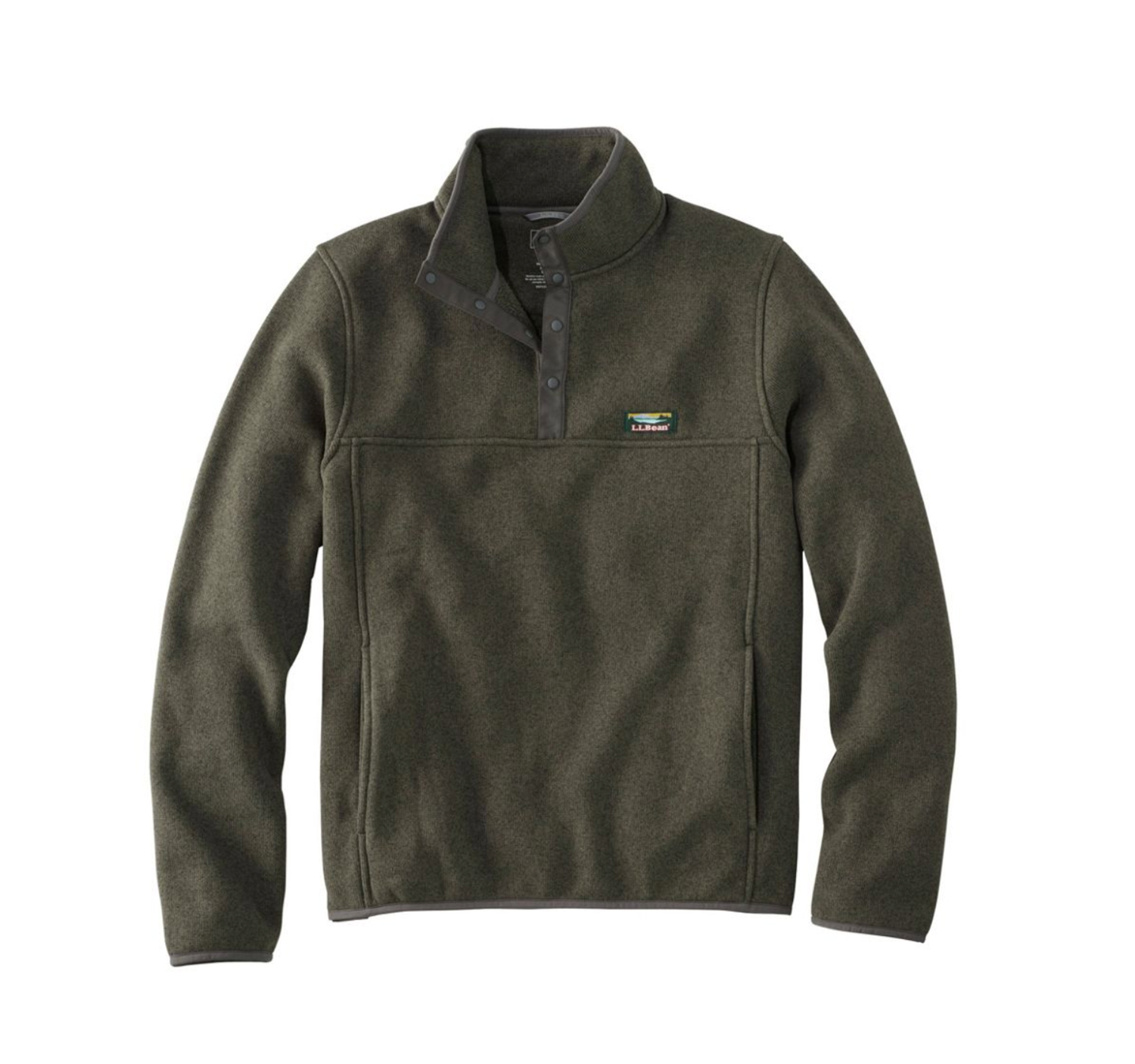 My beloved Sweater Fleece is just as good for men as it is for women! I haven’t met a single person who doesn’t love theirs (I’m wearing one of mine as I write this) and J literally sold his similar Patagonia and North Face styles after adding one of these to his closet a couple of years ago. 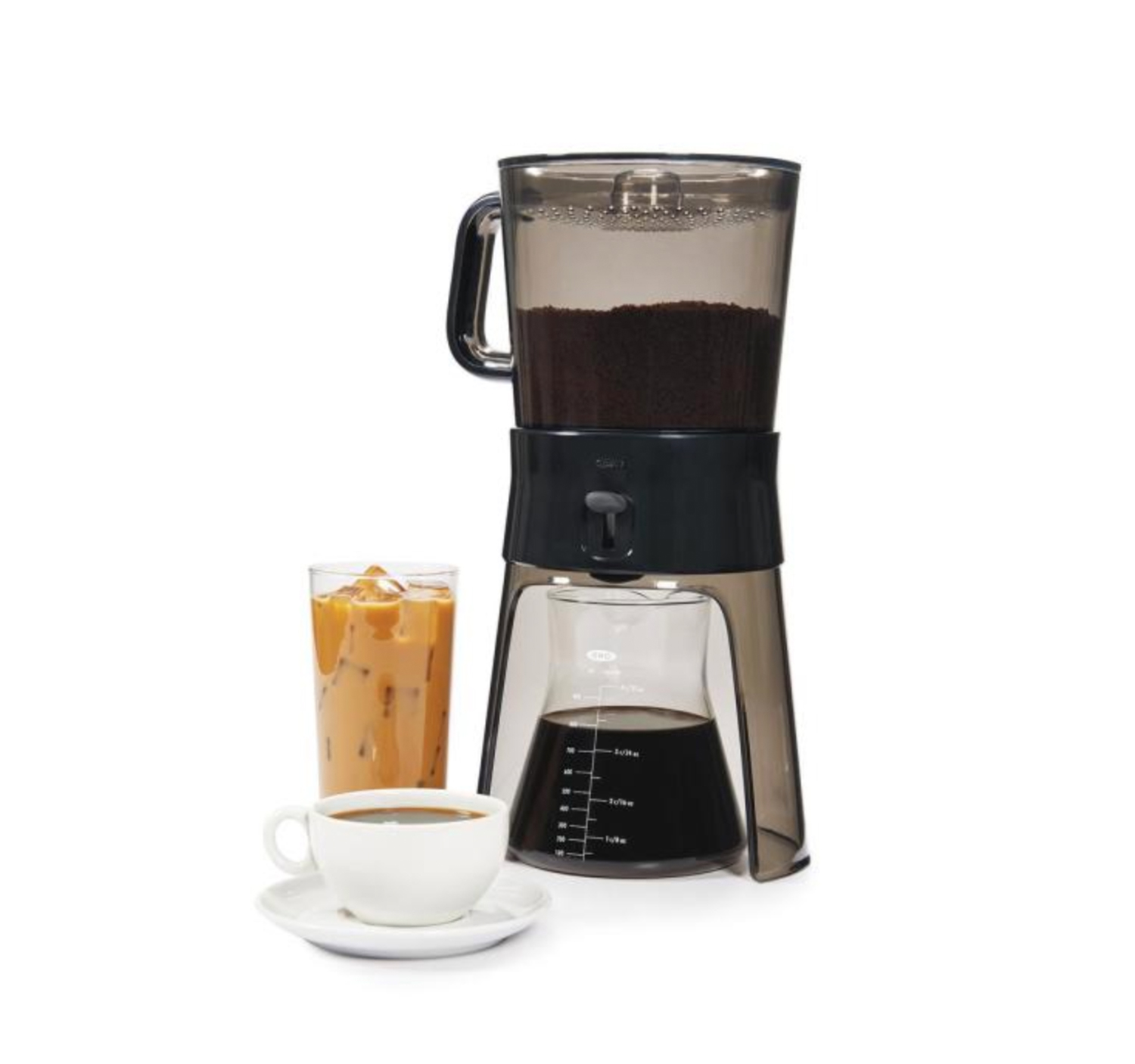 J says: I’m not too particular about coffee but do enjoy iced coffee in the summer (and even sometimes when it’s cold out!). It’s simple to make, and the only real issue is that you have to remember to steep it 12-18 hours in advance. Right now I use this and it’s fine, but the basket with the grinds lets water through a bit more now than when I first got it so I’ve considered getting a new model. Wirecutter recommends this one from OXO and if I didn’t have to worry about limited counter space, I’d give it a try. 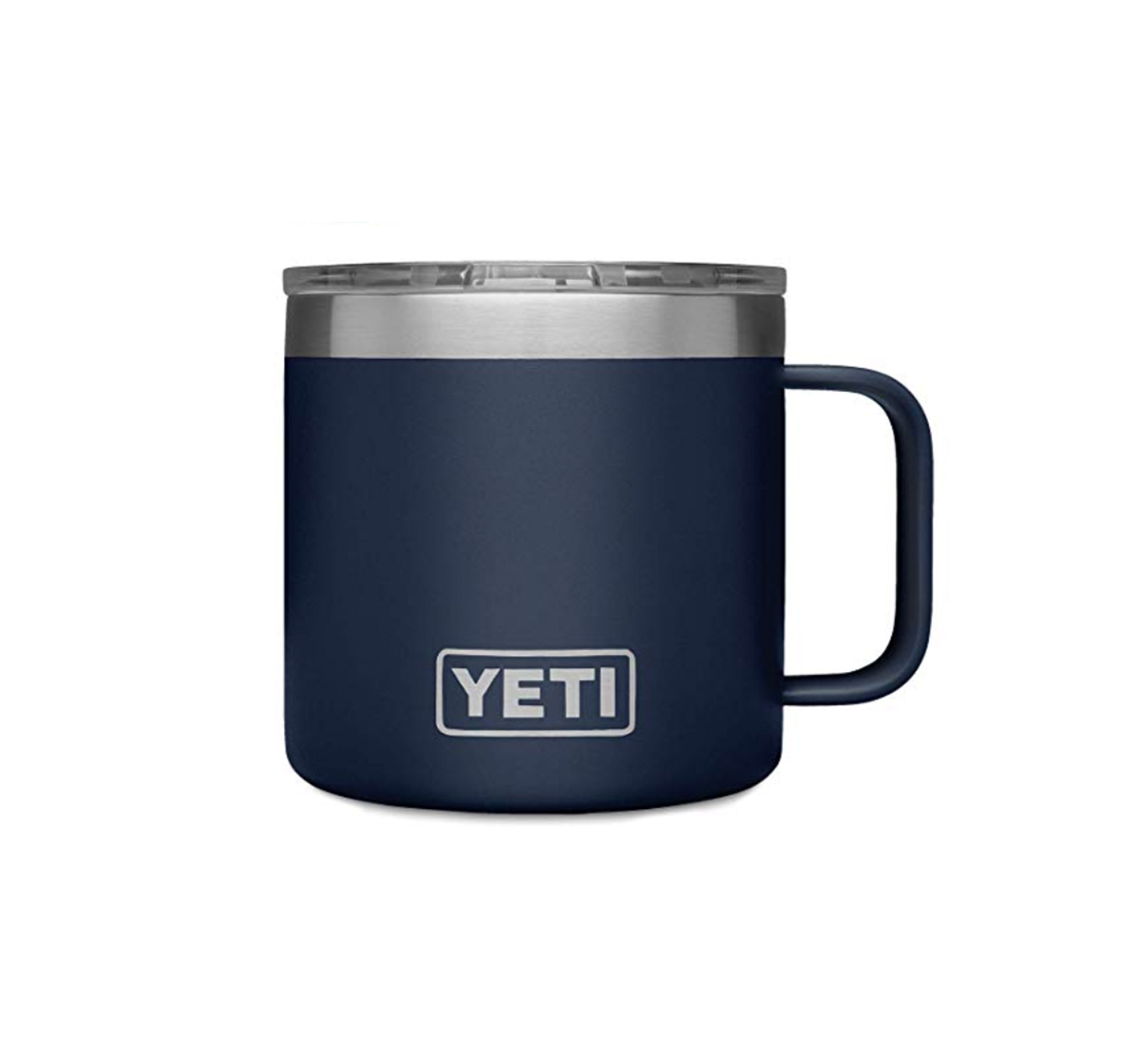 For the aforementioned coffee, and any hot beverage! I love the $25 price point, that it’s dishwasher safe, and that it’s available in so many colors. 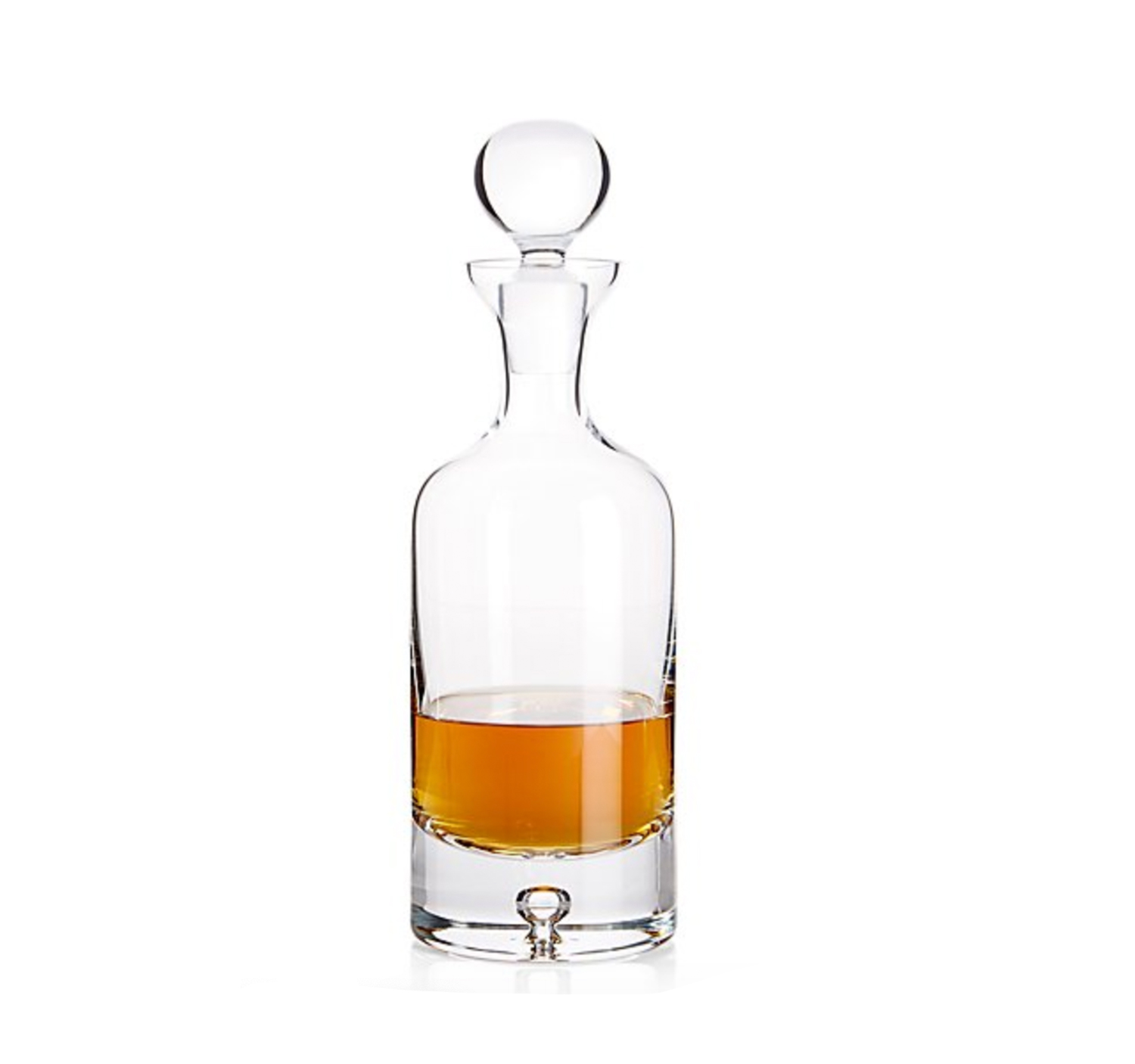 J says: Continuing the them of items that would be cool if we had the space, I have always been fascinated by whiskey decanters and this one from Crate and Barrel looks great. Now, I should note, that there is not really a practical reason to empty a perfectly good bottle of whiskey into a separate unmarked bottle, as far as I can tell, but for those Mad Men fans in your life, there certainly could be worse gifts. 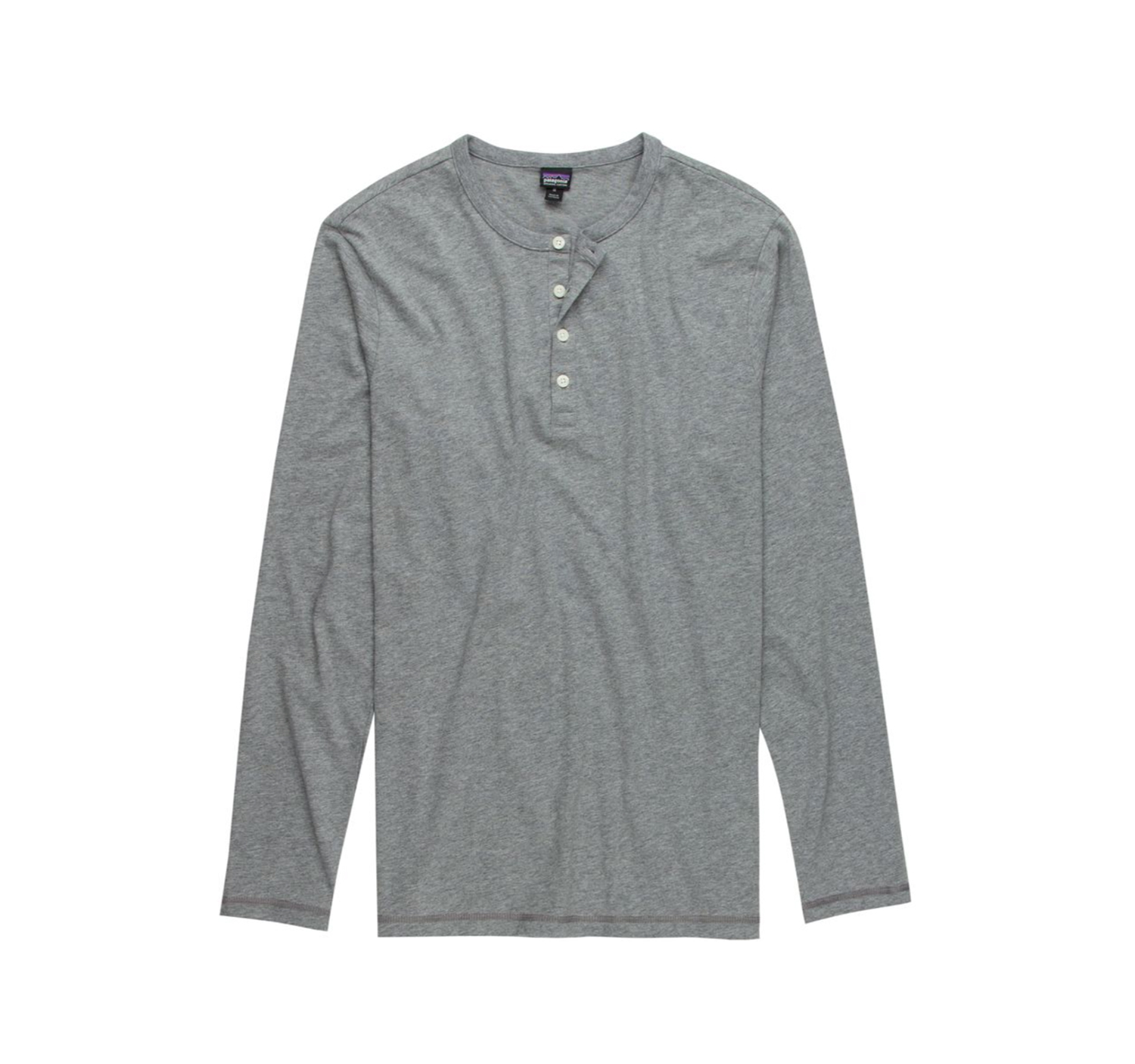 J says: Monica recently referred to this as her favorite of my henleys (and I have a number), so that’s really good enough for me. It’s 100% cotton, lightweight, and fits well. (Editor’s note: I am obsessed with this henley.) 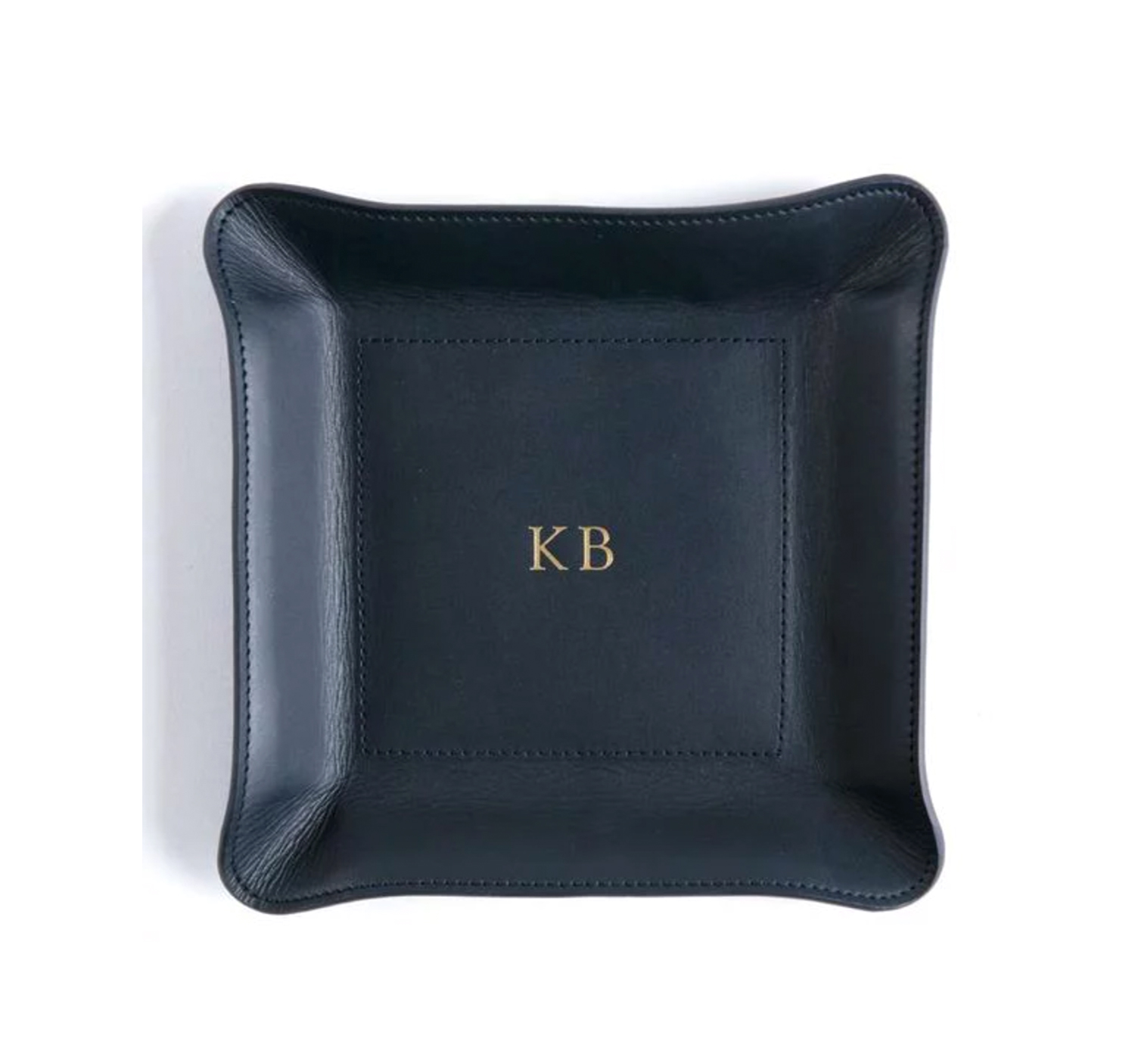 Messy nightstands are the worst, making this both a practical gift for him and a good one for you if you like things tidy :) Nice catchalls are weirdly pricey so I’d say stick with something neutral and well-made since it’s literally always on display. My primary crossbody bag is by the same brand and the quality is excellent! 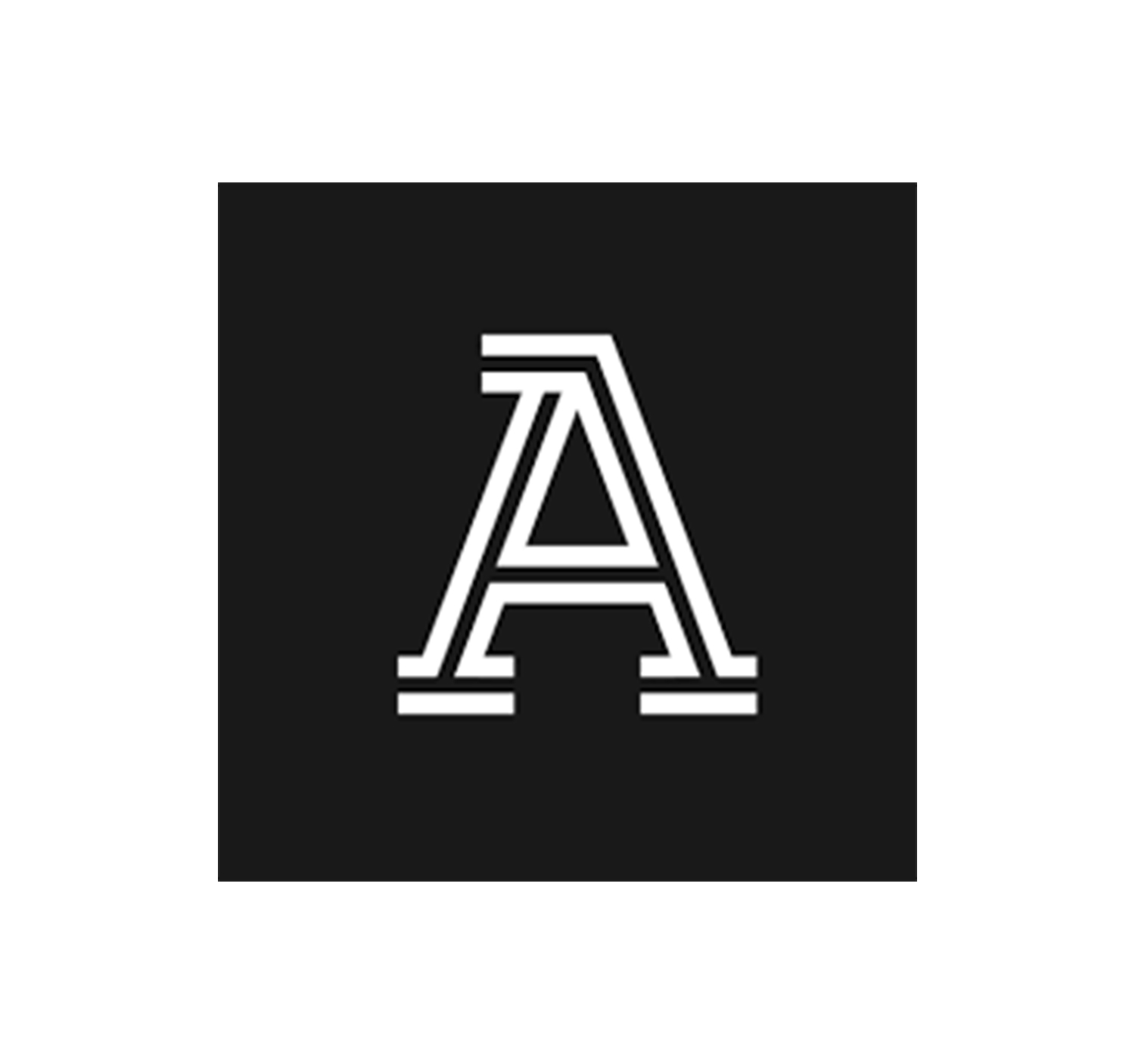 J says: This might be a little niche, but when it comes to great sportswriting online, sometimes you have to pay a little to get the good stuff. I try to be judicious with my subscriptions but what sets The Athletic apart is the the quality of writing and that the subscription means that there are no pop up ads or auto play videos, just black text on a white background. 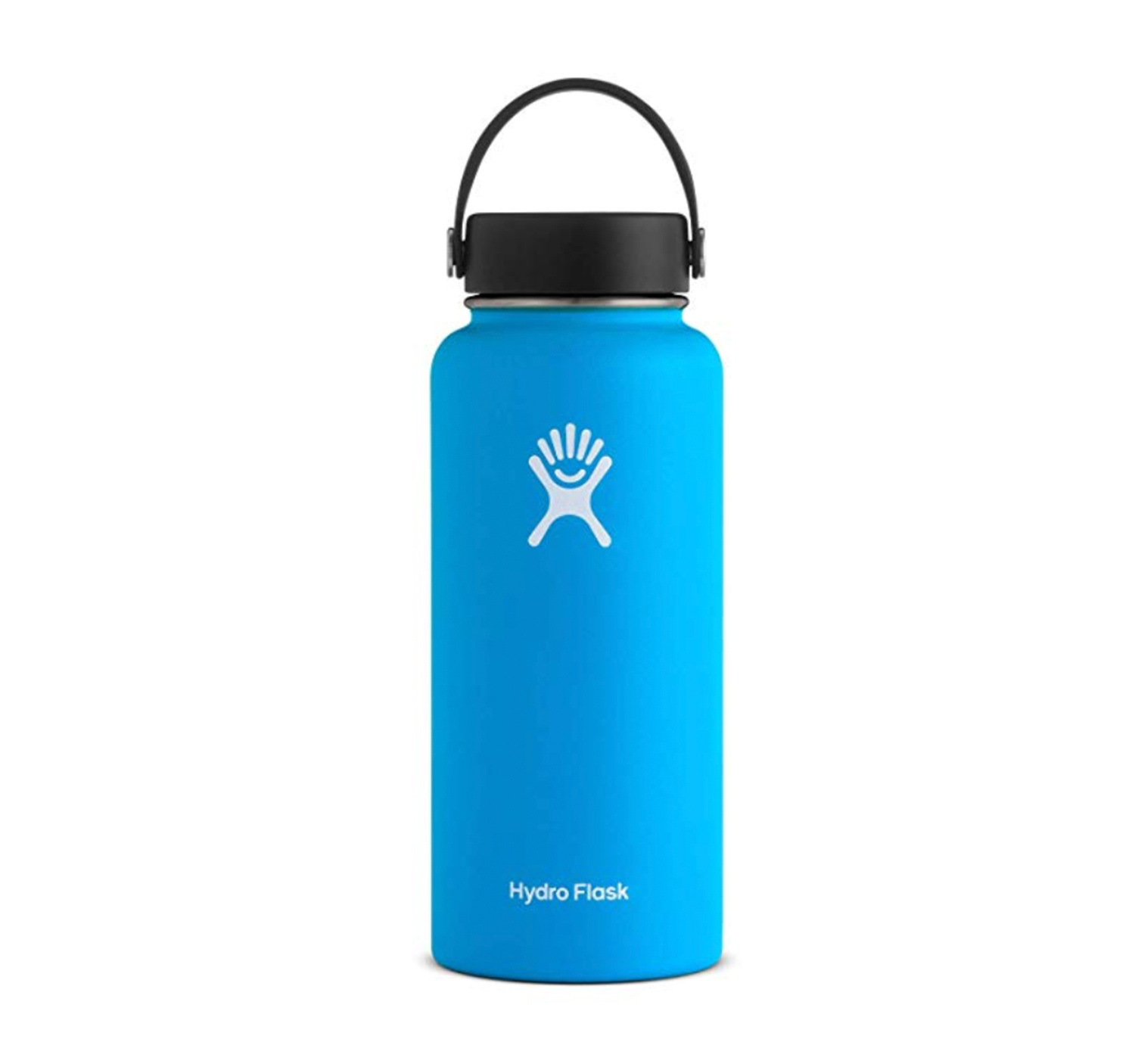 J says: I use this every day at work and have found it to be sturdy, plus it doesn’t sweat and it doesn’t leak. When it comes to a water bottle, that’s about all you can ask for. 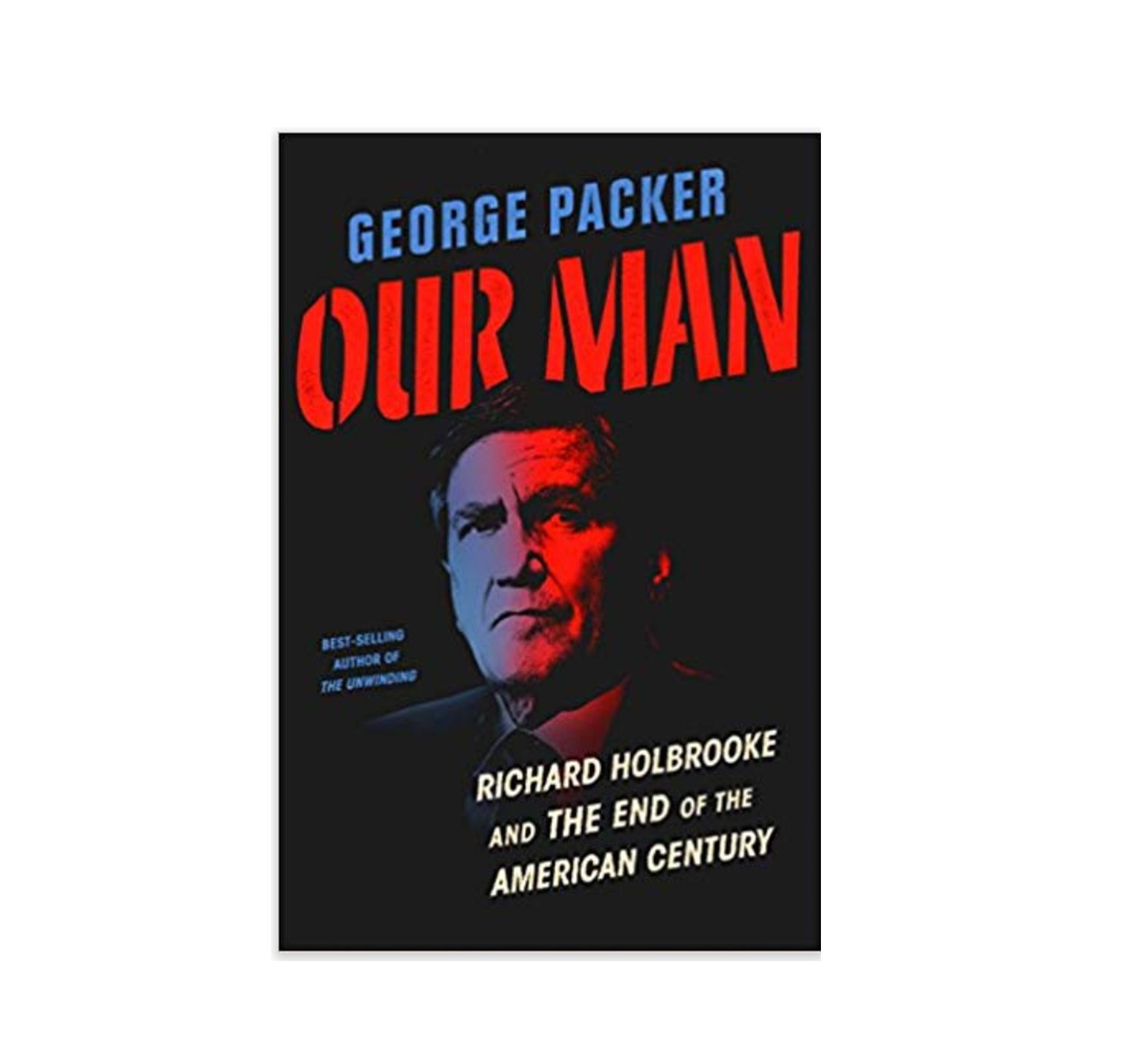 J says: A great read for foreign policy and history buffs! Holbrooke was a character – an enigmatic but very talented diplomat, whose personality propelled his career but at the end of the day kept him from getting the job he wanted: Secretary of State. This book tracks his life while also giving a great glimpse of certain aspects of American foreign policy from the Vietnam war onward. 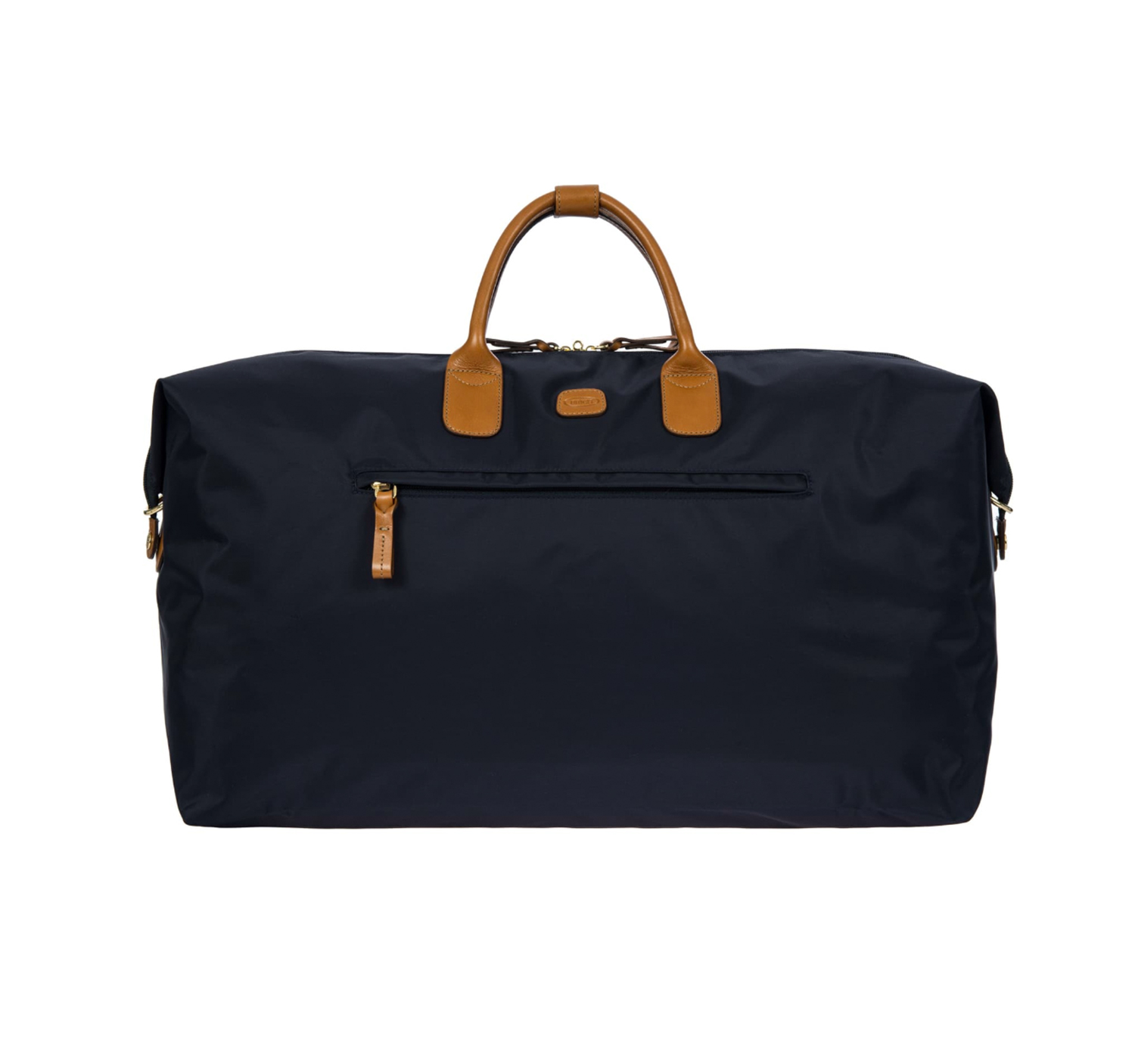 J says: Monica bought me a similar bag a few years back and I use it as my primary duffel carry-on whenever we travel and don’t use a roller (I have this and it is also awesome). I can fit a weekend’s worth of clothes into my Brics and it is lightweight enough that the bag itself hardly adds any extra bulk. 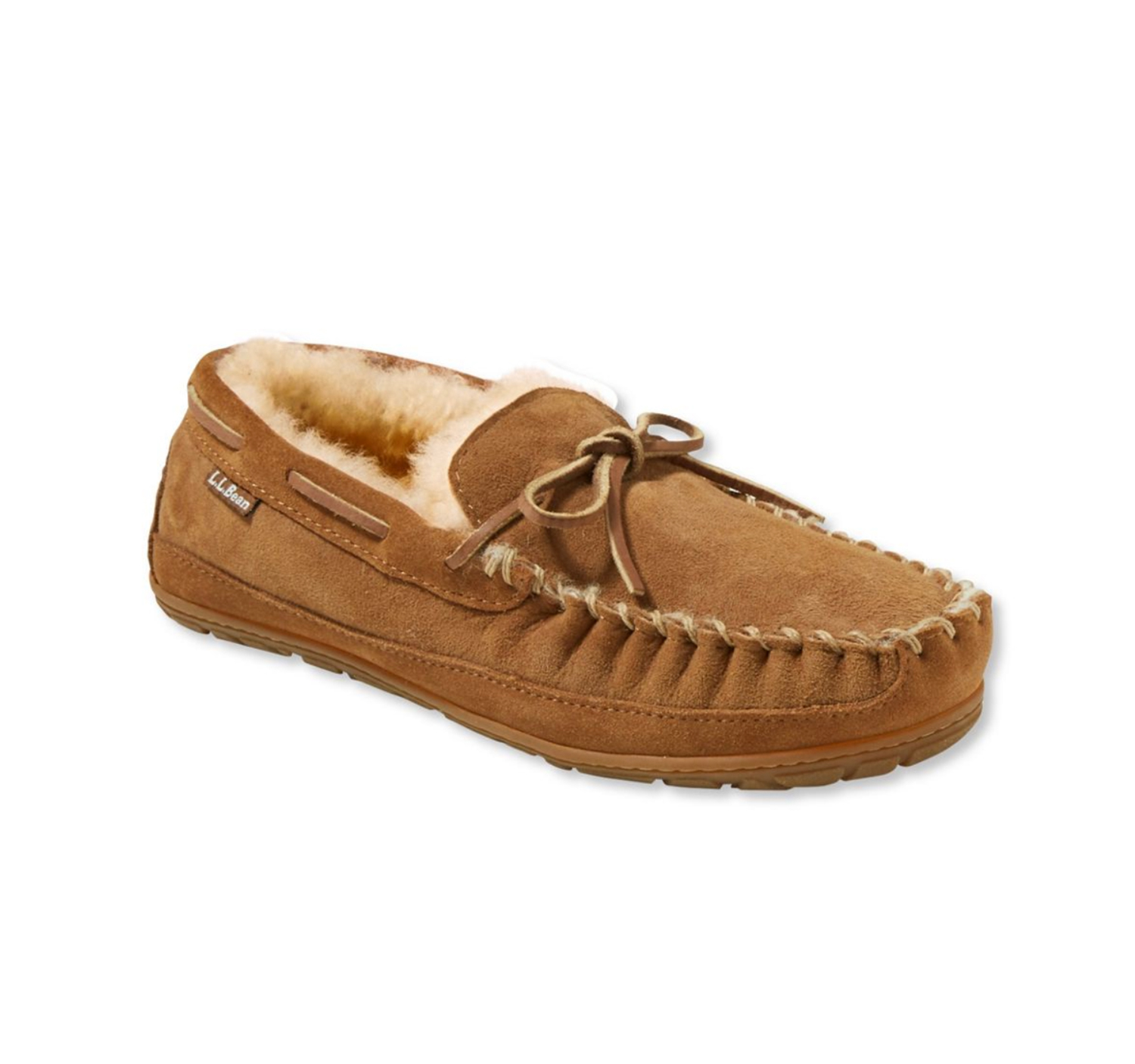 J says: I share Monica’s love of all things L.L. Bean and these slippers – which she also bought for me (a theme of this guide!) – are great. I only really wear them in the winter since they’re quite warm but when in comes to being comfortable, these slippers really can’t be beat. J says: I came across this brand after reading about them from someone who lived out of a backpack and travelled around the world. Though we have a much less adventurous lifestyle, I still wanted a good shirt to use while traveling. I have one now, and am definitely looking to add to my collection. (Editor’s note: I was skeptical at first because J did not need another button down but LOVE these shirts! It’s one of the best-fitting shirts he owns.) 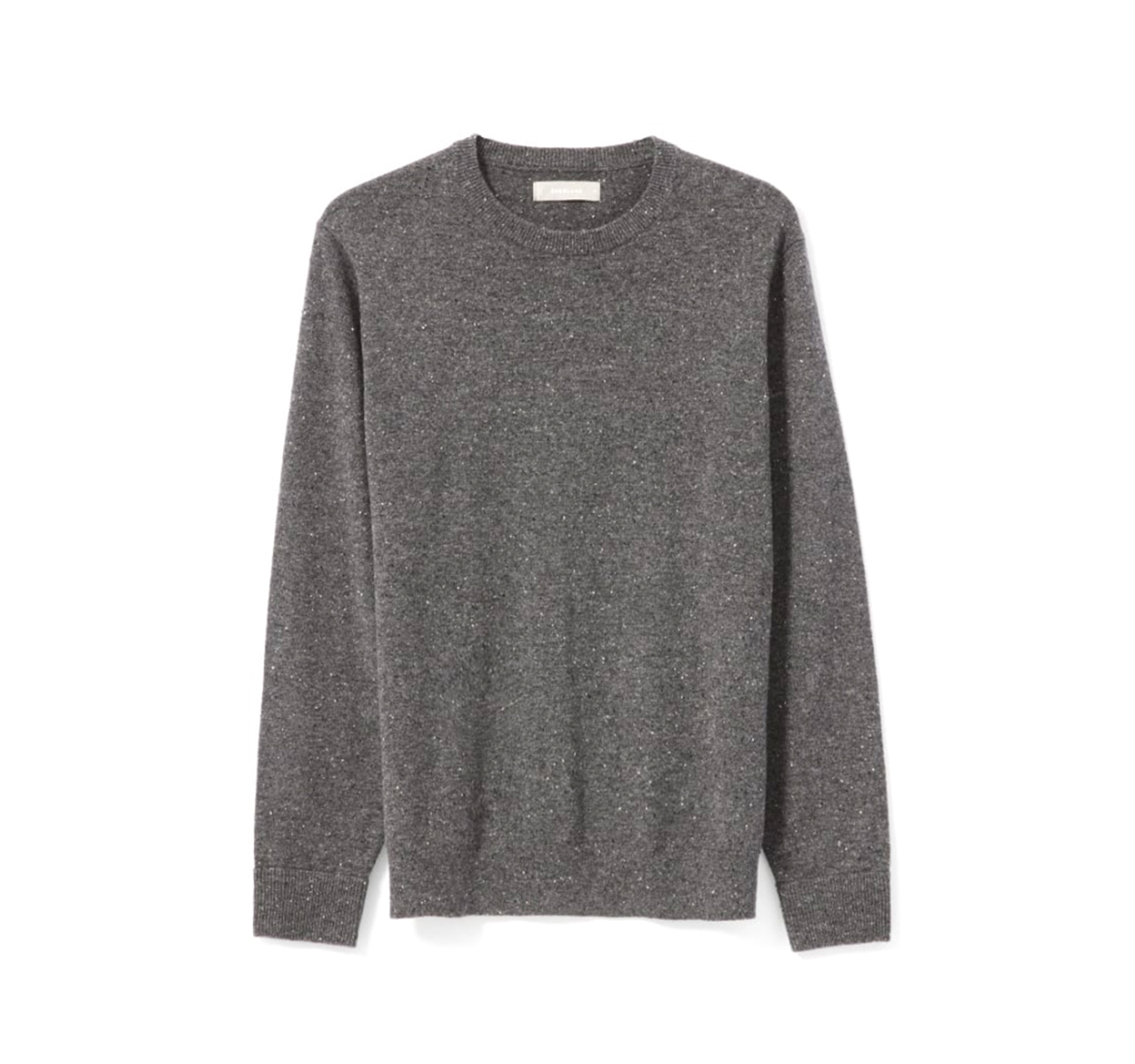 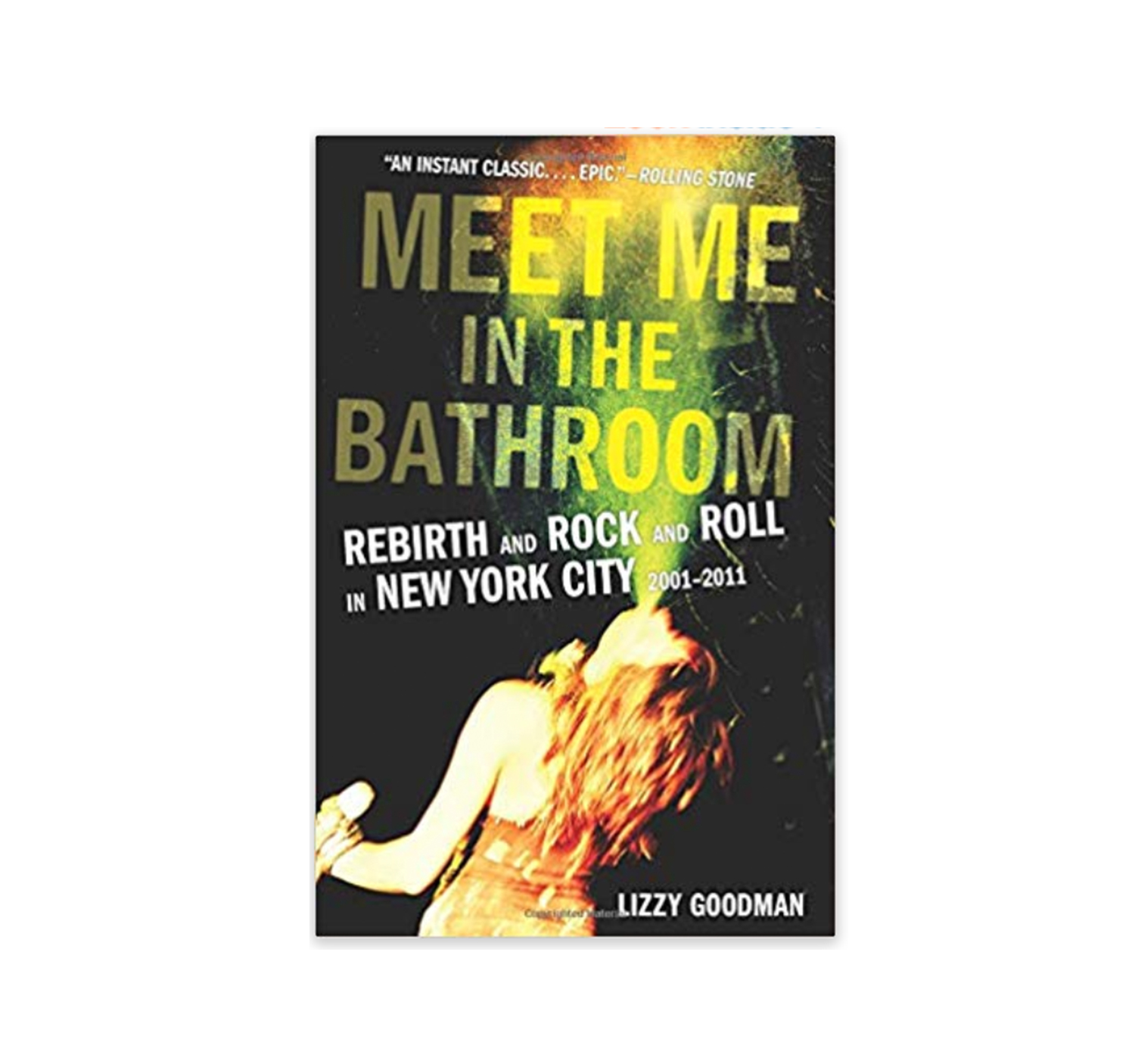 J says: Most certainly not about military – or foreign policy – this book is an oral history – as the title notes – of rock and roll in New York in the early aughts. You get to hear firsthand from people who were there at the time – the artists, music journalists and studio execs – about how bands like The White Stripes, the Strokes, LCD Soundsystem, Interpol and dozens more grew, became popular, and influenced many folks of a certain age and background.