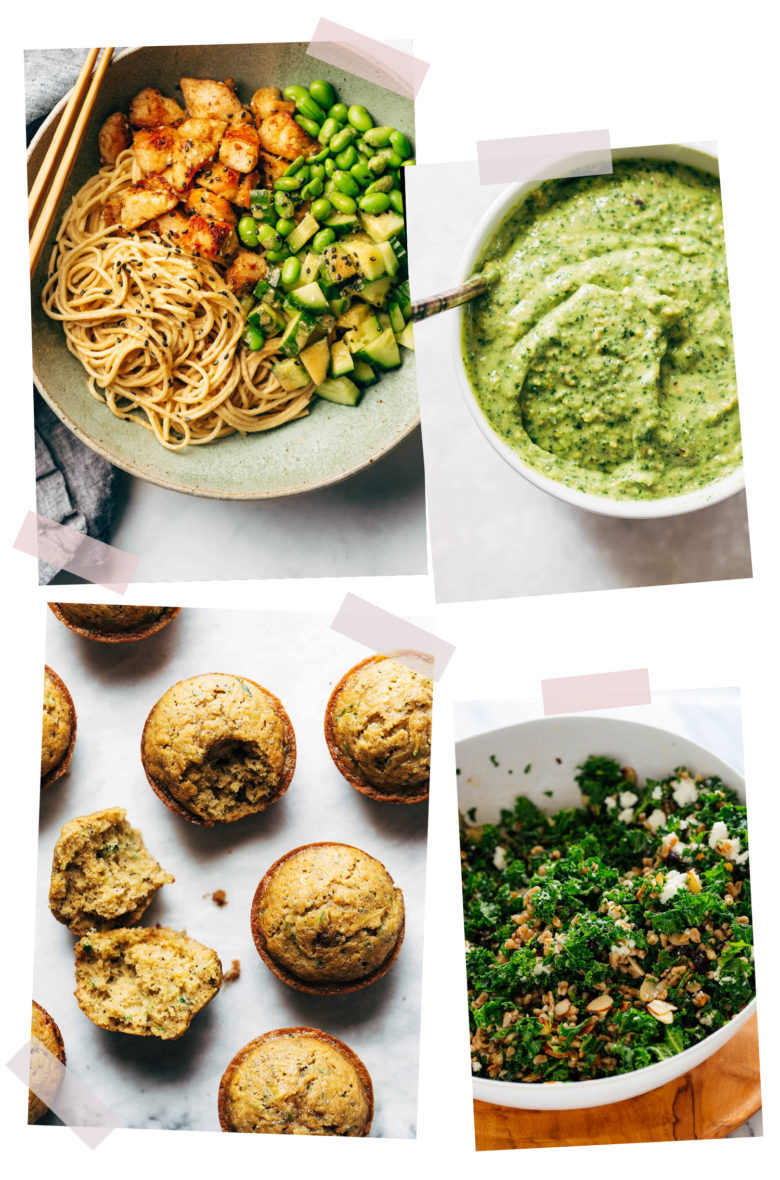 Something I–along with many other bloggers in this space, it seems–want to focus on this year is more intentionally starting and following through on different post series. I’m happy with how consistent A Quick Chat With… has been in 2019 (and there are no plans of stopping!) but there are a few others series that I’ve started in the past and ended up abandoning after a handful of posts. One of them that saw just two posts was a variation on weeknight dinners–here’s the “most recent” one–it’s literally a year old–and I’m bringing it back because I love the idea of sharing our regular eats more often on here. It’s something I do often on Instagram (there’s a highlight called Easy Eats, if you’re interested) but as we get increasingly more into expanding our cooking skills, I’ve love to share some of the hits over here! So consider this a new series that’s actually here to stay: Recipes I Tried And Liked!

Merritt has posted about this salad (among other Cookie & Kate recipes!) a few times on her IG Stories and I caught this in late December when we were about to grocery shop after a few days away. The idea of a delicious salad sounded great (because #holidays) and both J and I have been weirdly intimidated by kale because of it’s gritty texture and bitter taste. I figured five days at home before starting work for the new year would be the best time to get over this unreasonable mental block so we picked up the ingredients, got to massaging our kale, and are now total converts. We made two huge batches of this back to back and it was so easy! The salad is filling, is a great base for protein (if you choose!), and doesn’t require obscure ingredients–everything besides the kale were things we already buy regularly. Plus, kale keeps well as leftovers and arguably tastes better the next day, even once it’s been dressed. Not having to take a little container of dressing to work is a huge plus and makes this a solid choice for office lunches!

I don’t love cooking chicken at home when it’s not in the Instant Pot but was pleasantly surprised with how much I enjoyed this recipe! Maybe because it’s kind of reminiscent of takeout? Or that it doesn’t require a ton of ingredients? For whatever reason, I loved the simplicity and as the recipe states, it’s perfect for meal prep–a major selling point for us.

This sauce definitely lives up to it’s “magic” name as far as I’m concerned! I normally try and stay away from sauces or dressings that require pricey ingredients but we had a huge bag of pistachios and avocados on hand the first time we made this and now I’d happily buy both ingredients specifically for this recipe! As the post indicates, you can really eat this sauce with most things…we typically add it to all kinds of fish and use it as a dip for snacking with crackers! I do wish it lasted longer in the fridge but the fresh avocados are the barrier there. We’ll usually keep half the batch in the fridge and freeze the other half!

Apparently we’ve been gravitating towards A Pinch of Yum because this is inadvertently my third highlight from there! I guess you could say I saved the best for last because these are hands down one of the best muffins I’ve ever made! There was a point last year where we made them almost weekly for a couple of months and I’m craving one again just typing this out. Anything that sneaks in veggies and masks them well is a win in my book, and these make the perfect breakfast or afternoon snack. The zucchini and olive oil also keep them really moist, which can often be an issue with some muffin recipes (has anyone else had some not so great issues with ones requiring whole wheat flour…?).

Any recipes you’ve been loving lately? Leave them below!

P.S. I pin up a food-related storm on Pinterest–follow along!

P.P.S. Cocktails to go with your dinner.