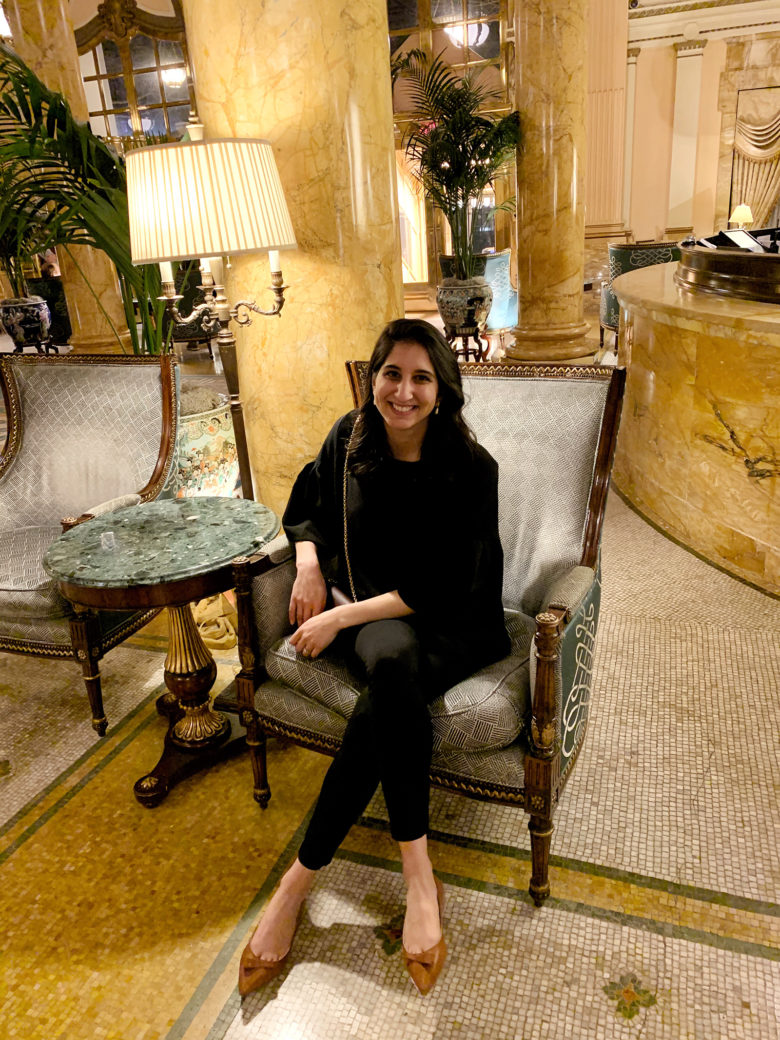 I’ve been stewing on some DC-centric content for awhile now and figured it was time to finally start sharing some of it, even though it doesn’t feel “finished” enough to publish! As is the case in any city, things are always coming and going and there’s so much to see and do, so it’s challenging to create these “lists” or “guides.” I often get asked about places to eat and drink in the city and while I have this page of restaurant recommendations, wanted to go a little more niche and compile my favorite date night bars. Obviously these aren’t exclusive to date night–I’ve been to all but two with friends as well! Hope this is helpful if you live in the DMV or are planning a visit…if you’re familiar with the area, leave your favorites in the comments below!

DRAM & GRAIN // A relative newcomer that made an amazing first impression! J and I planned to order one drink and grab burgers across the street but ended up sticking around and getting food, too. The space is like an upscale speakeasy and there’s both a full bar area and a cozy fireplace room. We sat at a table in the latter and had a wonderful little date night…they take reservations, the service was amazing, and they give you a little complimentary house drink (that changes by the day) soon after you sit down. We had high hopes because the people behind the neighboring Jack Rose are responsible for Dram & Grain (and The Imperial, the sit down restaurant upstairs)–it fully delivered!

CHURCHKEY // A great spot for a casual night–we’ve been going here for years and it never disappoints! There are tons of booths and while you’ll likely have to linger until one opens up at busier times, I’ve always gotten a seat and love that there are so many non-bar seat alternatives. ChurchKey is known for their extensive beer list (it’s really impressive, and they have different sized pour options) but their cocktails are good, too–not to mention the food menu. Everything is delicious and it’s a cozy spot for a drink or bite!

QUILL // There are many well-regarded hotel bars in DC but Quill is my favorite lesser-known spot! It’s in The Jefferson, a beautiful boutique hotel on 16th Street that’s just a reasonable walk to many of the city’s major sites. There’s a pianist after 9pm Tuesday-Saturday and it’s much less touristy than the next two on this list. If you’re looking for a more low key and intimate, but still luxurious hotel bar, this is it. 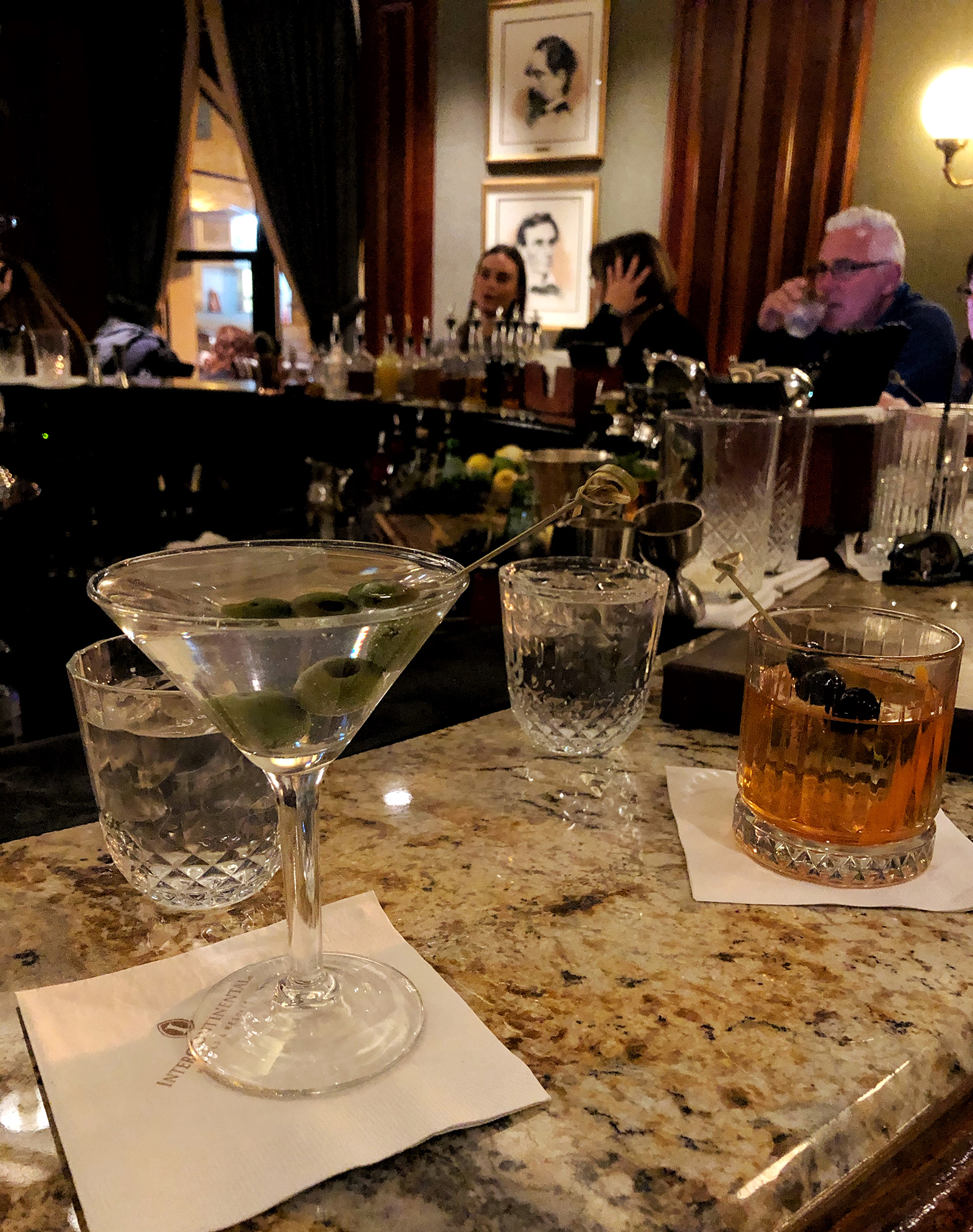 OFF THE RECORD // A DC institution, and rightly so. Off the Record is located in the basement of The Hay Adams hotel (directly across the White House) and the walls are filled with caricatures of the city’s elite. It can be pretty touristy, especially in the afternoon, but is one of my favorite places to bring visitors who have an appreciation for a great bar and an experience that’s quintessentially DC. I’ve also done a girls night there!

ROUND ROBIN // If you can’t already tell, I have a soft spot for hotel bars and couldn’t make this list without including the Round Robin bar at The Willard. We were actually just there last weekend! It’s right on the other side of the White House and based on the location and reputation as a must-do in DC, it can get pretty touristy depending on the day and time. That being said, we always have a great time when we do go–it’s usually once a year (typically around the holidays, as the Willard lobby is beautifully decorated!).  The bar itself isn’t huge so there’s usually some lingering before snagging seats, and there are also a few surrounding tables if you have a larger group or don’t mind sitting a little bit off the main bar.

DENSON // We haven’t been here in awhile but J used to live in the neighborhood and went to Denson a handful of times. I’ve admittedly only been once but it was a notably good experience–the service was phenomenal, the drinks strong and good, and the manager even gave us his card saying to email him if we were planning to come at a busy time and he’d have seats set aside. Not sure this would actually happen but I really appreciated the effort he was making to engage with everyone at the bar! There are so many chain or overly touristy spots in Chinatown and while we don’t make it over to that part of the city too often any more, I like knowing that Denson is right by the Verizon Center if we want to grab a bite or drink before an event!

A couple other places I’ve wanted to try but haven’t made it to yet: The Alex (The Graham’s speakeasy), The Dabney Cellar (the restaurant is incredible and I’ve heard the cellar is equally charming), and Harold Black (speakeasy above the yummy Aqua Al 2). Leave your picks below!