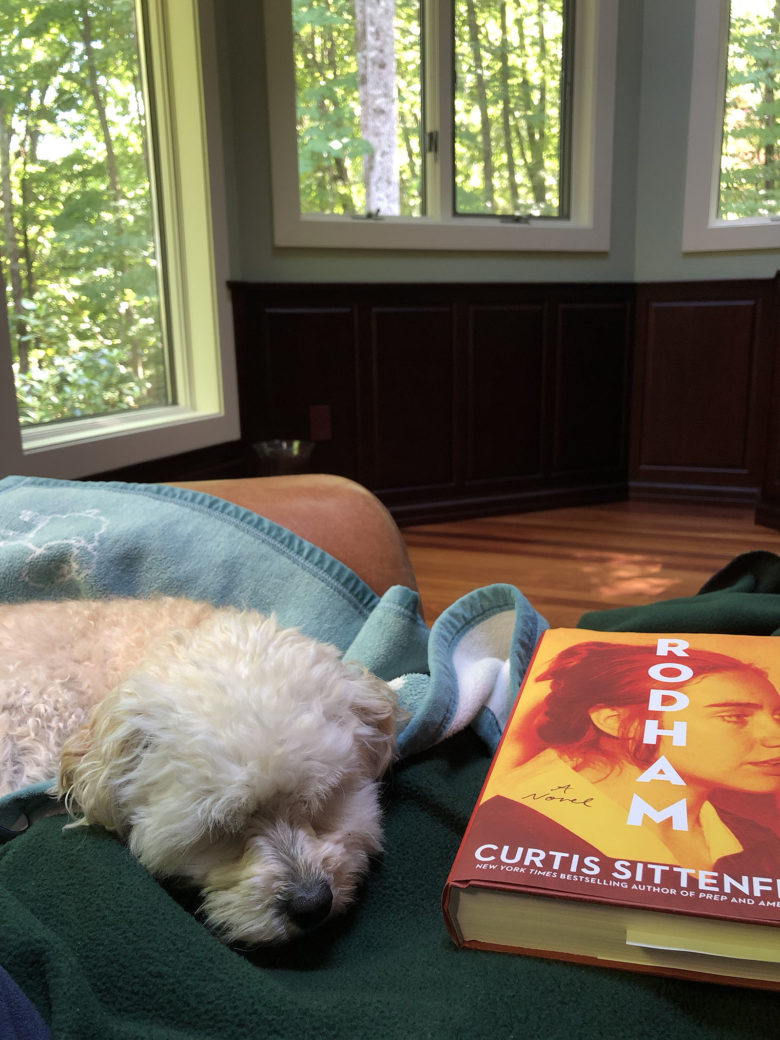 Hello and happy Monday! I’m back after nearly two weeks off from posting (save for this quick one on Thursday) and wanted to share a little bit about what’s been happening around here lately. This seems to be the case for a lot of people, but I really hit a wall in the beginning of July. I don’t know when exactly…maybe a few days after the 4th? While the first few months of social distancing weren’t exactly fun, I feel like I was pretty good at keeping busy and staying content; my priority was to take advantage of the slower pace and finally have time to pause after being go-go-go for so long. And then things kind of changed in early July…I was having trouble putting a finger on what it was, but it seems (based on social media and via some other blogs I read) that others have felt the same. Grace articulated a lot of my thoughts in this post and I guess it’s just this renewed sense of dread and uncertainty, not knowing when things will really get better because most of us thought we’d be closer to the end of the tunnel by now. We’re back in DC after 9 days away and I’m determined to get back in a routine–so sharing some happenings as of late!

We’d planned to be in Maine for part of last week, and had actually booked the trip at the end of May–cautiously optimistic it would feel safe to travel again! We’d originally planned to fly (with the Companion Pass), and then switched to driving in mid-June. Maine is requiring a negative COVID test that’s taken within 72 hours of your trip and we initially thought that DC may end up being excluded from the states who needed to comply with that order…but it became increasingly clear that wasn’t the case.

I was really disappointed as this trip was a glimmer of “normalcy” after four months at home, but we made the best of it and still opted to take a trip up north. We went to Long Island and stayed with our close friends who have been quarantining just as aggressively as we’d been, and I made a day trip to Connecticut with my bestie to buy my wedding dress! (More to come on Wednesday–I’ll do a full post about it!). After a few days on LI, we drove to J’s parents house in Massachusetts which has been empty for months. It’s really in The Berkshires and despite being a born and raised city girl, I’ve come to love the environment and lifestyle even when the closest grocery store is a significant drive away. The change in scenery did wonders for us, and it was made even better by being able to bring Millie along with us.

Back in the spring when quarantine had just started kicking into high gear, Rough Day sent over a few bottles of their rosé, chardonnay, and pinot noir. I shared them on Instagram a few times but wanted to highlight them here in case you’re looking for a really good affordable vino for…well, rough days and not so rough days! The chardonnay isn’t oaky and is really crisp, and the rosé isn’t super sweet and is perfectly refreshing. I haven’t tried the pinot noir yet but if the other two are any indication, think it’ll be a hit :) These were gifted, but I’ll 100% be rebuying on my own dime. You can see where they’re sold here–all bottles seem to retail for under $15!

This sounds like the most mundane thing ever, but I bought a printer towards the early part of quarantining and it’s proven to be one of the best purchases I’ve made all year! We’ve needed to print some wedding-related things and I’ve been selling a bunch on Poshmark, plus I ended up making some fun “ask” cards for my “maid of honors” (in quote because we’re still figuring out exact roles!). This is the one we have…it’s really compact, which was my number one priority. I keep unplugged and tucked under our side cart, which lives right by my desk.

I love a good coffee table book and have amassed quite the collection over the years, but a recent purchase quickly became a new favorite: Summer to Summer. My friend Jackie wrote a wonderful post about it so I’ll point you there if you want to see a sneak peek, but it’s a beautiful book featuring a selection of picturesque summer homes. It’s pricey but was worth the splurge to me–not only is it beautiful to look at, but I feel like there’s a more eclectic collection of styles than I’ve seen in decor-related books and I found myself taking several notes of inspiration.

P.P.S. We’re getting ready to send out our save the dates this week–here’s my paper suite inspiration!