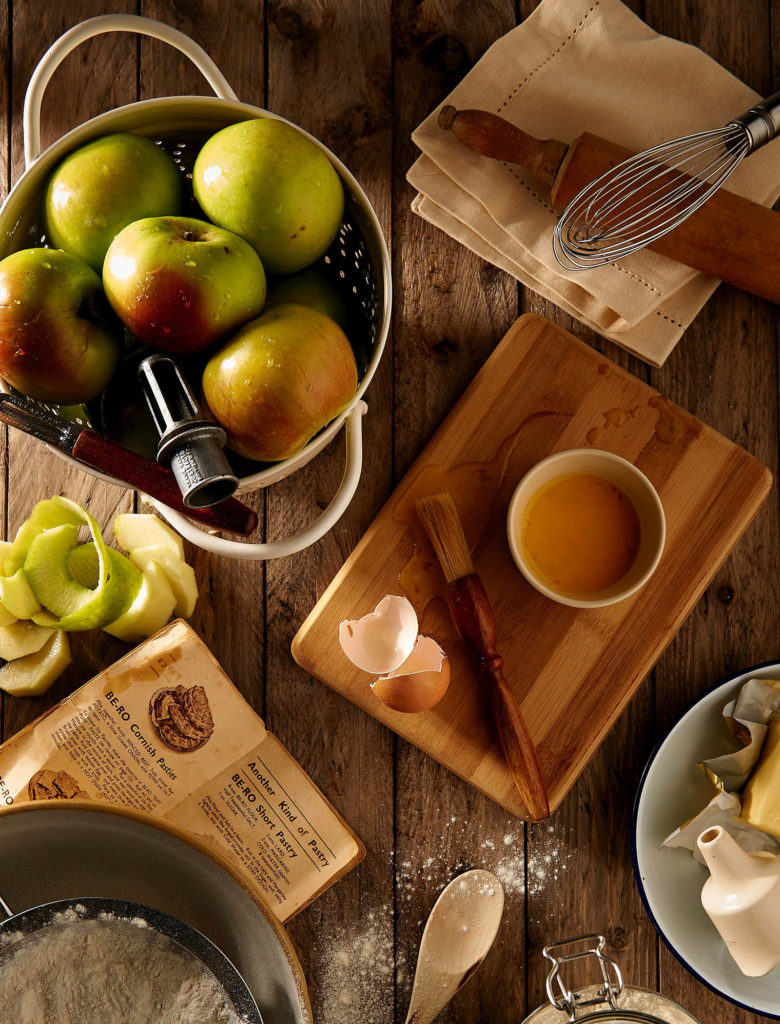 While I’m not one for owning many random kitchen gadgets and appliances, I wanted to highlight some of our most used items because as much as we’ve always cooked at home, these items have never worked harder than they have this year! A couple are more recent purchases but all are things I’d 100% buy again. Something has to be pretty well-regarded for me to let it into our tiny apartment so hopefully this is helpful if you’ve considered buying any of these items yourself!

P.S. Our dutch oven isn’t on this list because to be honest, I’m still trying to figure out when to reach for it instead of a standard large pot for things like making pasta and boiling veggies. I don’t regret buying it one bit–it’s been amazing for the soups and similar dishes we’ve made in it! Claire convinced us that this was the best one, and I need to take a page out of her book in how often she puts it to use! Maybe it will help us purge another pot or two..! (Also, Claire and I did not plan to write these posts the same day…pure coincidence!)

CAST IRON SKILLET // If you’ve put off having a cast iron skillet because the idea of cleaning it felt daunting, do not let that stop you! We were in this camp for years and didn’t even use ours regularly after buying it. Now that we’ve gotten the hang of cleaning it, we use it constantly. Meat cooks better, fried eggs turn out crispier, and it’s wonderful when you’re cooking something that goes from the stove to the oven.

OUR PLACE “ALWAYS” PAN // This is our most recent kitchen purpose and I cannot speak more highly about it! It’s actually $40 off through today with code SHOPSMALL. I was looking for something to complement the cast iron and hoped to replace a couple older miscellaneous pots and pans in the process. The Always Pan kept popping up and I can confirm that it completely lives up to the hype…we got rid of three other pieces of cookware and it’s easier to clean than any other pan I’ve ever used. It’s also made of nontoxic materials (we’d definitely been ingesting some weird stuff with our old nonstick skillet based on how the coating was chipping) and is really lightweight. We’ve made shrimp in it, but are otherwise still doing meat in the cast iron and using the Always for reheating anything and cooking everything else.

AIR FRYER // This was an early quarantine purchase and I have to admit that it’s lived up to the hype for us! We most often use it for crisping up veggies (so much better than starting the oven in a tiny apartment during the summer) but have also made some things from this book. The only thing we haven’t loved the outcome of is salmon…both of us prefer to cook that directly in the oven!

GIR MINI SPATULA // I read an article a few years ago about GIR making the best spatula, and I definitely stand by that claim! We have the mini and it’s lightweight, slightly bendy, nothing sticks to it, it has a tiny footprint (we have one large spatula and I nearly always favor this one), and it comes in tons of colors. It’s also dishwasher safe and resistant up to 550°F.

MINI CAST IRON SKILLET // I mentioned skillet cookies and brownies in this post on Friday and a mini cast iron similar to this is how we’ve been making them constantly during quarantine. The mini skillet was actually a random purchase several years ago and I never actually used it, but it somehow made it through multiple rounds of purging and I’m so happy we still have it. The only non-dessert thing we’ve used it for is for frying a single egg at a time, but there are probably some really good baked dip recipes out there I’d love to discover!

INSTANT POT // The Instant Pot almost didn’t make this list because we’ve been using it much less these days…I think in part because we usually make heartier, cold weather meals with it, but also because the seal on it has been a bit funky for the past few months and because it’s stored inconveniently in our small kitchen. I’m still glad we have it because it’s really amazing how quickly it cooks everything, and it quickly paid for itself in meals we’d have otherwise ordered as takeout. If you eat a lot of rice, it’s also game changing compared to the stovetop method.

Photo by Andy Chilton on Unsplash