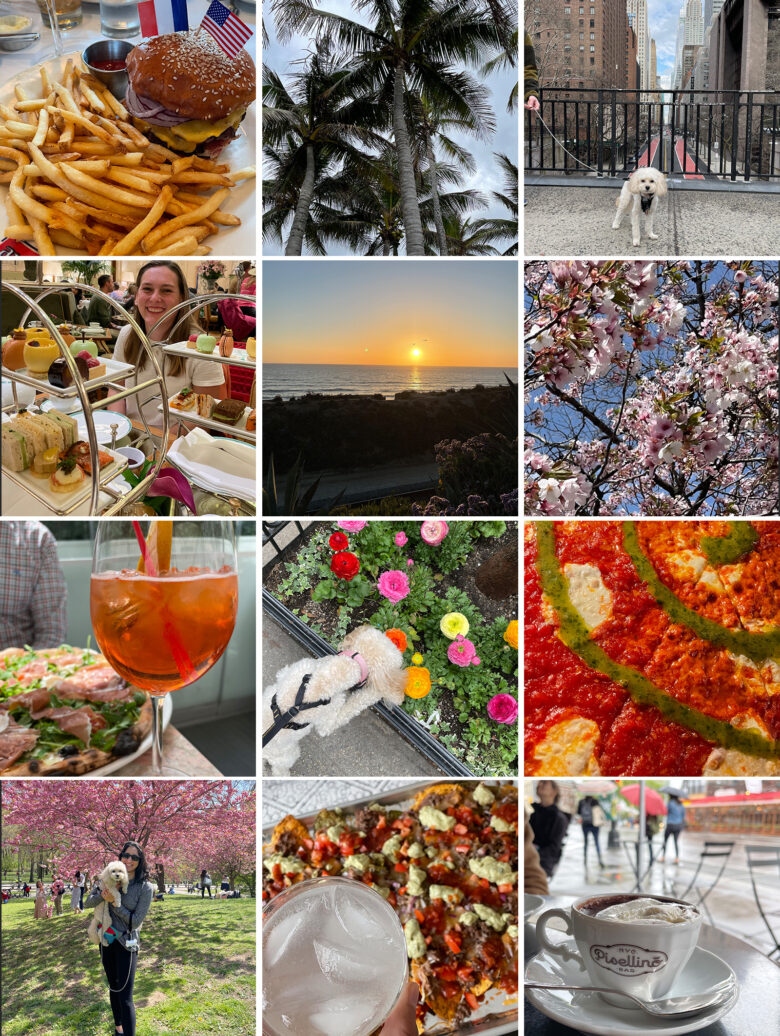 It’s been a busy few weeks over here and a year of big life changes…I’m now fully self-employed! Working for myself has been the goal for as long as I can remember and after years of laying the groundwork, it’s finally a reality. I don’t mean to be elusive, but more to come…my branding and website are still in progress as I’ve been fortunate to pick up some client work to start and am working on a few things simultaneously. I’m still very much in the creative + design space and am scaling the freelance work I’ve done for a long time under a new brand called The Berkshire Press!

All that to say, this spring has mostly about a few short domestic trips, winding down things at my previous job, and starting the new. I can’t believe it’s already May; we’re currently getting our first taste of summer with 90 degree temperatures and this trip that we’ve planned for so long is finally here. I’m looking forward to figuring out how this blog fits into my new venture–I’m not giving it up, despite sporadic posting in the past couple of years–so TBD on that. A little life lately, below!

We leave for our honeymoon on Monday and after almost a year of planning, it’s surreal that it’s almost here! After pretty much every aspect of our wedding was canceled or re-planned, neither of us was letting ourselves get too excited out of fear we’d be let down again. We’ve been laying really low the past week–cases in NYC are getting high again and we don’t want to take any chances. Fingers crossed we’ll be Italy-bound on schedule! I’ll share some highlights from my packing list in a separate blog post tomorrow.

A few weeks ago when J was out of town, I went and picked up one of my biggest vices: a three-topping Dominos pizza (thin crust, but regular crust is a close second). They have a great carry out special and we’ve only gotten it once since NYC arguably has the best pizza in the country. But there’s something about Dominos and when the craving strikes, I’m happy to indulge! They’ve been running a promo where the carry-out special is just over $5–too good to pass up. We’ve done it once a week for the past three or four weeks and it’s been a random, inexpensive thing to look forward to. It’s always fallen on a Friday or Saturday night so I’ve paired it with a Hendricks martini, a combination I very highly recommend.

I feel like I get into TV shows in waves and have had a pretty good run with some series this spring. We’d been rewatching Friends from the beginning as our “lunch time” show and just moved onto doing the same with Parks and Rec. I watched the new season of Selling Sunset (a consistent fav) and we binged the two A Very British Scandal miniseries–would highly recommend. Would also 100% recommend the second season of Bridgerton…I know it wasn’t everyone’s favorite but I loved it (and loved seeing an Indian woman as a lead)!

Adidas Ultraboosts have been my athleisure sneaker of choice for the past couple of years and after wearing my first pair to the ground–they easily clocked several hundred miles thanks to many, many hours of walks during the height of the pandemic–I just ordered a new pair. There’s a running version but I prefer the regular since it’s less bulky but still comfortable. A lot of people seem to wear them with the included insoles but I always put in a pair of Superfeet inserts since I have flat feet and need the extra support. They’re pricey have felt worth it and will continue to be repeat purchase for me!